Thursday; You Know What That Means!

While doing the Daily Diary, my photo software brought back pictures from two years ago today. Sue, Mary, Dianne, and Marsha were waiting for the 1950s show to begin at the Cerritos Performing Arts Center! Mary and Sue have been friends for over twenty years,  Sue passed just six weeks after this photo was taken. 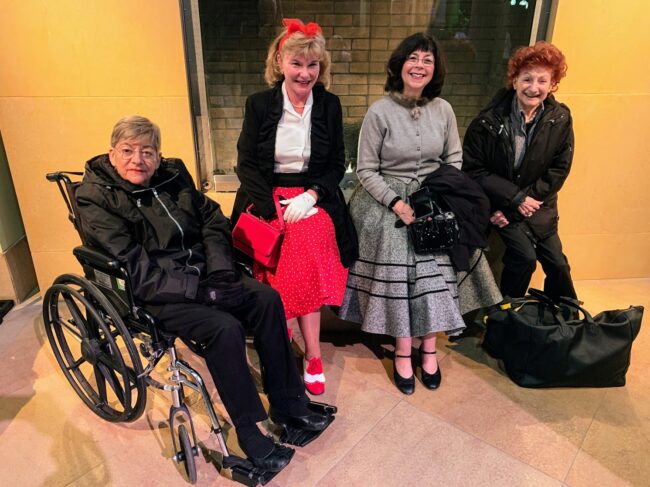 We all met up at the Cerritos Performing Arts Center

Music? Stage? Mary! Dianne! You know what that means; they were doing the twist. I have a video of the activity but I cannot put it up as this is a G-Rated blog! 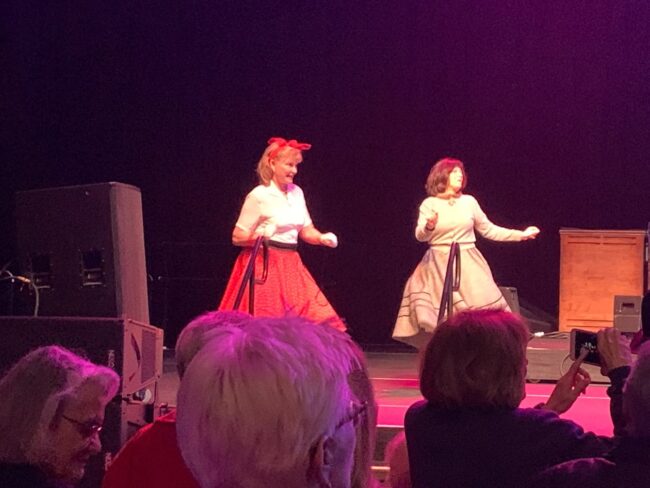 Ratchet forward two years, and here we are at the Santa Ana Elks for Girls Night Out”. We missed the Ash’s today as they were out of town, and the rest of us managed to party on and celebrate until almost two o’clock. 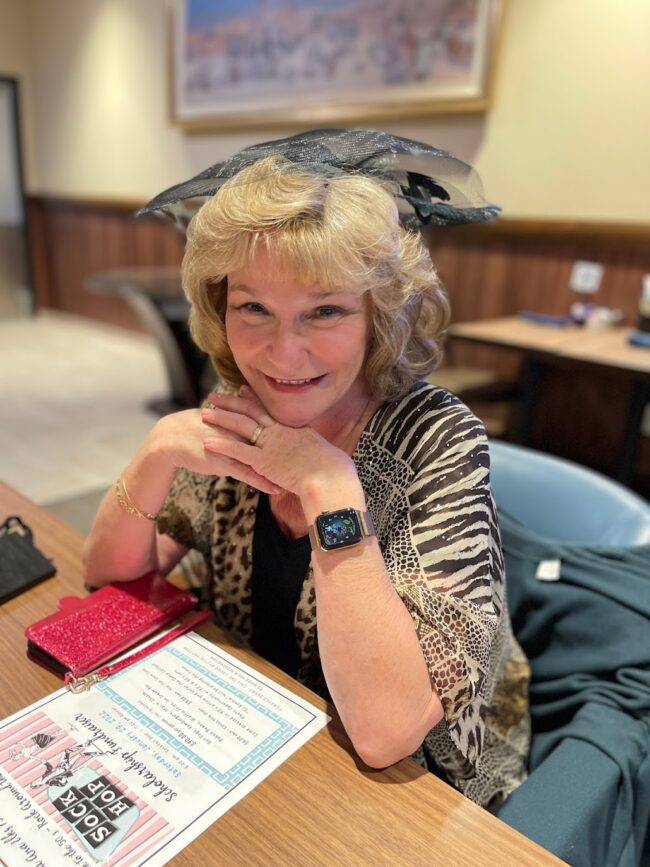 Lunch at the Elks Lodge

I tried the stage settings on the new camera, and it seems to work well; I will have to try some more shots using this new feature. 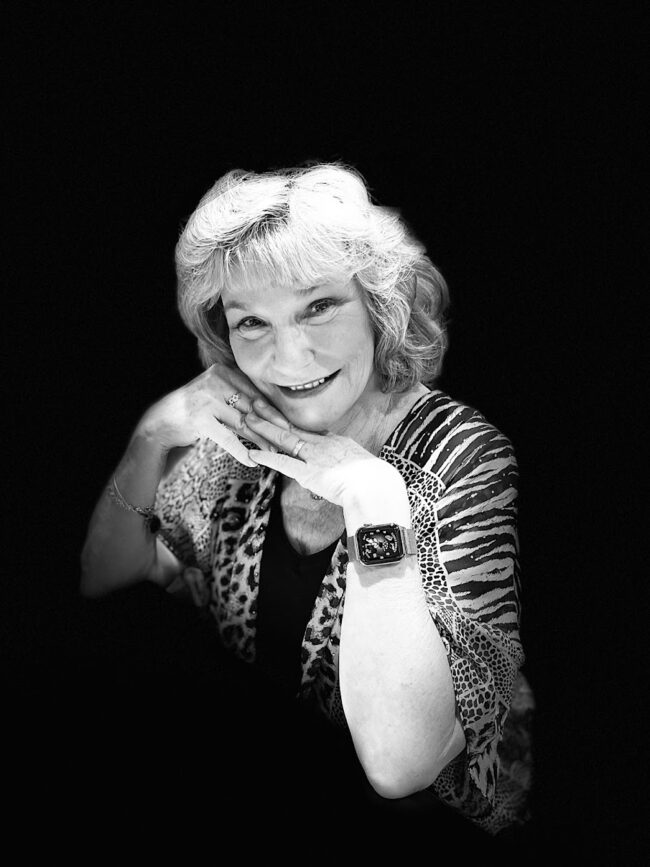 You know, boys will be boys. The picture below was after their first drink of iced tea. 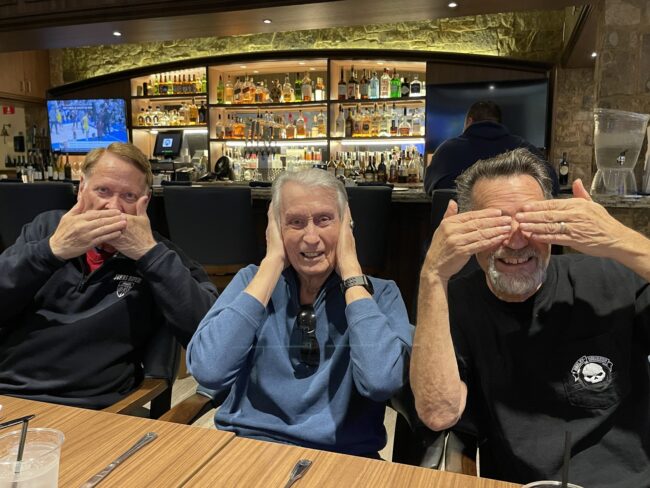 Speak no evil; hear no evil; see no evil! 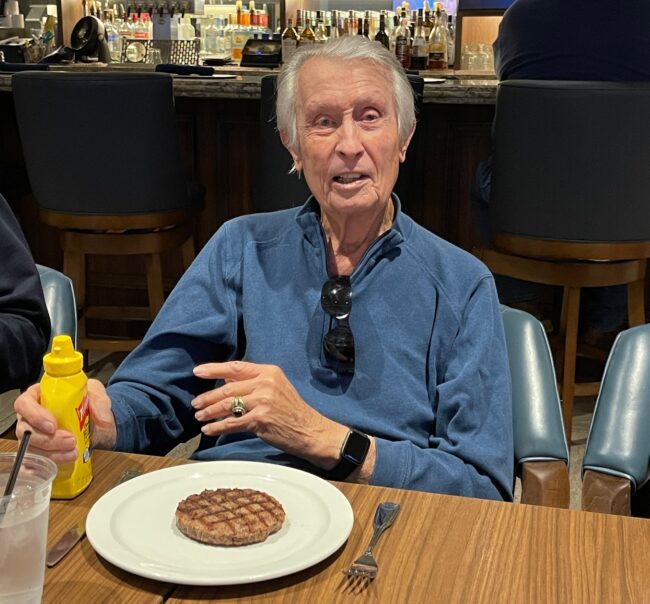 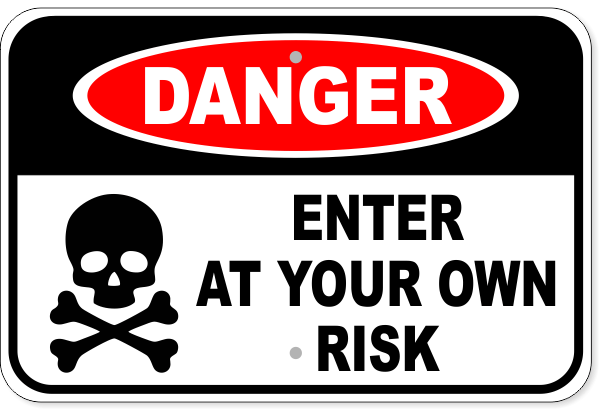 Then we have the reigning champion who attempts to devour his meal in a single bite.   Bill said, “The other day, my wife Mary asked me to take her someplace real expensive to eat, so I took her to the airport.”

Should I mention that we scrutinized the photo and, it was three to five! I voted with the five who thought the right side was teeth! 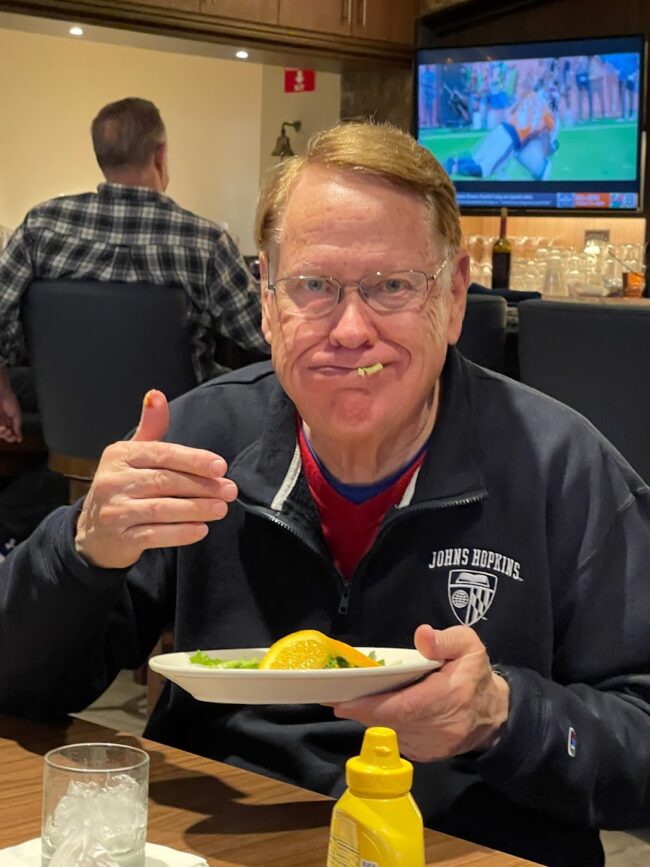 This photo was just AFTER Bill landed his deviled egg in his soup from a distance of two feet!!

His razor-fast response was to check both to the left and right to see if anyone else was watching! 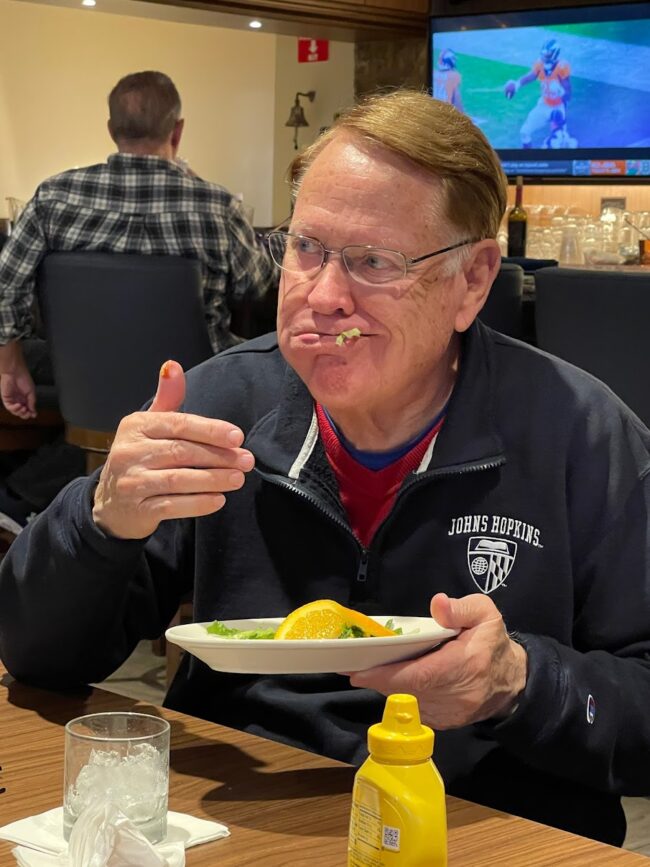 Penny for his thoughts; no, make that a quarter!!

Mary went over the help clean Bill up as the deviled egg made an enormous splash; it was an ostrich egg! Next week we are going to bring Bill an apron.  I plan to bring a newspaper for under the chair.  Bob Z. will bring Bill a change of clothes. 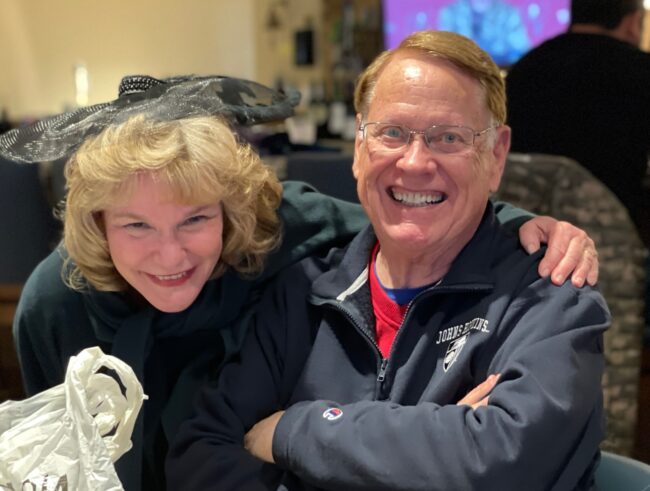 On the way home, we stopped at Home Depot to get some additional storage boxes, and we stopped by Jan’s and dropped off some goodies. We then headed home, and I began fixing my workbench and emptying my old toolbox (per Joe’s direction).

At 3:00 PM, Juan showed up to wash the cars and load Christmas upstairs; I thought he was coming Friday. I quickly filled the four boxes with the last of Christmas. Juan and his partner moved the boxes upstairs; best $200 I ever spent!

OMG, we have a garage, and both cars fit in easily! 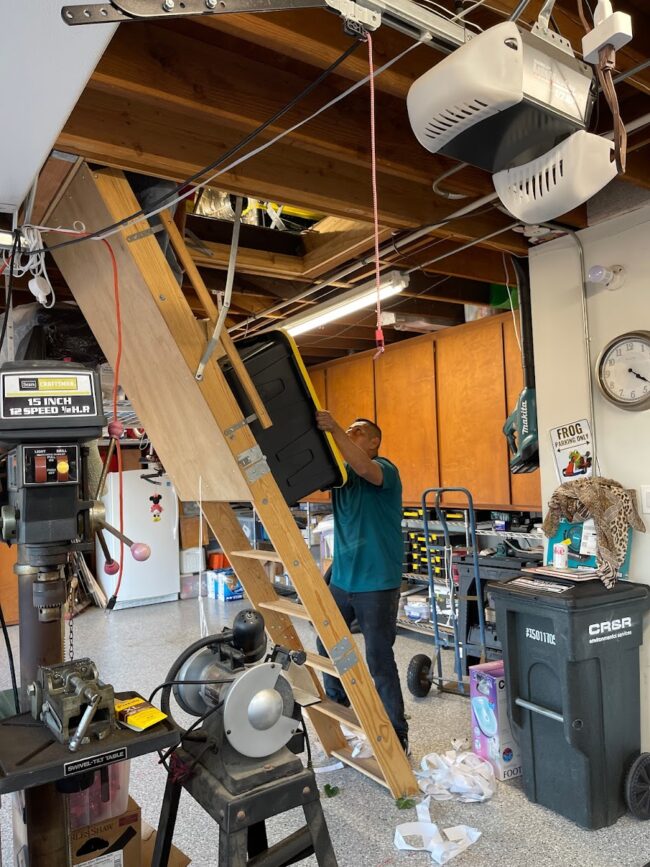 Juan takes the last of the Christmas boxes upstairs!

I continued working in the garage and am about 60% done. A little later, Sydney called to say hello; she was returning from Riverside to her home near the beach. We asked her to come by, and we prepared 15-bean soup for her dinner; we also had some wine! While eating, I posed a question to Mary and Sydney! “If you ate pasta and antipasto, would you still be hungry?”  They promised to get back to me on that!

Before crashing, we called Dianne to check-in. 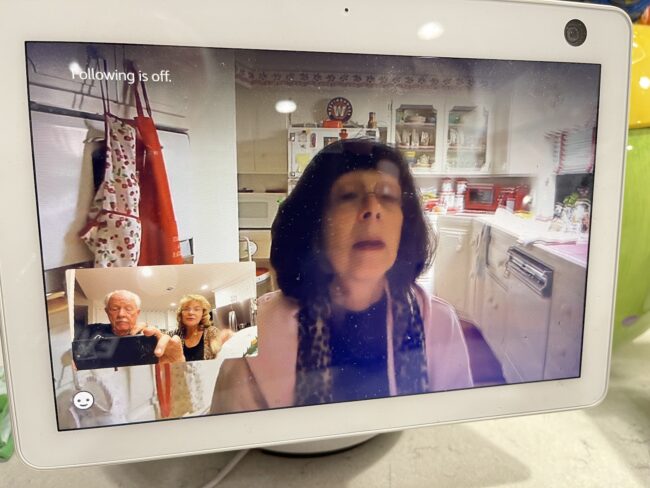 We talked to Dianne before crashing for the night.

Hurry hurry, we must get the Christmas items in their boxes and stacked so they can go upstairs in the garage attic.

Just an old retired guy trying to finish out my last years on this planet. I lost my best friend and wife in early 2020. I was blessed again by reconnecting with Dr. Mary Côté, a long-time friend. Mary and I got married July 28th, 2021, and are enjoying life together and plan to spend the rest of our lives being a blessing to our friends and family.
View all posts by Paul →
This entry was posted in Friends, Just Us, Working Around House. Bookmark the permalink.