Friday; The Week She Is Done!

Fact: In the U.K. and Australia, Friday is sometimes referred to by the acronym “POETS Day,” which stands for “Piss Off Early Tomorrow’s Saturday.”

Diet Day #1 – I removed all the fattening food from my house. It was delicious.

The phone went off, and we had a “dense fog alert” for Orange until 10:00 AM. I took a picture through the kitchen window, and they were right!

We could not even see the hill behind our home!

It was a lazy day with our eyes opening about 7:30 AM with a mad-dash to the door so Scout, The Wonder Dog, could do his thing! We straightened up from last night and then did some chores. I worked in the garage and have the workbench almost ready for a Joe Liles inspection!

We went to TJ’s (Trader Joe’s) to pick up some ingredients for Jan Mongel’s latest meal request. Mary is still celebrating the new year! 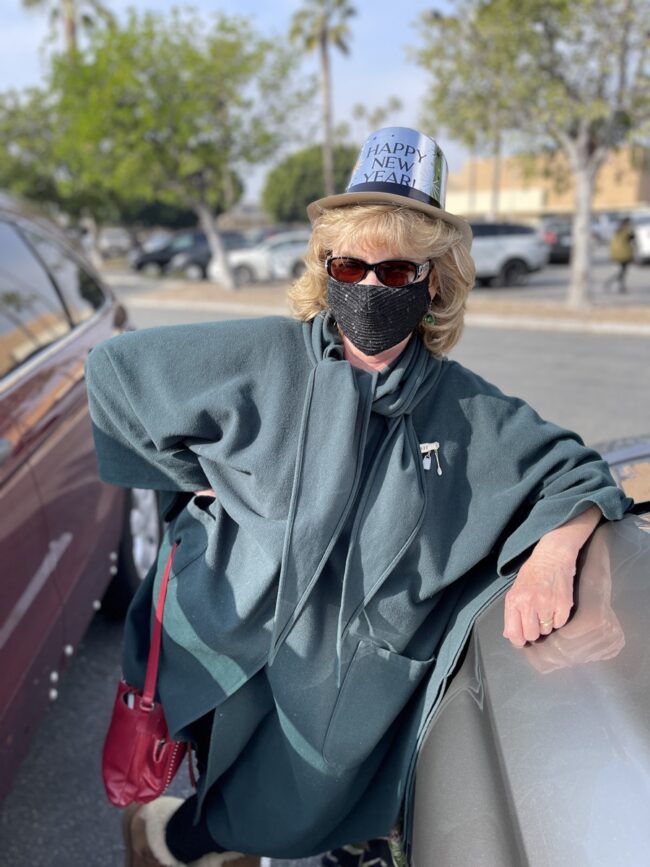 At TJ’s, the masked shopper is ready to shop!

On the way back, we decided to go to Rockwell’s for breakfast at about 11:00 AM and enjoyed a leisurely meal with me doing my new “salad thing.” The weight will come off one way or another. I wanted to lose 10 pounds this year, and only 13 to go.

At Ralph’s, we picked up the ingredients we could not find at TJ’s, plus a particular order for Jan.  Irving Goldberg, the sushi chef, made a unique creation just for Jan!

I asked Jan if she had heard about that new lawyer-themed sushi restaurant downtown? They call it Sosumi!

Then I asked Jan if she had heard about the sushi that came to the party wearing a tie. It was so-fish-ticated! 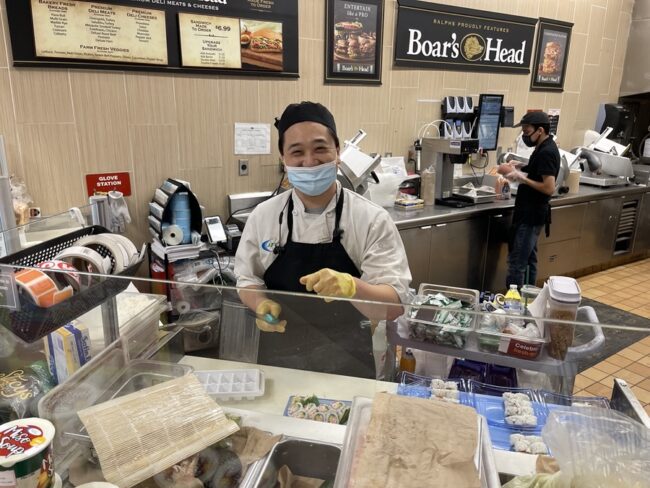 We visited Jan for a while, dropping off a case of chardonnay (commonly called two-buck-chuck) and her sushi!

How do you say goodbye to an Italian chef? Pasta la vista!

We headed home and began doing additional chores around the house. Scout, The Wonder Dog, came in while we were talking to Colleen and Robin on the bat phone and wanted attention! 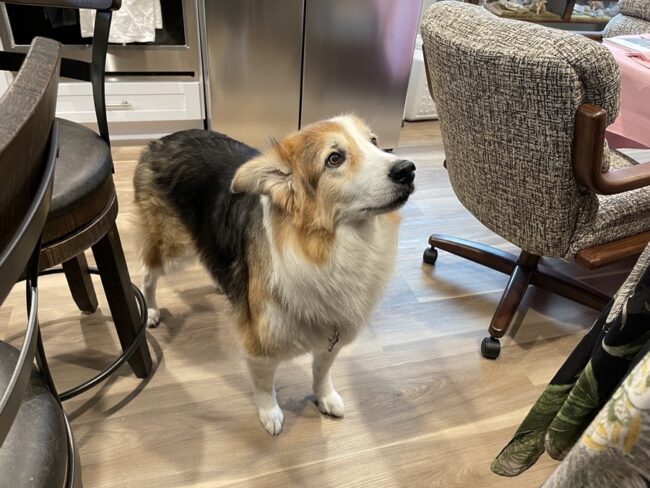 Scout came in to say hello!

Math Teacher: “If I have 5 bottles in one hand and 6 in the other hand, what do I have?” Student: “A drinking problem.” 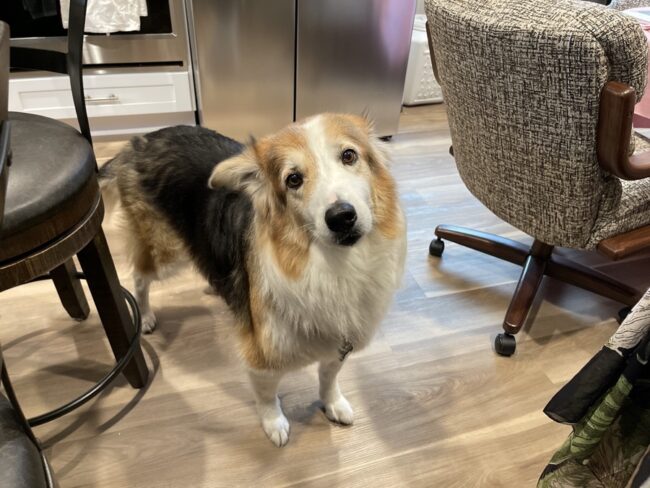 Mary made Jan’s favorite, angel hair pasta with broccoli. We will drop it by tomorrow. It looked so good we sat at the dining room table and enjoyed some with a glass of red diet cranberry juice! We had planned to go into the swim spa, but I was tired and cold.

It was now 6:00 PM, and the fog was coming in again, so we opted for getting our jammies on, and I selected two movies; oldies but goodies.

My Man Godfrey is a 1936 American screwball comedy film directed by Gregory La Cava and starring William Powell and Carole Lombard, who had been briefly married years before appearing together in the movie. The story concerns a socialite who hires a derelict to be her family’s butler and then falls in love with him. 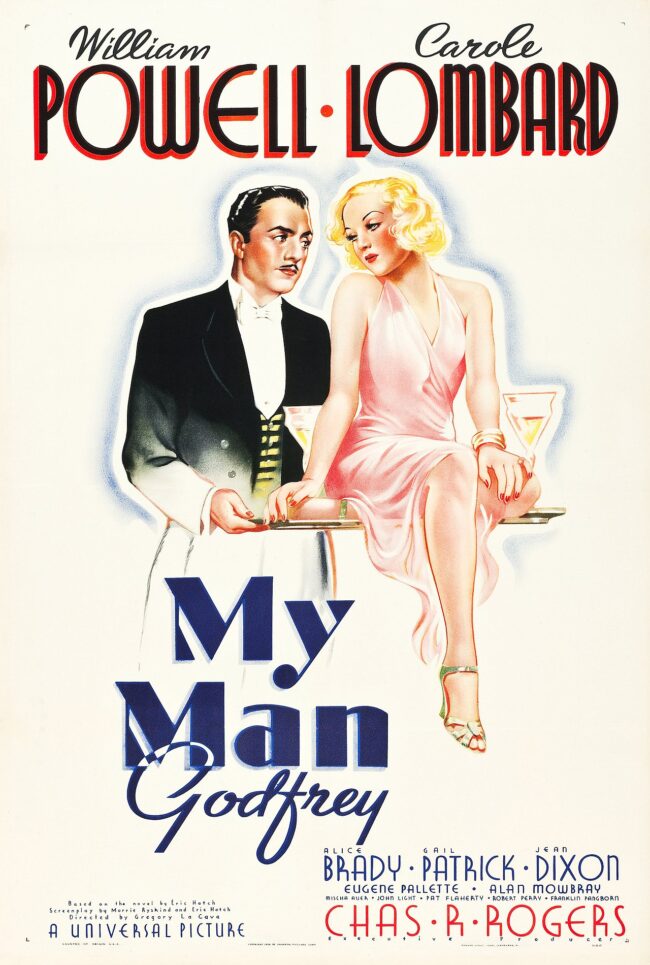 We did “Life With Father” for our second selection, and it was colorized. Life with Father is a 1947 Technicolor American comedy film adapted from the 1939 play of the same name, inspired by the autobiography of stockbroker and The New Yorker essayist Clarence Day.

It tells the true story of Day and his family in the 1880s. His father, Clarence Sr., wants to be master of his house but finds his wife, Vinnie, and his children ignoring him until they start making demands for him to change his life. The story draws primarily on Clarence Sr.’s stubborn, sometimes ill-tempered nature and Vinnie’s insistence that Clarence Sr. be baptized. 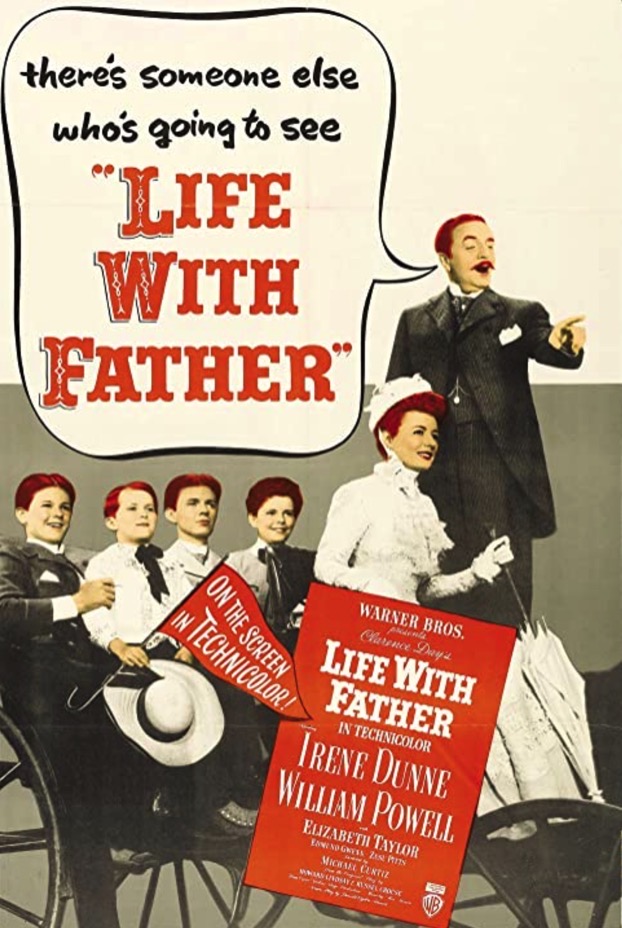 He had no hope; he was surrounded!

At 10:00 PM we gave up, turned off the lights, took Scout out for the last time, and crashed!