“Sometimes, only one person is missing, and the whole world seems depopulated.”

Sue was a very intelligent lady and could hold her own on any level.  Below she engaged the Master of the Lane Victory before we set sail for Catalina.  They talked for almost forty-five minutes about navigation, GPS, software, command and control systems, and basics of seamanship.  I stood by her and as always, was amazed at her ability to comprehend complex issues and present them in an understandable way.

She was invited by the Master to the Bridge as the ship departed and got to see the harbor pilot and the handover of command to the crew as it left the breakwater.  Several of our friends asked where she was, I didn’t tell them until now.

Dinnertime is my saddest time of the day as that was when we sat for an hour or so just enjoying a nice meal, a glass of wine, and talking about the day and what was going on in our lives.  I miss her so very much! 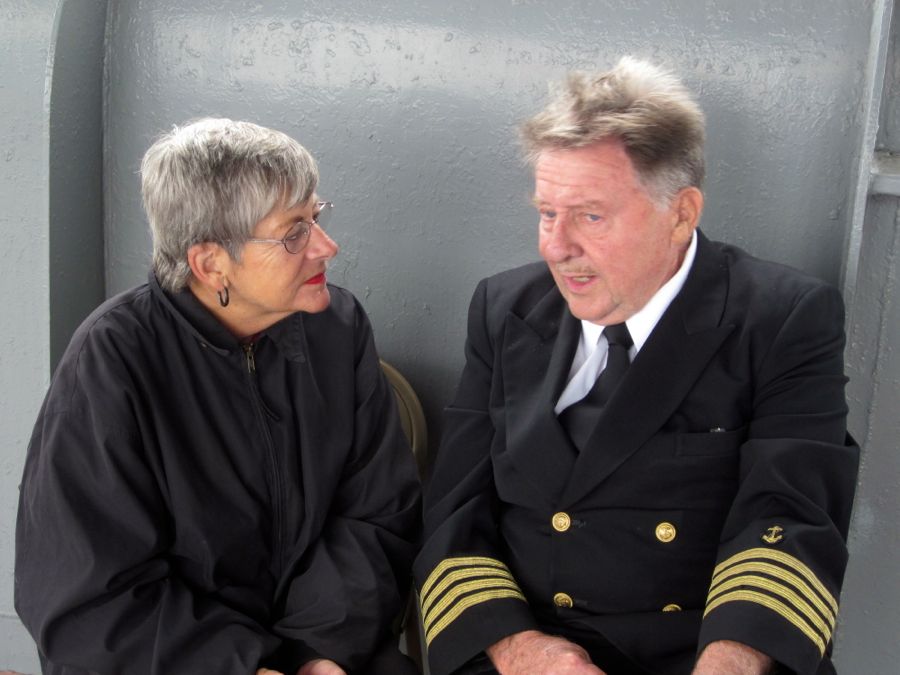 We have two captains on this voyage.

I was tired last night so I did not check my email until this morning, I turned on the iMac and was thrilled to have received an email from Gil Seigel.  He and I go back to 1948 at Shenandoah Elementary School in West Los Angeles.  He sent a long note and this YouTube video.  Take a couple of minutes if you lived through the 1950s!  It’s well done!  I am so happy to have reconnected with old friends and Sue’s encouragement and participation made it easy.

The bathroom scale was a solid 193 pounds this morning so I skipped breakfast and headed to the attic before it gets hot!

I made the morning call to Colleen to check-in and all is well in New Hampshire but it was wet.

I know not what I was thinking when I tied the ground and neutral together in the subpanel, a no-no!  Tomorrow, I am heading up into the attic first thing and separate these circuits. I will locate a real ground wire for the box as I do not trust the remaining house original wiring!  I bought 100 feet of #8 copper ground wire just in case.  In the old days, the ground wire was not included within the sheath containing the hot and neutral wires, a separate copper wire was used.  Today the Romex contains all three wires, much easier to use! 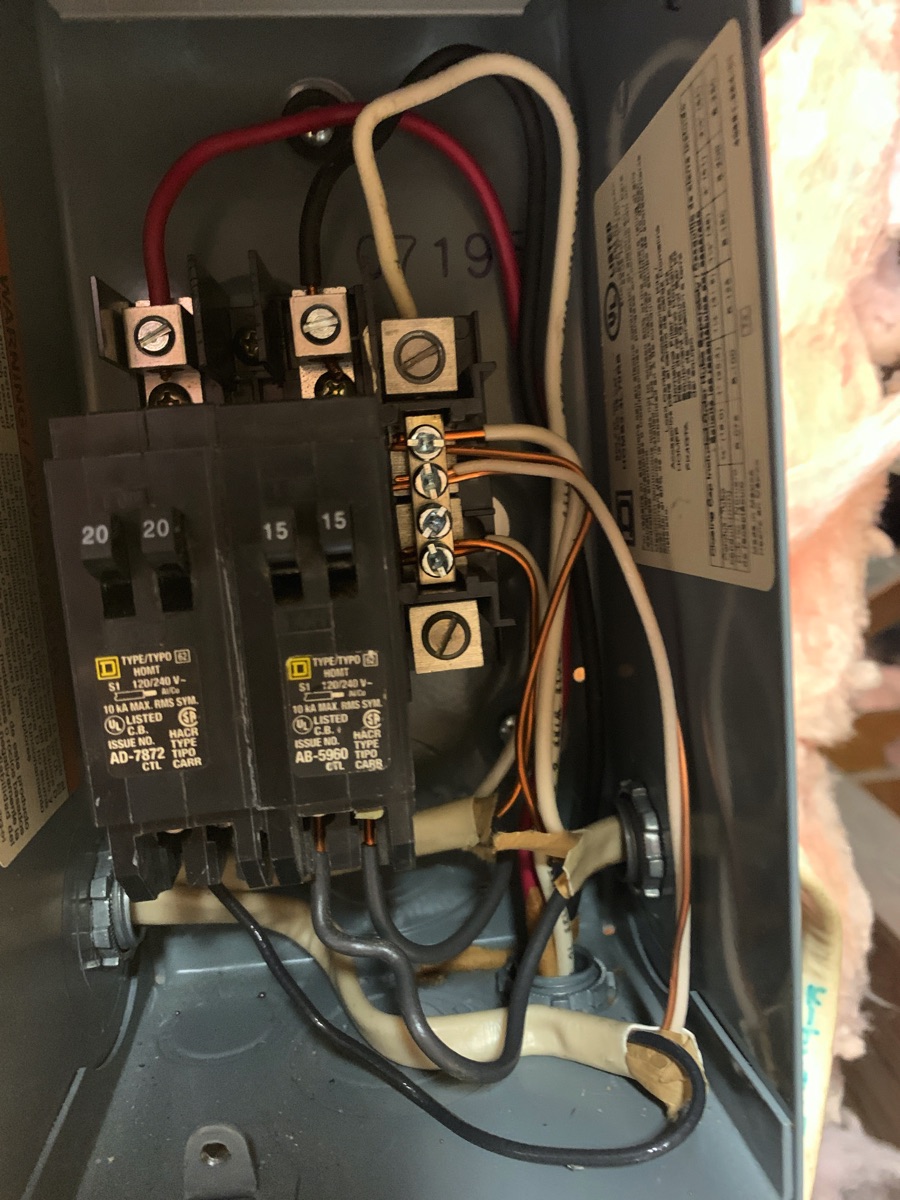 I have to redo this box because I have neutral and ground tied together.

More cleanup needed.  I will be labeling the circuits as I go and will likely pick up a small hand labeler at Staples early tomorrow. 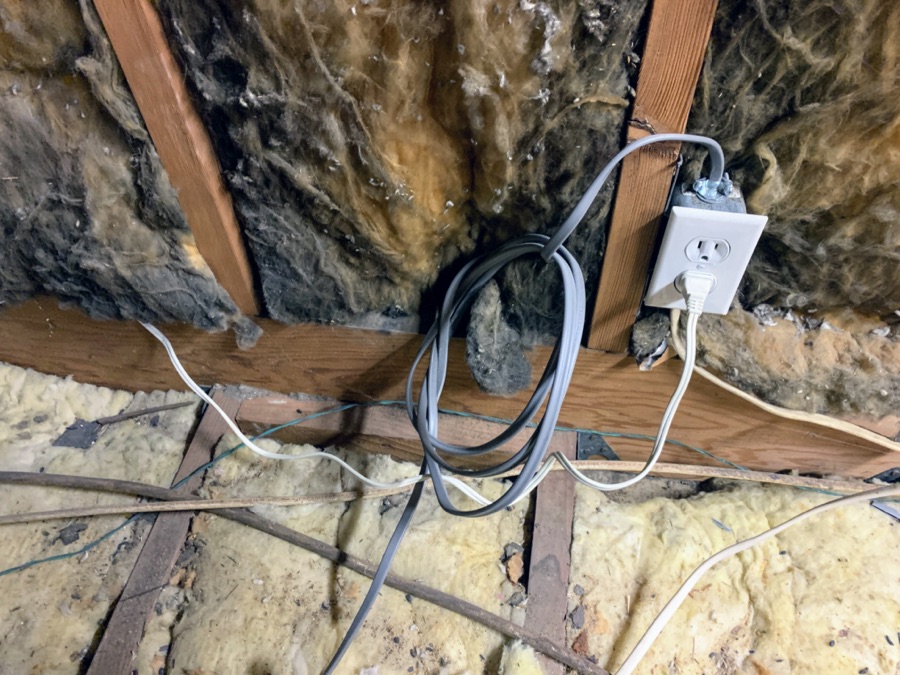 Circuit skippers for sure

The attic campagne is as far as I can go today without new parts. I took off in the Grey Ghost heading for Lowe’s to collect parts for the rewiring activities.  I shopped for about an hour and got three bags of goodies including an armored cable cutter as I was tired of using the hacksaw. 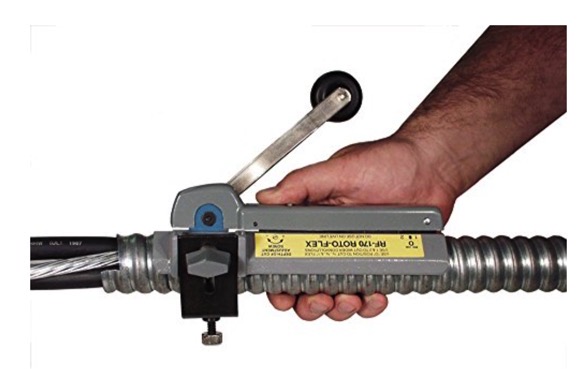 Upon my return, the old tummy was chanting “feed me” at the top of its lungs so I stopped.  Today’s meal was Sweet ‘N’ Smoky Pork Tenderloin with Apple Carrot Slaw, Mashed Potatoes & Cherry Sauce.  The straw-slaw was very good and the pork turned out perfect when paired with the sauce.  Yeah paprika, my new favorite spice.

Did You Know? Paprika is a powder made from grinding the pods of various kinds of Capsicum annuum peppers. Used for flavor and color, it is the fourth most consumed spice in the world. It has a pungent taste when heated that evokes its peppery origins. The red spice most familiar to Americans as a colorful garnish for deviled eggs and roast ham, paprika is made from ground bonnet pepper, or Capsicum tetragona, a relative of chili peppers and bell peppers and native to South America. 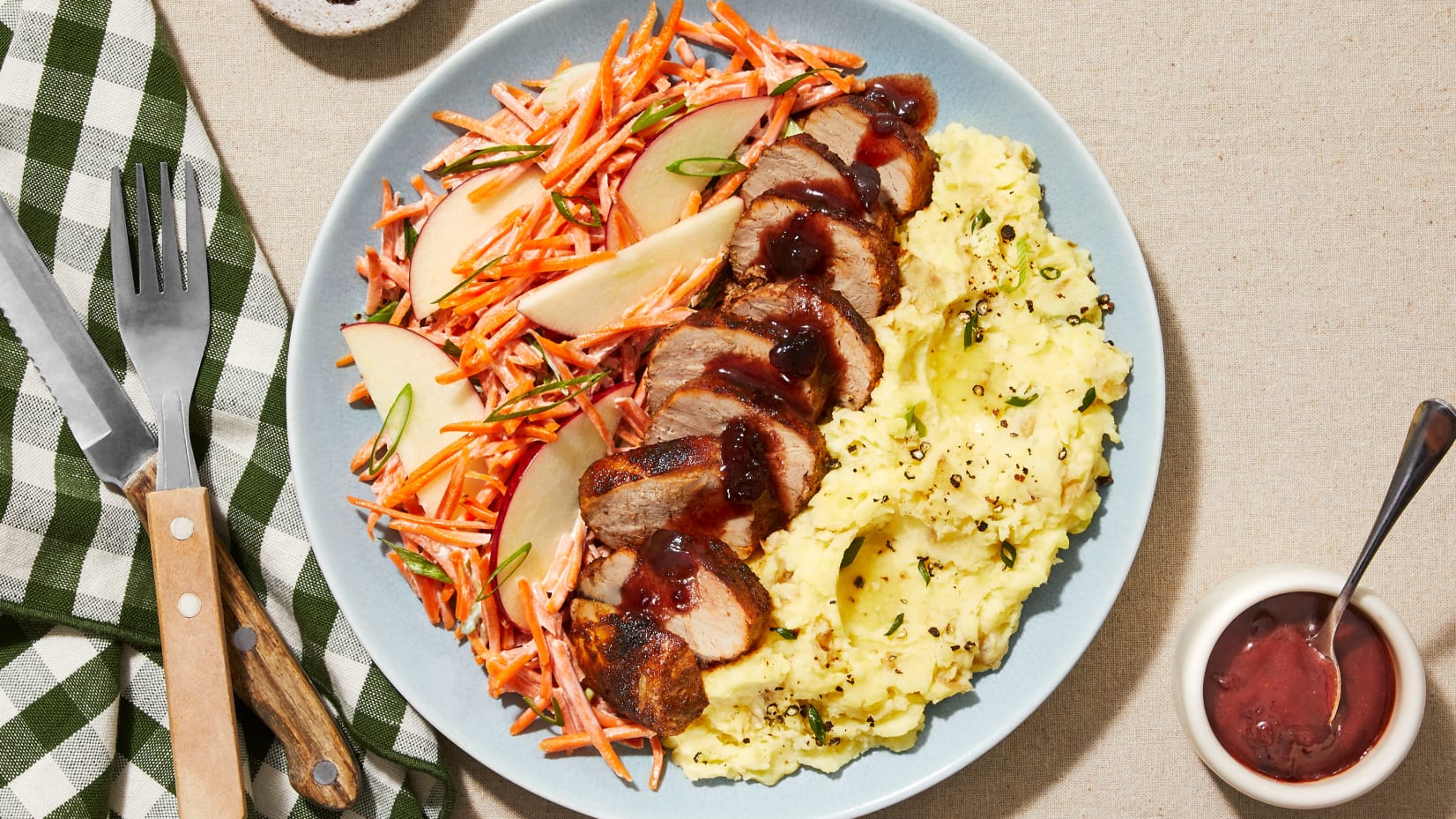 Quite tasty with some modifications like doubling the vinegar in the straw slaw.

I almost had a glass of wine but settle for a diet coke instead.  Wine is too hard to drink at my age especially when you attempt what this young lady accomplished.

As I dined I got to thinking about Confucius, a wise man.  He may have said the following if he had lived into the twenty-first century!

To the garage where another 30-year collection of wiring is going to be fixed properly.  Some of this mess is due to the previous owners’ remodeling efforts.  When I am done, it will all be 100% to code and ready for the new box next week! 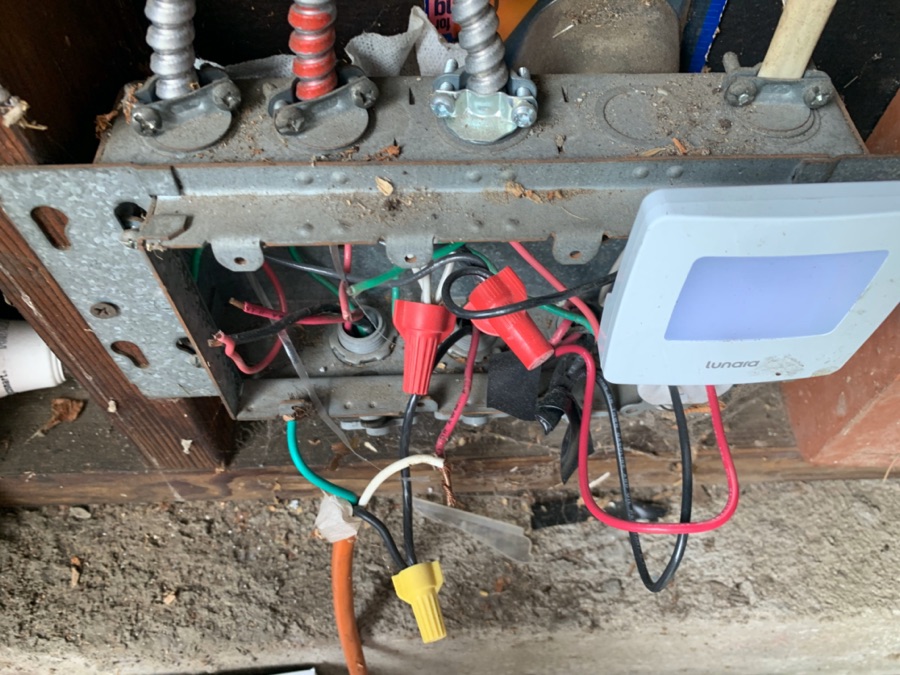 Time to tidy up this nest!

I may get rid of the SPA as at 75 years old I do not want to be found drowned!  I am going to keep the circuit breaker box because I do have some heavy-duty tools that would thrive on 220 VAC power! 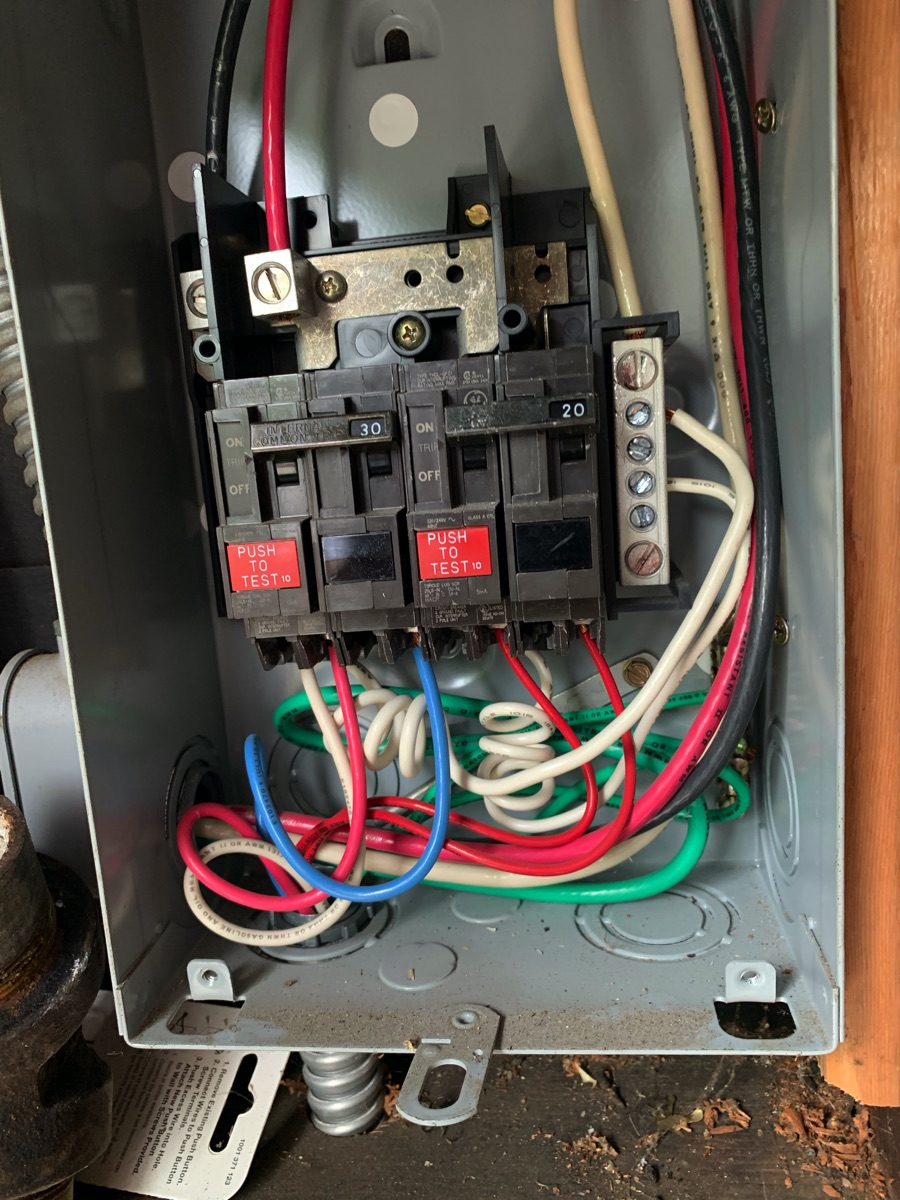 I’ll just borrow a little juice from the spa instead of running a new wire.

Robin came by after work and we walked and talked and I needed the stretch badly.  We decided to go to Taco Tuesday at Taco Surf. I went off my “diet” and had four street tacos and two beers.  They were quite small and I went for pork so it was not too bad. I guess I was dehydrated from the heat. The day was filled with me on bended knees in the attic or in the garage and I was stiff as a board. 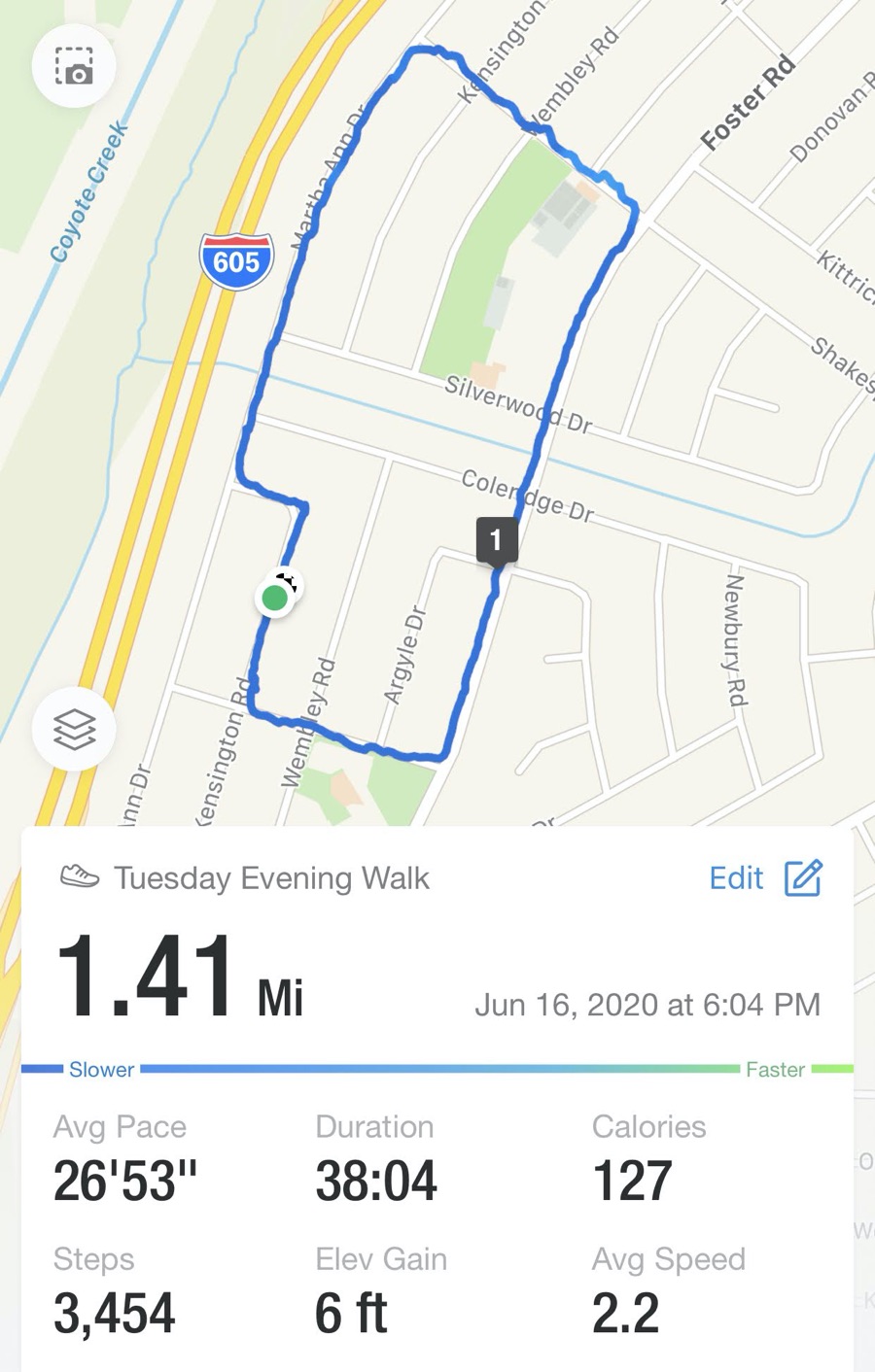 A shortie is better than nothing!

Robin left after our walk as I needed to get into the garage and finish off the security wiring which I did by 8:30 PM.  I just closed the garage door and went inside and plopped.  Time for a little TV before taking a shower.  No selfies tonight, I look like a homeless person!  Two episodes of “Bless This Mess” and I was off to the hot water machine!

Summary: Newlyweds Rio and Mike make the decision to change the course of their life together and move from the relentless pace of big city New York to what they think will be a more relaxed existence in rural Nebraska. After dropping everything –including their jobs and an overbearing mother-in-law — to make the move from skyscrapers to farmhouses, they soon realize that the simpler life isn’t as easy as they had planned. Rio and Mike must now learn how to weather the storm as they are faced with unexpected challenges in their new lives as farmers.

Just an old retired guy trying to finish out my last years on this planet loving my best friend and wife, having fun, learning, and passing on helpful things to others.
View all posts by Paul →
This entry was posted in Cooking, Family, Working Around House. Bookmark the permalink.
Powered by Maribol IMDB Plugin