What A Day This Has Been!

It has been seventeen weeks since my bride departed, and every day does not get better, just different.  Today I went through the garage attempting to make more room and ran into her art supplies.  Most people do not know she was reasonably accomplished in oils and painted many pictures, none of which she ever wanted to show anybody.  Sue was not one to draw attention to herself.

Below we are at the old Santa Ana Elks Lodges, and she put on funny glasses for a few seconds so I could snap a picture (or two or three).  Always with that beautiful smile.  Today was not a great day as I lost it a compile of times, but that is to be expected.  I love you, my dear, now and forever! 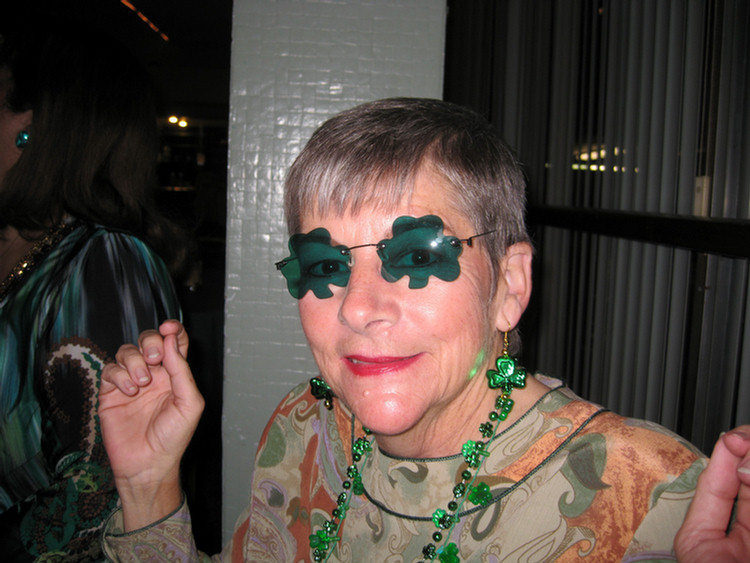 It must be St. Patrick’s Day!

To the garage as I am going to get the electrical “fixed” (returned to code) out there before I do anything else.  It took about six hours as I had to run to Lowe’s for a circuit breaker and do some severe modifications to two subpanels.  Everything checks out hunky-dory now, we are ready for inspection!

Well, I should say I went to Lowe’s twice, once without a mask, and came back and then once with a mask and went inside.  The store is only none minutes from my house, so that was OK.

I used to do Home Deport, but their entrance now has a lineup, and I refuse to go there!

I was up early, and it was still not quite light out, so I had to resort to a flashlight to see what I was attempting to do!  Since I was working on the power, the garage had no lighting available. 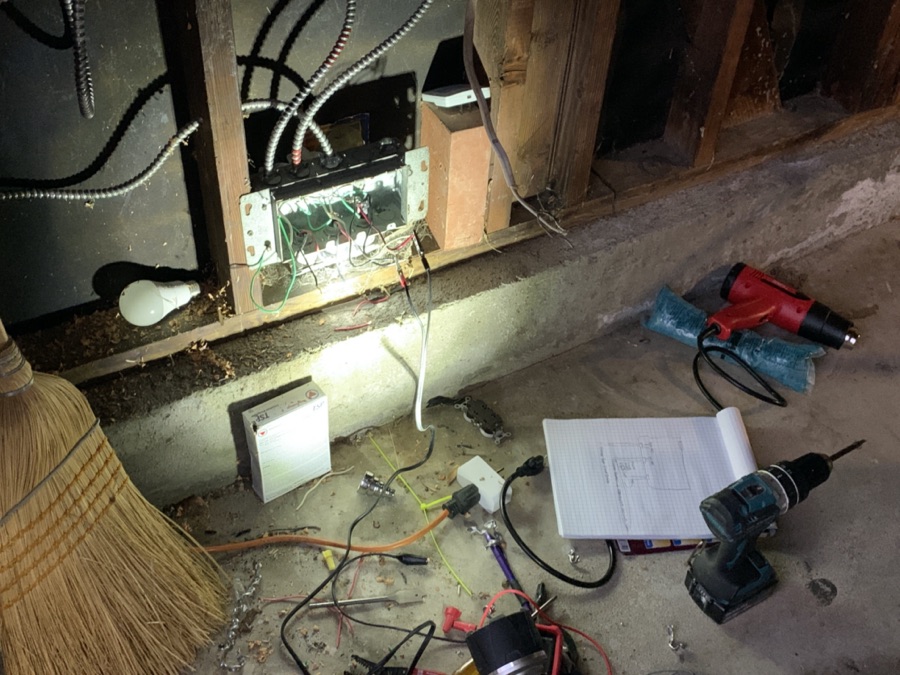 I had an idea, why not move my shop to the north wall so I could have a window above the workbench.  Well, since most of the shop is on rollers, I simply readjusted things, but after moving things around, it did not seem to be what I expected, so I rolled everything back in its place.

Joe called, and I was invited to the 4th of July at his home!  I have a place to go, no longer am I homeless!  Without Sue, July 4th will be difficult as that was another one of her favorite holidays. She would dress up in red, white, and blue and be ready the share the day with our family and friends. 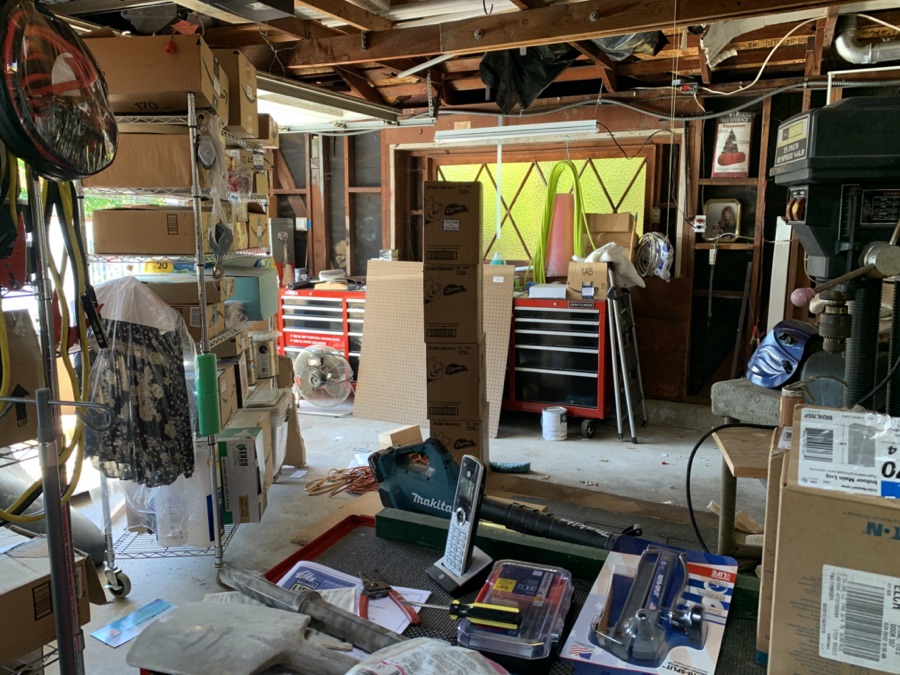 I had to move everything to get to the wiring.

I save a mile of wiring as I added a 20-Amp circuit breaker to the Spa subpanel in the garage.  This redesign saved time and copper. I attempted to drop a circuit from one of these breakers, but they kept popping.  The Spa ground-fault breakers are extremely sensitive for a good reason, so I managed to get a new 20-Amp switch at Lowe’s (trip number three today), and that solved the problem. 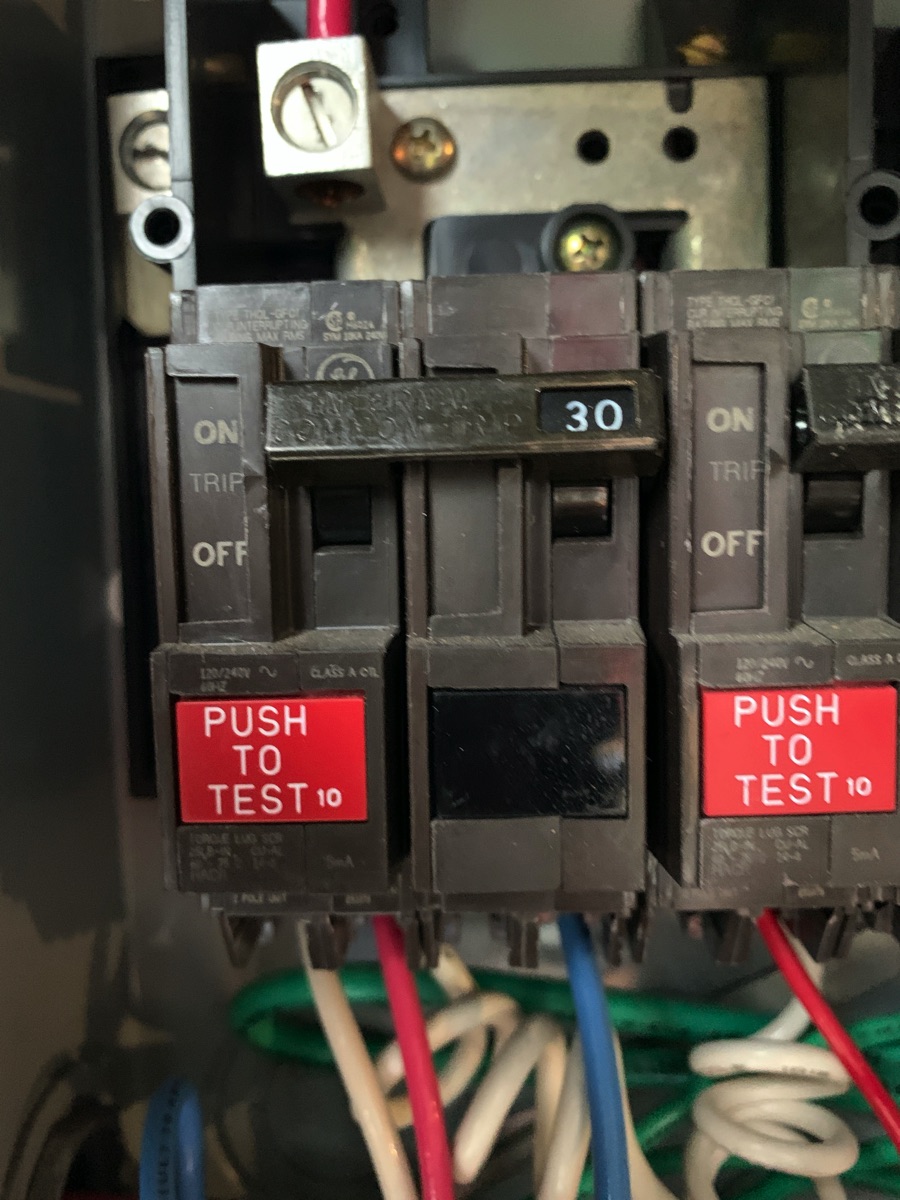 A spare circuit saved the day!

Yes, that is four cases of toilet paper!  Amazon is sending another case on Monday!  I am going to have to stop the deliveries because with the bidet; I do not use TP anymore!  I gave two cases to Vicky & Del (my dear next-door neighbors) before this picture was snapped. 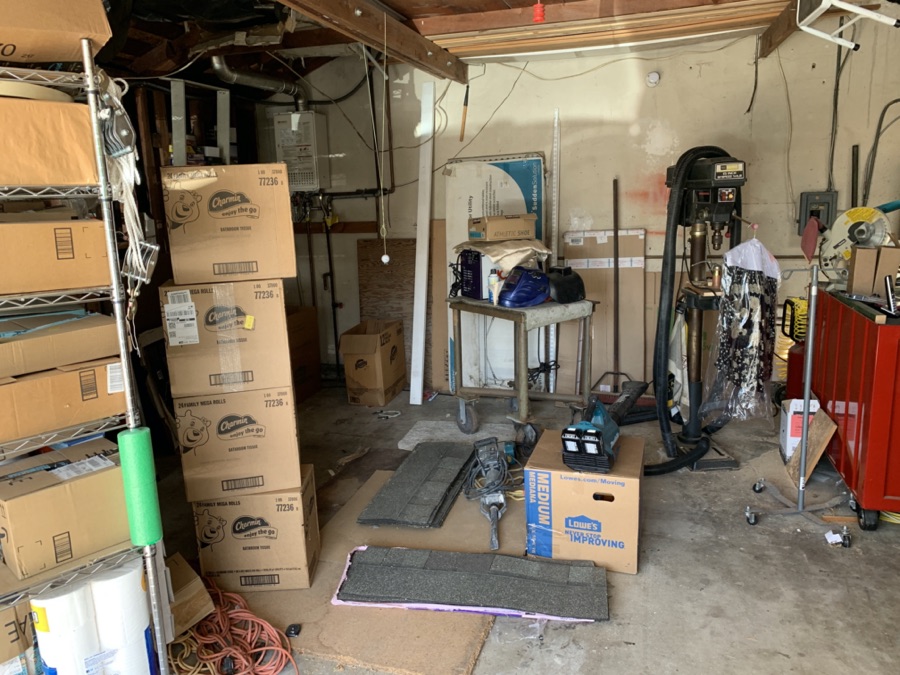 While I was there, I vacuumed.

When I was “done”, it was 7:00 PM, and I was tired to the bone.  I inched my way into the house and had dinner.  Dirty was an understatement so, I showered to get the first layer of grime off.  More interesting was the fact the bathroom scale, my new friend, indicated I was 191.2 pounds!  Wow, blasted right past 192!

No “cooking today,” but I did have a package of spicy Mexican pork, which I had other plans for this weekend. Instead, I heated the pork and downed it without rice or veggies.  It was about 550 calories, but it tasted so good.

At 9:00 PM, I crashed and was out by 10:30 PM after watching two episodes of my Scifi thriller. Haven is an American-Canadian supernatural drama television series loosely based on the Stephen King novel The Colorado Kid (2005). The show, which deals with strange events in a fictional town in Maine named

Just an old retired guy trying to finish out my last years on this planet loving my best friend and wife, having fun, learning, and passing on helpful things to others.
View all posts by Paul →
This entry was posted in Working Around House. Bookmark the permalink.
Powered by Maribol IMDB Plugin