We began the evening  by watching “The Christmas Box“.  The movie is almost 15 years old as it was created in 1995.  Maureen  O’Hara and Richard Thomas starred in the movie.  Summary: A ski-shop owner and his wife and daughter move in with an elderly widow who needs help; he suffers recurring dreams. The Christmas Box (ISBN 9781566840286) is an American novel written by Richard Paul Evans and self-published in 1993. A Christmas story purportedly written for his children, the book was advertised locally by Evans, who was working at the time as an advertising executive. He placed the book in Utah stores and it became a local best-seller. This got the attention of major publishers who bid against each other, resulting in Evans receiving several million dollars for the publishing rights. 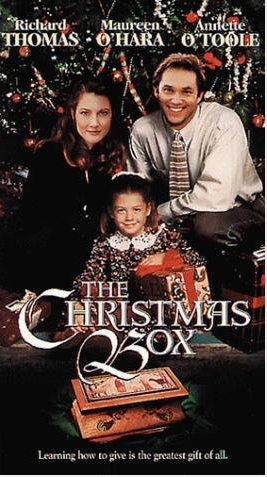 Then it was time for a cheery movie with Earnest Borgnine entitled “A Grandpa For Christmas“.   Summary: Bert (Ernest Borgnine) is a retired Hollywood actor who has been estranged from his only daughter Marie (Tracy Nelson) for many years. When she ends up in the hospital following a car accident, Social Services places her 10-year-old daughter, Becca (Juliette Goglia), with the grandfather she has never met. The generation gap is apparent as Bert and Becca try to adjust to their new lives together.

The story addresses one of the major issues that face divorced and single parents, what does a father do when the mother does not want you around your child? Do you fight for your child, which can take years, and cost tens of thousands of dollars, or do you simply walk away as she wishes? In the case of Bert, he fought to see his daughter, only to lose at every turn, until he finally gave up, never to see his daughter again, until she is injured, as presented in the movie. Unfortunately, his ex-wife tells the daughter, as well as anyone else, that he is uncaring and unsupportive of his daughter, physically or financially.  Berts friend tells all! 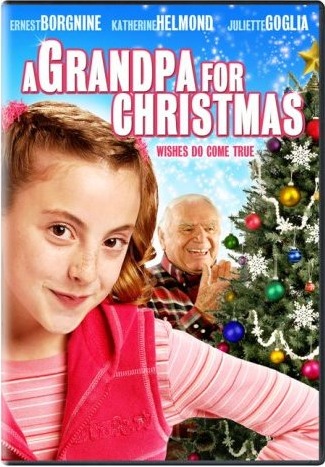 Grandpa finally gets the girls

And finally we saw “The Night They Saved Christmas” (from 1984)  which was about an oil company that is exploring two Arctic sites for oil. The needed blasting at the first site rocks Santa Claus’ North Pole village. He realizes that any blasting at the second site will destroy his home. He enlists the aid of a woman and her children to convince her husband (who works for the company) that the first site is where the oil they want is. Along the way, Santa explains all his secrets in delivering presents all around the world.  Art Carney, Jaclyn Smith, June Lockheart and Paul Williams. 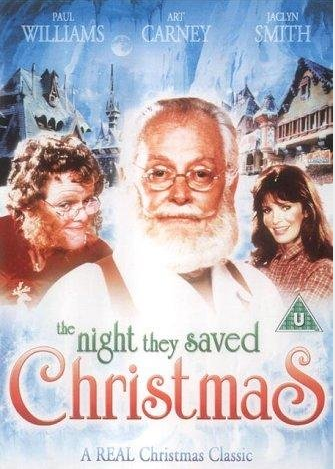 We alll knew what was going to happen

Just an old retired guy trying to finish out my last years on this planet. I lost my best friend and wife in early 2020. I was blessed again by reconnecting with Dr. Mary Côté, a long-time friend. Mary and I got married July 28th, 2021, and are enjoying life together and plan to spend the rest of our lives being a blessing to our friends and family.
View all posts by Paul →
This entry was posted in Holidays, Movies and tagged Christmas, Friends, TV Movies. Bookmark the permalink.