The Word Of The Day Is “Acclimate”

I woke up first this morning; it was a big mistake! There was a twinkle in my eye, it was obvious I had to do something bad!  Poor Mary! 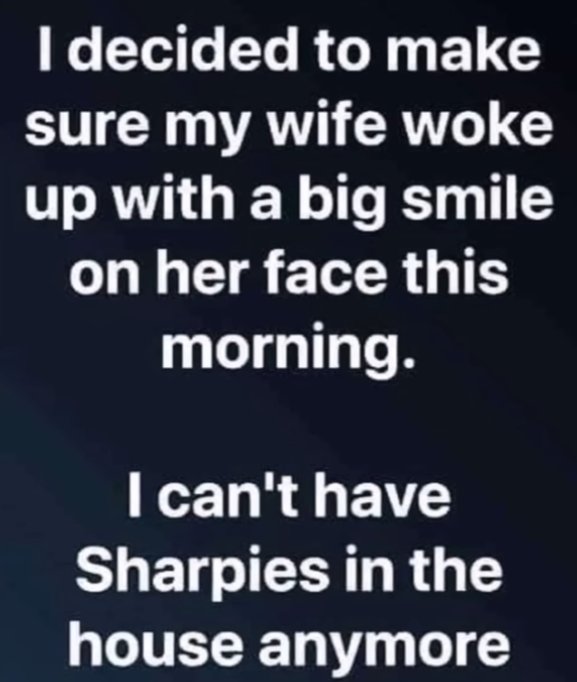 I was pretty creative this morning!

I guess the travel day took more out of us than we thought.  We were in the air for five hours, but it was an equal amount of time in lines and walking around the airports.  Thank goodness I agreed to a wheelchair!

We are getting used to the room, however!  The electronics are set up, we mastered the TV remote, and finally figured out the light switches.

Ready for some potty humor? 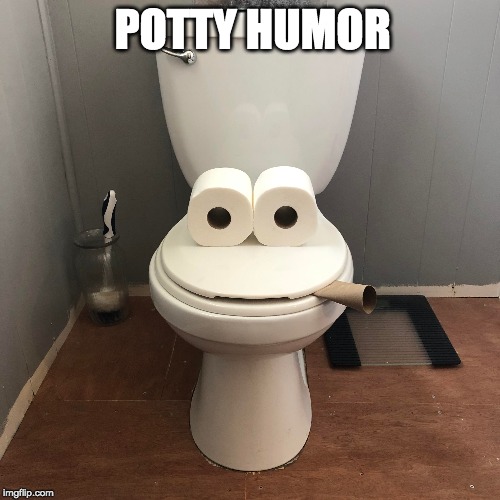 Well, in the middle of the night, I had to tinkle.  OK, nothing new so far.  I decided to sit down as I was not in a hurry.  I noticed the toilet was low to the ground, and by the time I finally got seated, my two little friends were in the ice-cold water!  Surprise!  I jumped up, suppressed what would have been a loud yell,  and decided to stand.  Oh dear, how is this going to work?

The story continues because thirty minutes later, Miss Mary decides it’s potty time and proceeds to sit down.  The throne was very wide and very low, so she thought Paul must have left the seat open after almost sitting in the water.  It was dark, so she lowered the lid, thinking that was the seat.  When she finally sat down, she was on the cold lid, and I heard a little scream!  On went the light so she could sort things out!   We both had a good laugh!

Hours later, I am getting used to leaning over at a 45-degree angle, ha!

We departed for a dry run to the hospital and then lunch.  The hospital is 2.5 miles from the hotel.  I was happy Mary was in the army because she could read the map.  We arrived at the hospital two hours later! 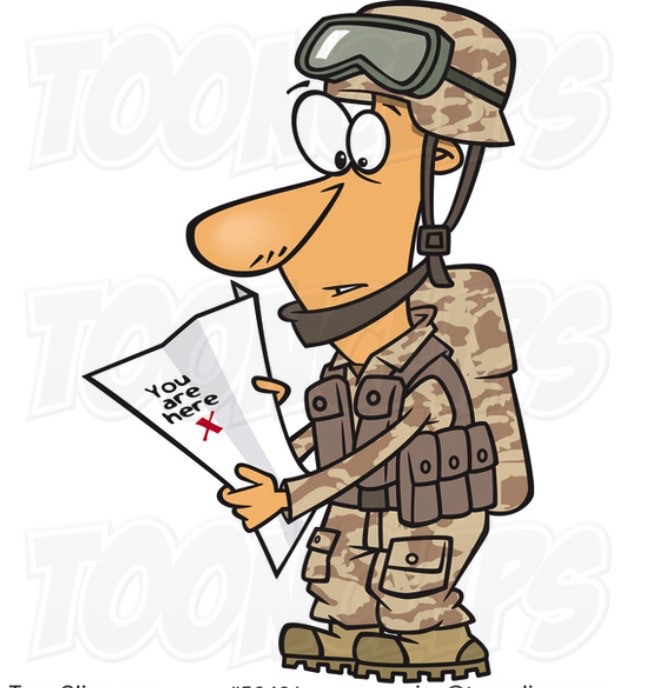 After all the turns I had to make, doubling back, going in reverse, performing 3-g loops,  and other unusual directions from my navigator, I told Mary, “it hurts when I touch my neck, my leg, my arm, or my chest.” She said, “you’ve broken your finger.”

(Truth is; Mary is an excellent Navigator and Co-Pilot) 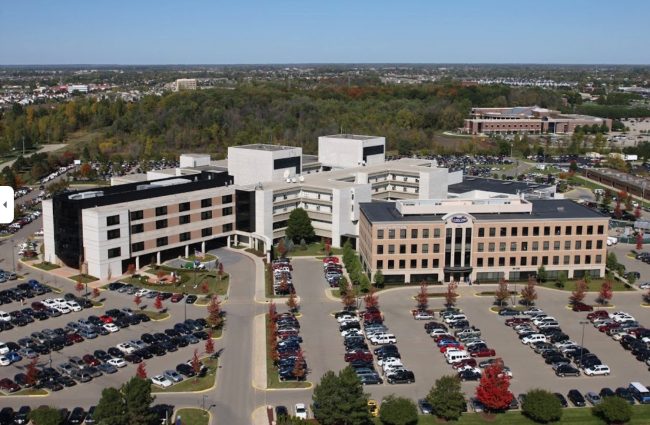 It was great to find out the hospital rates in the top 2% of US hospitals!

If you are curious about why we traveled halfway across the country, here is the story.

Henry Ford Macomb Hospital was founded in 1899 by the Sisters of Charity of Cincinnati and Fr. J.A. Van Hoomissen, pastor of St. Peter’s Catholic Church in Mt. Clemens, MI. Through the years, the hospital grew to become one of the largest providers of health care in Macomb County. Most recently, it was part of a joint venture between Trinity Health, the nation’s fourth largest Catholic health care system, and Henry Ford Health, one of the nation’s largest health systems.

We found an Outback Steakhouse for lunch All I could have was clear liquids (and nothing alcoholic)!  Disgusting, to say the least.  Iced tea, seven-up, broths…oh dear!  I can do anything for a day, BUT they better have a Chardonnay ready for me when I come out of the operation tomorrow!

We sat down, and Mary looked at the menu and read off all her choices out loud, emphasizing how good they looked in the pictures.  I was salivating, and my tongue was lying on the table. 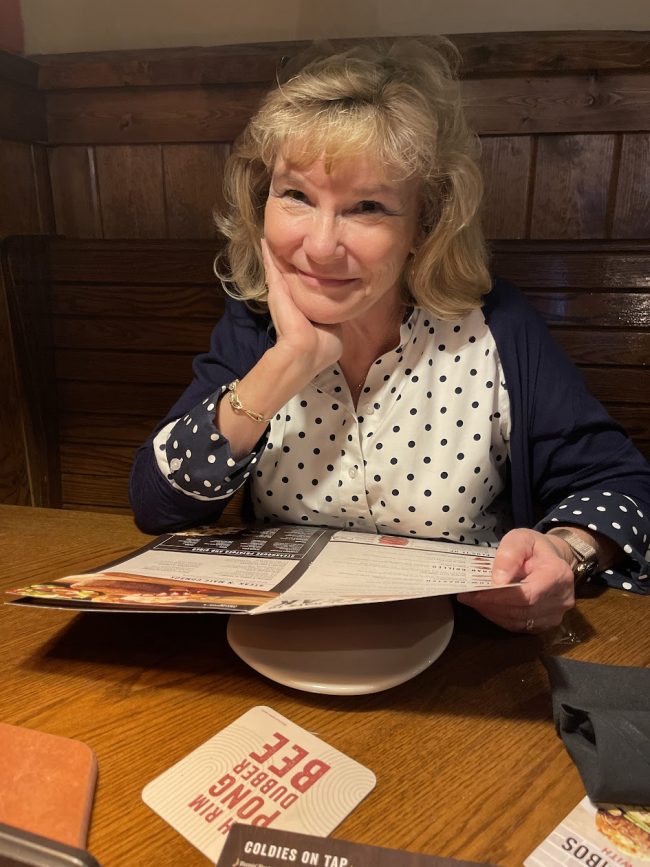 Always so caring and thoughtful!

When the waitress came by, Mary ordered a steak, ensuring she had all the fixings, including a nice salad. 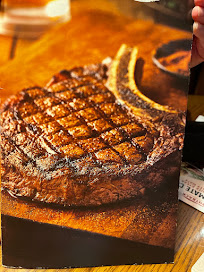 When I ordered, I got iced tea, complete with a lemon.  I got a straw for dessert. 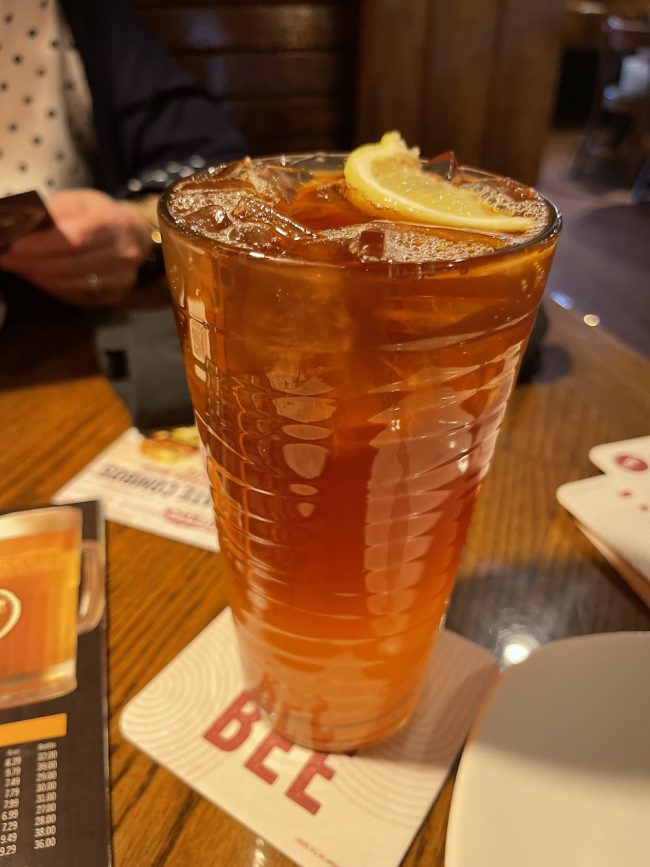 OK, I guess I have to be honest!  Mary talked to the manager, and I got a bowl of strained French Onion Soup; it was excellent.  She takes care of me!  I am curious about what happened to the onions, bread, and cheese that were on it before straining.   I should have looked in Mary’s to-go bag!

We returned to the hotel land stayed inside watching movies, including  Hocus Pocus II.  I must stay up until 10:00 PM to prep for tomorrow, and then we will crash!

We set three alarm clocks for 3:00 AM because I have to take another shower before heading to the OR.

P.S. Thanks, everyone, for the emails, texts, and especially the calls from our kids.  Do not worry, Robin, Joe, and Colleen… All will be well, and I will be up and moving by the time you get up in the morning.

Just an old retired guy trying to finish out my last years on this planet. I lost my best friend and wife in early 2020. I was blessed again by reconnecting with Dr. Mary Côté, a long-time friend. Mary and I got married July 28th, 2021, and are enjoying life together and plan to spend the rest of our lives being a blessing to our friends and family.
View all posts by Paul →
This entry was posted in Dining Out, Just Us. Bookmark the permalink.