Fact: Baby Ruth bars weren’t named after the baseball player.  Despite how similar their names are, Baby Ruth bears no relation to Babe Ruth.  The chocolate bar was named after Ruth Cleveland, daughter of President Grover Cleveland — assuming you believe the company’s official story, that is.  The treat was introduced in 1921, 17 years after Ruth Cleveland’s untimely passing from diphtheria at age 12 and 24 years after the former President left office.  The Great Bambino, meanwhile, had become the first person to hit 50 home runs in a single season the year before.  The Sultan of Swat went so far as to end up in a court battle with the Curtiss Candy Company after he licensed his name to a rival confectioner, but the 1931 ruling wasn’t in his favor.  Baby Ruth’s connection to America’s pastime has only grown since then, and in 2006 it was even named the official candy bar of Major League Baseball for three years.

Dang, having to get up at 5:30 AM was horrible.  I went into the bathroom, took one look at myself, screamed, and ran back to bed and jumped under the covers while yelling for Scout to protect me from the giant ugly monster. 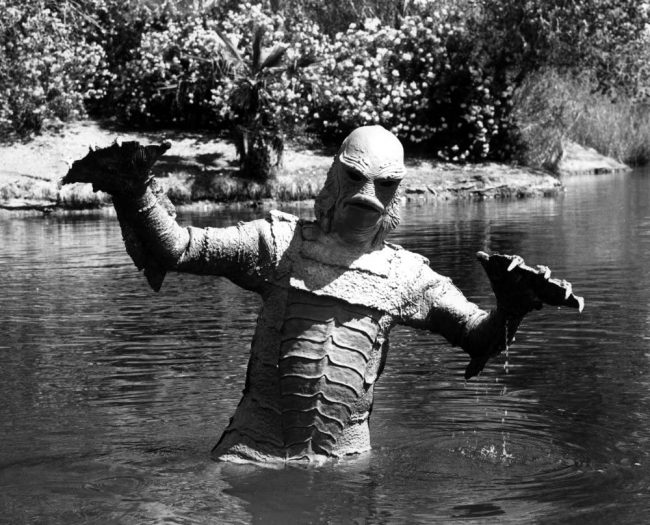 Pardon me, where can I find the “black Lagoon?”

My psychiatrist told me I was crazy, and I said I wanted a second opinion.  He said okay, you’re ugly too.

On our way to the hospital, we stopped at Total Care and got the results from yesterday’s scan; it verified that Paul is older than dirt.  Everything is calcified, but on the bright side, there is no trace of the “C” disease!  Yeah!

Around the corner to the hospital, we careened, arriving two minutes before our appointment time.

I went to the first doctor I saw, who was an ENT doctor, and said, “Doctor, I think I’m a bit hard of hearing.” The doctor replied, “Can you describe the symptoms?” I said, “Sure.  Marge has blue hair; Homer is fat and bald”. 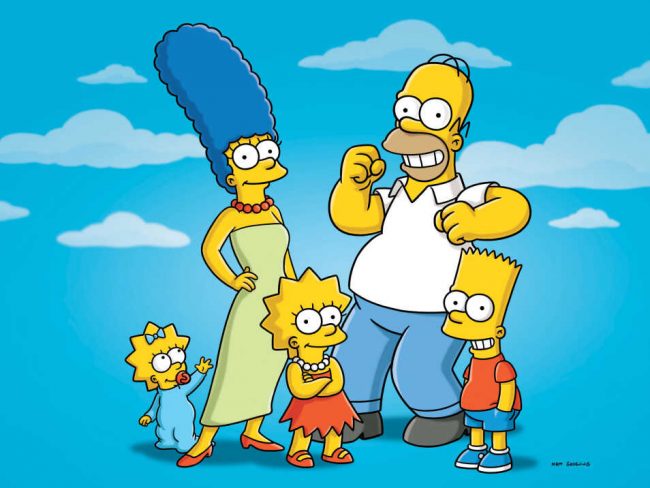 Yes, I really did!

I went in at 9:00 AM and got my radioactive shot.  On my way back to the waiting room, I was casting my own shadow.  The radioactive stuff is quite powerful.   I thought to myself, “If I wear a radioactive belt, I might end up with nuclear waist.”

I suggested we go to Gourmet Pie & Cafe on Katella, which was a good suggestion.  Mary did the healthy thing while I splurged and went for a chili size. 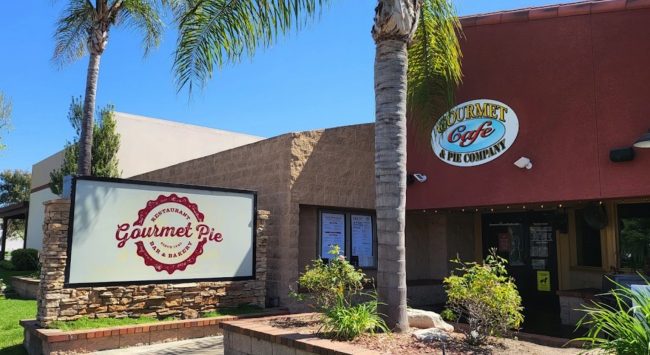 A fantastic assortment of foods and plenty of it!

From there, we went to Hobby Lobby and picked up some 4th of July decorations that were 90% off!  Thank you, Colleen, for the hint!

We then ran my Ralph’s and picked some ice for the ice chest and our remaining breakfast.  Then across the street to go shopping for sweatpants for Paul; it’s much easier than removing the jeans with all the metal in them.  Besides, I looked sexy, like a big black bag filled with various incendiary pillows.

We then made it to Chico’s, looking for a sweat outfit for Mary; no luck.  We tried Khol’s and finally Burlington Coat factory.

We had twenty minutes to kill before the 2:00 PM appointment, so off to Old Ranch, where  I changed clothes and we had a glass of wine.

Back to the hospital with horn blaring; we had to be there at 2:00 PM.  Then it came to me in a flash!  Where can you find radioactive turkeys?  Chergobble!

A bone scan or bone scintigraphy is a nuclear medicine imaging technique of the bone.  It can help diagnose several bone conditions, including cancer of the bone or metastasis, location of bone inflammation and fractures, and bone infection.

The scan took twenty minutes, but I had a  lot of gas, so I asked the doctor for something to help me!. 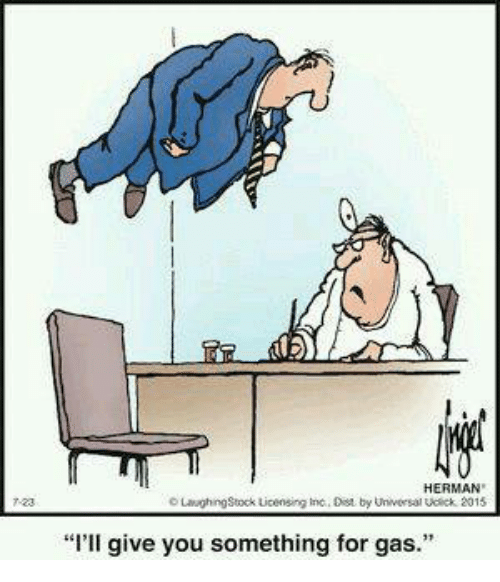 After the scan, we took off for H&H Nursery, where Mary filled the car’s back seat with planting treasures.  I know what we will be doing after Girls Night Out!

Now life gets serious; we aim the Silver Fox toward Patty’s Place, and off we go in a cloud of dust!

Robin asked me what a true optimist is, and I said, “A true optimist is a guy who falls off a skyscraper and, after 50 floors, thinks to himself – well, so far, so good!” 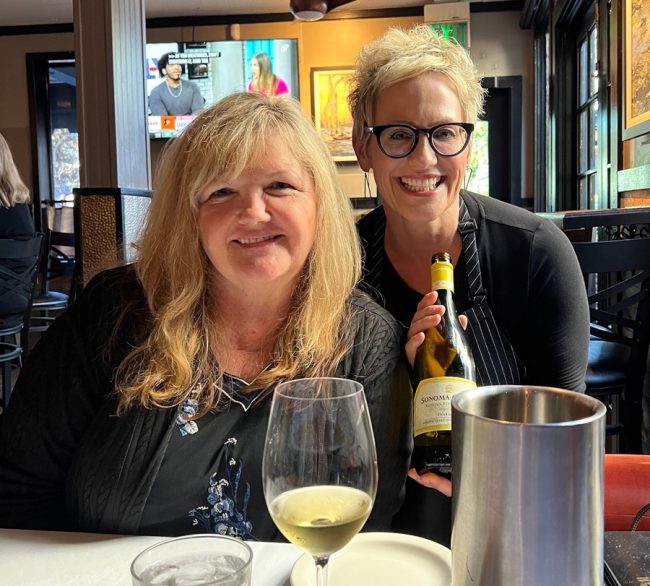 Meg is a new waitress at Patty’s Place.

Robin joined us at 4:00 PM for an early dinner, and we dined on steak and wine.  Mary went next door and got a “Philly Cheese Steak” for Jan; we will drop it off on our way home. 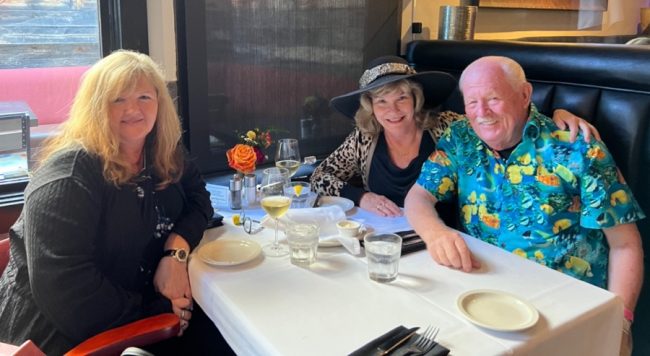 We had a wonderful dinner!

We told Robin about our day, and she was amazed that we did so much; we were amazed also!

If you see me talking to myself, move along.  I’m self-employed; we’re having a staff meeting. 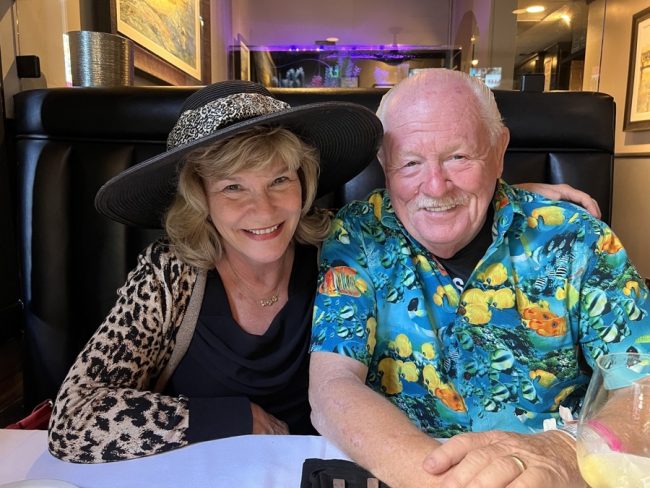 At the end of the evening at Patty’s, Mary informed me not to let my mind wander too much.  It is too small for me to let it out alone.

We stopped by home to let Scout in the house and take the goodies inside.   Mary needed to go inside quickly so the ol’ pack horse brought everything inside. 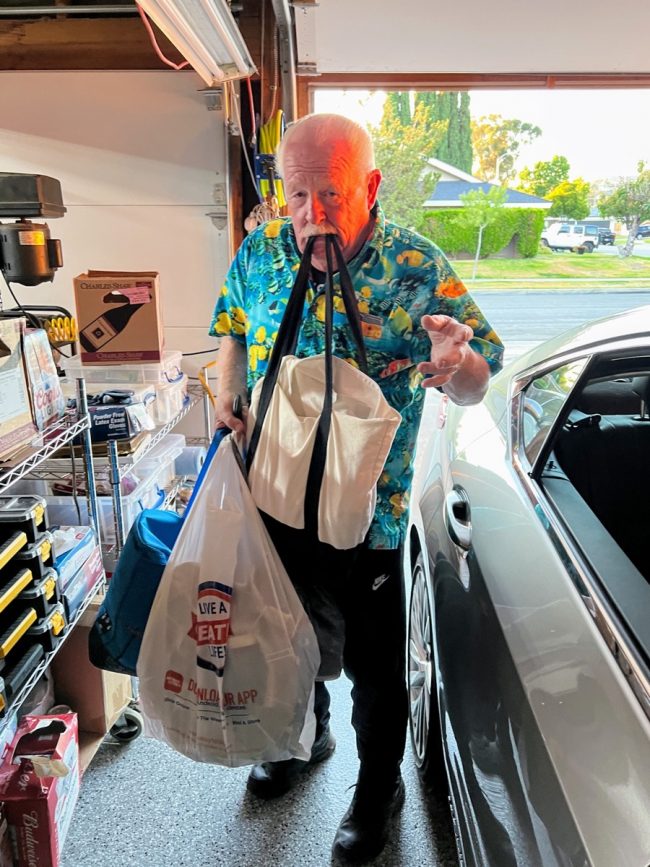 I brought everything in after getting home.

From there we went to Jan’s for a glass of wine and a quick visit to bring her the Philly Cheesesteak!  A cheesesteak is a sandwich made from thinly sliced pieces of beefsteak and melted cheese in a long hoagie roll.  A popular regional fast food, it has its roots in the U.S. city of Philadelphia, Pennsylvania. 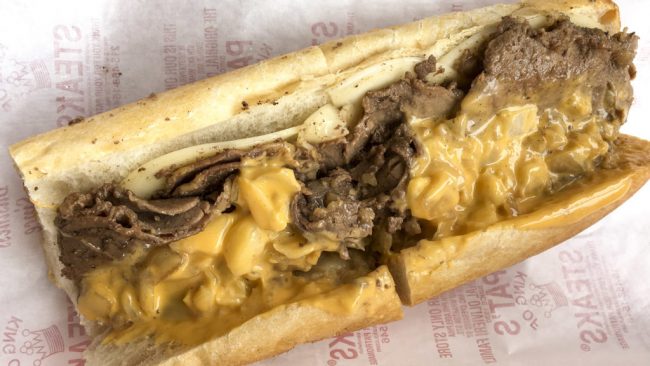 Look great but loaded with calories!

It was still early, so we fired up the firepit and sat outside until 10:00 PM and watched the super-moon! 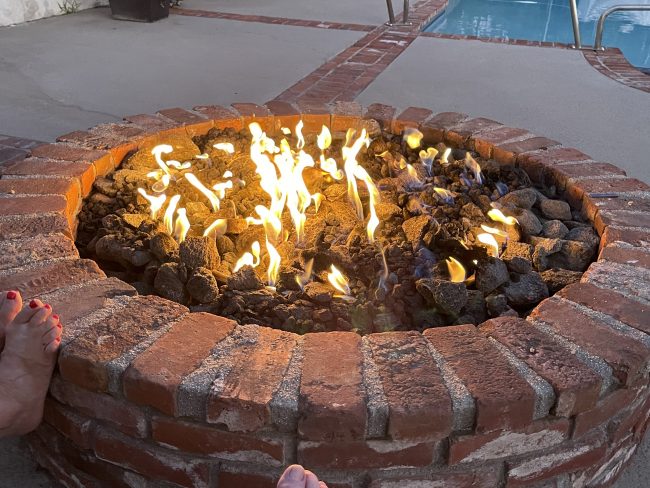 Did You Know? In 1979, the term ‘supermoon’ was penned by an astrologer called Richard Nolle. His definition of the phenomenon was a full moon that takes place within 90 percent of its closest approach to Earth. Later on, this has also been approved and adopted by the American space agency NASA. Just an old retired guy trying to finish out my last years on this planet. I lost my best friend and wife in early 2020. I was blessed again by reconnecting with Dr. Mary Côté, a long-time friend. Mary and I got married July 28th, 2021, and are enjoying life together and plan to spend the rest of our lives being a blessing to our friends and family.
View all posts by Paul →
This entry was posted in Doctor, Family, Food and Wine. Bookmark the permalink.