Fact: The first Hershey’s chocolate bars with almonds were produced in 1908 because they were cheap to make.  The nuts took the place of some of the more expensive milk chocolate, which meant Hershey’s could keep the price of the candy at a nickel.

We got up early and made ready for the trip to Los Alamitos this morning.  Robin is coming at 10:30 AM, and the three of us will go over together.

Did You Know?  An angiogram is an imaging test that uses X-rays to view your body’s blood vessels.  Physicians often use this test to study narrow, blocked, enlarged, or malformed arteries or veins in many parts of your body, including your brain, heart, abdomen, and legs.  When the arteries are studied, the test is also called an arteriogram.  If the veins are examined, it is called a venogram.

To create the X-ray images, your physician will inject a liquid called “dye” through a thin, flexible tube called a catheter.  The catheter is threaded into the desired artery or vein from an access point.  The access point is usually in your groin, but it can also be in your arm or, less commonly, a blood vessel in another location.  This “dye,” properly called contrast, makes the blood flowing inside the blood vessels visible on an X-ray.  The contrast is later eliminated from your body through your kidneys and your urine.  Your physician may recommend an angiogram to diagnose a variety of vascular conditions. 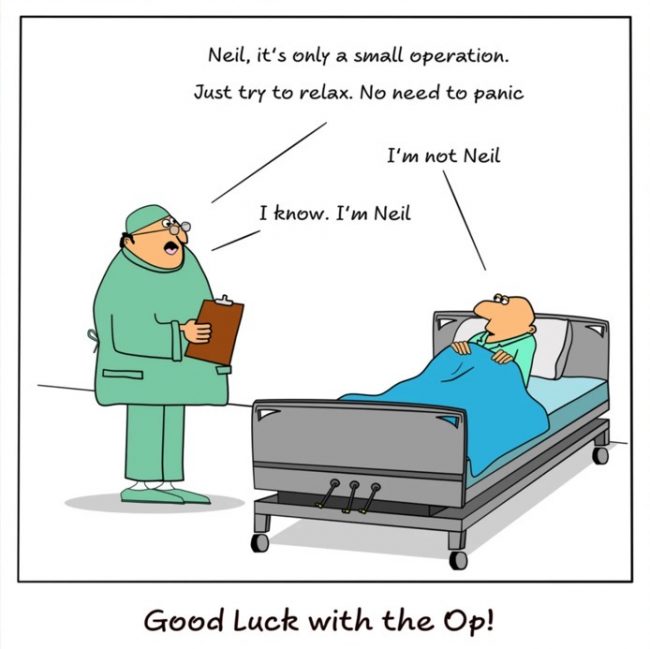 As the day progressed, so did the contractor and he ran into roots, big roots.  The progress was slowed down so the roots could be dug out and they must have been to an older tree located in this area years ago. 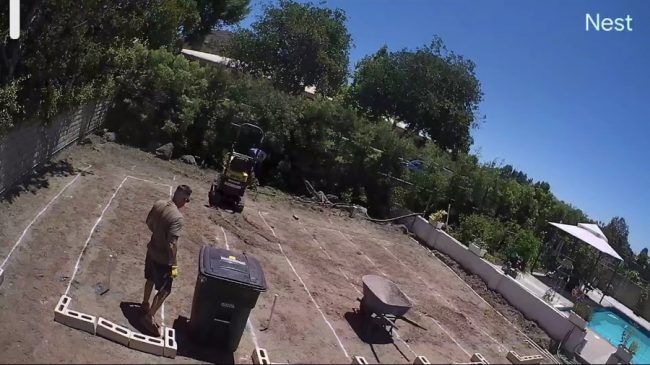 We watched progress being made!

In the waiting room, I texted friends and family.  Mary stayed with me the entire time. 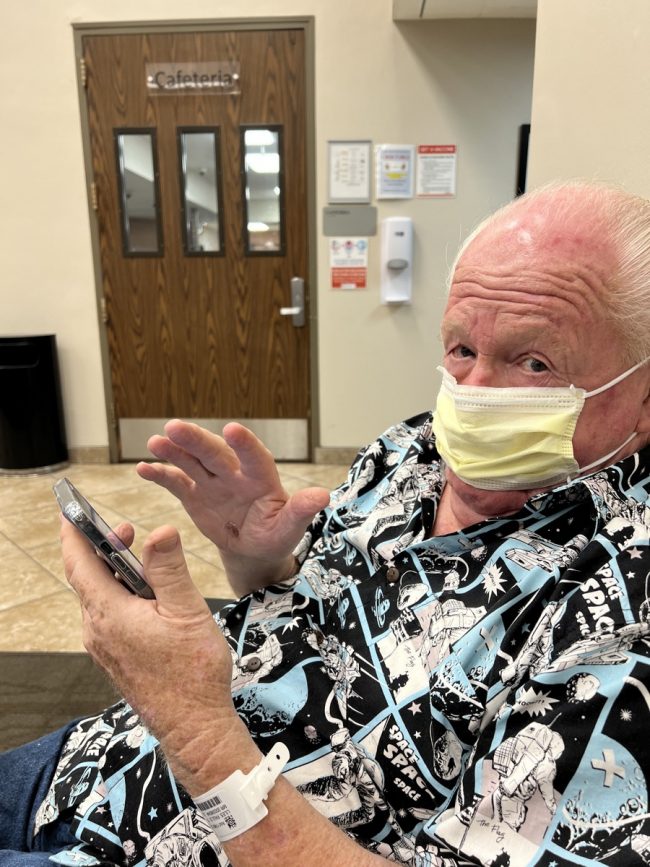 I am waiting to be called.

Finally, we went into Same-Day Surgery, where they prepped my/  I never had so many wires connected to me (since the bypass surgery). 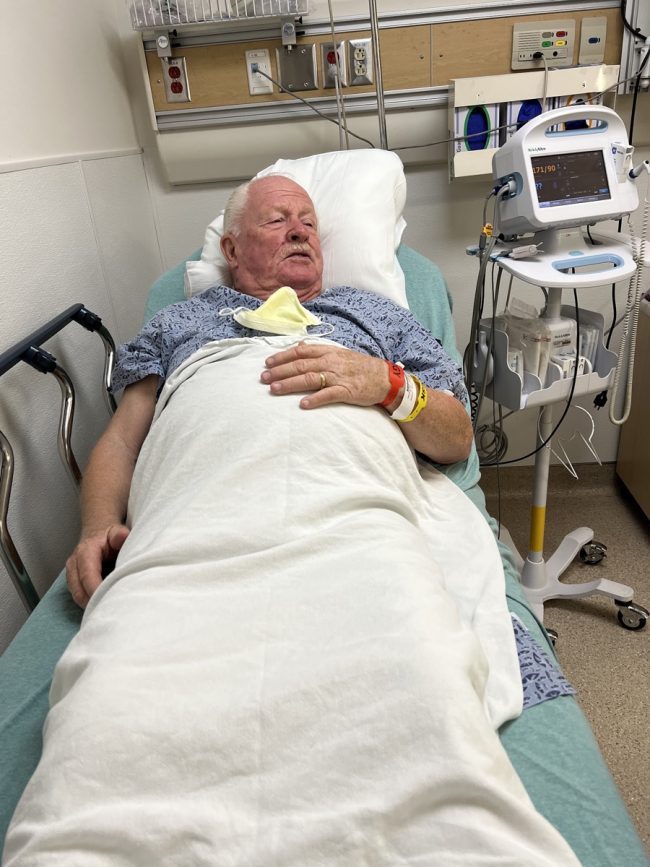 Electrodes everywhere; one good sneeze, and they would be picking up probes and gadgets off the ceiling for a week.   After several minutes of buzzes and other strange sounds, they declared I was “alive and well.”  Hell, I could have told them that! 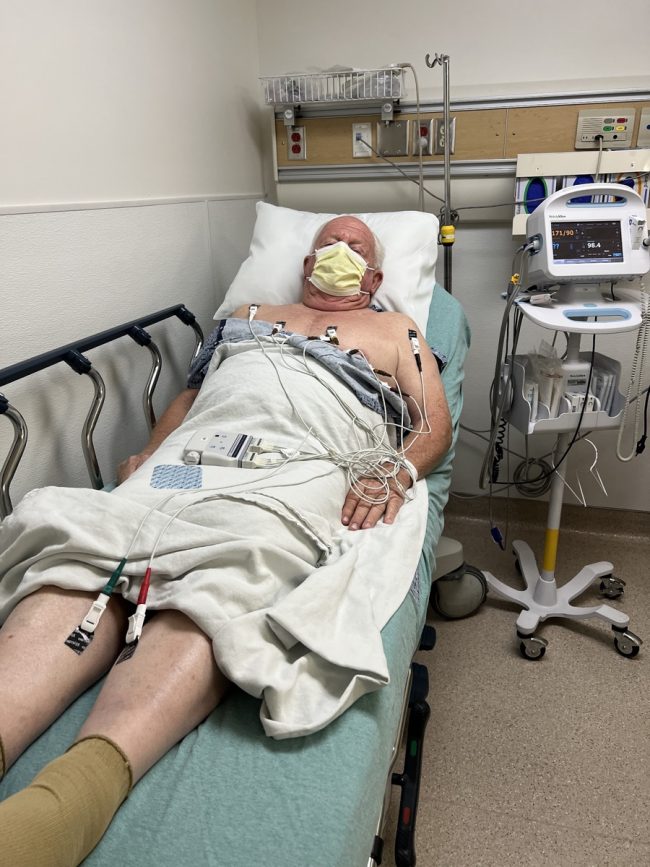 Then the announcement, “You are not scheduled until 3:00 PM!  Didn’t they tell you that at the front desk?” What!!!  I have been lying here for three hours, I almost have bed sores, and I have to tinkle.  Tinkly?  That means I would disconnect and stroll down the hall with my cute little butt cheeks waving in the breeze.  OMG, how awful for the poor nursing staff! 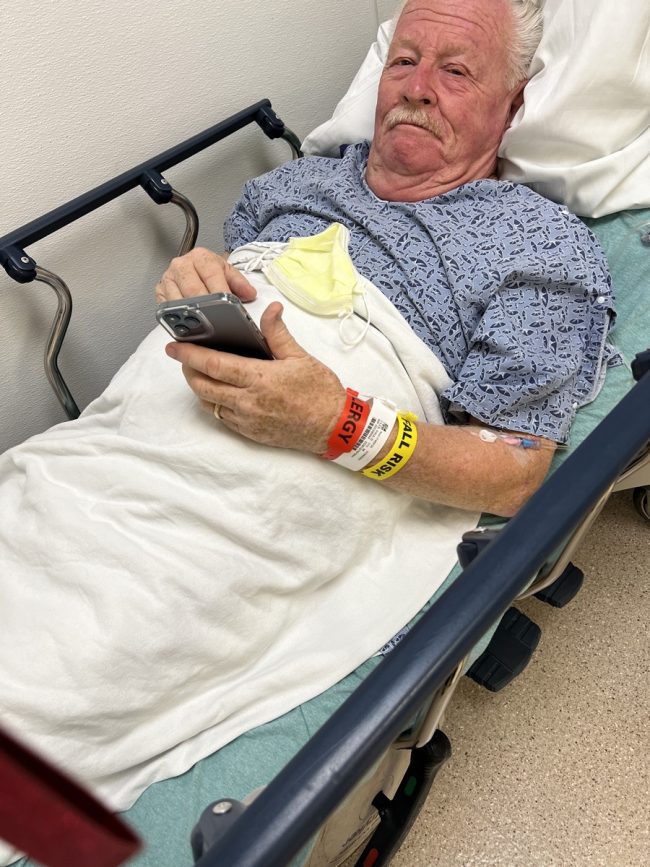 I was so hungry I could eat a horse and chase the rider.

I was so hungry it reminded me of the old story about a hungry traveler who stopped at a monastery and was taken to the kitchen where a brother was frying chips.  “Are you the friar?” he asked.  The brother replied, “No.  I’m the chip monk.” 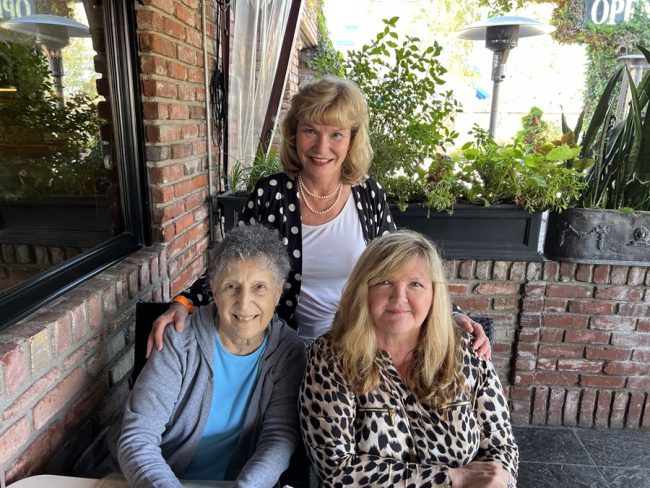 Time for lunch at the Fish Company

Meanwhile, I get wheeled into the CathLab, where I met an old friend.  Bill was the CathLab fellow who did three of Sue’s procedures, and he recognized my name and knew Sue’s name.  I told him about the last two-plus years.

I was out in about 90 minutes, and they found nothing interesting!  That’s good and bad!  I was aware of Mary just a moment or so after being rolled into the recovery area.

I was still so hungry I could eat my watch.  But that would be time-consuming. 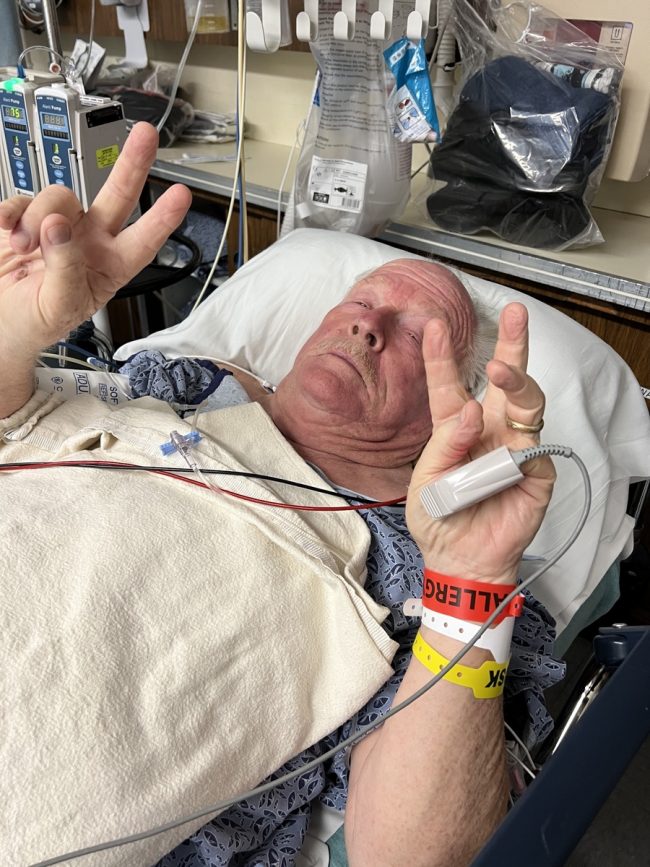 Mary assisted me in getting dressed and getting ready to go home, but because of the procedure, I had to stay until 9:30 PM; they did not want the plug to “pop” and bleed out.

Then MAry said, “Can I be your ophthalmologist ‘cause I can’t stop looking into your eyes.”

Robin and Irene stayed the entire time to be there if Mary needed them; we are blessed with good friends and family.  We kept Joe and Colleen appraised throughout the day. 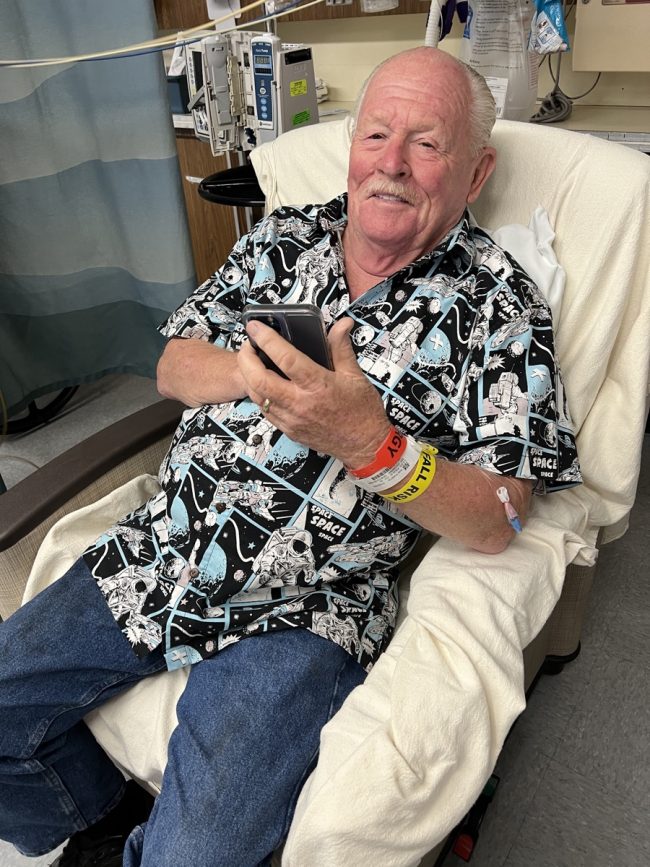 FOOD!  Robin drove home, and I was riding shotgun.  When we got home, Mary put me to bed, and they whipped up some comfort food; mac and cheese with spicy sausages.  I woofed it down like magic; POOF!  For whatever reason, I was tired and went to sleep immediately.  I woke up at about 3:00 AM, walked to the kitchen, and nuked the remainder of the mac and cheese, a late midnight snack.

Just an old retired guy trying to finish out my last years on this planet. I lost my best friend and wife in early 2020. I was blessed again by reconnecting with Dr. Mary Côté, a long-time friend. Mary and I got married July 28th, 2021, and are enjoying life together and plan to spend the rest of our lives being a blessing to our friends and family.
View all posts by Paul →
This entry was posted in Doctor, Family, Friends. Bookmark the permalink.