Fact: Strange, but true: Elk can count to 10.  How do we know?  Scientists have noticed that when a female elk is presented with the choice between a mate with nine antler points and ten antler points, she’ll almost always select the bull with 10 points.  She’spaying attention!

We got up a little early today, and Mary’s friend Maxine had the right idea!  We hit the sack about 9:00 PM last night so getting up at 5:30 AM is not too bad for older people! 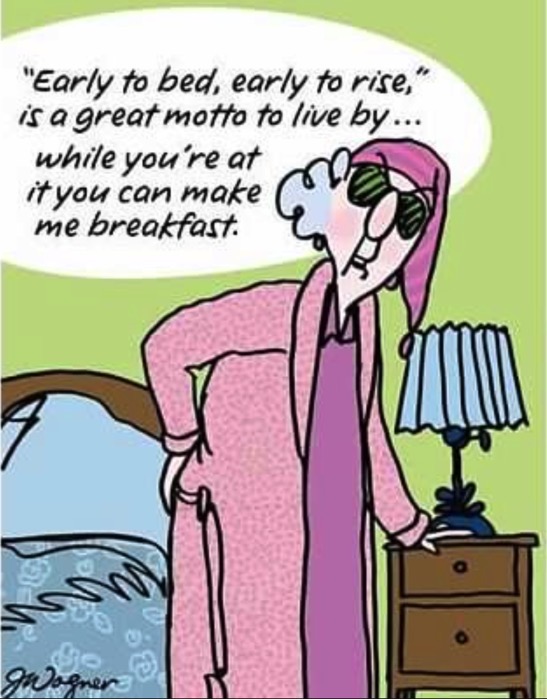 While working in the office, I went through the Fox News website and read some articles.  This cartoon pretty much sums it up about D.C.  We are in trouble, serious trouble!

We worked in the office until it was time to clean up and go to “Girls Night out”  Well, it was 10:00 AM, and Mary popped in and said, “Let’s go!”.  I thought it was a bit early, but I figured we had some errands to run that I was unaware of.

As we are zip-bopping down the 55, Mary turns to me and says, “It’s only 10:30; why are we going so early?” I had no reply other than the standard, “Yes, Dear!” which did not answer the question.

We got t the Lodge a wee bit early.  I suggested we have an appetizer and then Mary reminded me of my weight!

We passed the time drinking coffee before everyone else showed up. 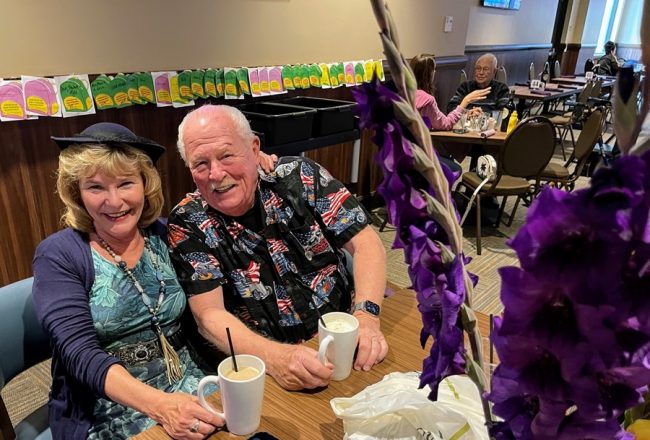 Everyone loved the flowers (Gladiolas)

Did You Know?  The gladiolus not only has roots in the ground but also in ancient history.  Named for their shape and appearance, the term gladiolus stems from the diminutive form of gladius, which means sword in Latin.  Translated literally, gladiolus is a little sword.  Gladioli have also been called xiphium, which comes from the Greek word, xiphios, which also means sword.  In addition to the name gladiolus, the flowers have been referred to as sword or corn lilies.

The and began showing up around 11:30 AM.  Mike and Linda came back later in the afternoon on Sunday, and they saw their moon disappear and DID NOT TAKE A CAMERA!!!

Mary and I looked for the eclipse, but we were in the Swim Spa, and the moon was in the trees just behind us; we missed the event. 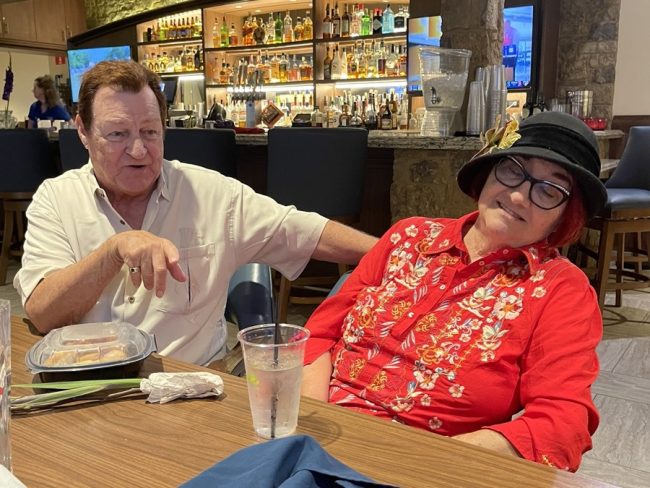 George came in a little later and asked about Colleen (our daughter).  They are good friends.  I mentioned Colleen and Mark were on a road trip to Indiana, so that is why there are no emails from Colleen. 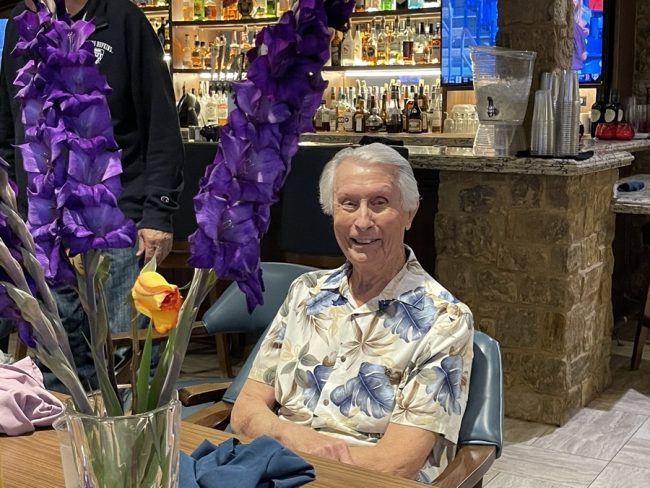 He is in trouble; we got dessert for Beverly.

This table has two Oyster Monsters sitting at it.  Who are they?  If they sit next to you and you order oysters, watch out.  I told them, “My “et oyster used to be shy, then one day he came out of his shell!”

Di” You Know?  An oyster can filter 1.3 gallons of water per hour.  Oysters filter water through their gills and consume food, like plankton, in the process.  Oysters can maintain the balance of a marine ecosystem by reducing excess algae and sediment that can lead to hypoxia, or low oxygen levels, causing other marine life to die.  The oyster population of Chesapeake Bay used to filter the entire water volume of the bay in just three days. 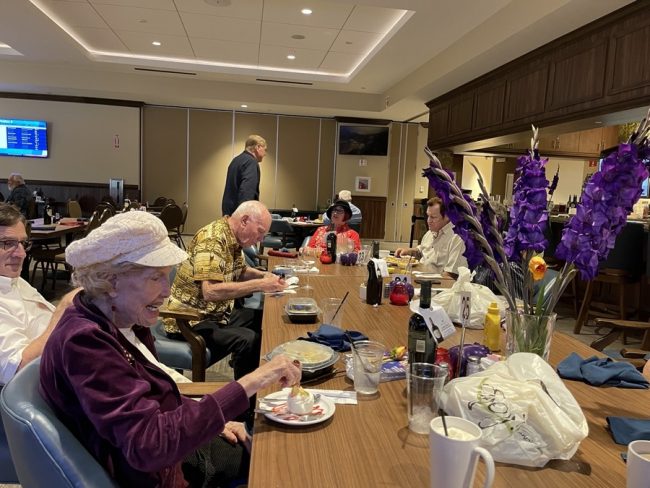 Which two ladies are the “Oyster Queens?”

We departed around 1:30 PM and went to Jan’shouse because we brought her some salmon which was perfectly done; the Elks Lodge chef is a master!

After visiting with Jan, we came home and rested a bit since Mary decided not to go to a conference this evening; it turned out the meeting could not be used for CME (Continuing Medical Education) credits.

We had dinner and then went into the Swim Spa for a good hour to soak tired old bodies. 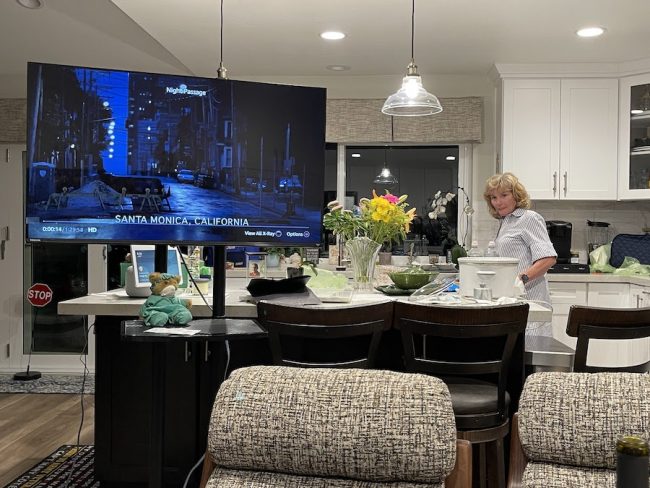 We watched a little TV while eating dinner (the roll-around TV was a wonderful idea!!)

I decided this evening I am not an early bird or a night owl, and I am some form of a permanently exhausted pigeon.

Just an old retired guy trying to finish out my last years on this planet. I lost my best friend and wife in early 2020. I was blessed again by reconnecting with Dr. Mary Côté, a long-time friend. Mary and I got married July 28th, 2021, and are enjoying life together and plan to spend the rest of our lives being a blessing to our friends and family.
View all posts by Paul →
This entry was posted in Food and Wine, Friends. Bookmark the permalink.