What do you call a line of rabbits marching backward? A receding hairline.

It’s Wednesday, so something will happen today to set the tone for the rest of the week!  After carefully thinking about the day, I realized it would be busy, so I got myself into gear!

First, lunch with Miss Robin at the Yucatan Grill in Seal Beach.  We talked and talked for an hour.  It’s our new tradition! 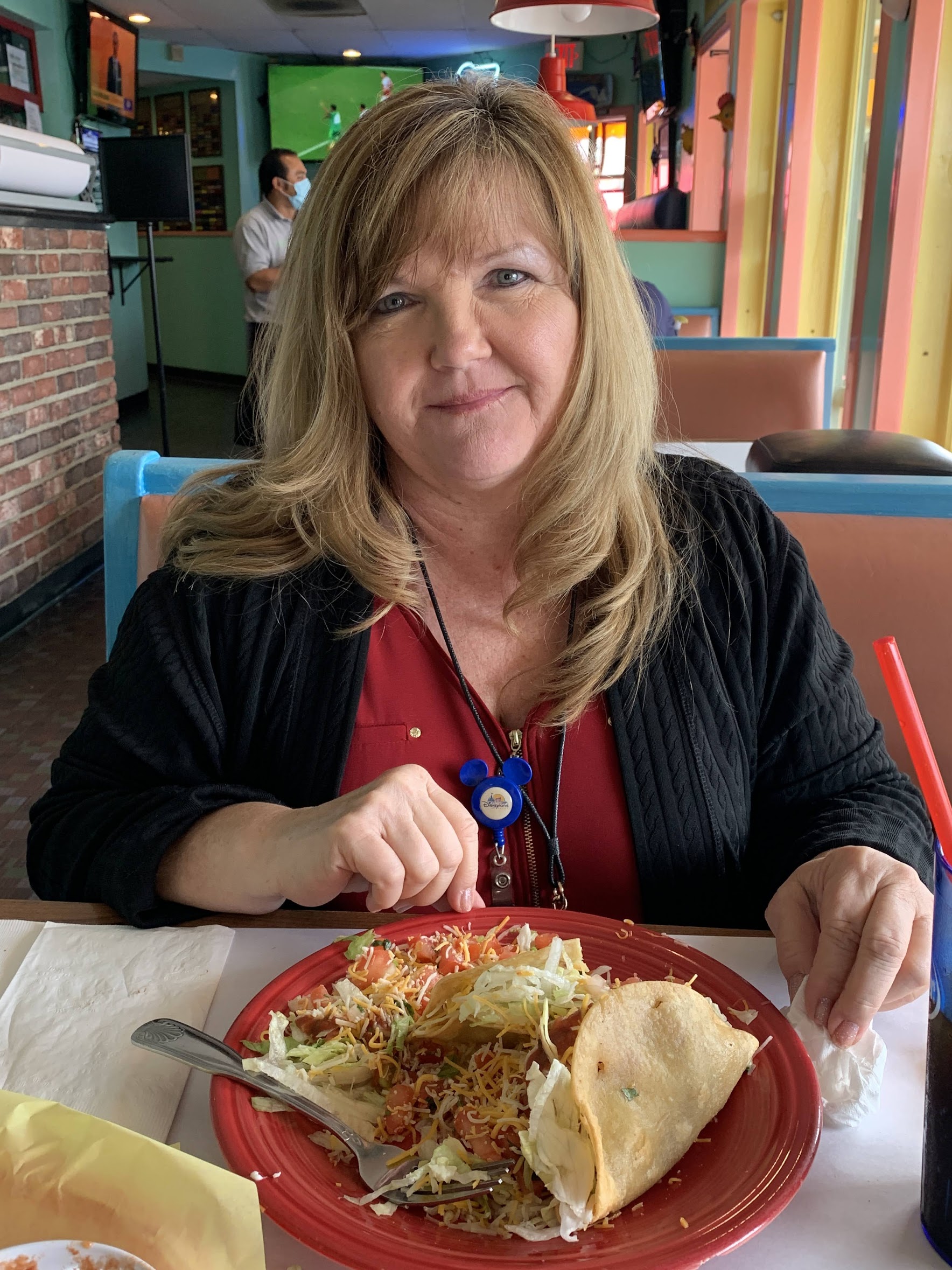 I had a taco also and one or two margaritas! 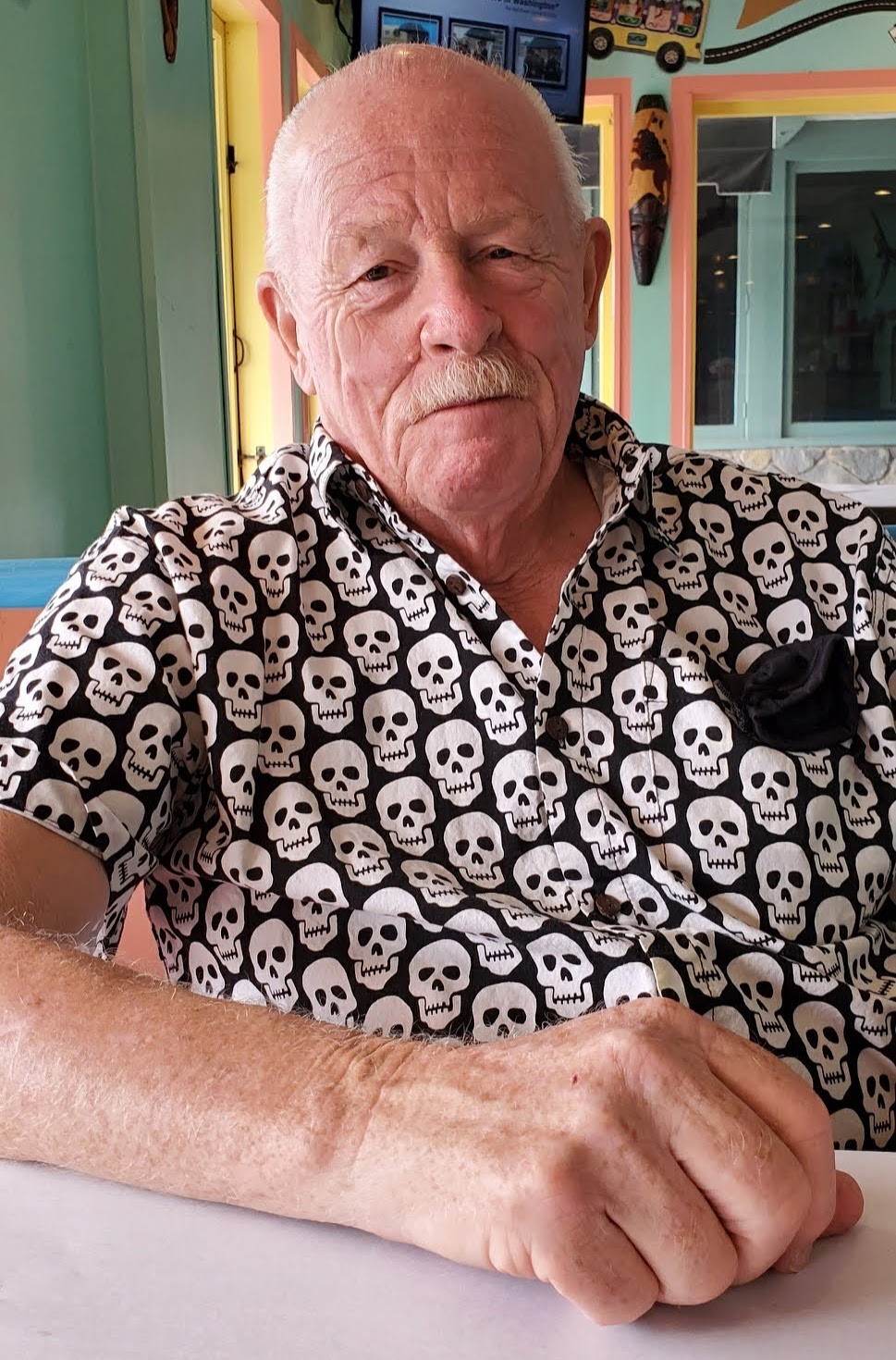 After lunch, I returned home to do laundry, check my mail, and get ready for this evening.  Mary called, and she was done with work, so I went to pick her up.  I told her I would help with Scout’s doctor’s checkup. 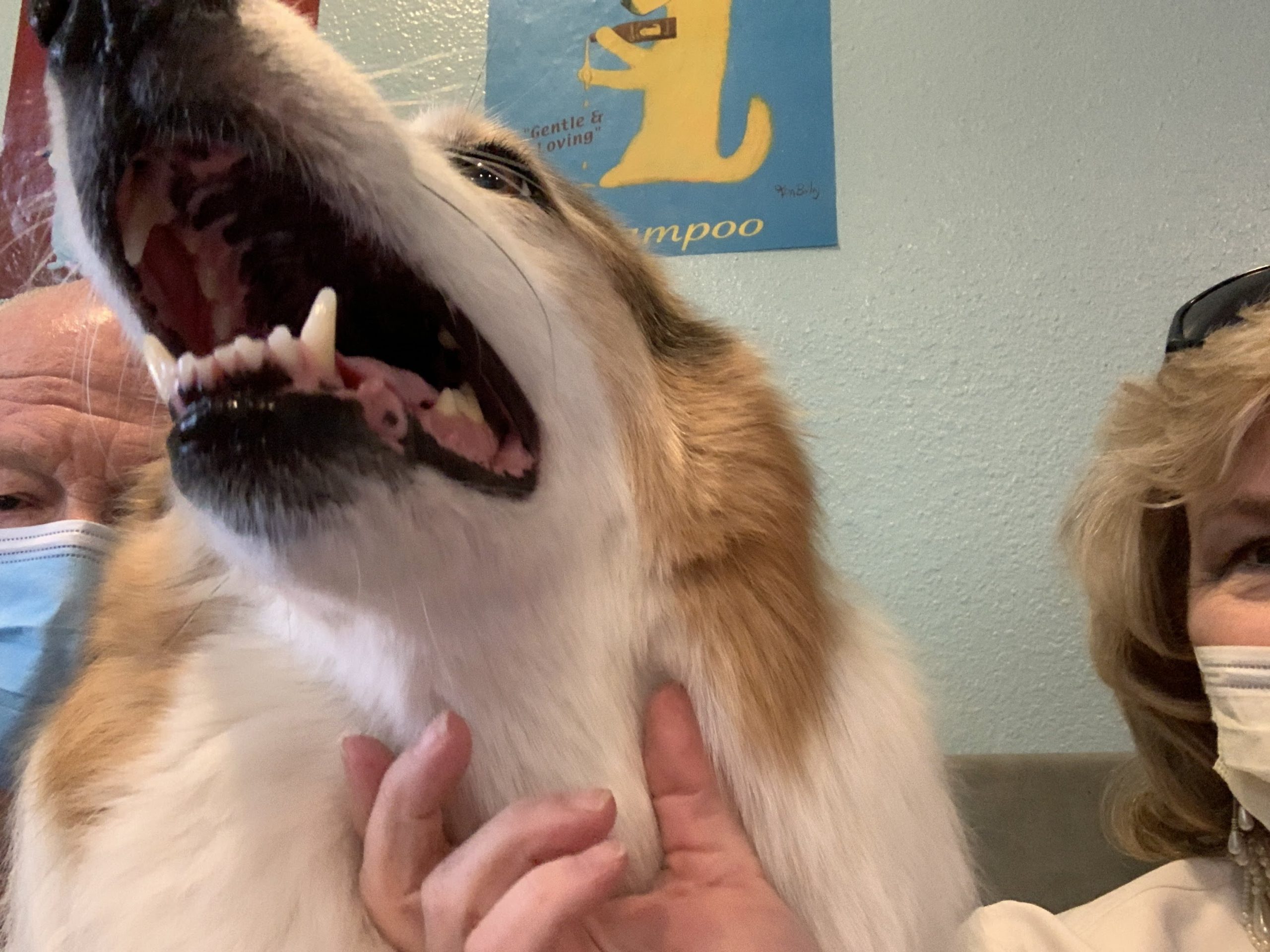 I tried in vain to get a selfie of the three of us, but alas, I failed!

Mary had a funny look on her face after we dropped of Scout at home! So, silly me, I inquired, saying something romantic like, “OK, spit it out!”

With her innocent not-so-innocent smile, she said, “Paul, I have an idea!”.  I knew it; I thought I smelled burnt toast.  Fearlessly, I said, “What do you have in mind?”  Then the more feared word in the English language came right off her tongue’ she said, “Let’s to a pedicure!”

Well, immediately, I knew she did not mean me as my “pedi” is perfectly well.  Then the “mommy look” came across her face; Mary was apparently NOT kidding.  I am in for it now. 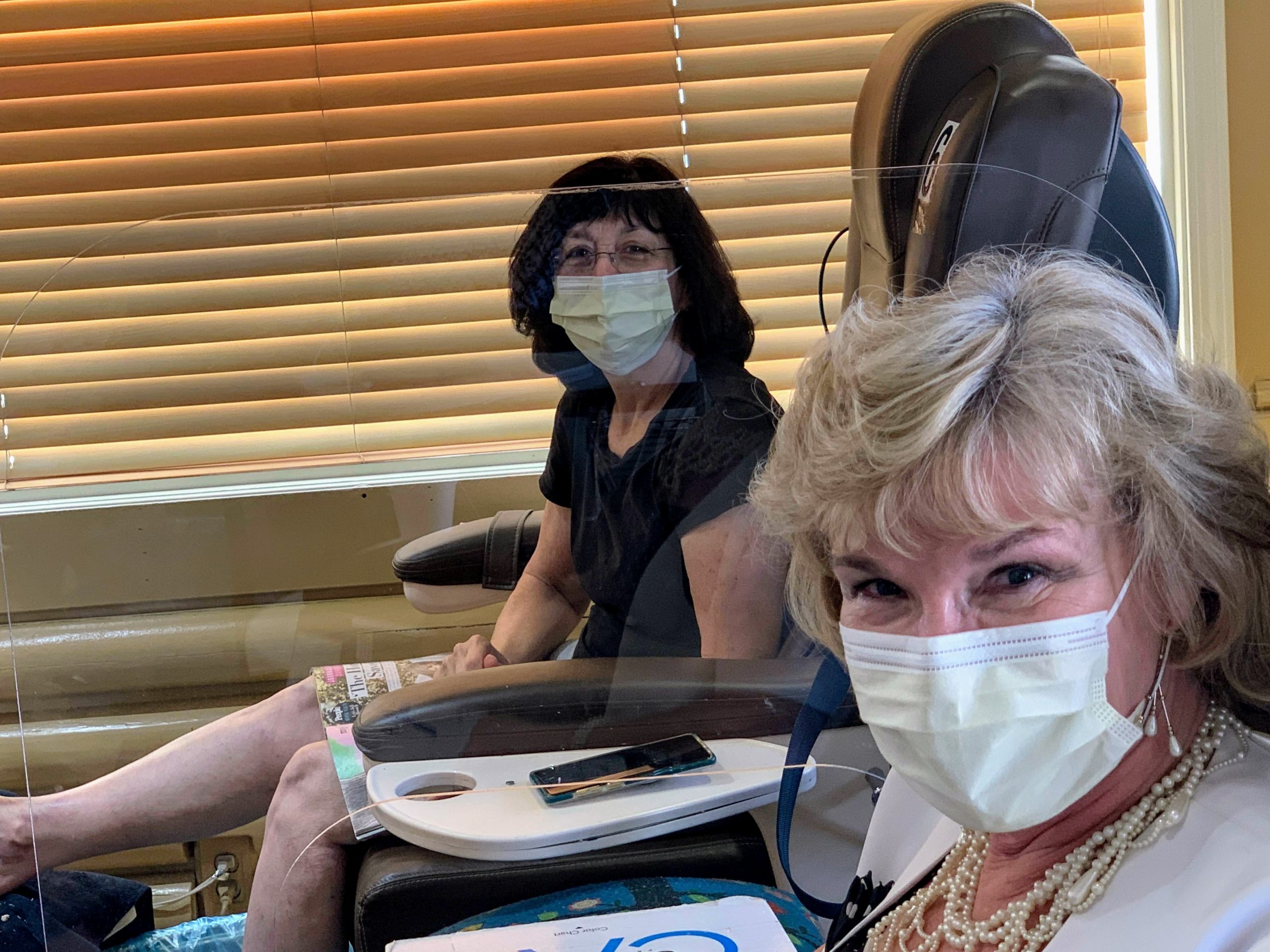 Now there is a corroborating witness! Diane was there!  I was soooooo embarrassed.

Then I thought to myself, “I am man, I have faced worse than this… in a previous life!”  So, I walked in fearlessly, and the little Asian lady mumbled something from behind her mask.  I had no idea what I was doing.  She pointed down, and I replied, “Yes, those are my feet!”   Mary responded with her normally caring voice and said, “Sit sucker!”.

I was mortified when this little lady grabbed my toes and began doing evil things to them!

So as not to look silly, I grabbed the TV remoted and began attempting to watch the TV.  The remote was in some strange language with little icons like vibrators, waves, and intensity controls.  I push every button while trying to look like I knew what I was doing.  OMG, what if one of the buttons was the ejection seat.  I had a visual of my body flying through the roof and into the parking lot, landing in a homeless persons shopping cart! 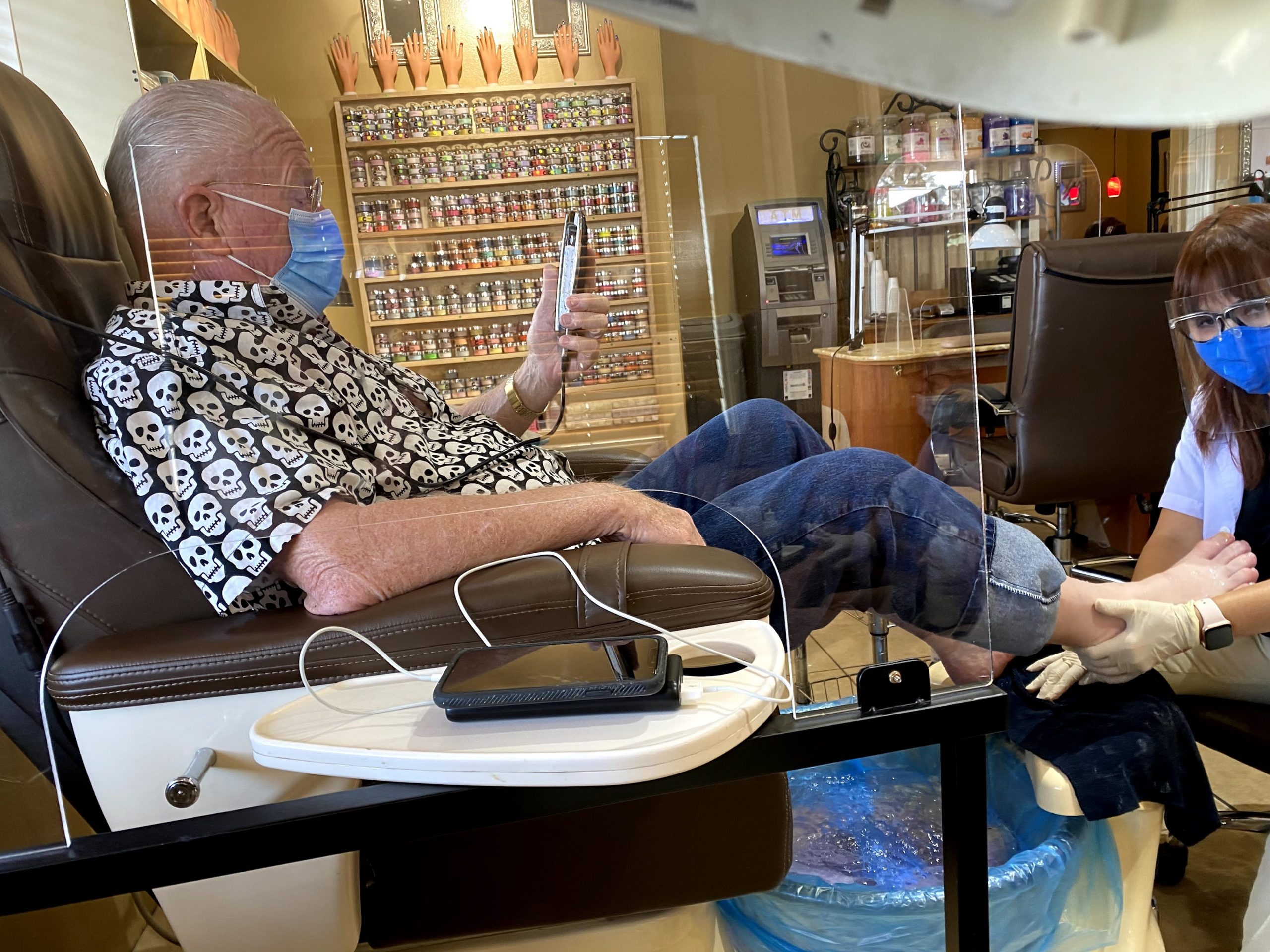 Terrified, I sat back!

What this little woman did to my feet should be outlawed.  She poked and prodded, put a strange concoction of purple glop on them, and then a calf massage.  Geeeez, I felt like I should turn myself into the cops for being naughty…and I didn’t do anything!

I began to have strange thoughts, which is nothing for me! 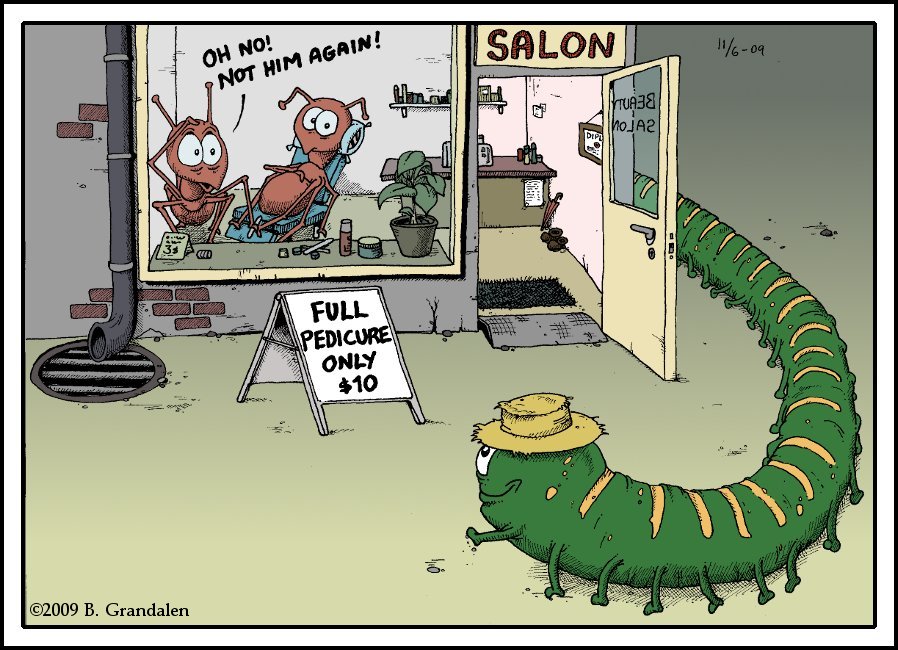 Then she grabbed me again; I thought it was all over! I went in as a rooster and going out like a hen?  Can this be the end? 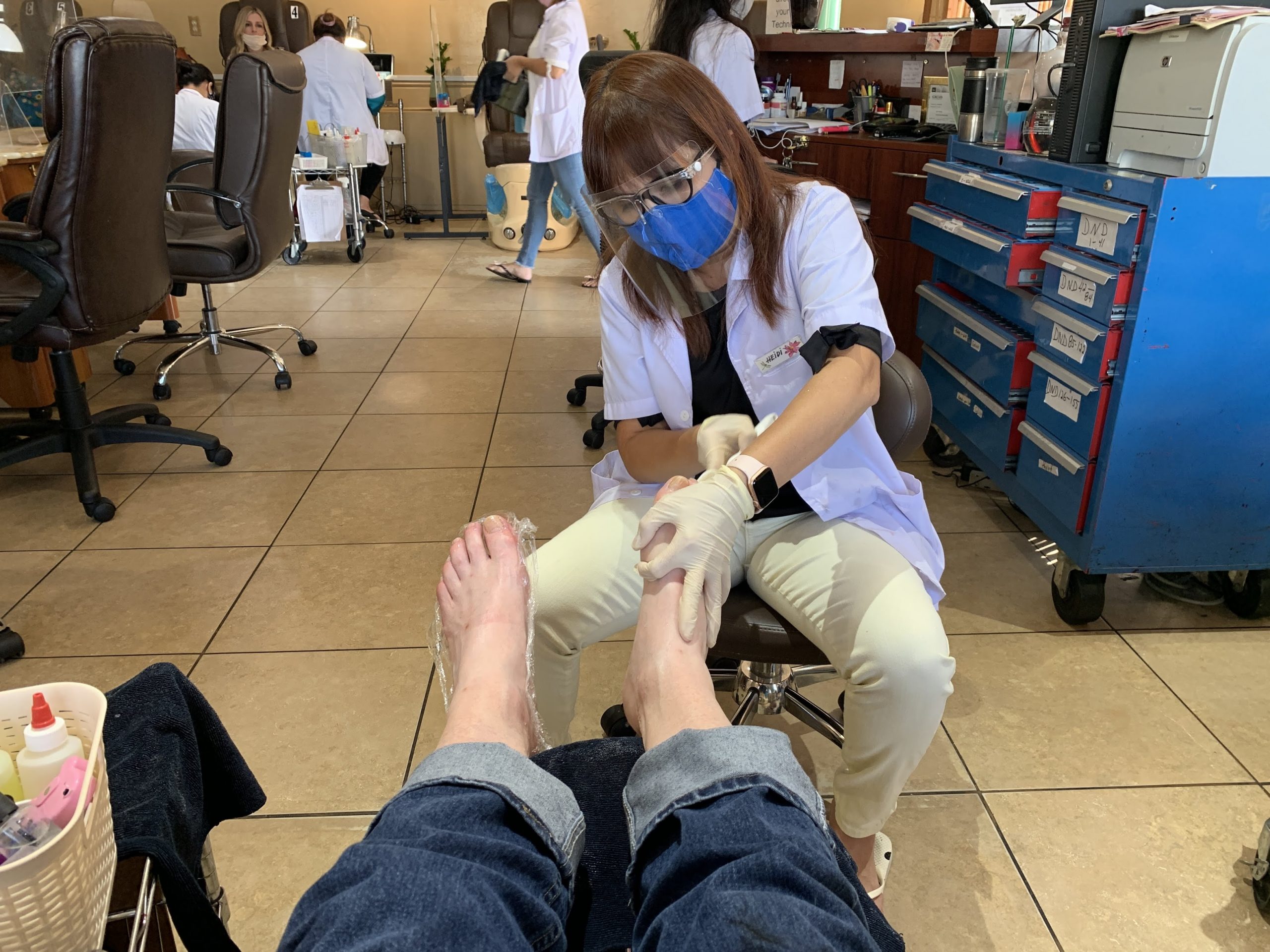 What is this lady doing?  I was the only guy in there. Does she know what she is doing?

I am happy to report, I escaped with my life plus I really has beautiful feet now!

After the pedicure, we stopped at Jan’s to do meals and wheels delivery and visit for a while.  We had calzones, key lime pie, and a case of Two-Buck-Chuck for Jan. 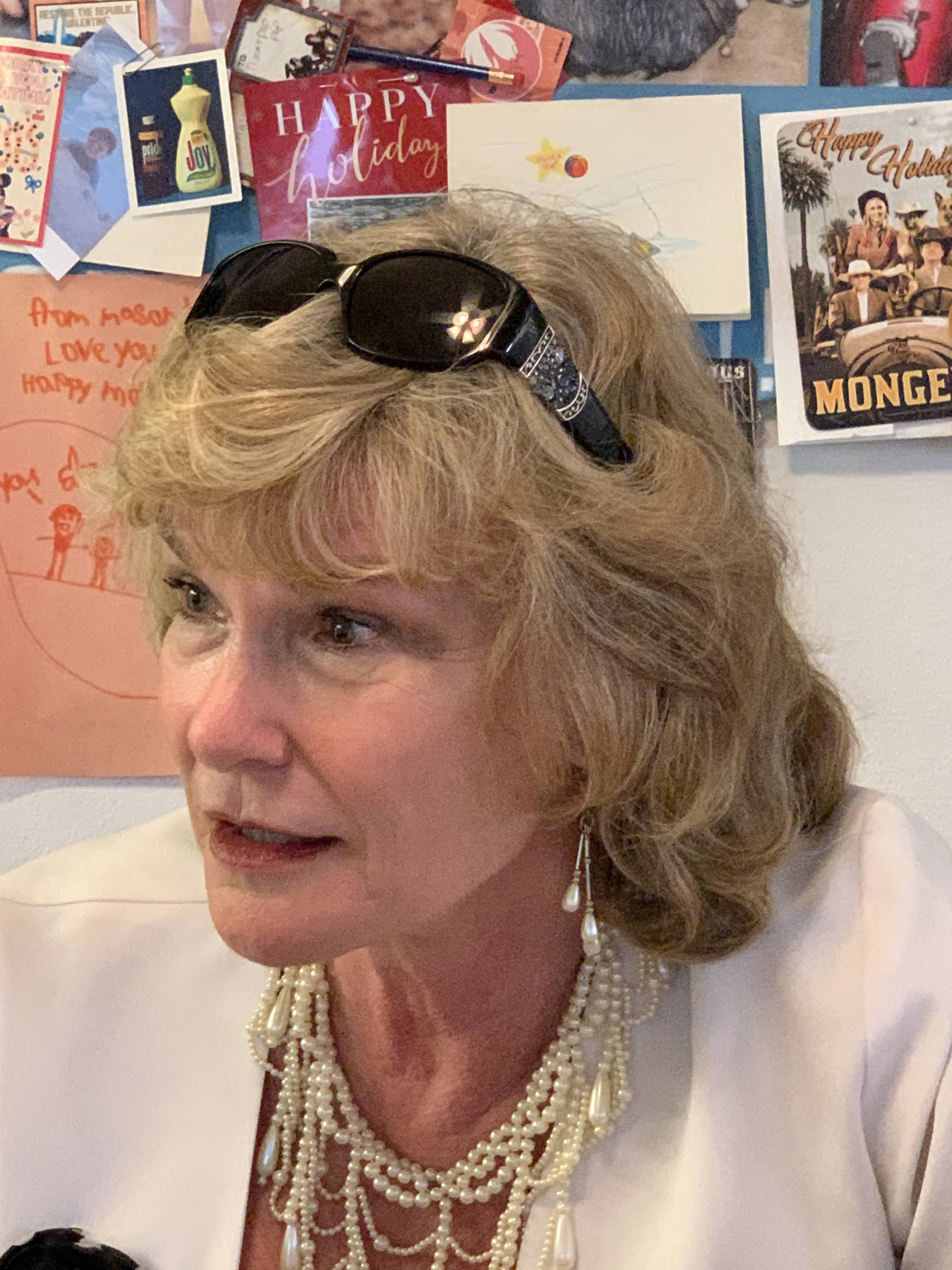 We visited for about 30 minutes before returning home.

We returned home and had dinner, plus worked on the Halloween puzzle. We are making progress. 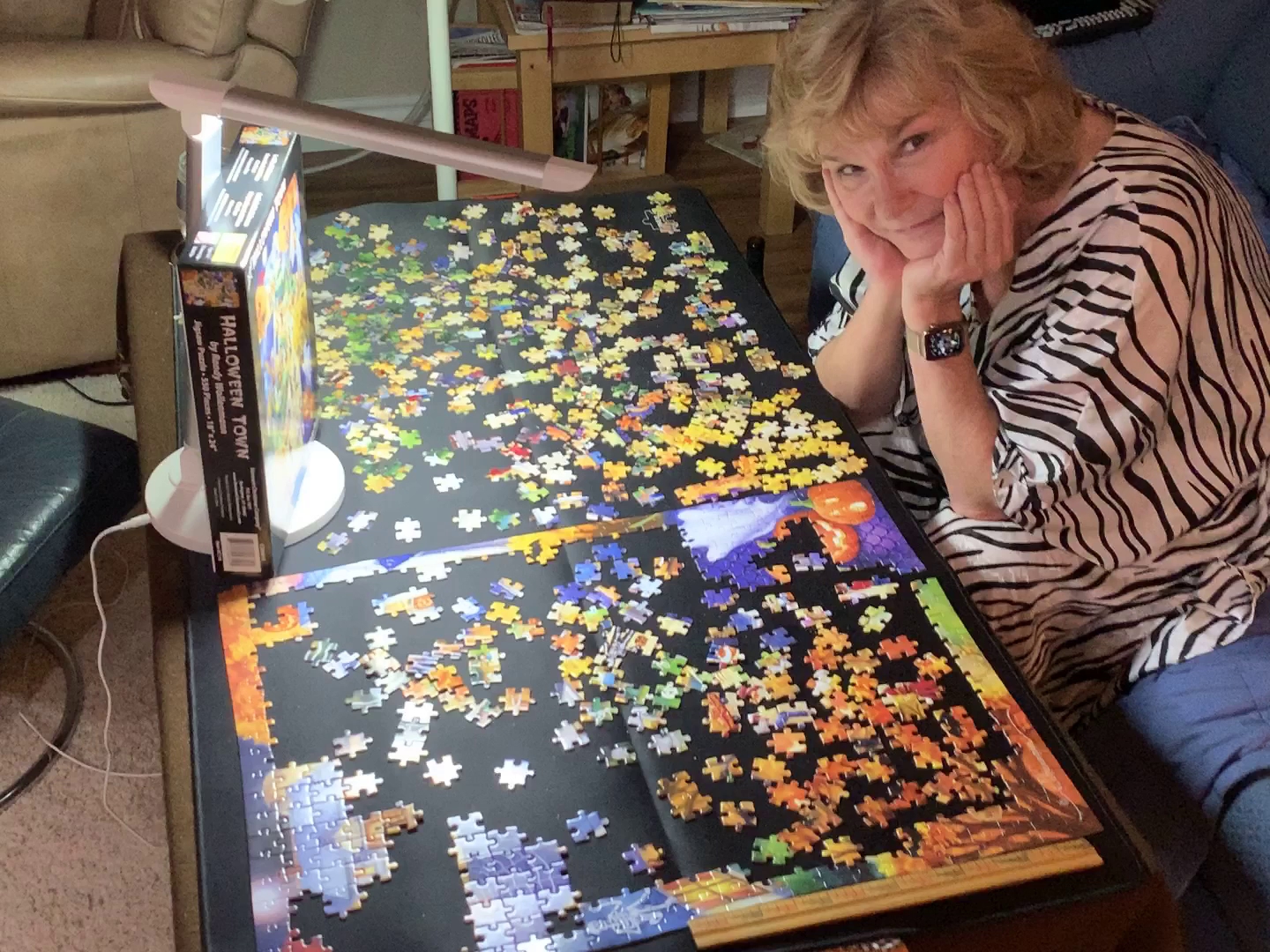 It is not as easy as it looks.  There are 15,550 pieces in total!  We think we have lost one, so if it is not under the table tomorrow, we will question Scout. 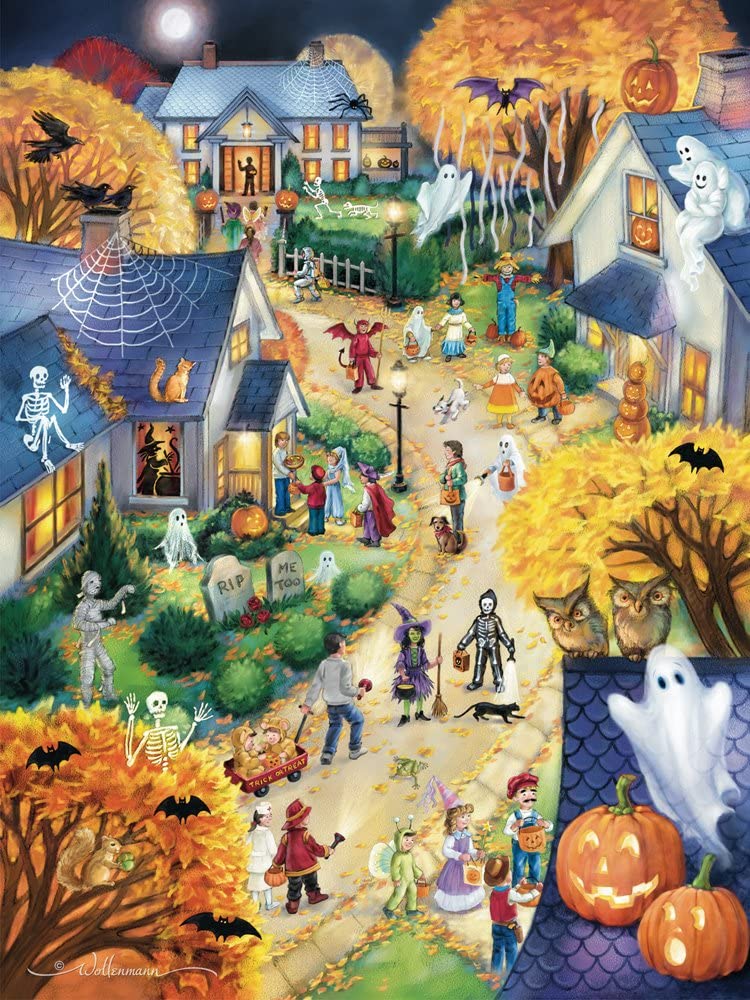 It was getting late, so I headed home as we have a big day tomorrow.

Just an old retired guy trying to finish out my last years on this planet. I lost my best friend and wife in early 2020. I am involved seriously with a long-time friend, Mary, and life goes on.
View all posts by Paul →
This entry was posted in Dining Out, Family, Food and Wine. Bookmark the permalink.