What do you call a beautiful pumpkin? GOURDgeous.

I woke up early on purpose because I wanted to check out that old adage about waking up early and see if it is true.  I crept out of bed on my hands and knees to make sure I did not scare the worms.  On the front door, I went crawling carefully and looking for signs of the purported early worm.  Alas, I was disappointed again!  All I got was a sore knee and a neighbor looking through my gate with a puzzled expression. 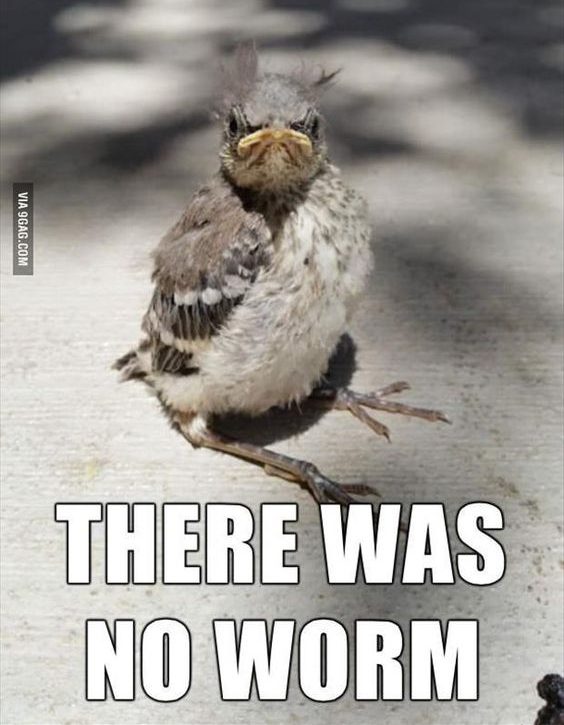 This morning was bill paying day, plus the garden needed attention.  The veggies got ample watering because I forgot to turn off the water when I ran up to the store.  I should have been raising water chestnuts and kelp!  It’s going to be hot today so the soil will dry out!

Colleen was out and about, so I chatted with Mark for a while, then it was time for lunch.

11:00 AM on Wednesdays means it’s Robin time!  We ate at the Yucatan Grill in Seal Beach.  They had a special today, Swordfish taco’s; I could not resist! 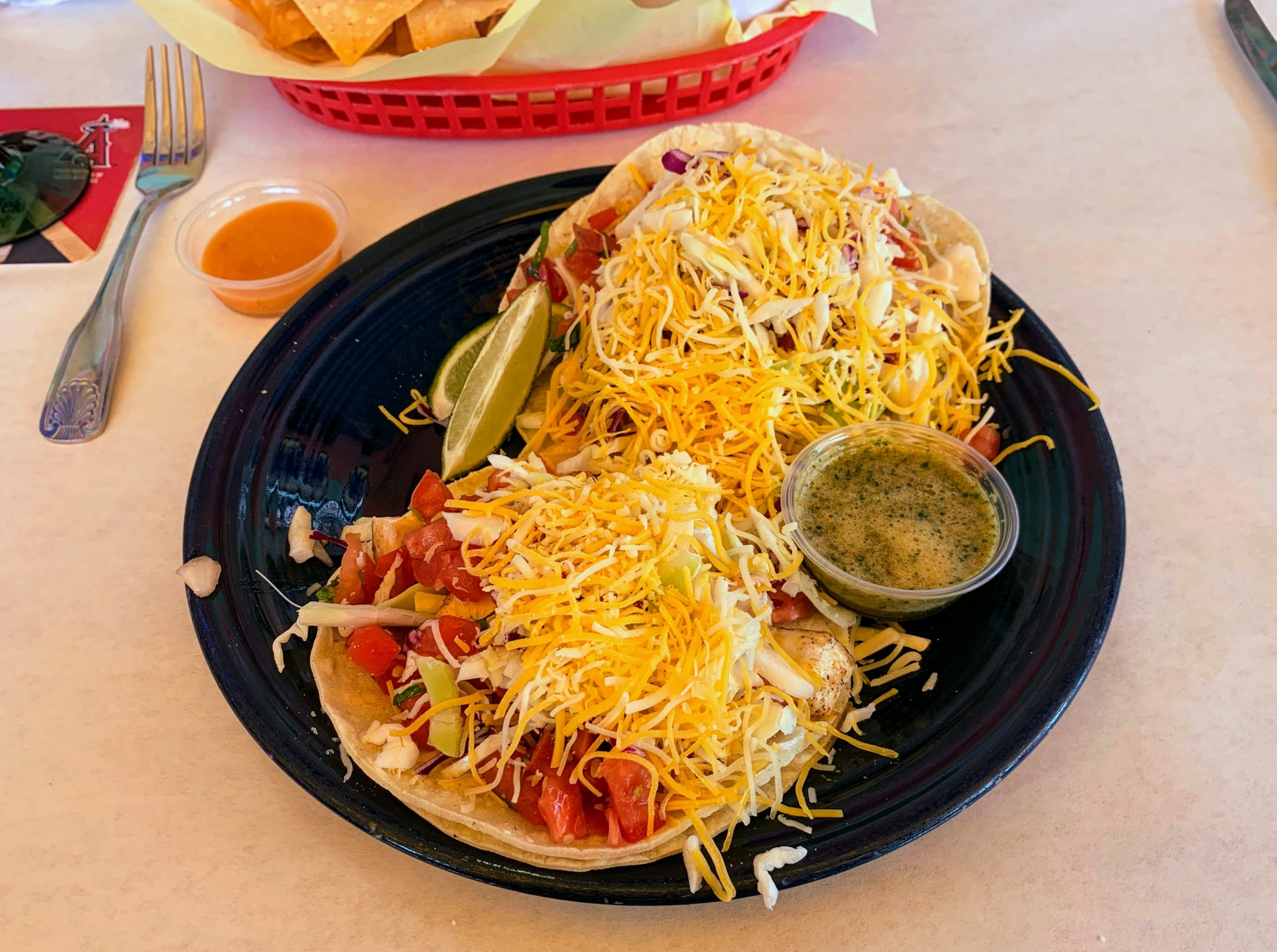 I was thinking healthy, swordfish tacos!

Robin and I talked about things for almost 45 minutes before she had to skedaddle back to, yes, a four-letter word…work! She may be staying overnight with me on Thursday and Friday, thus avoiding the long drive to Corona. 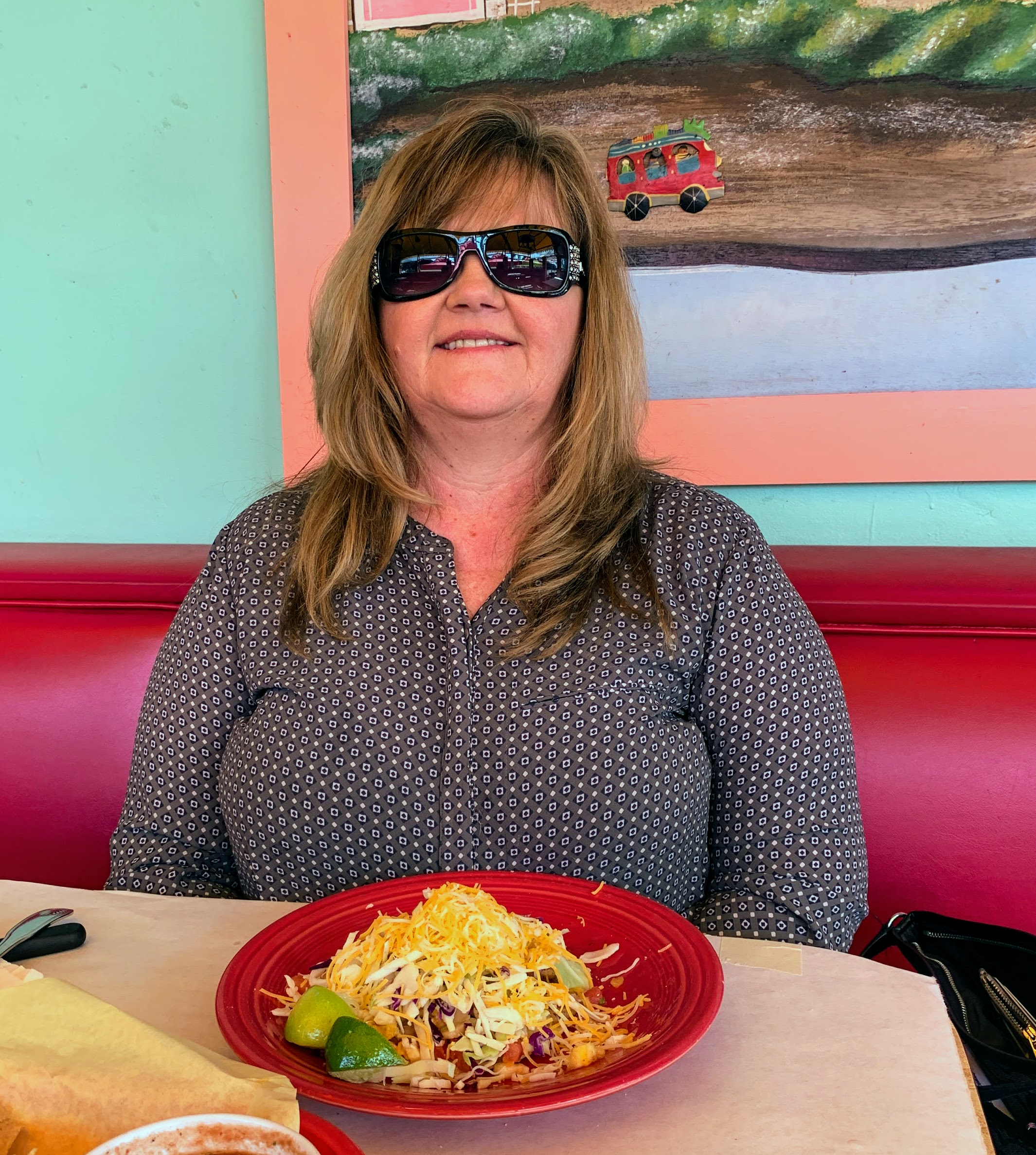 Mary got off a little early today as her rug guys were coming, and she needed to be home.  We decided to meet up around 3:00 PM at her place.   I ran home and got myself ready, and off we went, The Silver Fox and me humming down the freeway as fast as the little electric motors would carry us! Sparks were flying!

After arriving, we went upstairs and sat for a while as the air conditioning was okay up there.  It was 104 degrees when I arrived, and the doors were open downstairs so the rugs would dry.

Mary decided she was going to finish off a three-hour course on-line.   Scout, and I went outside in the patio and played his favorite game called  “scratch my head.”  It’s a silly game, but it kept us out of trouble for a while! 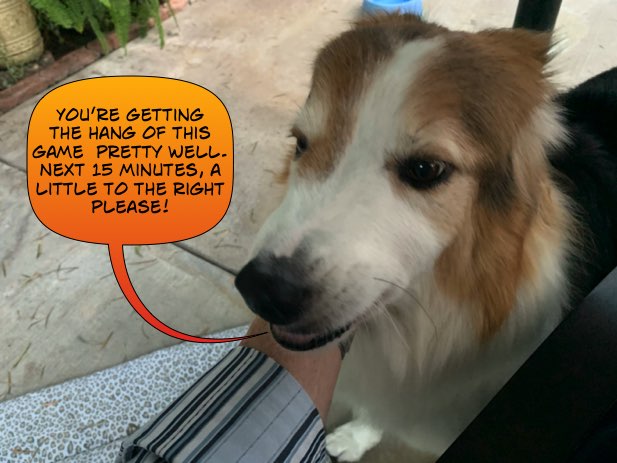 I am learning to speak fluent Scout!

It was 6:30 PM when Miss Mary came out of her office stuffed full of new-found knowledge.  In the three hour period, only fifteen minutes was applicable to her!  It’s time for dinner.

I suggested Patty’s place, and she perked up, got that “Mary smile.” I think the double back-flip was also an indicator of a right decision.

We were off in a flash, peeling rubber as we rounded the driveway heading up to the main gate.

Chuck got a call from the mobile phone, warning him that we’re on our way!  That was so he could warn his clientele, who may be faint of heart, to be gone by 7:15 PM.

We were not in a big hurry, so we had soup first.  Chuck had a bottle of my gin left from Zachary’s party, and he gave it to me tonight.  I was brave; I only had one drink of purple passion! 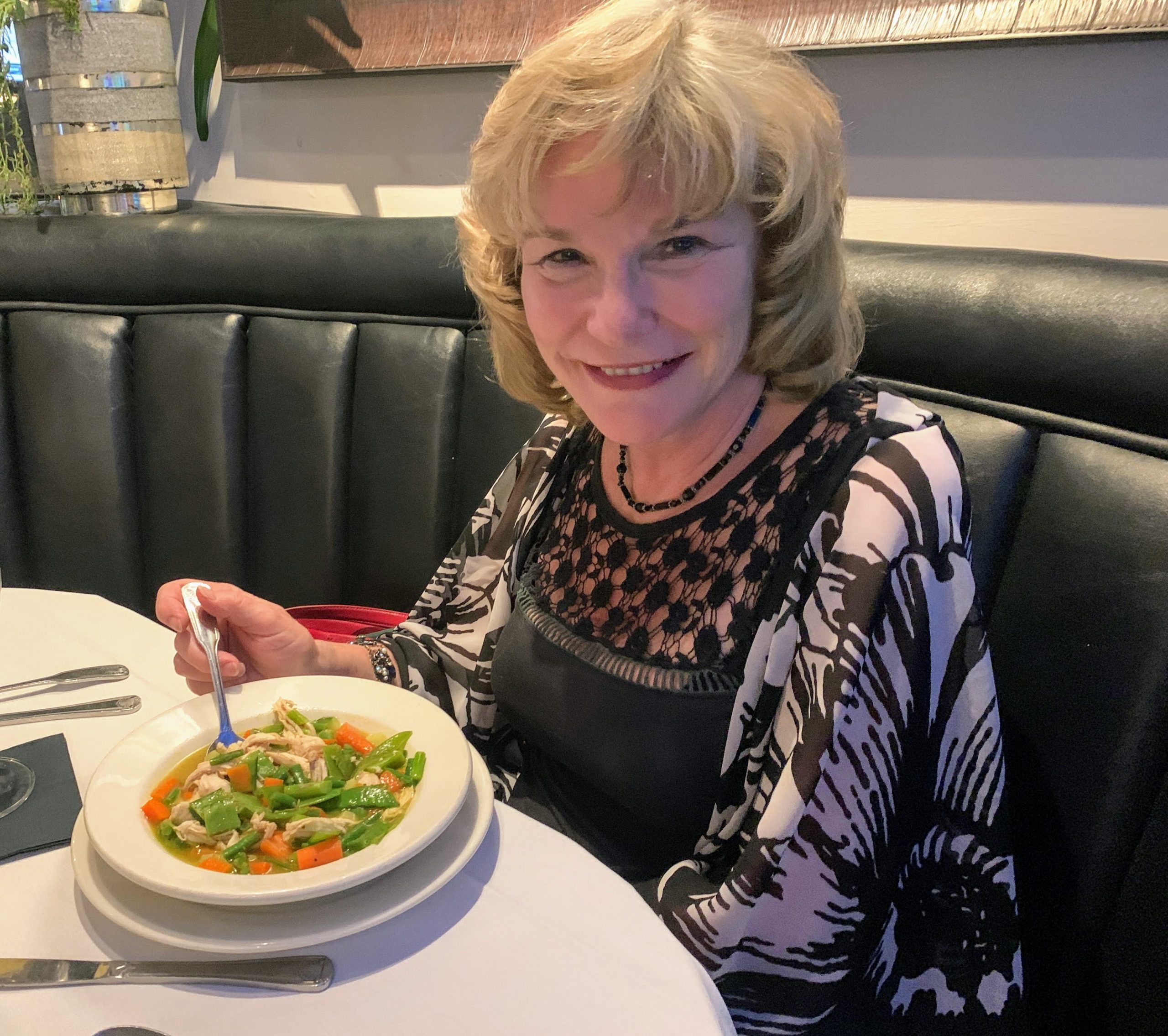 The soups were fantastic this evening.

We had a fantastic meal; splitting the whitefish was an excellent idea!  Thank you, Mary, for keeping the old man healthy! We laughed and giggled for another hour, and Chuck did the camera honors. 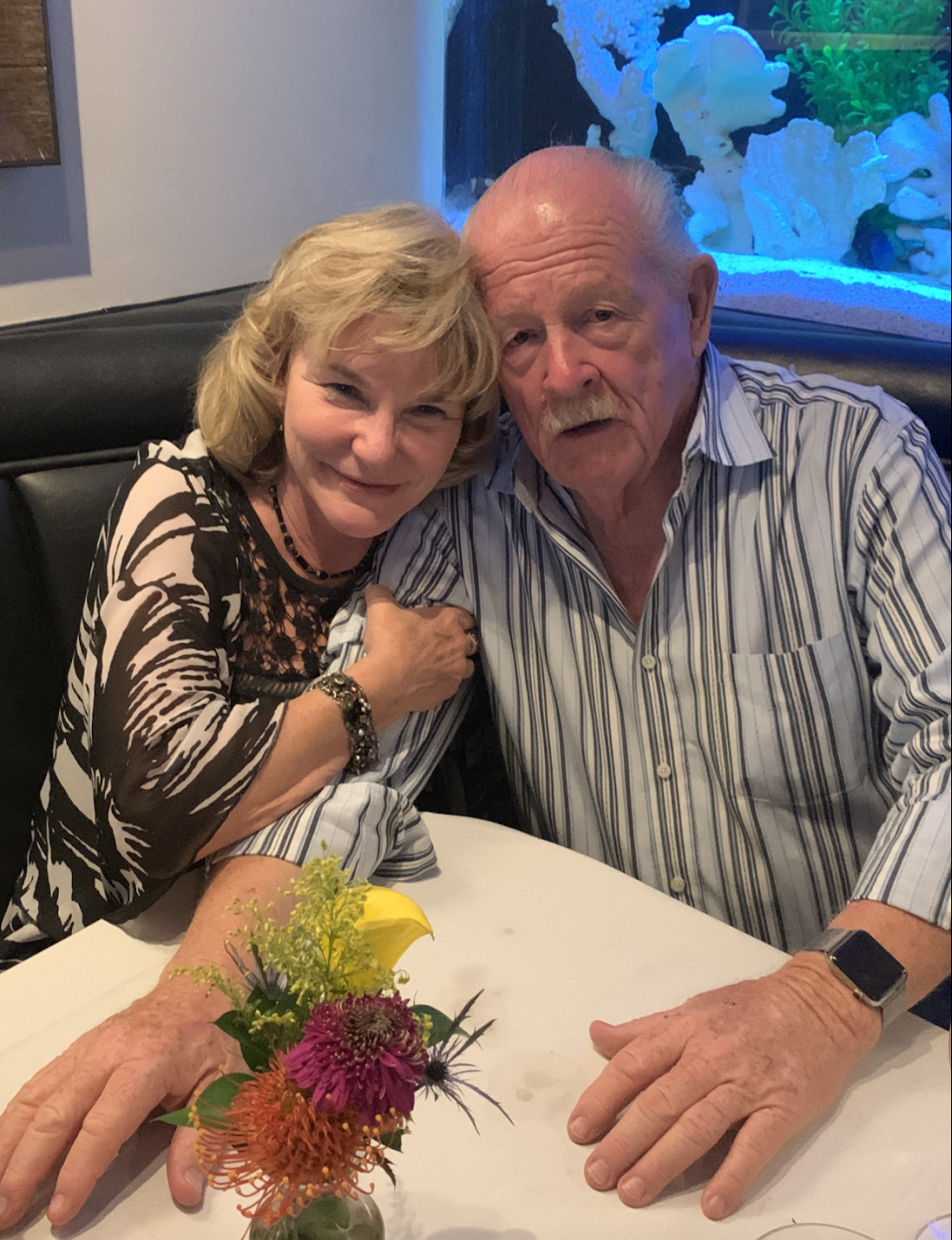 Things are warming up!

Time flies when you are having fun, and we are doing just that.  Then it happened, OMG, what should I do.  I had to tell Mary about the little bit of spinach in her tooth, so I got up real close and BAM, liplock! Yes, I got the spinach, she never knew! 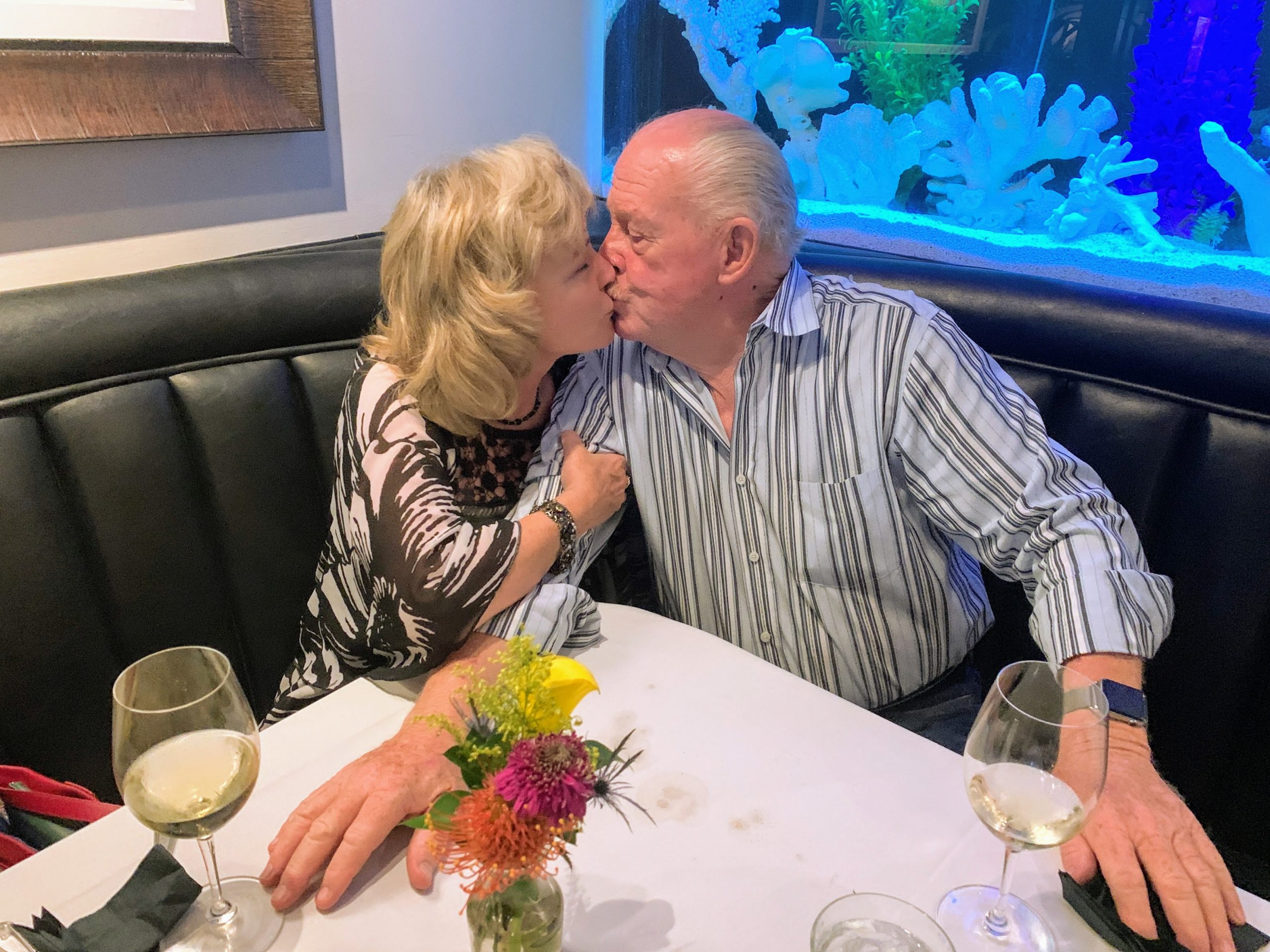 I am glad Scout was not here to witness his humans being so bold in public.

It’s close to nine, a little past my curfew, so we fired up The Silver Fox and headed East on the 22 Freeway to Mary’s home.  The moon was quite beautiful this evening, along with my passenger. 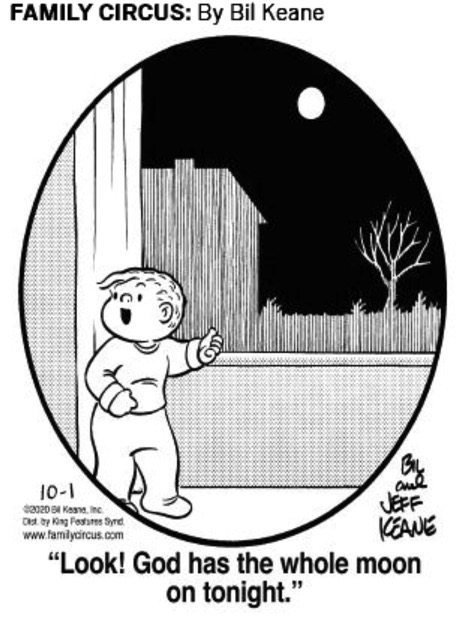 By the time we arrived, all of 9:30 PM, Scout was at the front door, tapping his toes, looking at his watch, glaring at me down his muzzle, and wanted to know why I had Mary out this late on a work night.  I promised him another hour of head-scratching tomorrow, so I was allowed in for fifteen minutes, but he did keep his eyes on me.   Ha!  I fooled Scout.  I knew that fifteen minutes really is one-hour forty-five minutes in dog-minutes!

At 9:45 PM on the dot, I heard this ferocious bark, a growl which sounded like a wolf was nearby, blood-curdling it was.  It was Scout’s way of saying, “Out damned spot; your time is up!”  Apparently, the fifteen minutes was just that, no dog-minute adjustments were made!  I did not know what to say!

I must attempt to out-think Scout next time!

Banished by the puppy, oh whoa is me!  The Silver Fox and I shot down the freeway heading west, this time, making the telephone poles look like, well, telephone poles.  We were back home safe and sound at 10:15 PM, and I even turned on the TV.

It was a lovely day. Tomorrow, I am taking Irene to the doctor for a procedure and then working in the yard.  Perhaps Mary may want company, but she will have to check with Scout first, I am sure.

Just an old retired guy trying to finish out my last years on this planet. I lost my best friend and wife in early 2020. I was blessed again by reconnecting with Dr. Mary Côté, a long-time friend. Mary and I got married July 28th, 2021, and are enjoying life together and plan to spend the rest of our lives being a blessing to our friends and family.
View all posts by Paul →
This entry was posted in Dining Out, Family, Food and Wine, Fun, Working Around House. Bookmark the permalink.