Sunday Began Slow And Ended Up In Absolute Hilarity!

Have you ever heard of a music group called Cellophane? They mostly wrap.

I slowly arose this morning and was attempting to figure out the day, what will it bring.  I called Mary, and she said, “Come over, I have a new recipe I want to try on you!”.  Well, she has mastered potato pancakes.  We had fried eggs, potato pancakes, and turkey bacon. Nice way to start a day! 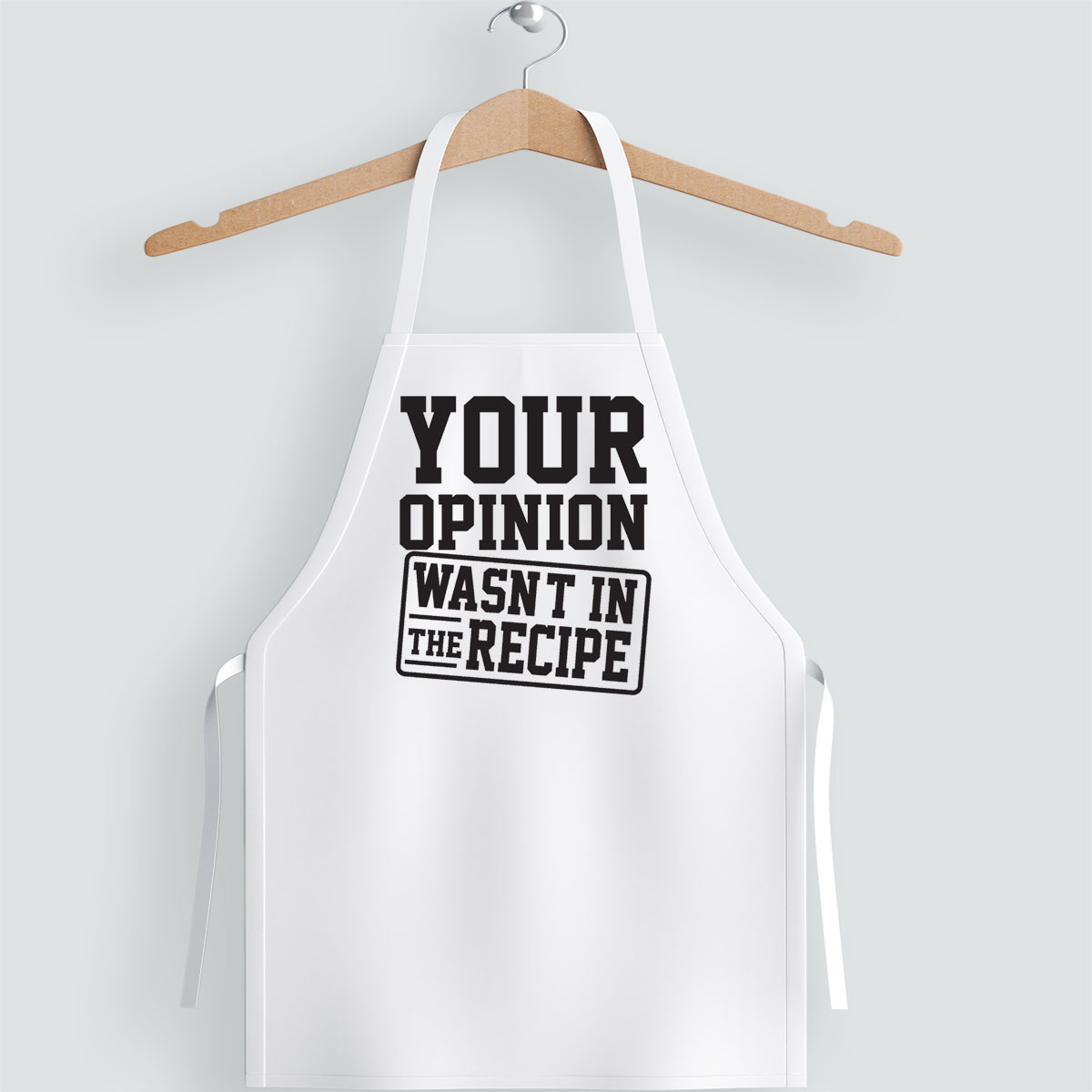 Did You Know? Although many Americans associate potato pancakes with Hanukkah, they have more broad origins. They originated in the eastern European countries of Germany, Austria, Russia, and Poland as peasant food. Potatoes were cheap, plentiful, and easy to store, making them a staple and necessitating inventive potato recipes.

I was given an assignment while Mary finished off cooking breakfast, and, should I choose to carry it out, Mary promised to tell anybody!  What was it, you ask?  I was given the assignment to make Bloody Mary’s for breakfast.  A flashback from my younger days, I remembered Mom saying, “Every morning should start with a good BM (Bloody Mary).” 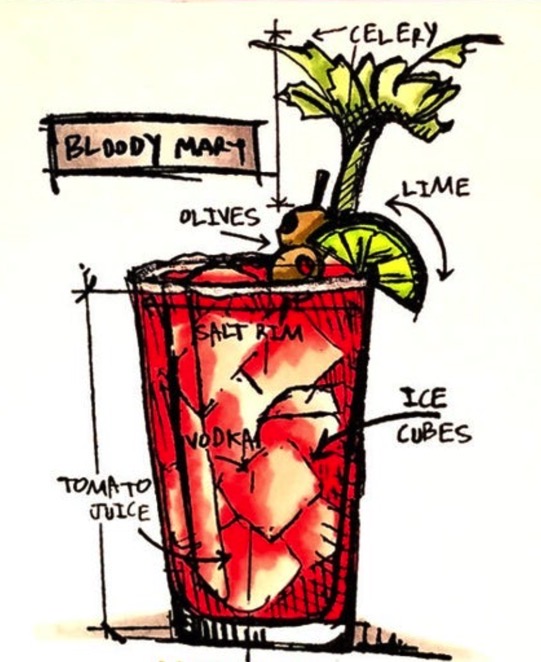 I finally got it right after four tries! Hic!

We determine our TV Ministry Series was being bumped by the Emmy’s, so we did the next best thing, we found a movie to watch.

After the movie, my buddy Scout, the Wonder Dog,  began to bark.  My Australian is a bit rusty, but I could pick up his meaning, and it was something like, “Why don’t you lounge lizards get off your collective tuchuses and move the rug into the house!”.  Clever that Scout.

We began to move furniture around and then the moment of truth arrived, will the rug fit.  Fortunately, Mary had pre-measured the spot and was sure it would fit.

I was worried when she explained that she measured the area three ways to be sure.  I felt good about the measurements until she mentioned she first measurement was in milli-rods (1), followed by common cubits(2), and finally in Indian jows.   Oh boy! This could lead to some serious issues!

(1) Rods – In modern US customary units, it is defined as 16 1/2 US survey feet, equal to exactly 1/320th  of a surveyor’s mile, or a quarter of a surveyor’s chain, and is approximately 5.0292 meters. The rod is useful as a unit of length because whole number multiples of it can form one acre of square measure.

(2) The common cubit – was based on the forearm length from the tip of the middle finger to the bottom of the elbow and was divided as six palms × four fingers = 24 digits.

(3) A jow (also called a jacob)  – An obsolete unit of length in India approximately equal 0.25 inch (about 0.63 cm). After metrication in India in the mid-20th century, the unit became obsolete.

After some serious effort, the rug found its new home, and Mary pulled out some strange device that plugged into the wall, made noises, puffed smoke, and was named “Jaws”.   I think witches use these on Halloween.

Scout approved of the final location of the rug, so all is well. 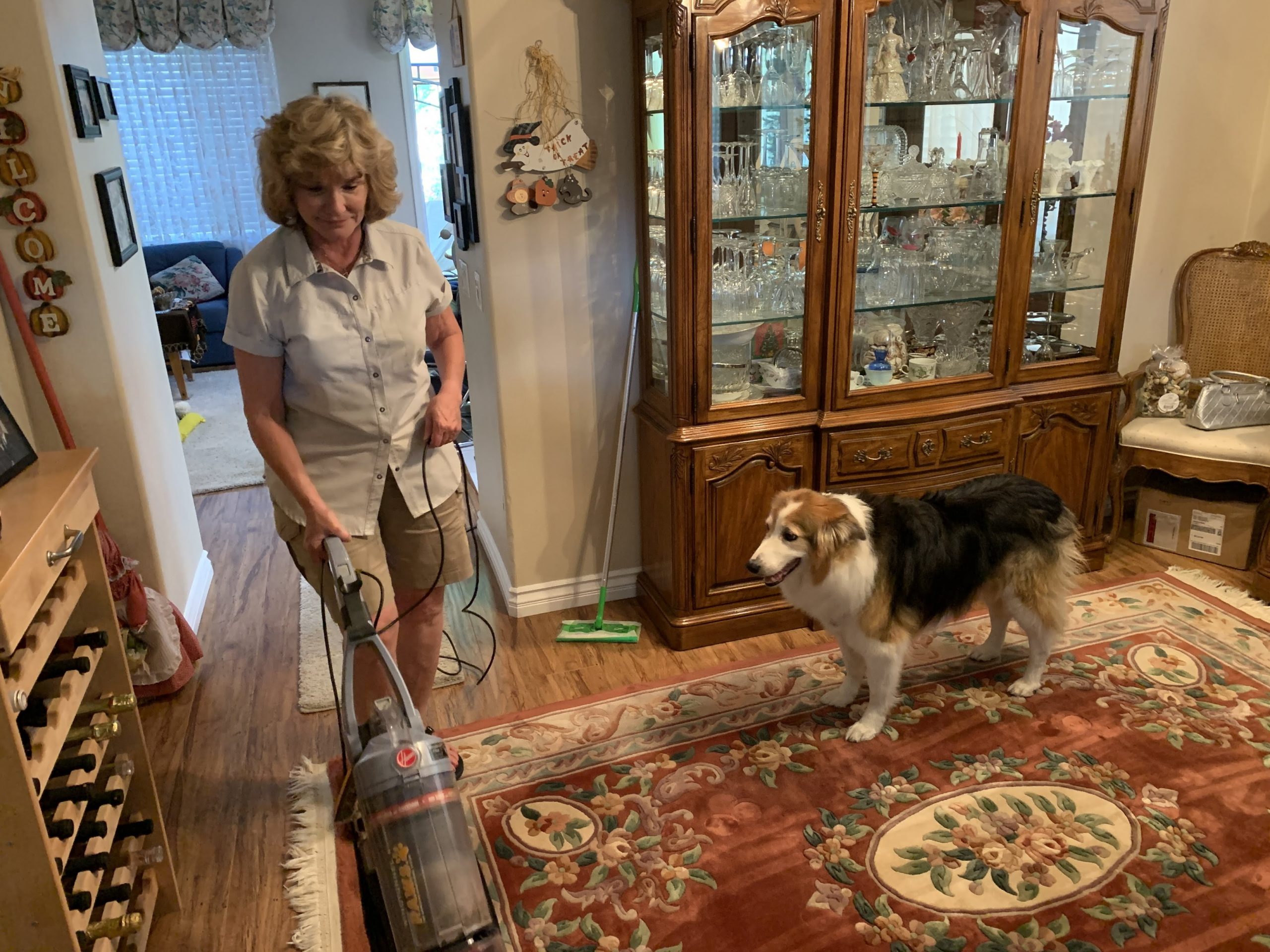 Fortunately, we had adult supervision courtesy of Scout.

It was getting late, and we had to visit David and Diane before we went dancing.  I brought my dance togs and changed clothes and freshened up.  Mary got ready, and we were off like a shot. The Silver Fox slithered around the curves and even making it up David and Diane’s rather steep driveway!

We visited David and Diane for a while and then headed to Chino, where we expected no issues finding dinner.  To our dismay, every restaurant had a one hour wait time, so we ended up at Islands with Donna and Bob.  The ladies, of course, had salads while us hard-working he-men did burgers.  Calories replenished, we were ready for the dance floor.

We sat with Donna and Bob and laughed the entire evening. 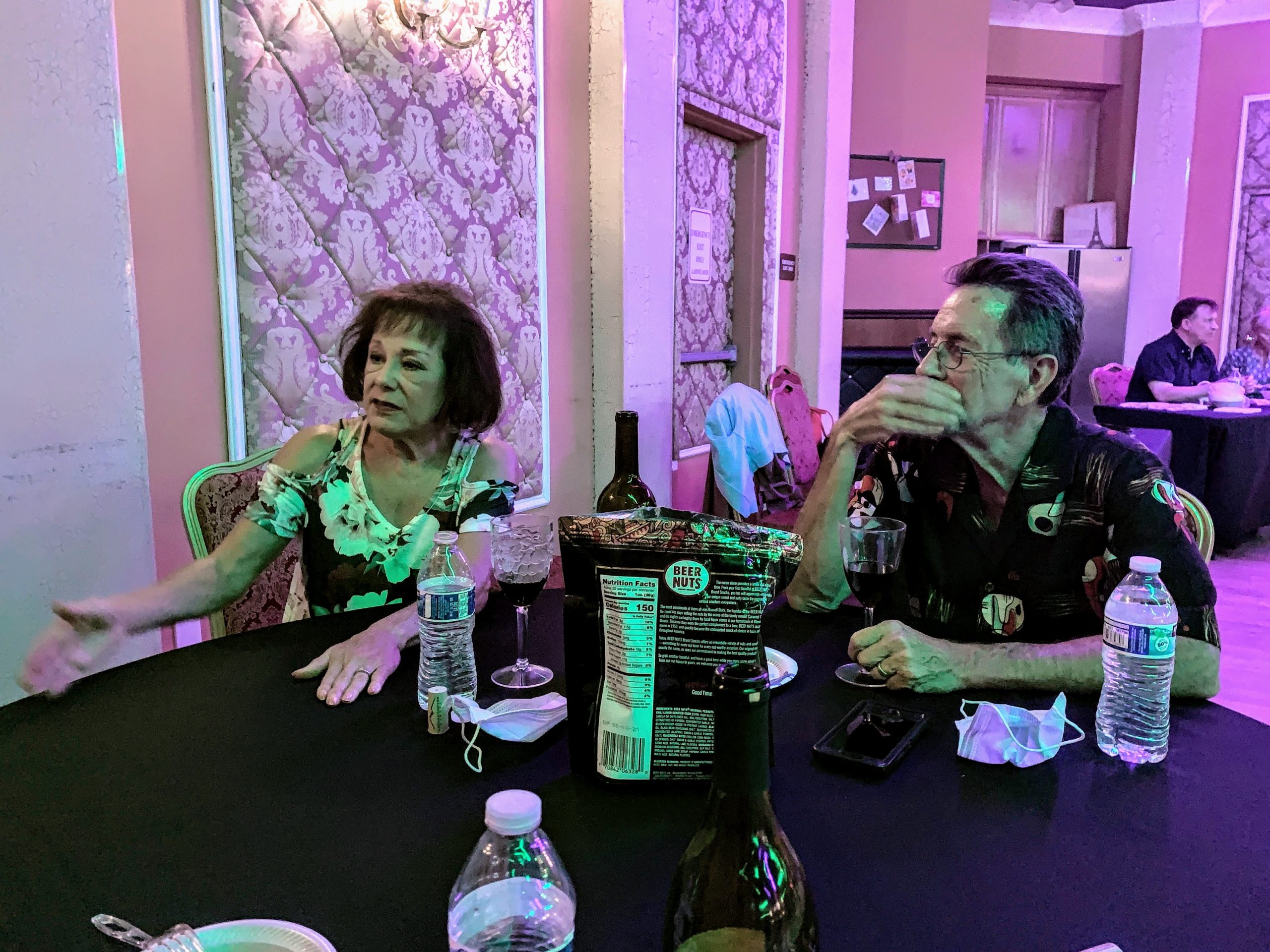 Lighting in a dance studio is impossible!

The evening was so full of laughs we were in tears. Mary wore a black feathered boa this evening, and on occasion, it would “shed” a feather or two. 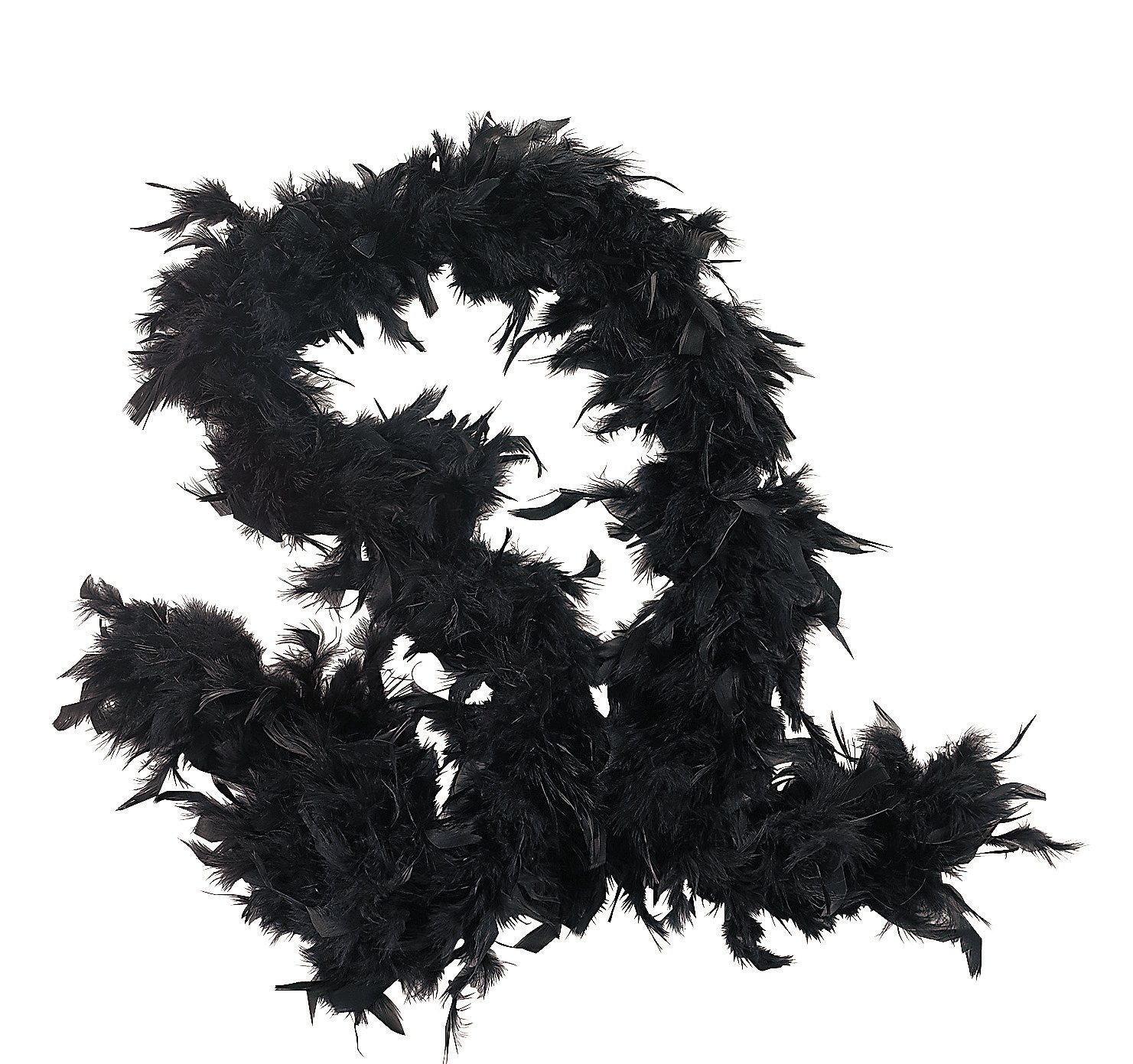 Before the dance started!

Well, when a long black feather hits the dance floor and the ceiling fans are blowing down  and people are moving, they looks strangely like an animals moving.  When I saw the first one drop to its death (ignoring the screams and sounds of agony), and, not being able to help myself, I yelled, “Mouse!  Mouse!” and began to stomp the feather to death.

Mary almost fell over laughing, and of course, Bob Z. picked up on the plot, and when he saw another feather fall, he began stomping on it.    Mike Andersen, on the other hand, heard the word “mouse” and jumped up on a chair.  Bridgette finally calmed him down! The whole room burst out in uncontrollable laughter.

We danced, and we had fun!  We danced pretty hard between giggling fits and belly laughs. 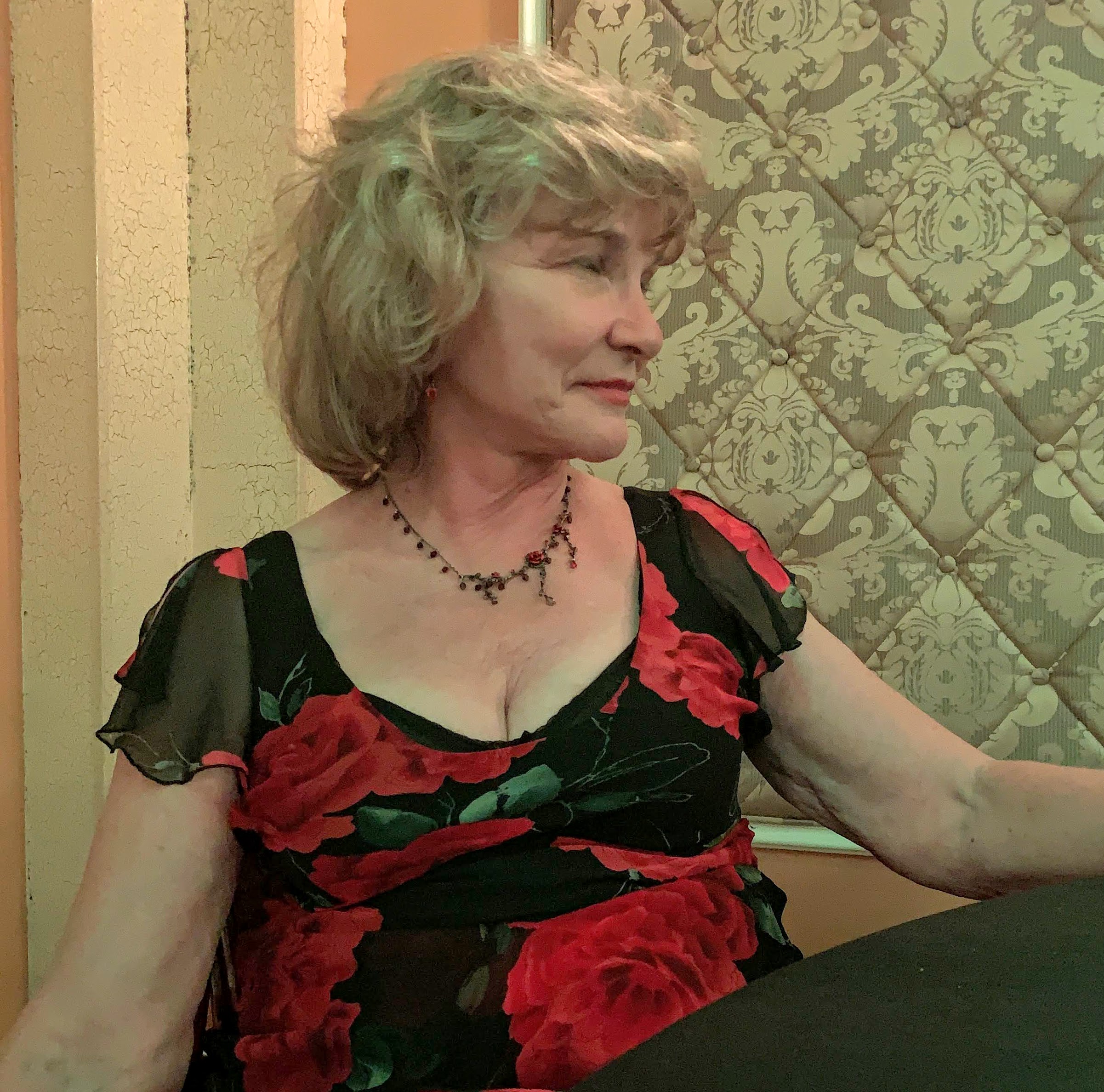 It’s a work night, so we all had to leave early. The four of us cleaned up our table and headed out about 9:15 PM.

I did point out to Bob and Donna that Marys boa has fewer feather in it than when she arrived. 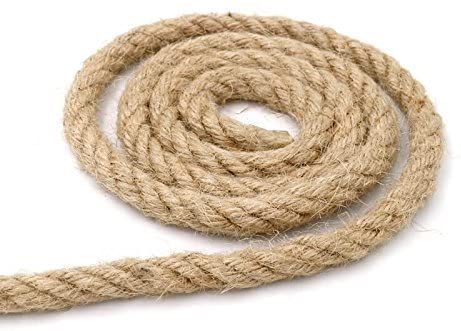 After the dance the boa was bare!

I walked Mary inside as I had her dance bag plus our wine bag.  We took Scout outside and then parted ways.  I arrived home at about 10:15 PM as it is 25 minutes between our homes.

Just an old retired guy trying to finish out my last years on this planet loving my best friend and wife, having fun, learning, and passing on helpful things to others.
View all posts by Paul →
This entry was posted in Cooking, Dancing, Dining Out, Food and Wine, Friends, Working Around House. Bookmark the permalink.
Powered by Maribol IMDB Plugin