Sherlock Holmes Was A Great Movie

It was raining like mad so we went to Old Ranch for lunch and then to Bella Terra to see Sherlock Holmes.  After finally catching serial killer and occult “sorcerer” Lord Blackwood, legendary sleuth Sherlock Holmes and his assistant Dr. Watson can close yet another successful case. But when Blackwood mysteriously returns from the grave and resumes his killing spree, Holmes must take up the hunt once again. Contending with his partner’s new fiancée and the dimwitted head of Scotland Yard, the dauntless detective must unravel the clues that will lead him into a twisted web of murder, deceit, and black magic.  See IMDB. 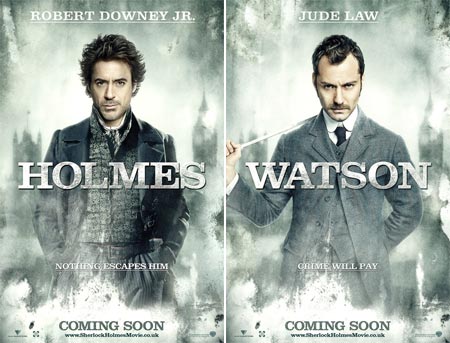 Great movie made for a delightful afternoon

On this day in history:

Just an old retired guy trying to finish out my last years on this planet loving my best friend and wife, having fun, learning, and passing on helpful things to others.
View all posts by Paul →
This entry was posted in Movies and tagged Movies. Bookmark the permalink.
Powered by Maribol IMDB Plugin