We kept taking care of Paul’s knee.  We had a nice lunch at home and Paul finished of Janice’s visit to Europe. Later in the afternoon the “Cabin Fever” took over  so we had to do something.

Did You Know? Cabin fever is an idiomatic term for a claustrophobic reaction that takes place when a person or group ends up in an isolated or solitary location, or stuck indoors in confined quarters for an extended period. Cabin fever describes the extreme irritability and restlessness a person may feel in these situations.[1] Cabin fever is also associated with boredom.

A person may experience cabin fever in a situation such as being in a simple country vacation cottage. When experiencing cabin fever, a person may tend to sleep, to have a distrust of anyone they are with or to have an urge to go outside even in bad weather. The phrase is also used humorously to indicate simple boredom from being home alone.

We drove to Belmont Brewery Company at the Belmont Pier and enjoyed a glass of wine and surprised ourselves by splitting a veggie burger. (We actually had the “Belmont Burger” which is Angus chuck beef, lettuce, tomato, cheddar cheese, pickles, red onion, house made aioli & brioche bun… We substituted the beef for a veggie patty). Paul also tried the roasted avocado which was interesting.

We do not drink very much and on rare occasions Paul will try something new… Today it was a “Pain Killer” which was pretty interesting.  It had very little alcohol in it, which is always good, but the combination of juices were great! 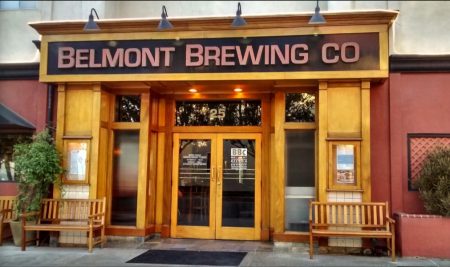 Come on in… The water (and wine) is fine! 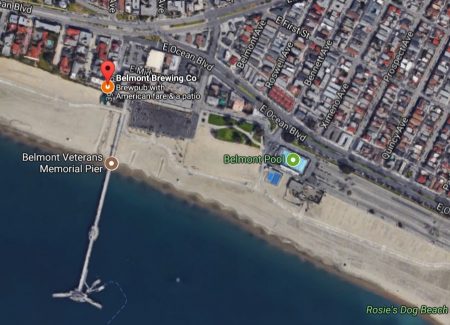 Right on the beach adjacent to the pier

We returned home and two hours later the ol’ Cabin Fever took hold again so we went to Old Ranch and sat our on the patio watching the sunset.  It was in the 80’s but there was a nice breeze.  We stayed until almost 8:30 PM when Taco Tuesday was over (we did NOT do taco’s after two lunches).

Homeward bound, we watched Columbo and four Frazier’s before crashing.

Just an old retired guy trying to finish out my last years on this planet loving my best friend and wife, having fun, learning, and passing on helpful things to others.
View all posts by Paul →
This entry was posted in Food and Wine, Fun and tagged Dining Out, Old Ranch, Wine. Bookmark the permalink.
Powered by Maribol IMDB Plugin