We played golf again and the weather was perfect!  We were doing great today!  We never keep score so it is always “great”. 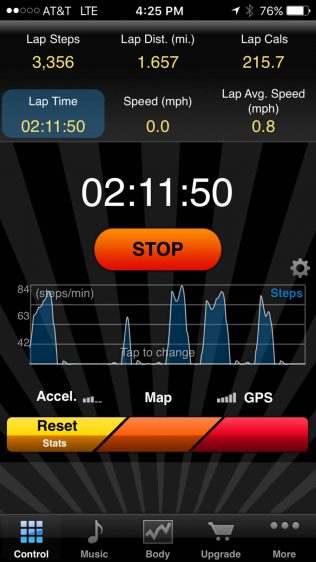 The sound was remarkable!  When we heard them they were over Katella Boulevard the other side of the Joint Forces Trainig Base. The closer they got, the louder they were! 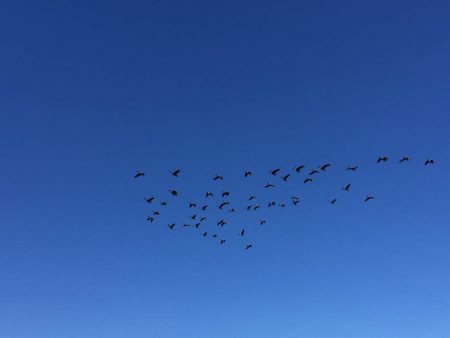 We heard the sound! 51 Canadian Geese flew right over the course

The black head and neck with a white “chinstrap” distinguish the Canada goose from all other goose species, with the exception of the cackling goose and barnacle goose (the latter, however, has a black breast and gray rather than brownish body plumage). The seven subspecies of this bird vary widely in size and plumage details, but all are recognizable as Canada geese. 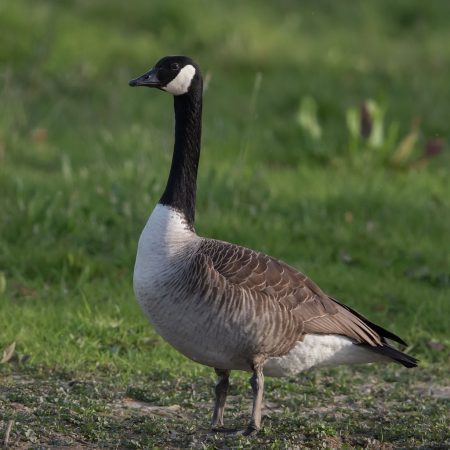 The goose weighs in at 20 pounds!

When Sue shows up on the ninth hole, Lilly comes a running (OK, swimming) over to get her meal!  So do some ducks.  Lilly recognizes Sue from 100 yards out! 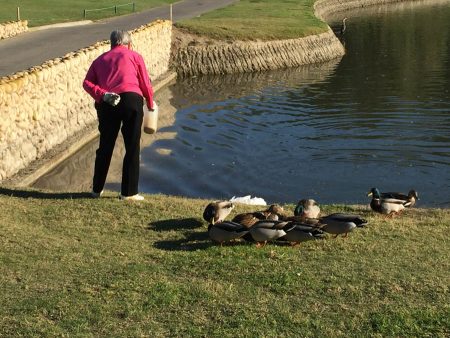 We did some Happy Hour before deciding to go to Patty’s Place for a drink.  We met up with an old Boeing friend.  We tasted some scotch which was interesting.  Paul Rusnock had a salad and then we hit home! 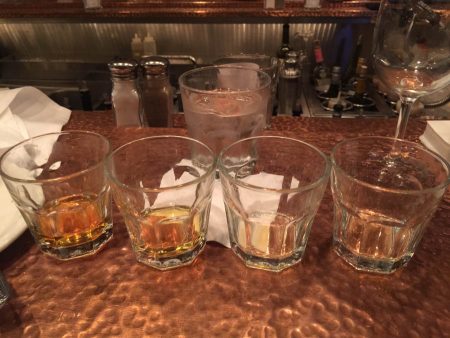 We tasted some scotch with Paul Rusnock

Time to go home and do the treadmill and watch some Star Trek! 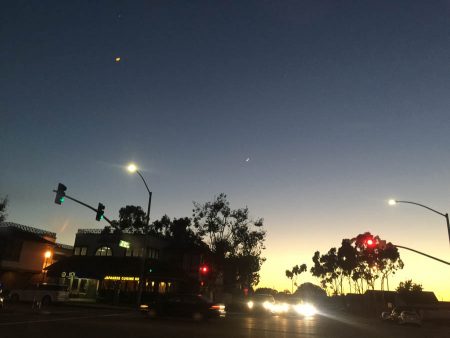 On our way home to watch Star Trek and the Treadmill

In the first episode Captain Archer, Commander Tucker and Sub-Commander T’Pol are having dinner in honor of the first anniversary of T’Pol’s assignment aboard Enterprise. During conversation, Archer asks why T’Pol traveled to Carbon Creek, Pennsylvania before she joined Enterprise. T’Pol reveals that, contrary to human belief that the first contact between humans and Vulcans occurred in the mid-2060s (as seen in Star Trek: First Contact), it actually occurred a century earlier. Tucker and Archer react incredulously to this claim, so T’Pol offers to tell them her great-grandmother’s story.

You can read about the next episode on Wiki

Just an old retired guy trying to finish out my last years on this planet loving my best friend and wife, having fun, learning, and passing on helpful things to others.
View all posts by Paul →
This entry was posted in Food and Wine, Friends, Fun and tagged Golf, Old Ranch, Patty's Place. Bookmark the permalink.
Powered by Maribol IMDB Plugin