We took our oldest grandson to sushi this evening. We didn’t take pictures but here he is anyway! In Japanese cuisine, sushi is vinegar rice, usually topped with other ingredients, such as fish. In spelling sushi its first letter s is replaced with z when a prefix is attached, as in nigirizushi, due to consonant mutation called rendaku in Japanese.

Sliced raw fish alone is called sashimi, as distinct from sushi. Combined with hand-formed clumps of rice, it is called nigirizushi. Sushi served rolled inside or around nori (dried and pressed layer sheets of seaweed or algae) is makizushi . Toppings stuffed into a small pouch of fried tofu is inarizushi. Toppings served scattered over a bowl of sushi rice is called chirashi-zushi . 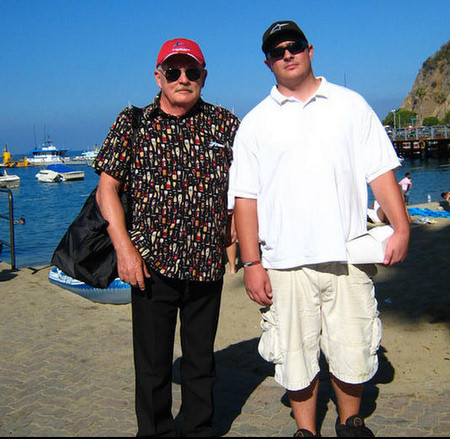 Just an old retired guy trying to finish out my last years on this planet loving my best friend and wife, having fun, learning, and passing on helpful things to others.
View all posts by Paul →
This entry was posted in Family and tagged Family, Golf. Bookmark the permalink.
Powered by Maribol IMDB Plugin