Yes, we are going on a road trip and plan to spend a few days in Sedona Arizona, away from the maddening crowds.  It was decided when we went through our individual “bucket lists”.  I have not been there in over thirty years and Mary has never seen it. 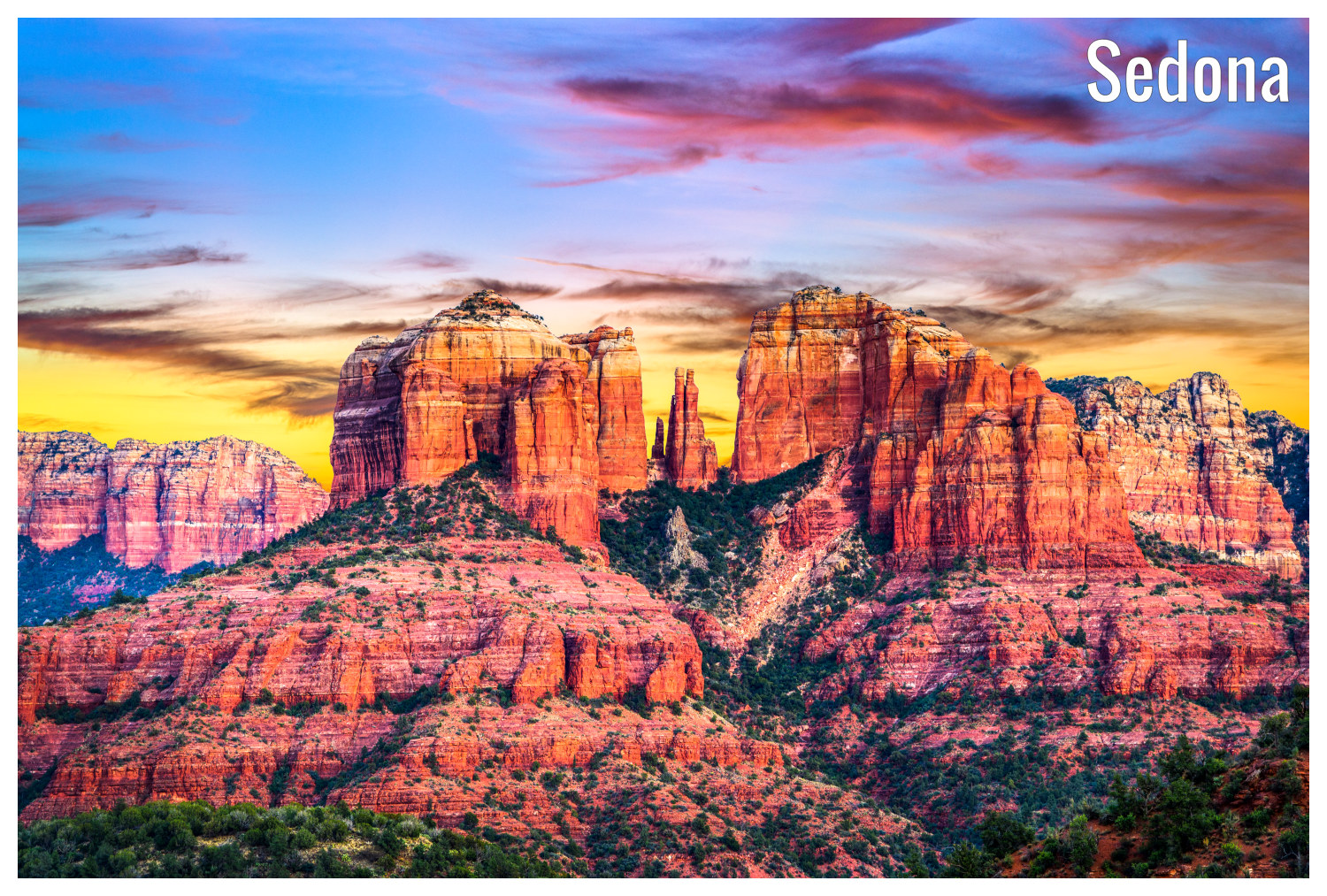 We will have a magnificent time!

We departed Orange at 8:30 AM and arrived at the hotel at 6:00 PM.  We took Interstate 40.  Take a look at what we saw from Barstow to Flagstaff.

We stopped for a fine dining experience at Chez Liles, sometimes called Subway!  Mary is quite flexible.  We were In-An-Out in fifteen minutes. 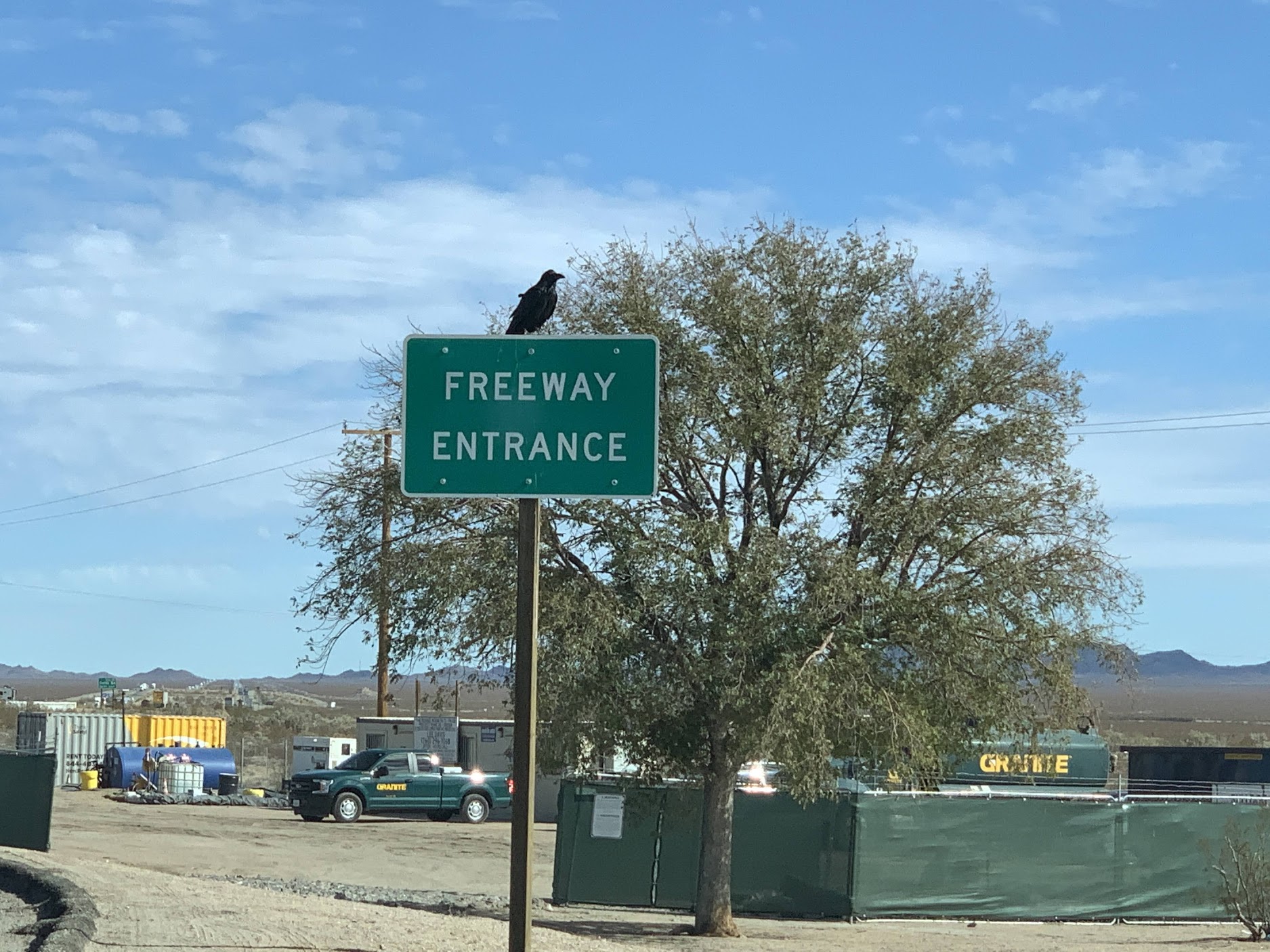 The buzzard had his eyes on Mary!

We stopped at the Creekside Bistro and it was perfect.  Mary went for the lamb chop lollipops while the old man went for the salmon wellington.  I made the mistake of also ordering brushetta for two as an appetizer, that could have been the entire meal! 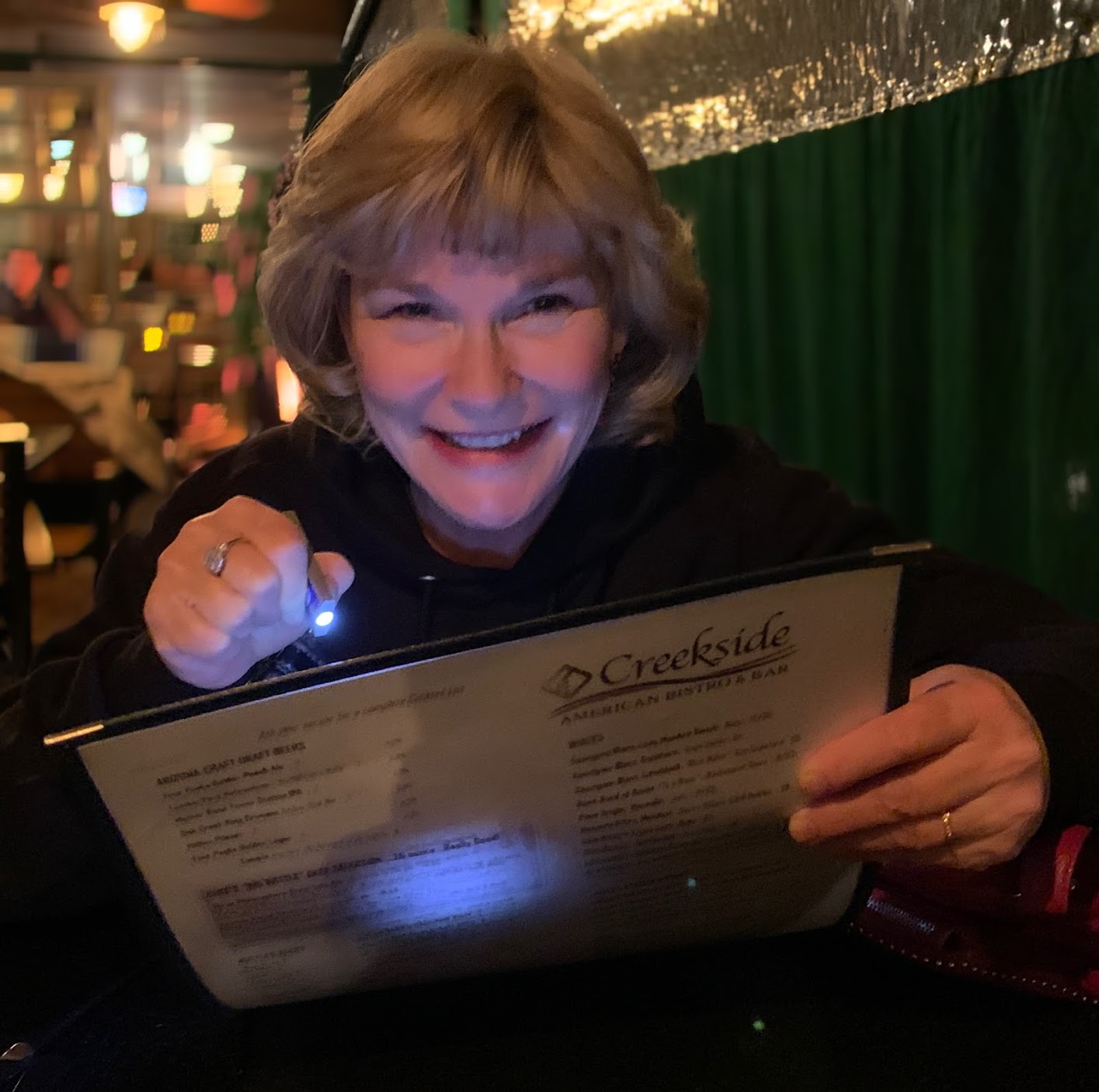 We had a dark romantic spot in the cafe, outside, and the temperature was in the 40s.

We killed off two boggles of Cakebreak and then it was time for dessert.  Well, I should have known that Mary talked to the waiter and told him of my alergy to Creme Broulee so he cooked it for her and she got the entire thing.  I ended up with a sugar packet and a small toothpick! 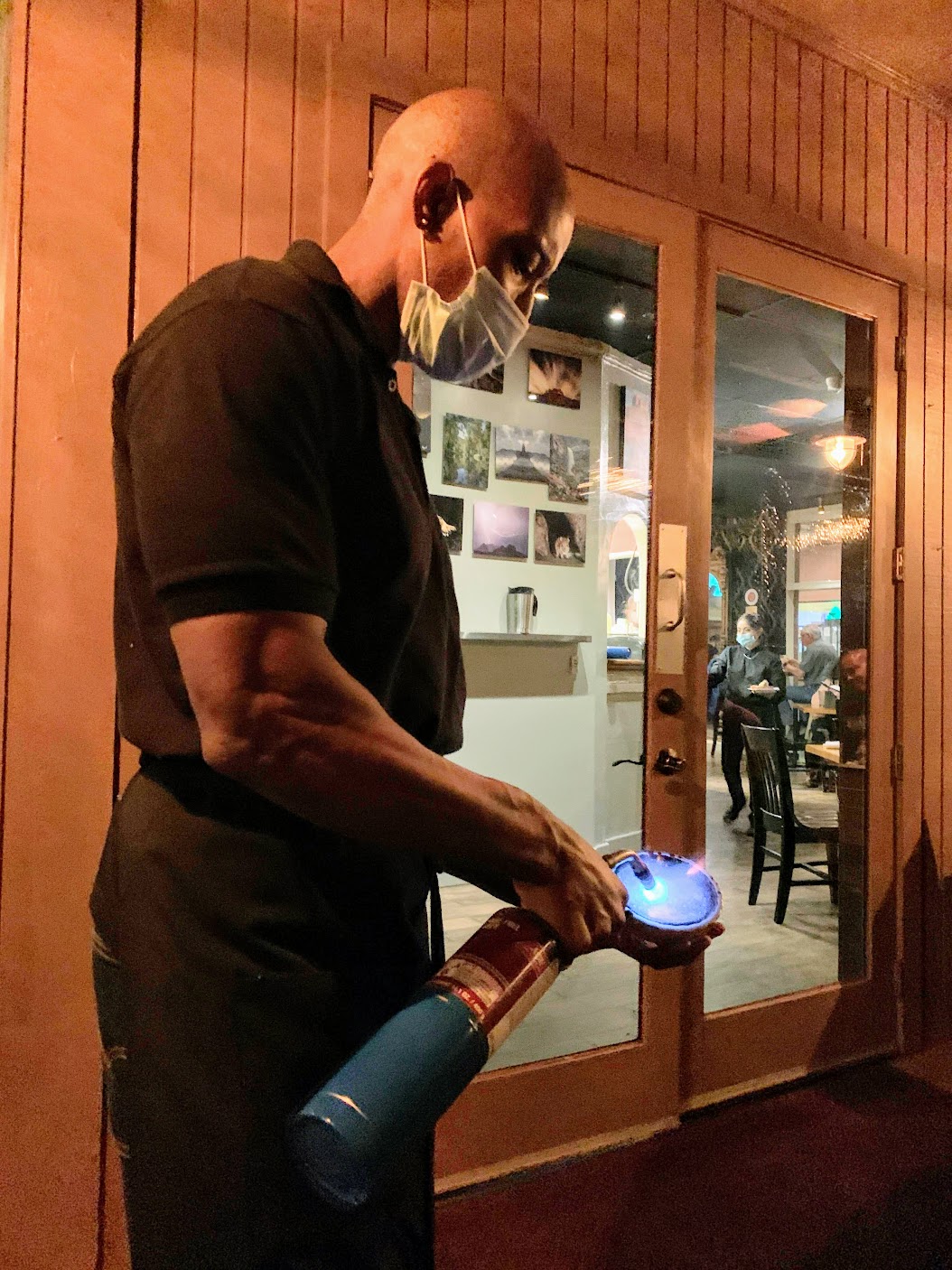 Mary affixed her brilliant smile to the chocolate broulee just to keep it warm.  So, I blinked and like magic, it was gone…disappeared…empty plate.  I did get to smell a hint of the dessert as it was being gobbled. 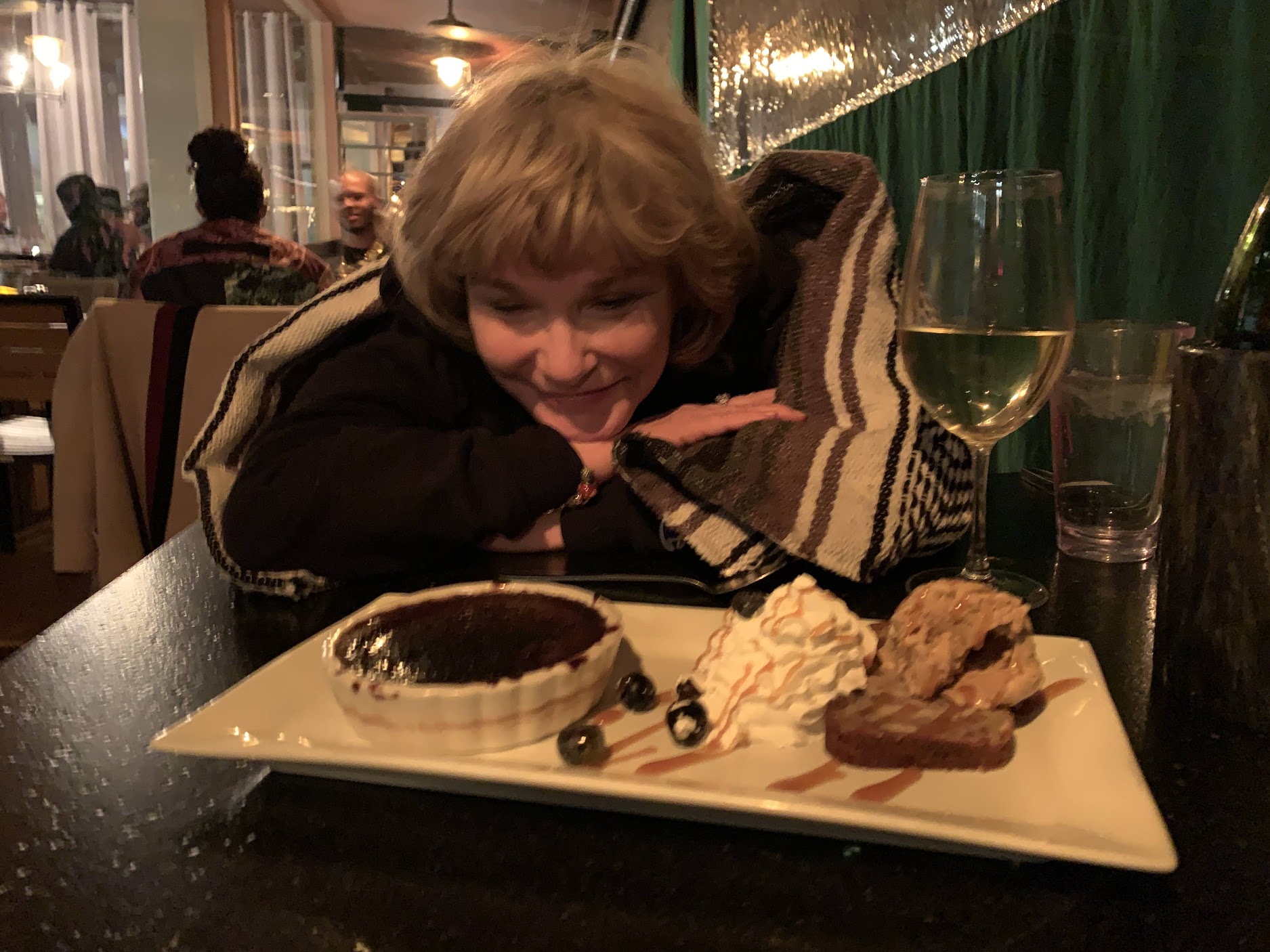 Returning to the hotel, we attempted to watch TV but alas, the eight hours in the car and the tiny amount of wine we had put us to sleep almost immediately.

Knowing it was going to be cold, I turned on the fireplace and the heater.  At 3:00 AM, Mary work me up and the place was boiling!  I ended up opening the door to the outside which overlooks a meadow to get the temperature down to the 60s.

Just an old retired guy trying to finish out my last years on this planet. I lost my best friend and wife in early 2020. I am involved seriously with a long-time friend, Mary, and life goes on.
View all posts by Paul →
This entry was posted in Adventures, Dining Out, Just Us. Bookmark the permalink.