I owe a lot to the sidewalks. They’ve been keeping me off the streets for years.

I took Miss Mary to work this morning, saving a trip and using two cars.  Mary goes to the VA today, which is seven minutes from my home.  We are off like a flash!  OK, not exactly like a flash, more like a small candle.  I do adhere to the traffic speed limit signs.  The Silver Fox sped onto the freeway at an astounding 64.5 MPH.  Mary was screaming, “More, faster, peddle to the metal,” as she patted the Silver Foxes dashboard encouraging him. 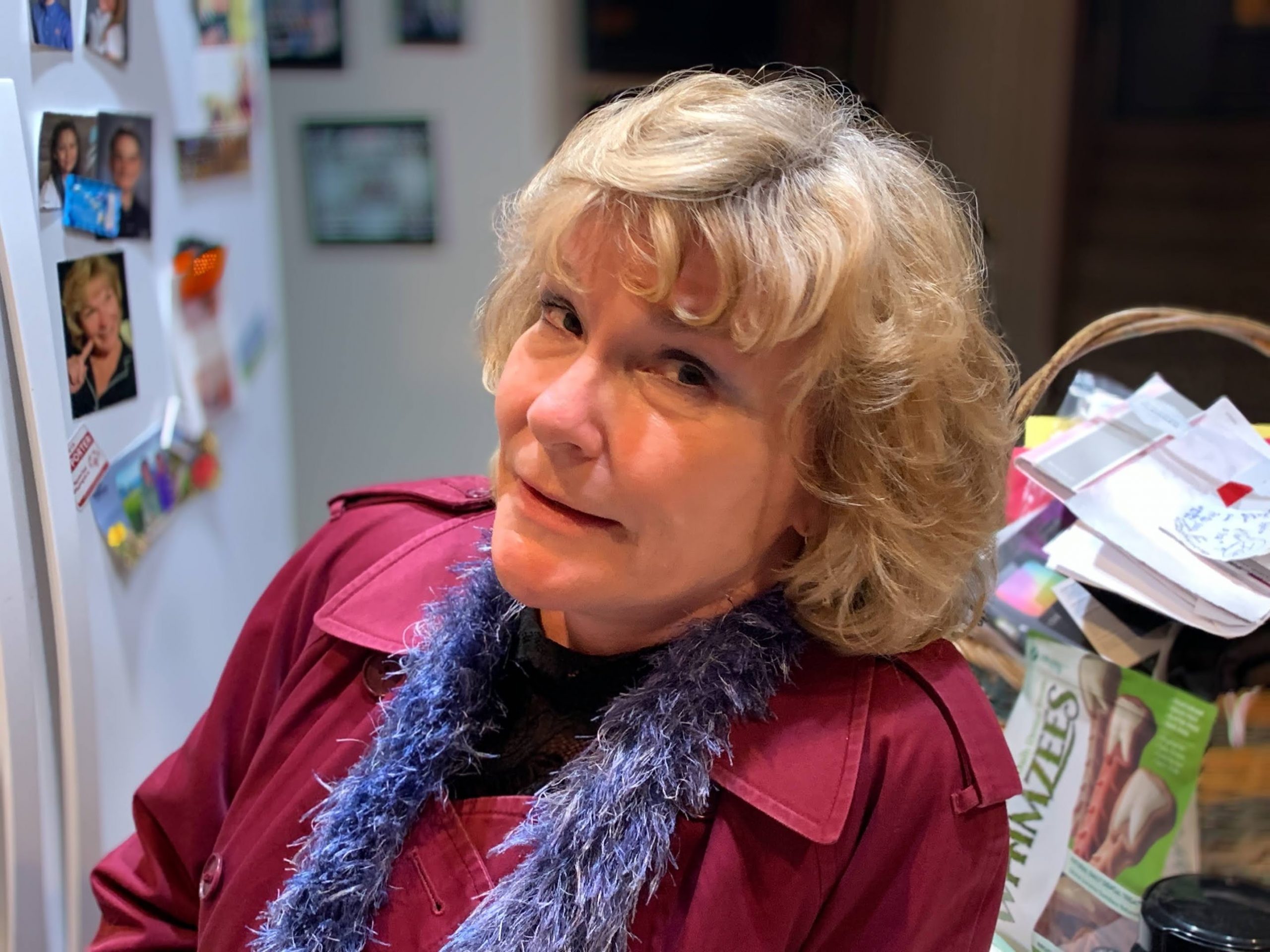 After arriving home, I had a small breakfast, and then I did my bills, almost choking at the Mastercard amount.  Old age strikes again; I forgot the dental work was on the card this time. The blood pressure started dropping. Fixing the choppers are real eye poppers!

The Silver Fox and I went to “Girls Night Out” at the Elks at noon and we all had a super time teasing each other.  Since I had a steak last night, I ordered the fish special and it was outstanding.  John, Bill Bob, and I just had a good time; however, we missed Dr. Andersen. 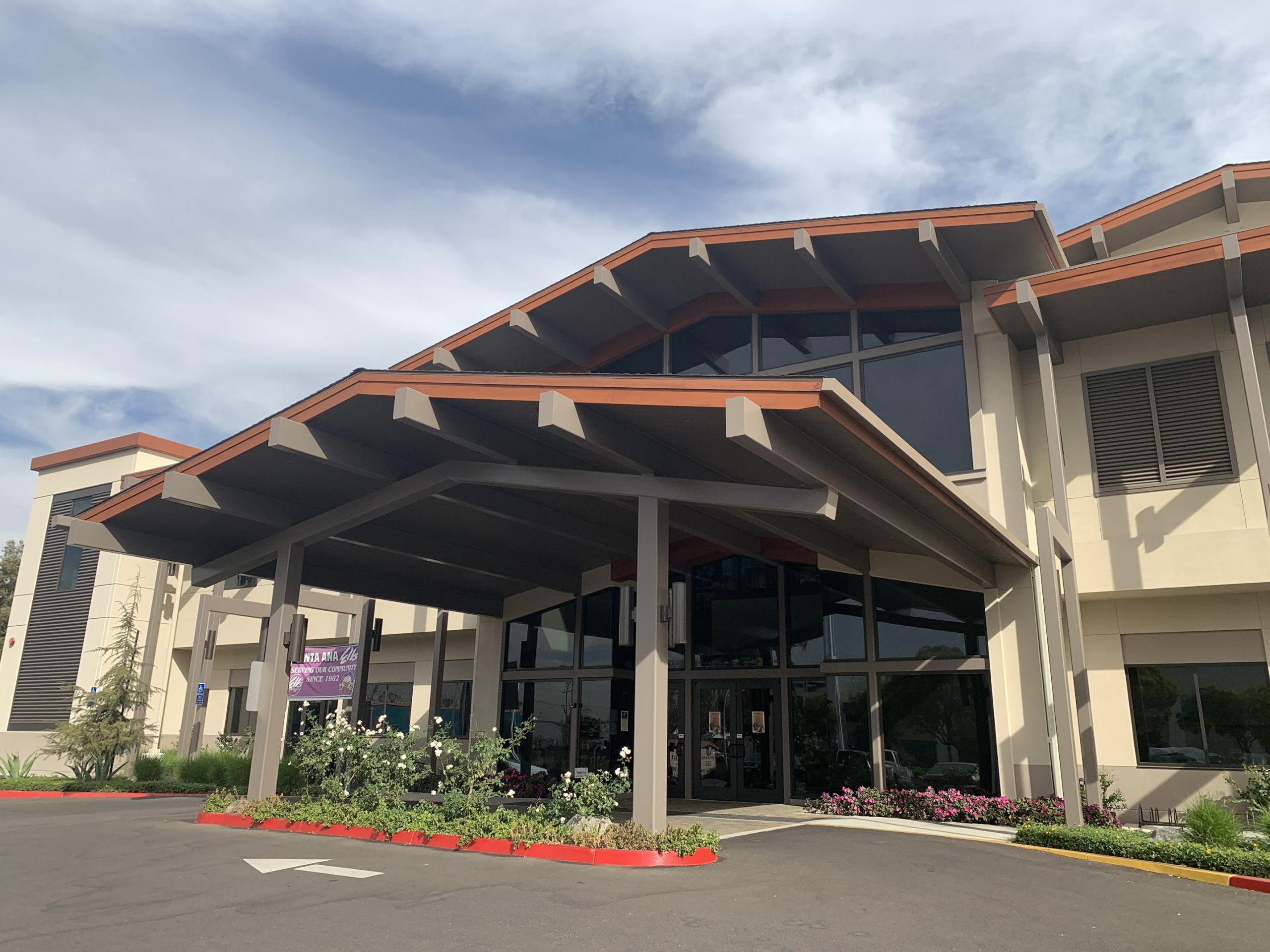 The Lodge is beautiful!

The Elks Lodge food is really first class.  I got my surprise drink and I believe it was a run and coke today.  After three, I didn’t really care.  Linda makes the drinks VERY mild as she knows I have to drive. 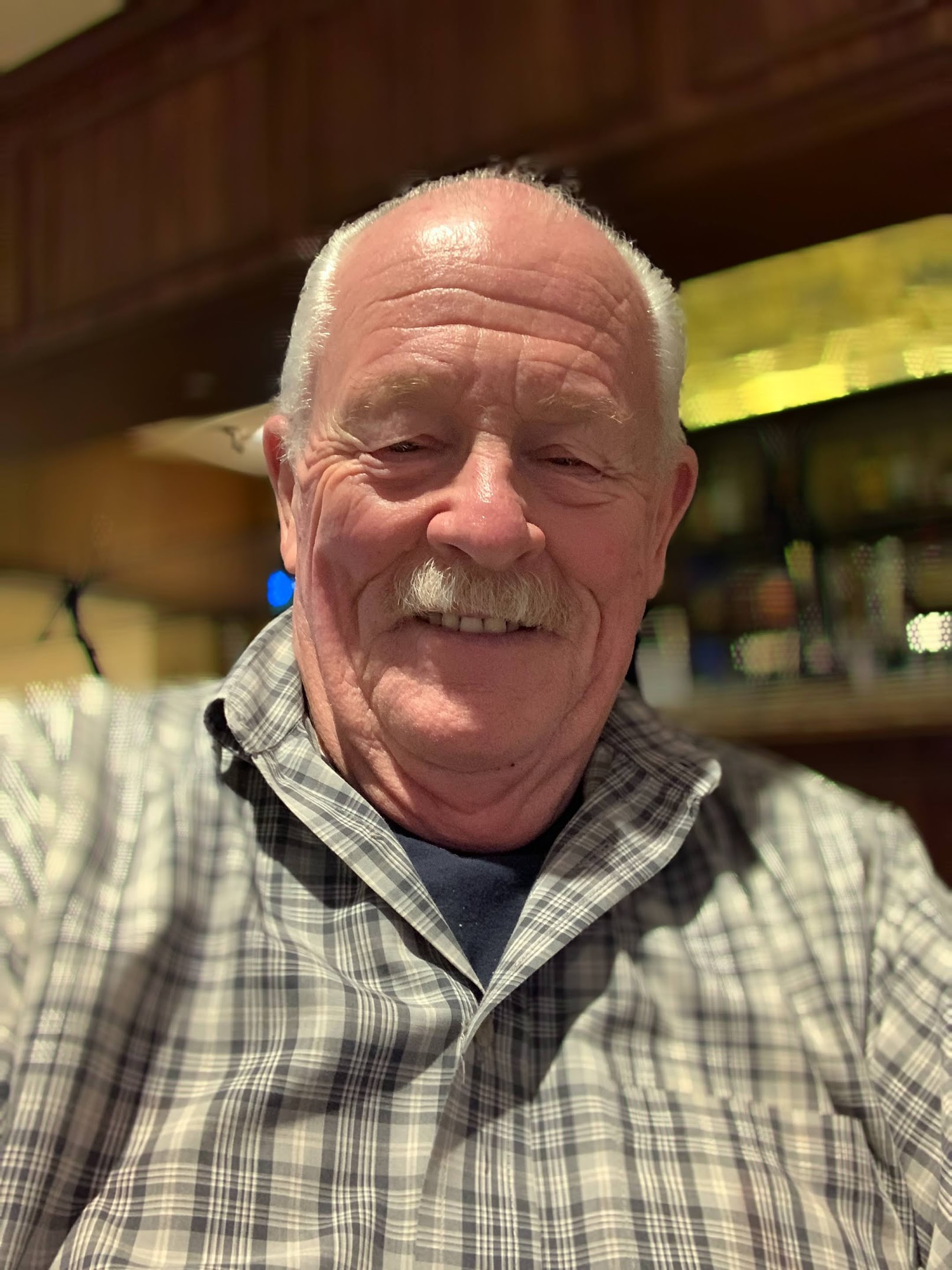 Having fun with the guys!

The guys always wonder why I can have three drinks and walk straight; they do not know that Linda and I have this secret deal!  I tell the guys that it’s my machoism at work! 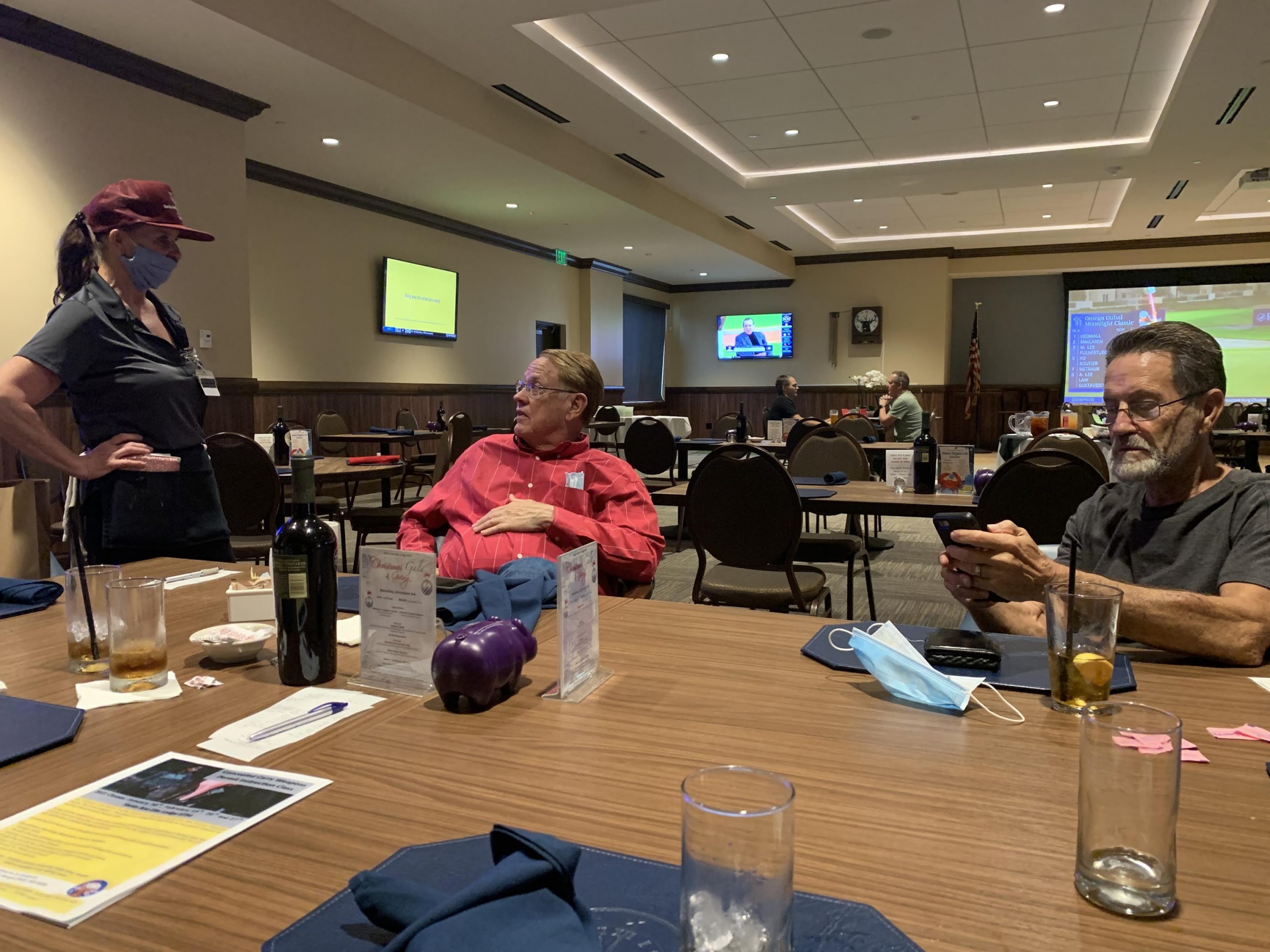 Our waitress, Linda, is very nice and takes good care of

Mary, Robin, and I planned to go to Patty’s Place this evening so  I told Mary I would go by her house and pick up Mr. Scout and bring him to my home for the afternoon at my place.  Scout hears me coming and just sits awaiting his harness to be put on.  I fasten the harness to the seatbelts in the car so Scout will be safe.  As soon as I open the door, Mr. Scout hits the self-levitate button and floats right into the back seat.  I knew he was smart, so I looked it up; the border collie is the most intelligent of the smart dogs!  Wow!  Maybe he should drive home, and I sit in the back seat and take a nap! 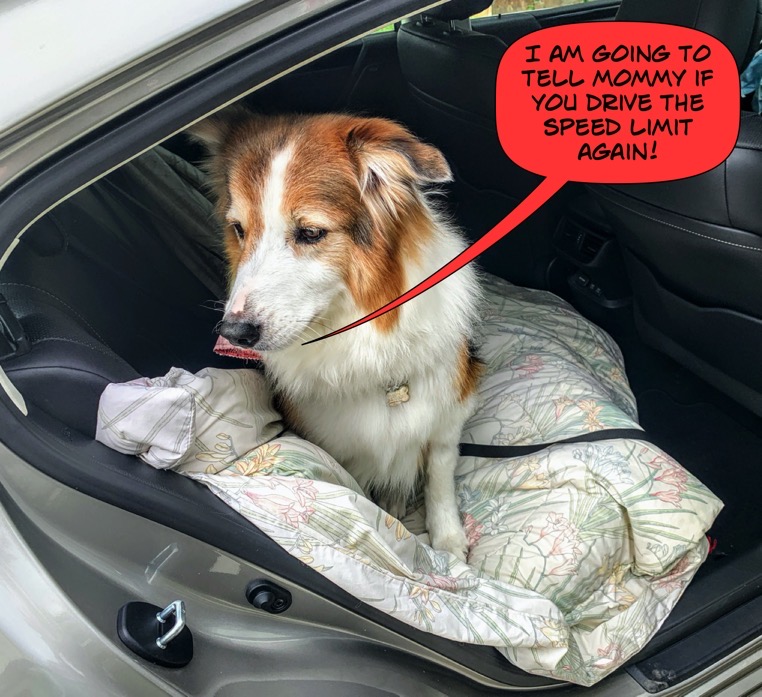 Such a snitch! Now I have at least to get the car to seventy miles an hour

Scout and I arrive at home and we went next door to visit Miss Vicky.  We sat outside with her for thirty minutes and now Vicky is no longer fearful of Scout.  Last week, Vicky came over to give the baby a treat, not knowing how big Scout was.  When Scout saw Vicky he came running and scared Vicky half to death,  Vicky has an eight-pound pug so the sixty pounds of Scout was a surprise.

Robin came over and I fixed up a batch of margaritas and we called Colleen and talked for quite a while.  Collen was doing fine and we shared Thanksgiving plans. 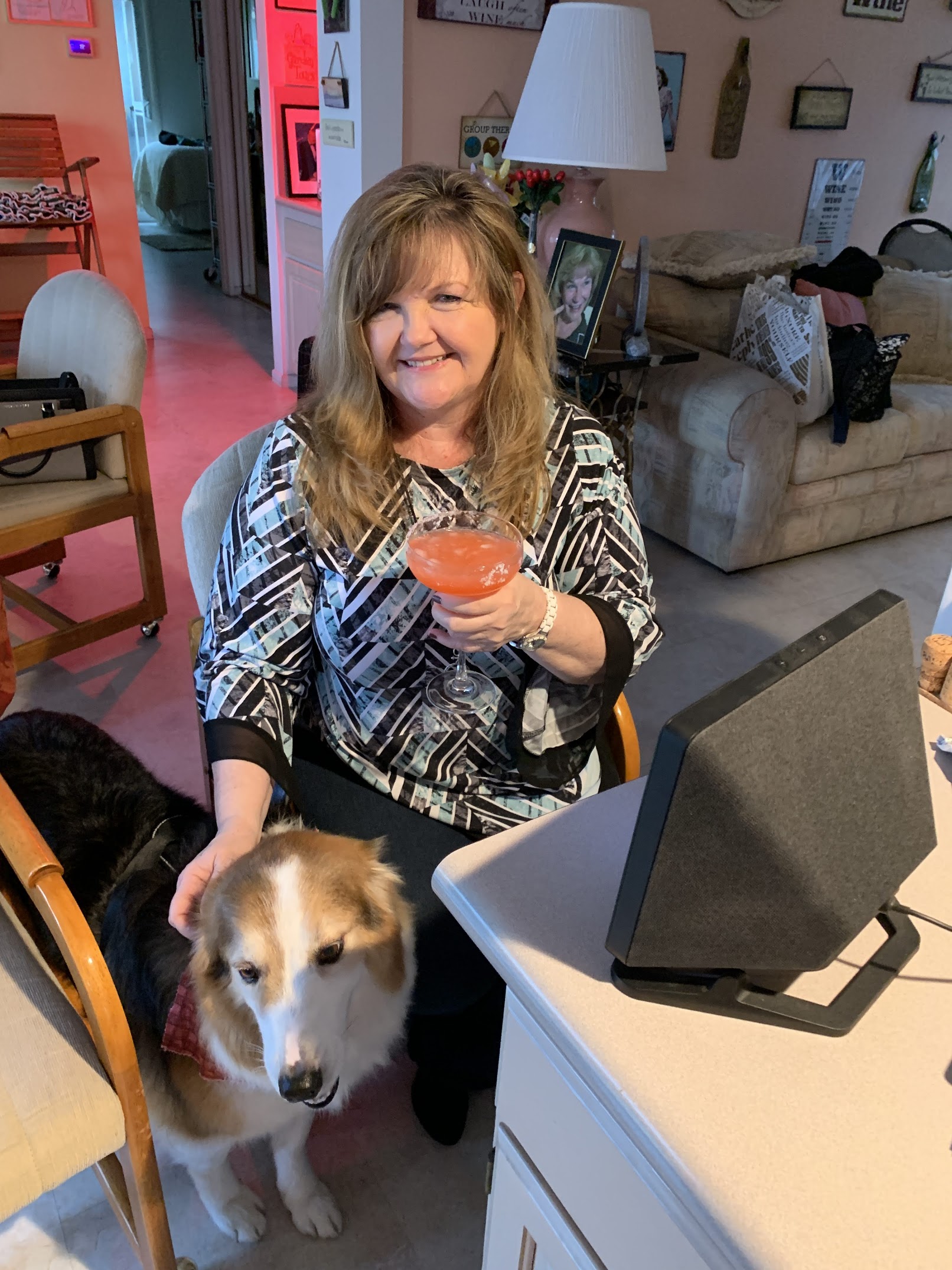 Scout wondered where his margarita was!

It was 5:00 PM so Robin and I went to the VA and on the way, Mary texted and said she was done…perfect timing. We went VFR to Patty’s Place and our drinks were poured and awaiting our arrival!  Robin and Mary were talking when I realized my phone was in the car.  Excusing myself, I departed for the parking lot.

Upon my return, the girls were giggling wildly and I do not know what they were talking about.  Note to self: Never leave those two alone!

We three talked for a while and then it was time for dessert and Robin suddenly remembered the raspberry delight we had last time.  Mary and I were good and had one more small glass of wine.

I was amazed that Robin knew magic so well.  She made that pile of ice cream and raspberries, slathered in Chambord, disappear in an instant.

Did You Know? Chambord Liqueur is a 16.5% abv raspberry liqueur modelled after a liqueur produced in the Loire Valley of France during the late 17th century. The Chambord product brand has been owned and produced by the Brown-Forman Corporation since 2006. 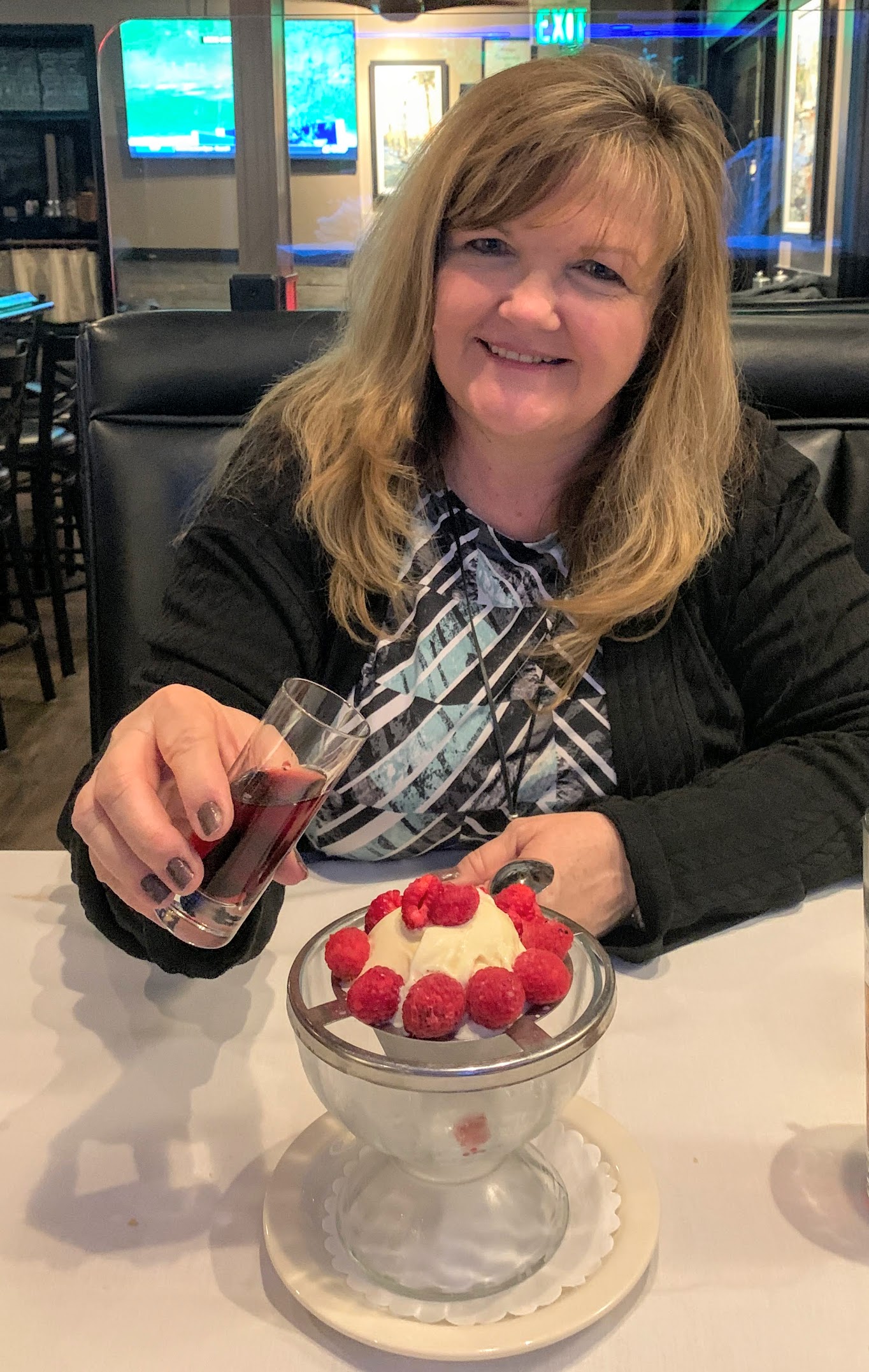 Gone in a flash! 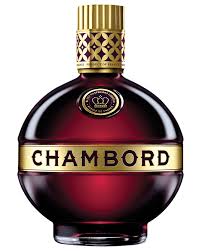 We headed home to my place and decided we needed one more swim in the pool before winter gets here.  The pool was 92 degrees and just right for the midnight swim.  Robin came out and stayed with us for a while before retiring for the evening.  We swam until about 10:30 PM and I decided it was curfew time as Miss Mary must work tomorrow.  I got Mary home just before 11:00 PM and we said good night and I was off for a return flight home.

Just an old retired guy trying to finish out my last years on this planet loving my best friend and wife, having fun, learning, and passing on helpful things to others.
View all posts by Paul →
This entry was posted in Adventures, Dining Out, Food and Wine, Friends, Just Us. Bookmark the permalink.
Powered by Maribol IMDB Plugin