Friday Is Here So The Weekend Is Not Far Away!

You are near, even if I don’t see you. You are with me, also if you are far away. You are in my heart, in my thoughts, in my life…always.” — Unknown

Sue was always curious about the world around her, and at the planetarium store, she could not pass up the simulated rock samples from other planets.  We were such a good match because of our curiosities.  We could take hours to go through a museum because we would read all the signs and stories surrounding the displays and often take pictures of them to do a further lookup at home.

As her health deteriorated, our visits to the local museums and gardens wained, but we still discussed going and what we saw last.  Sue’s memory was unbelievable, and she could recall and paint an image verbally about the sights we shared.  Her mind was fading ever so slightly toward the end, but I am sure it was from the constant pain she suffered.

Sue was a real lady, first-class stem to stern, and a fantastic life partner. 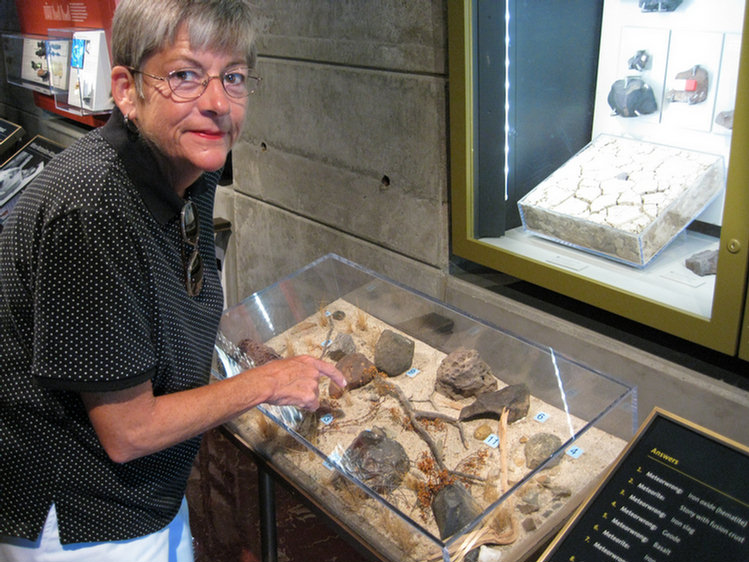 Her’s was a life of new adventures and discovery!

At 6:00 AM, my eyes rediscovered the ceiling fan, and after a few minutes of getting the eyes focused, the morning dash to the gentlemen’s lounge was begun (an old saying from Dave).   The morning Bat-Phone call to Colleen was made, and Colleen and Mark and I chatted for probably twenty minutes.  We do this morning and evening.

The instructions on wound care finally got read this morning, and after cleaning them with hydrogen peroxide, I went on a scavenger hunt for small round bandages.  Eureka, a box of bandages fitting the description, was found, but alas, it said on the side, “Best if used by 1997”.  How can a dressing go bad?  Well, sir, they do!  I applied one carefully, and within three, count em’, three seconds, it fell off fluttering to the floor like a drunk butterfly.

Not giving up, I applied several more, and sadly, the collection of dead round bandages began to pile up beneath my feet. Yes, the Grey Ghost and I must make a Ralph’s run early today! 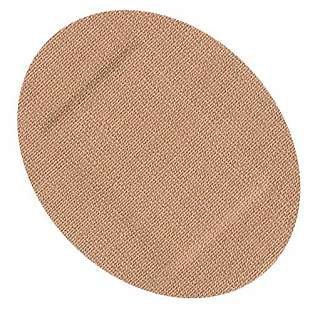 I ignored the marking on the packages that said, “In case they fail to stick, you may use a safety pin or thumbtack.”

The morning was taken by assisting Zack.  He wanted a high-intensity lamp on his driveway, so he was offered my spare, which was precisely a 1000 watt LED floodlight.  We got it up and running faster than expected; he is quick!  The lamp was going to go on the back of my house, but the first one put up was sufficient to light the entire yard, and blinding the neighbors was probably not a great idea.

In the afternoon, I met up with Mary, and we walked on the Huntington Beach pier and went to Sherman Gardens for a visit. 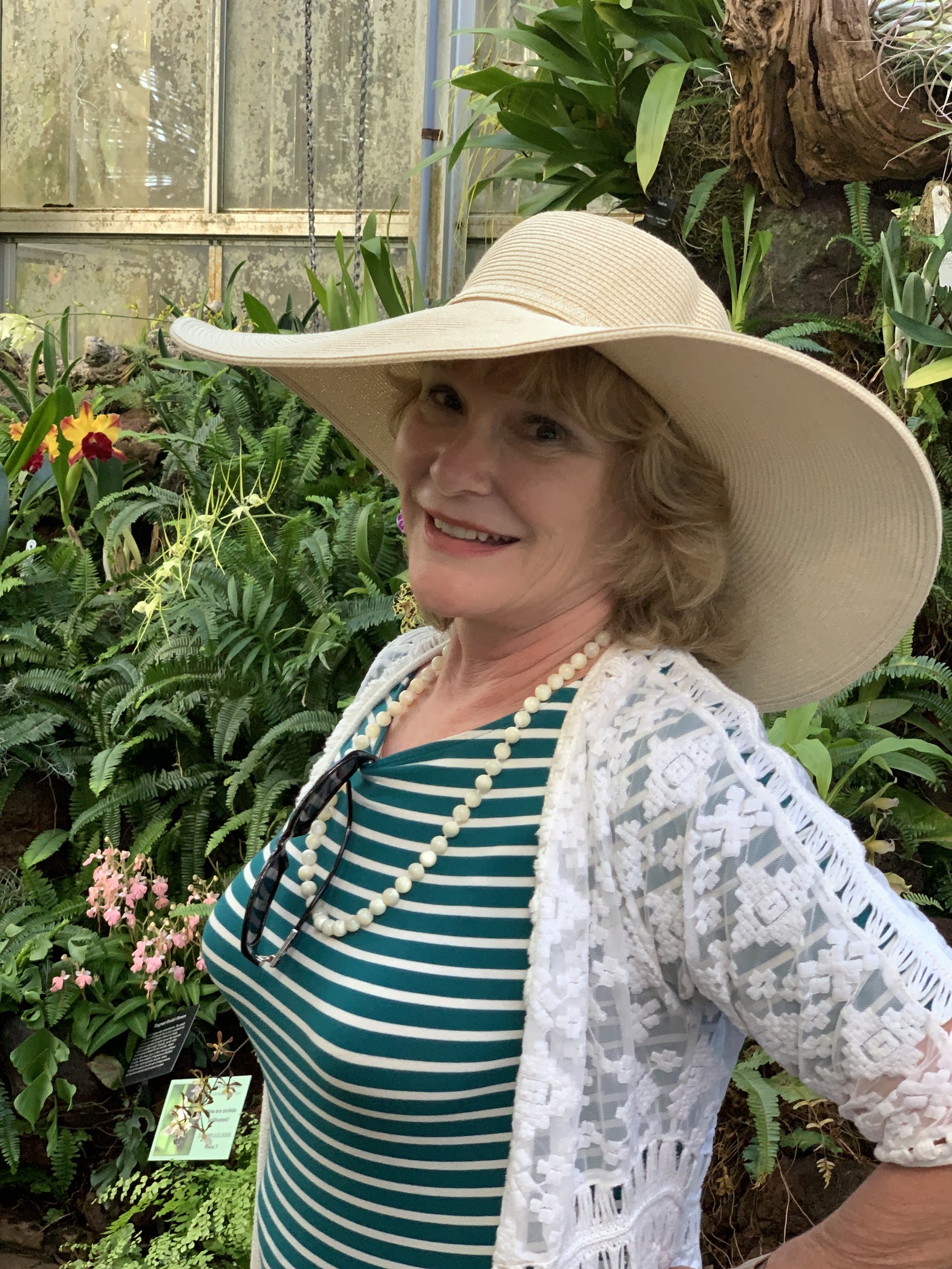 We had to stop in the hothouse or should I say Orchid House.

The orchids were magnificent.  The great thing is the labeling of all the plants is well done.  Now, will we remember any of them, probably not! 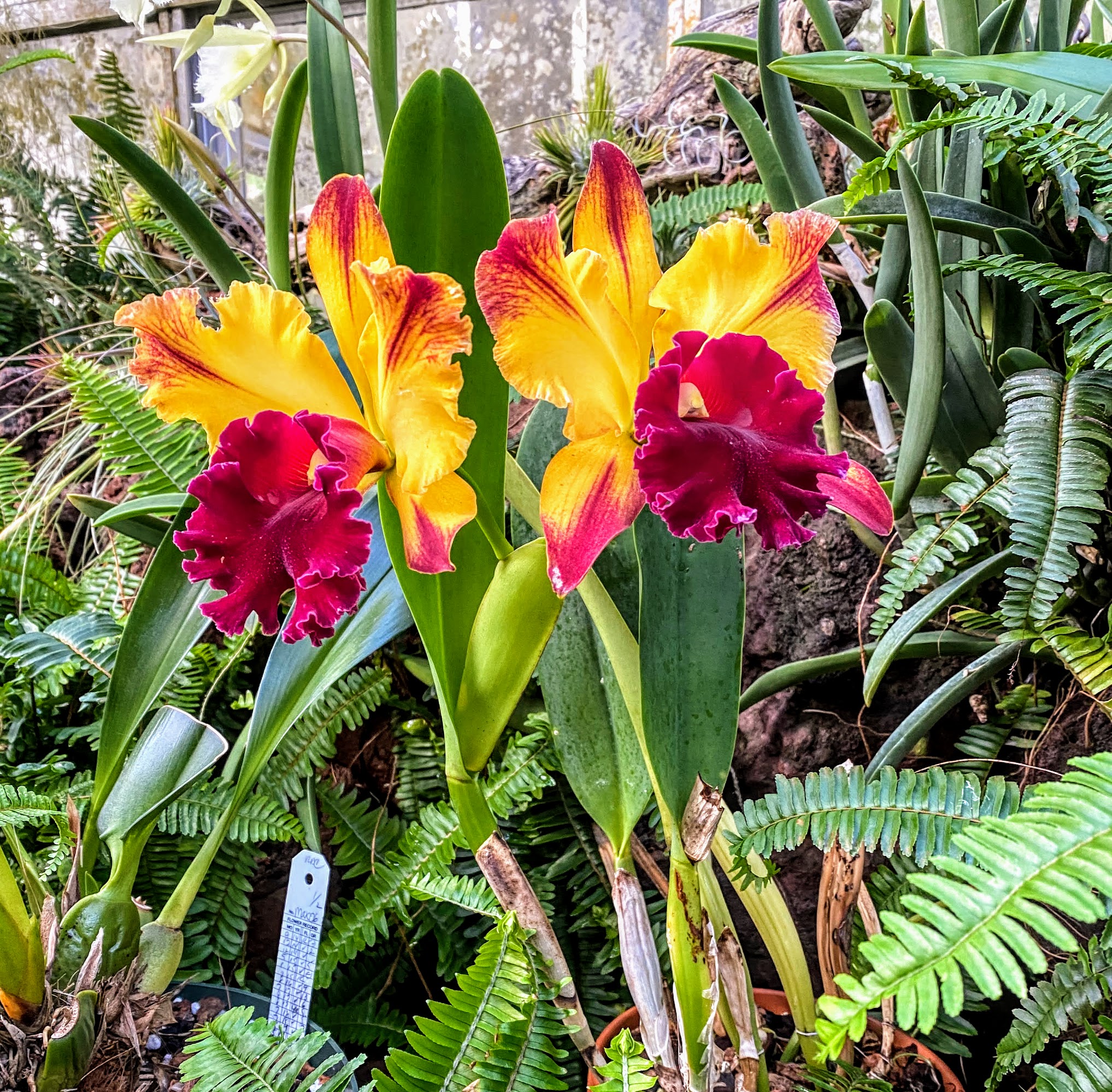 I already forgot the proper name, but in my mind, this is a “Tequila Sunrise!”

The rules were we had to wear masks in the facility, although we were perhaps a little lax on some occasions (when we were sipping wine).  The pelican, who has been standing there for at least twenty years, needed a mask. If I had had an extra, I would have tied it on, but alas, I was ill-equipped! 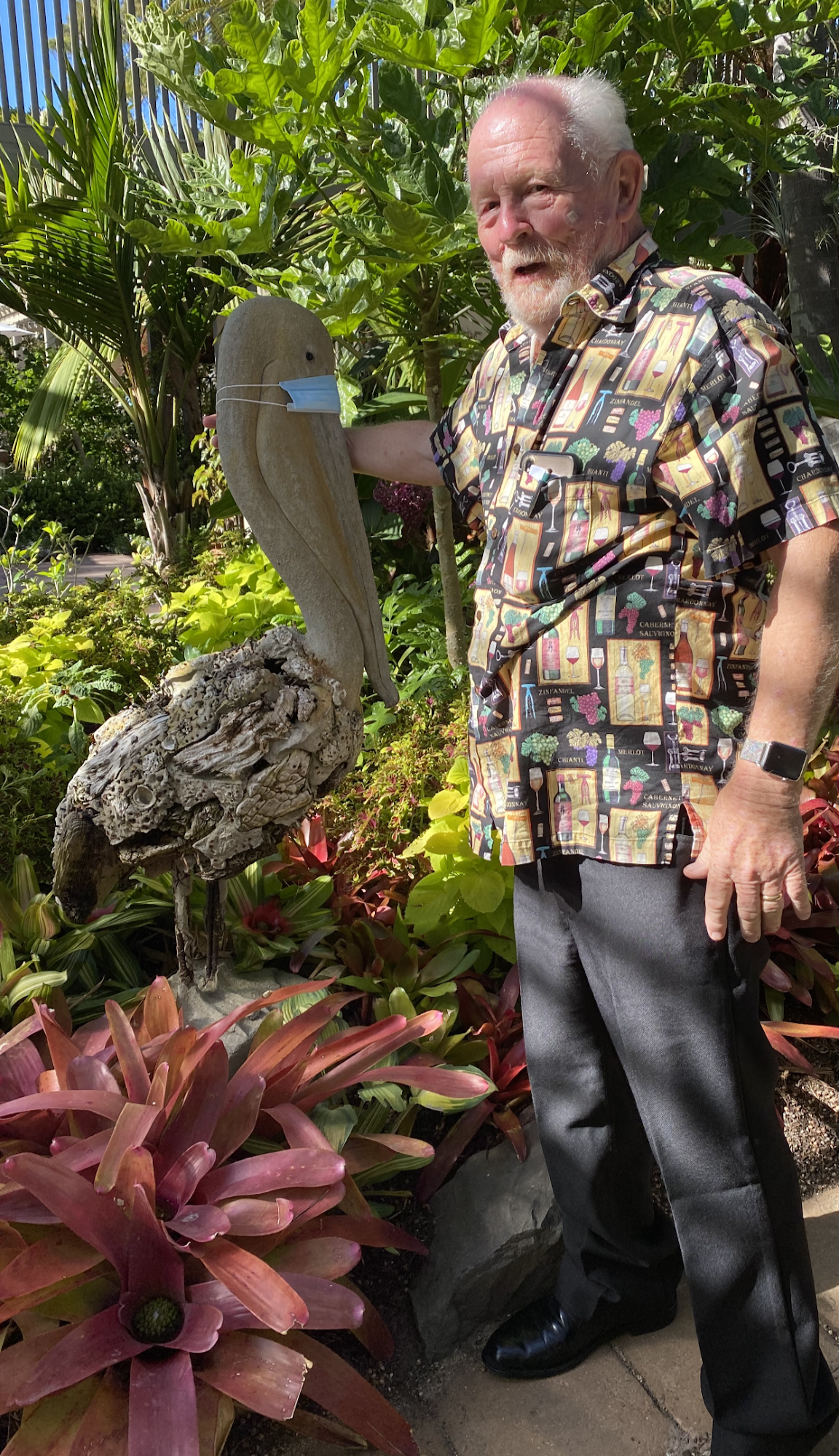 Hey, I was thinking of the unfortunate pelican being subjected to all those people breathing as they hiked by him all day.

Back home, I did some chores and decided the hot-tub folks needed to be called as the temperature seems to fluctuate, but I guess that is to be expected after all these years.  Note to self: Call Long Beach Spa tomorrow.

The photos application from Google often asks me if it should shows “on this day” from previous years.  We are having lunch in Santa Barbara during a wine train excursion.  This picture might have been the year of my heart surgery, and Mike was so kind as to assist in pushing the wheelchair during our visit. 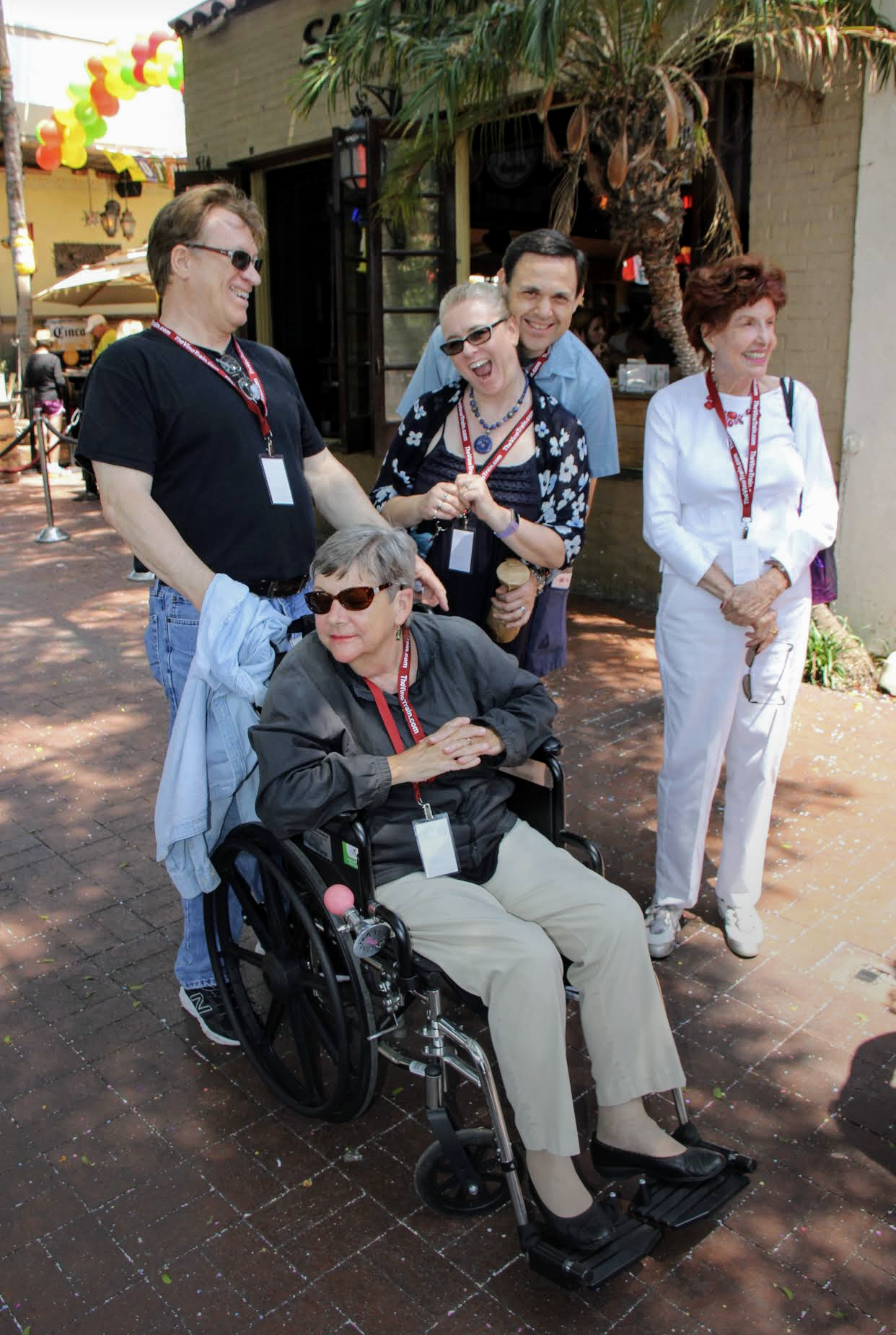 Three years ago, we were doing the wine train.

Bedtime and two more episodes of “The Middle,” and we are in season three.  The middle child, Sue, is going to high school, and the family goes on an ill-fated camping trip.

Just an old retired guy trying to finish out my last years on this planet loving my best friend and wife, having fun, learning, and passing on helpful things to others.
View all posts by Paul →
This entry was posted in Walking. Bookmark the permalink.
Powered by Maribol IMDB Plugin