Lunch With The Guys!

“The reality is that you will grieve forever. You will not ‘get over’ the loss of a loved one; you will learn to live with it. You will heal, and you will rebuild yourself around the loss you have suffered. You will be whole again, but you will never be the same. Nor should you be the same, nor would you want to.” – Elizabeth Kubler-Ross

We would spend hours at the Griffith Park Observatory, especially after the remodel, going through and studying the displays.  Then, all the way home, we would test each other to see if we remembered all the fascinating facts.  Silly me, that was an unwinnable game, Sue always won. Sue remembered everything!

Below she was studying Jupiter and was amazed by the size comparison to little ol’ Earth!  After our visit, we would go to the LA Farmer’s Market and dine at the French restaurant. We have such great times together, always together!  I love you, dear! 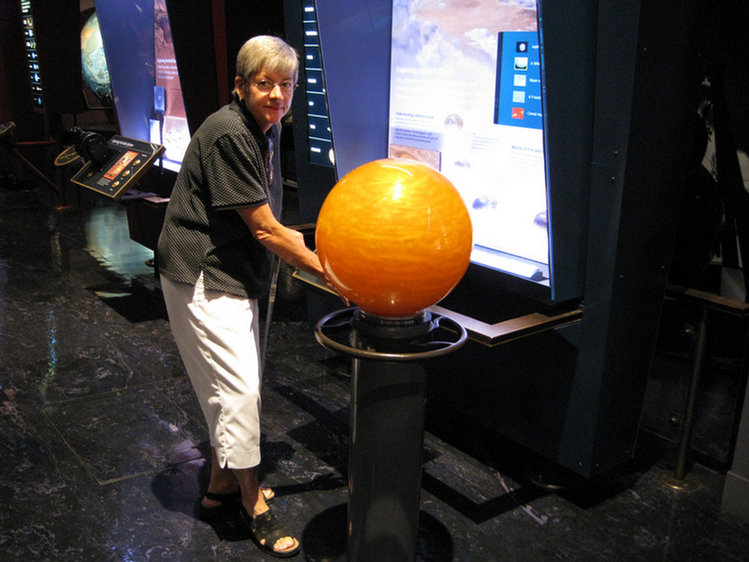 A good friend sent me its today:  Mathew 5:4 “Blessed are those who mourn, for they shall be comforted.”  It was an excellent way to start the day!

So the day begins with work, WORK?  OMG, the very thought of that is frightening.  What was it?  Taking clothes from the dryer and hanging them up.  Jeans and sweatshirts for starters, then towels and miscellaneous items.  My poor little fingers are being worked to the bone.

I checked the spa chemistry, and it is settling down, so I shall drown my sorrows in the hot tub this evening.  By 10:30 AM, the work was done, and it was time to get ready for “Girls Night Out”; translation, Bob, Mike, and I have lunch at the Santa Ana Elks!

I arrived first, so me and the Purple Pig got things started! 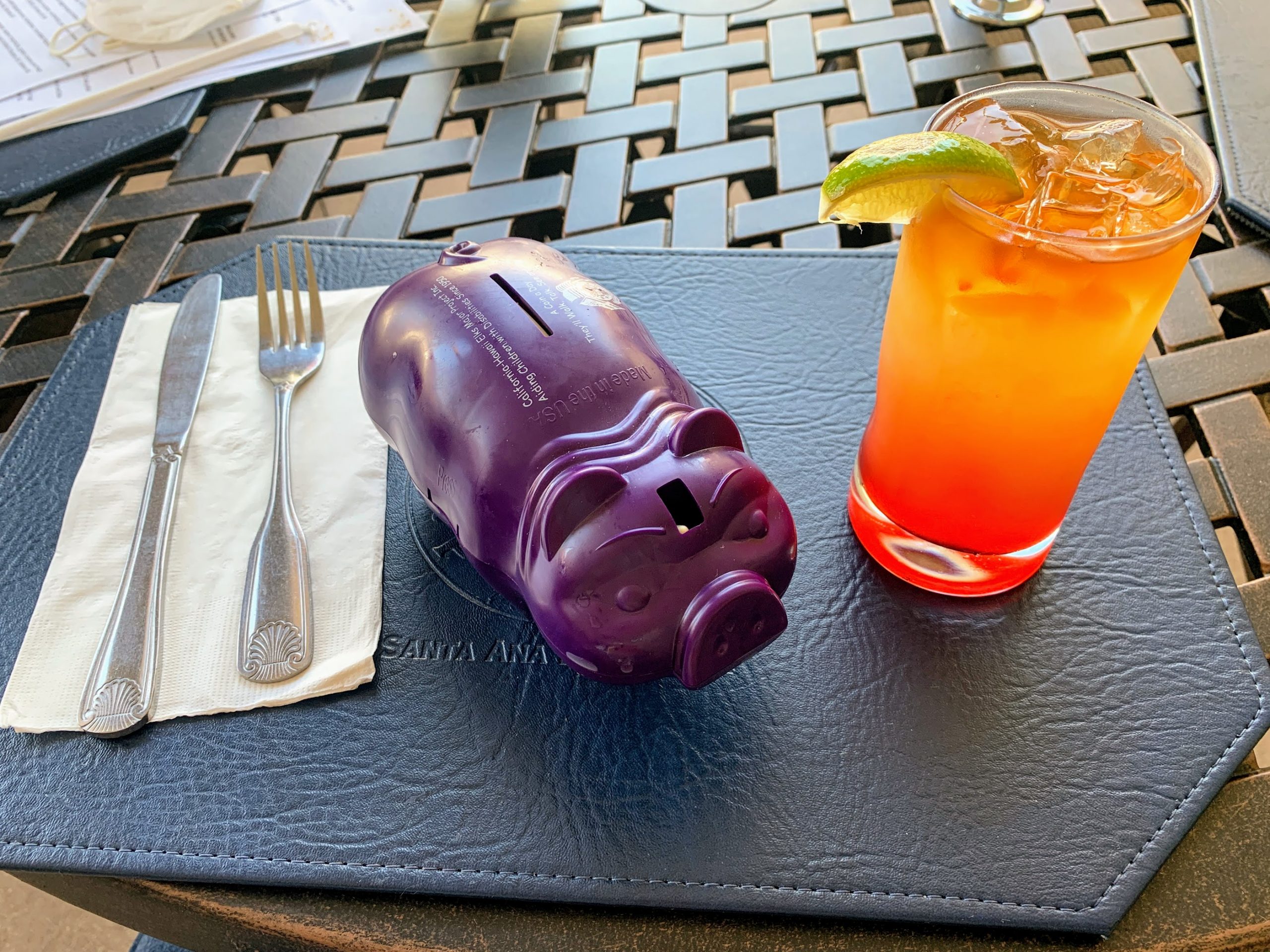 The drink belongs to the pig!

We ate healthy today even though I was eyeing the pastrami and French fries. 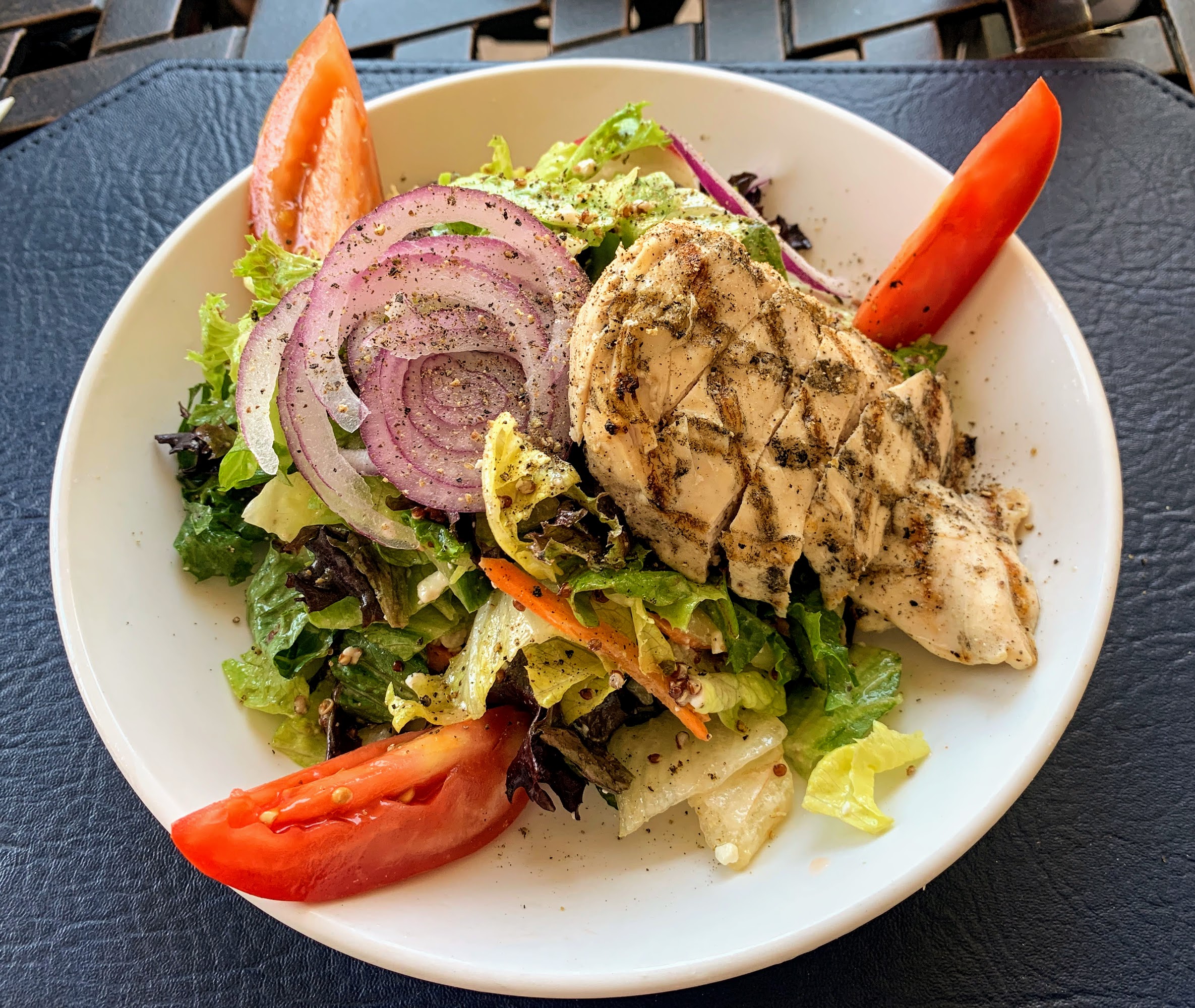 We laughed and giggled for a good hour, and we all had good healthy food…until that horrible waitress came by and remarked about how thin we are so we all got to thinking (that’s dangerous), and we ordered. 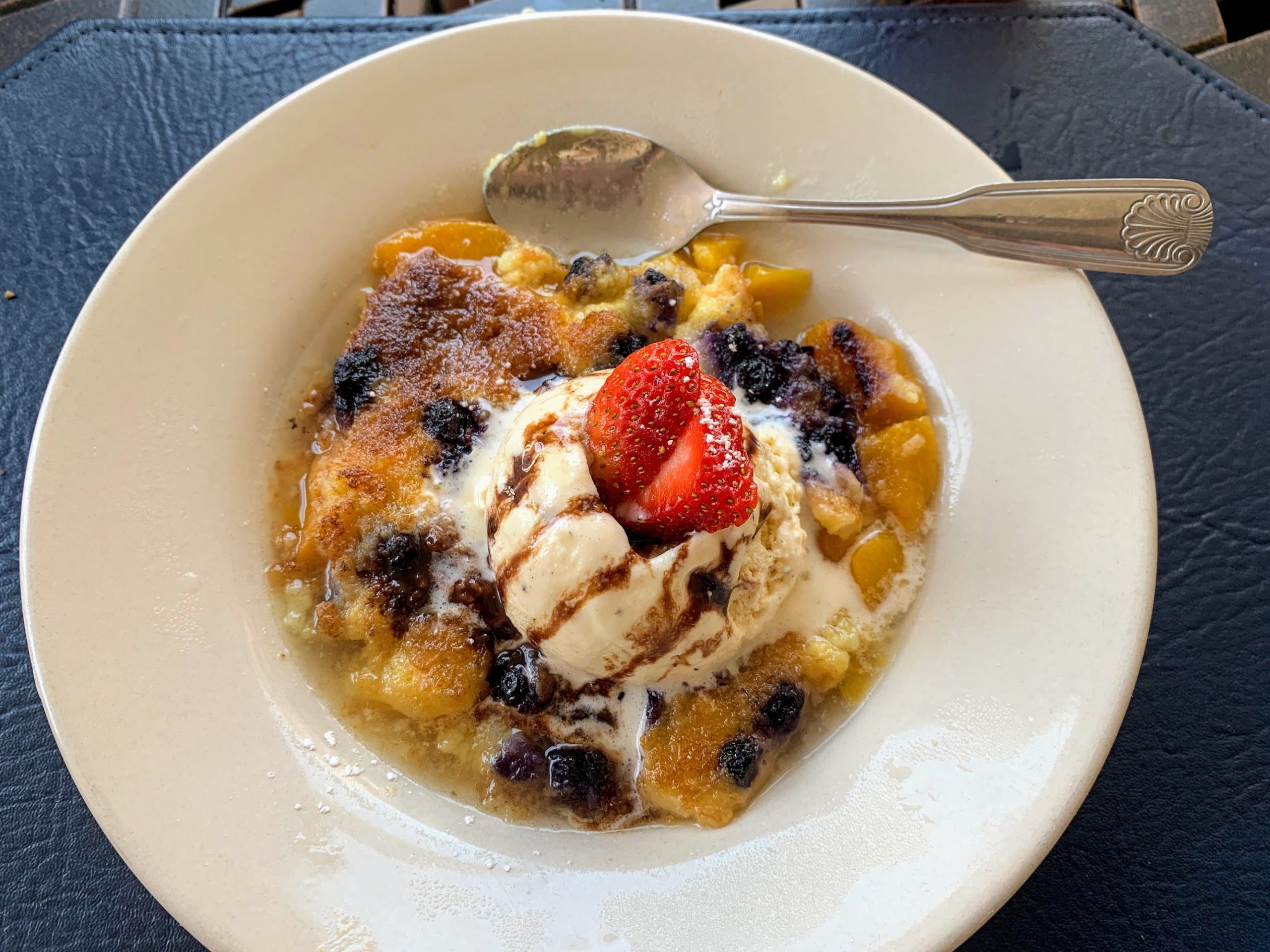 Then dessert came and reared its ugly head!

On the way home suddenly, a blinding revelation struck me… I know a barber!  To the phone at breakneck speed and pounded out the numbers carefully praying for a sweet voice to say “Hello!”.  My wish was answered, Teri was home, and yes, she would do my hair!  Yeah!!  To reward Teri’s efforts, Ralph’s market was visited, and I obtained some liquid libation that and knew she and Shaun would like!

A little snip here, a little snip there, and within thirty minutes, my ponytail was eradicated, the hair growing into my ears was parted (much like the Red Sea), and I lost twelve pounds.  The courage to sing “I Am Pretty” never entirely made it, so I hand to sing to myself quietly. 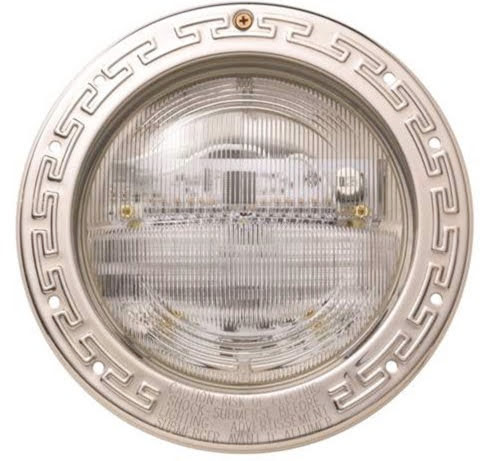 LED pool light has fifteen modes of operation; I will need a teenager to help me out!

It’s time to walk! My little legs were going ninety miles an hour as the shoes hit the sidewalk, and with a terrible screeching sound, momentum was gained, and we were off to the races. I managed 2.4 MPH tonight, a little faster than average, and that included two doggie visits along the way! 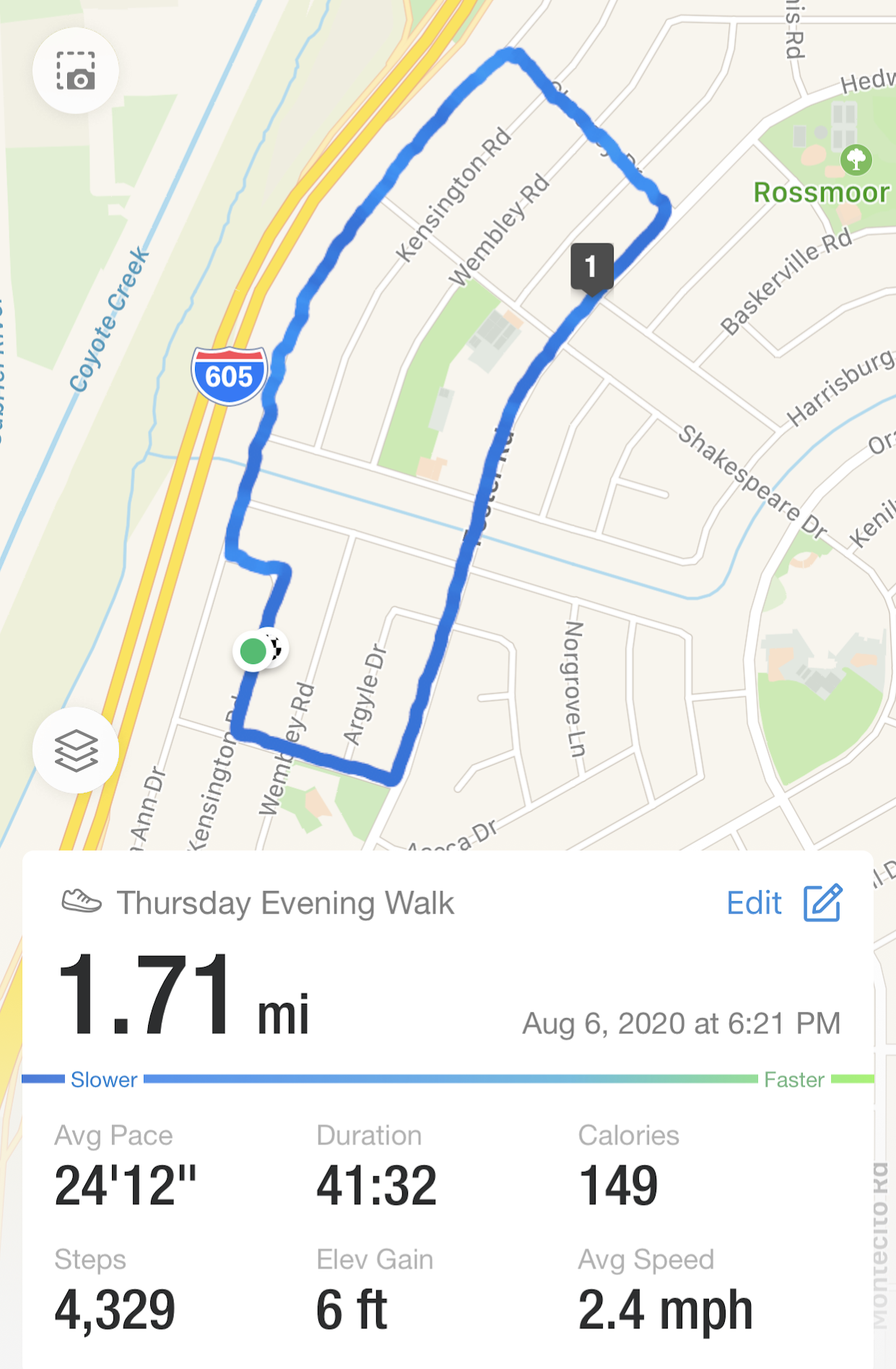 I walked just as dusk was beginning.

Connor called on the last leg of the journey, so my speed had to be slowed a bit as the wind was whistling through the phone, making him hard to understand.  We talked for twenty minutes about UFO’s and airplanes and plans to get together real soon!

But I digress, time for the spa!

Note to self: Check the spa before getting in! 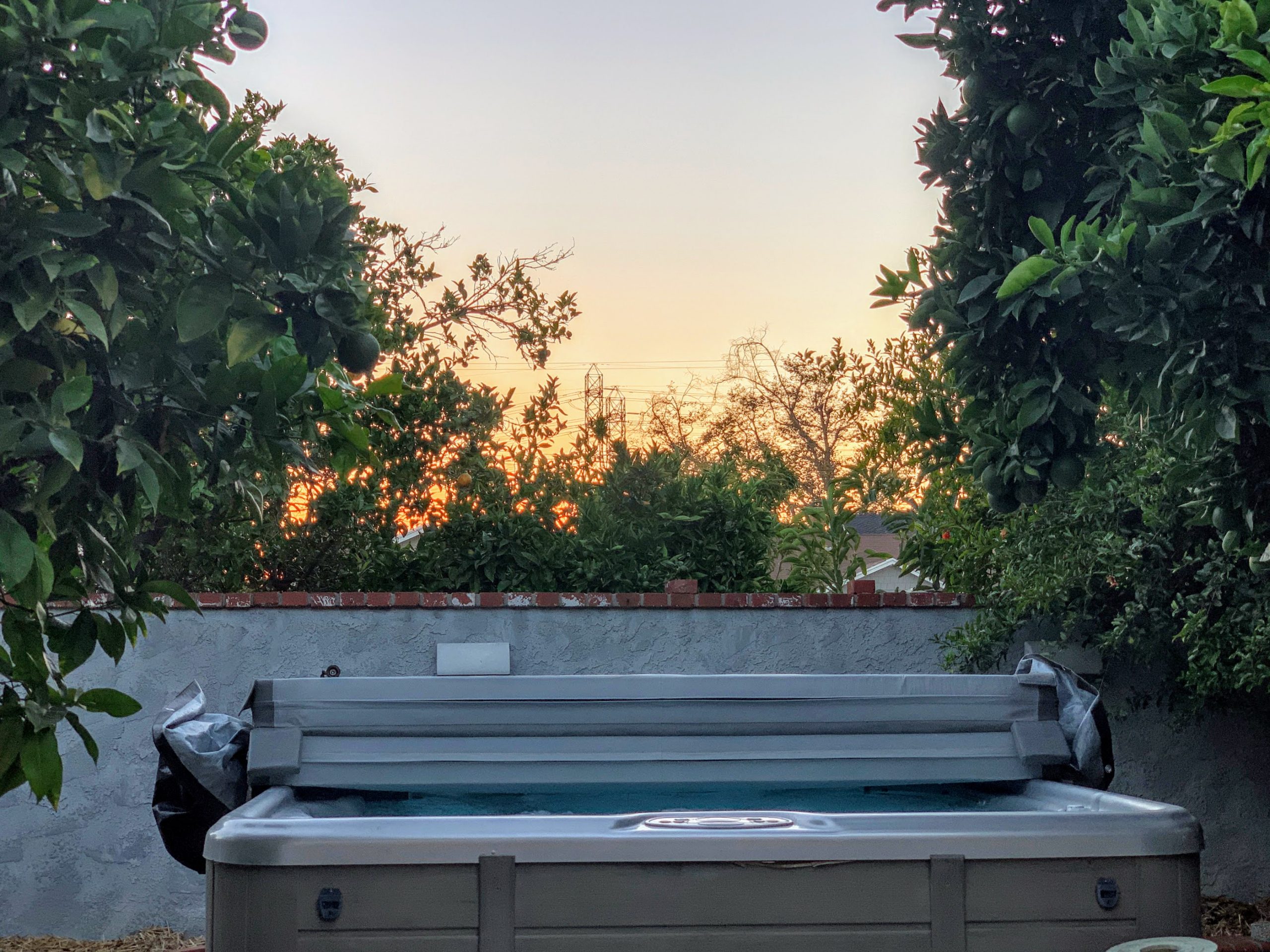 One hundred-two degrees for thirty minutes and the old body will be well done!

Before it got dark, I snapped a picture of Sue’s Lilac, and it seems to be doing pretty well! 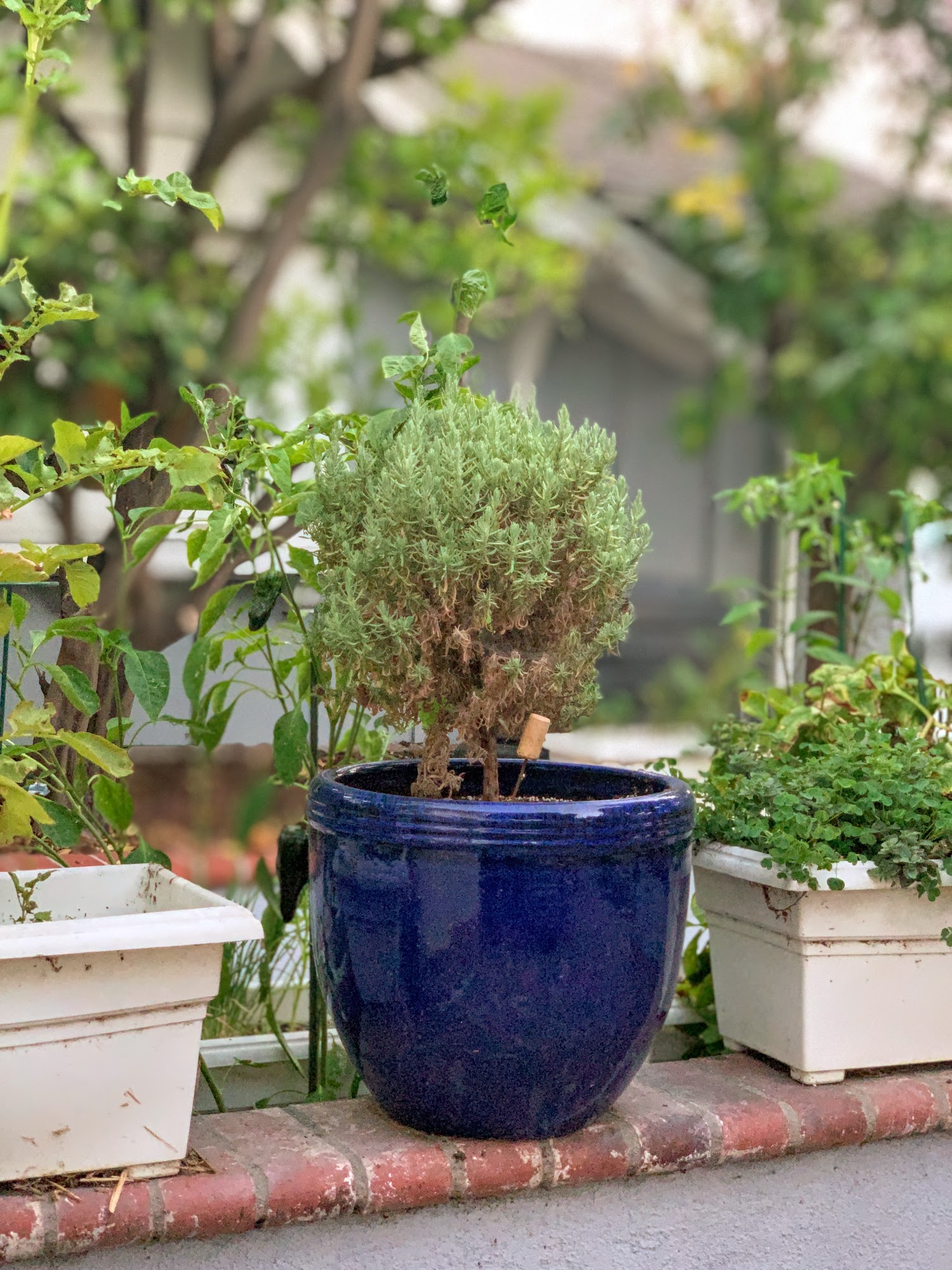 Sue’s lilac does not seem to mind the heat as long as his little feet get wet!

It’s dark o’clock, so time to come in from playing, but a stop at the back door was needed to see if the $1144 was worth it.  I think so! 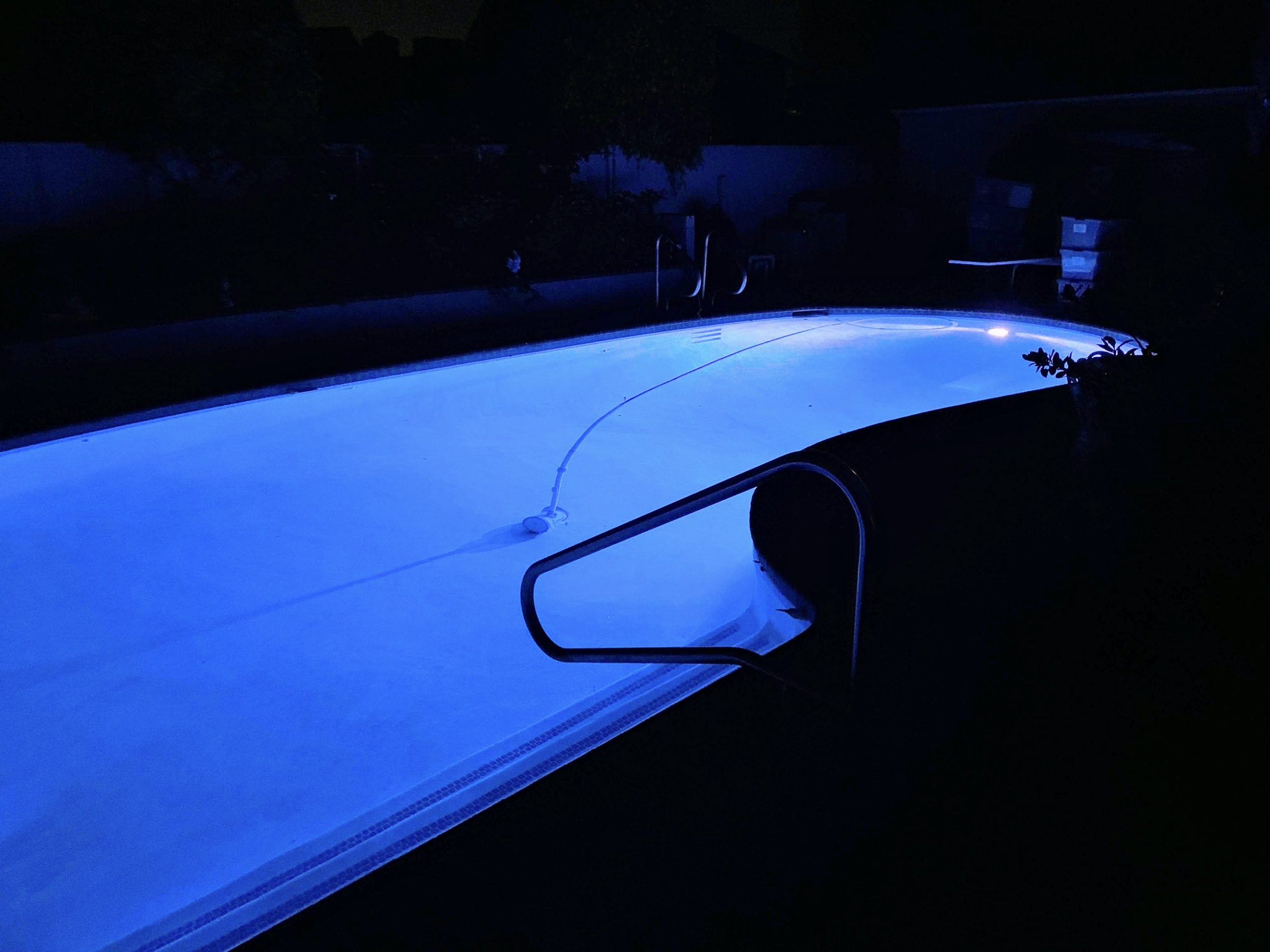 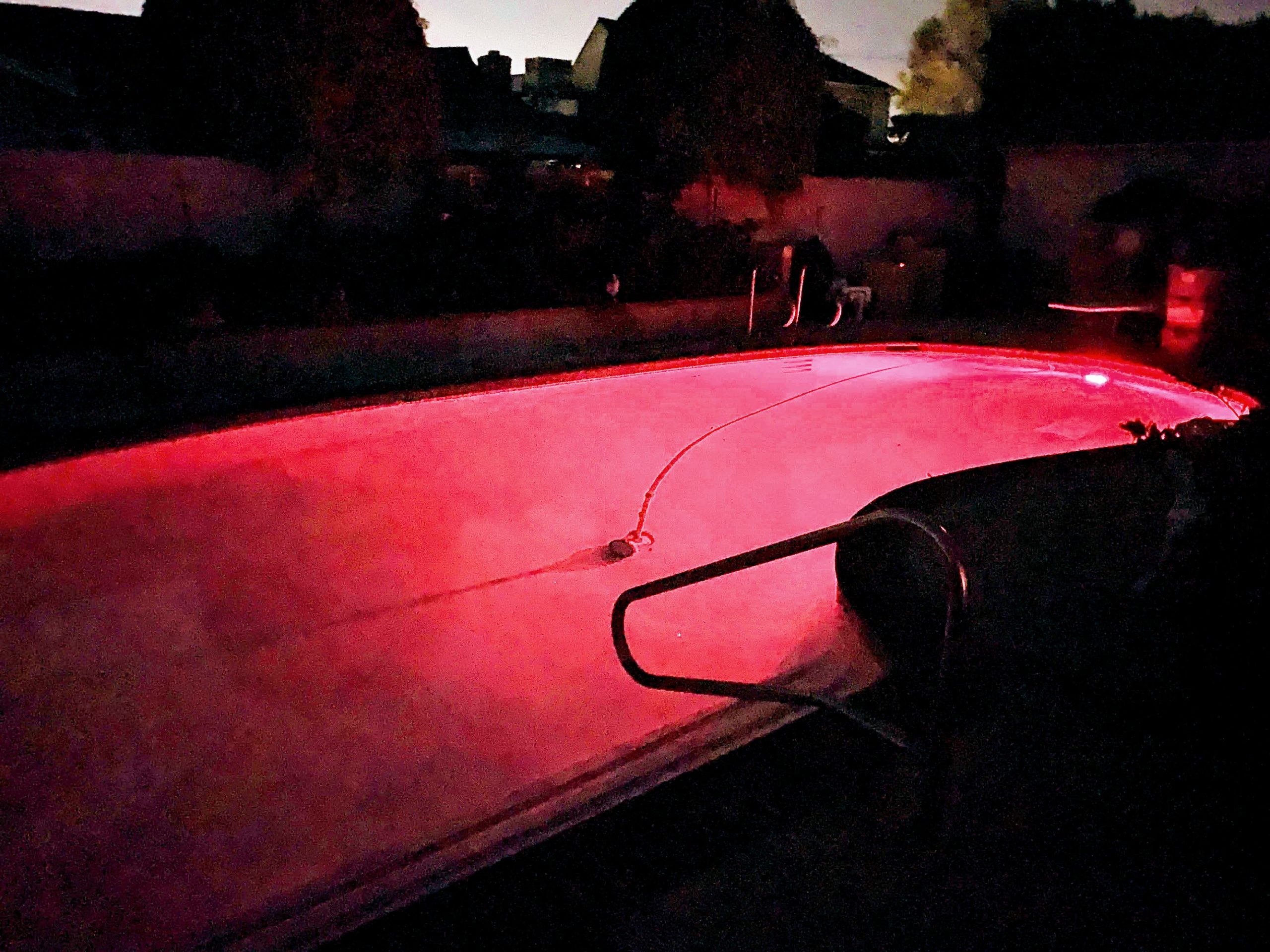 This color would be great for Halloween!

The phone rang about 9:00 PM, and it was the dermatologist revealing the results of the biopsies.  Two of the three are OK, nothing a little liquid nitrogen won’t take care of in a few short minutes.  The third will require surgery on the right lower cheek.  There is always something going on!

Now it is almost 10:00 PM and time to watch the boob-tube and listen to KFI until the Sandman comes to visit.

Just an old retired guy trying to finish out my last years on this planet loving my best friend and wife, having fun, learning, and passing on helpful things to others.
View all posts by Paul →
This entry was posted in Doctor, Food and Wine, Friends, Walking, Working Around House. Bookmark the permalink.
Powered by Maribol IMDB Plugin