Up Up And Away

“This is not goodbye, my darling, this is a thank you. Thank you for coming into my life and giving me joy.” — Nicholas Sparks

Sue could talk me into anything.  I dislike heights, but wherever we went across the globe, she would find the highest point and off we would go.  We climbed the Hallgrimskirkja , the tallest building in Reykjavik.  We went to the World Tower in Sydney, which was 73 floors.  We did the Raffles Tower in Singapore, which was one as the tallest building in Singapore and the 123rd-tallest in the world.  Then there was Toyoko, Hawaii, New Zealand, France, Portugal, and many more. An of course, every time we were in New York we went to the World Trade Center and the Empire State Building.

Below, we are at California Adventure, and she talked me into the Ferris Wheel!  3,000 feet in the air going around in circles at 200 MPH is not for the faint of heart.  I am trying not to look scared, but everything was shaking.  You can’t see it but Sue is holding my hand tightly and whispering, “It will be OK every time we get to the top!” Sue thought it was funny.  I would do anything for her, and this proves it!  She was naturally incredible! 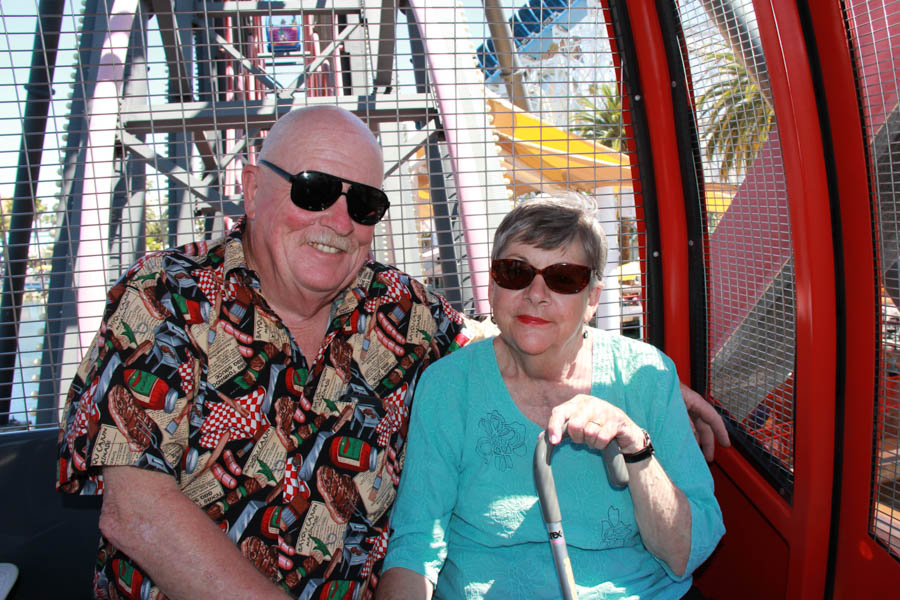 Today was a little slow, but that might be needed.  I began by removing the old flood lights from their location under the eves of the house in the back yard.  I used to have two 100 watt lamps overlooking the garden, but now, being by myself, I want to light up the back yard like a Christmas tree.

I selected a LEONLITE LED Outdoor Flood Light with Knuckle, 1000 watt equivalent or almost 11,000 lumens, super bright.  They should be here Tuesday from Amazon, and I will try them Tuesday night.  I might just need three for the entire back yard as they are so bright!  My original plan called for six, but that may be too much! 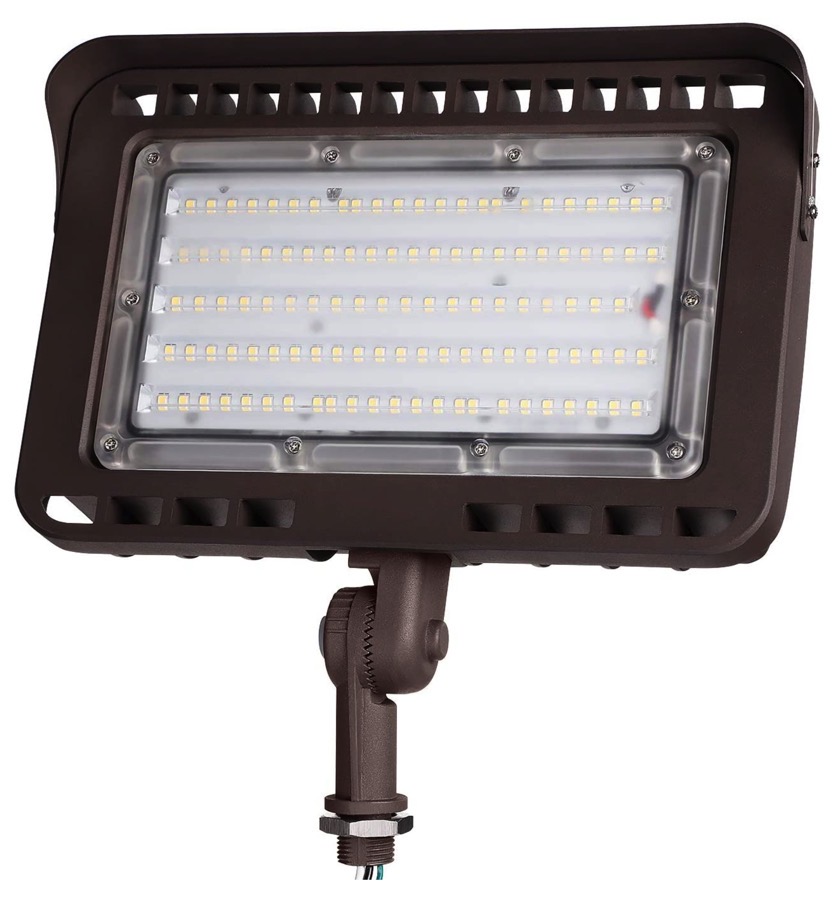 These ought to show the way!

Before I begin, a Lowe’s run is required! Into the Silver Lady, and we are off.  Yes, she gets to go to the store today!  I stopped by the shower section first as I am thinking about changing the Master Bedroom shower door to something like the barn door arrangement. I am tired of wearing the little plastic rollers out and having to replace them! 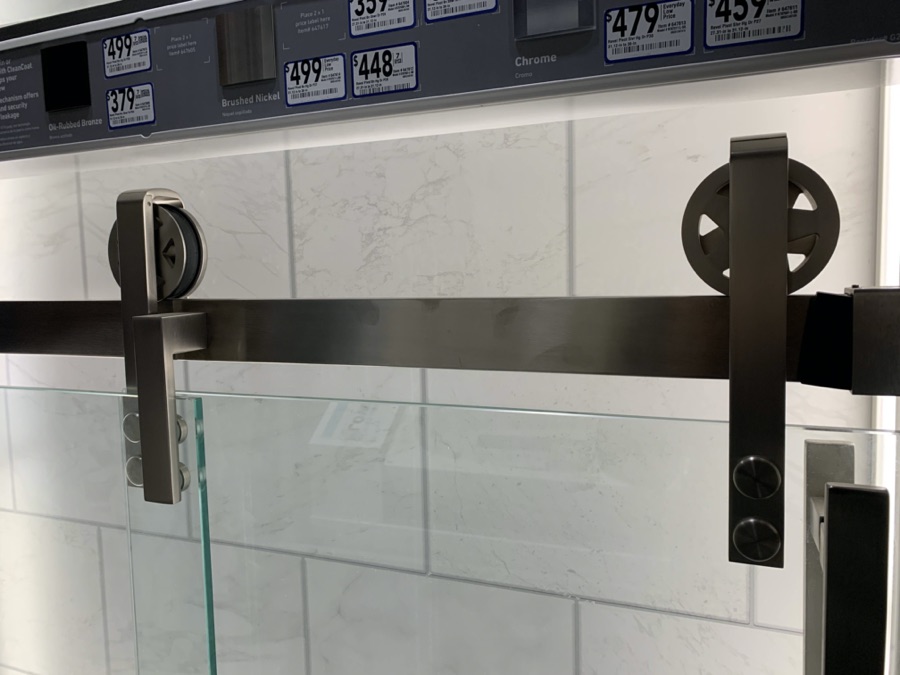 Now to the electrical department where I got new waterproof boxes for the lighting fixtures.  Tomorrow I shall go up into the attic and make the connections.  I am ready to roll! 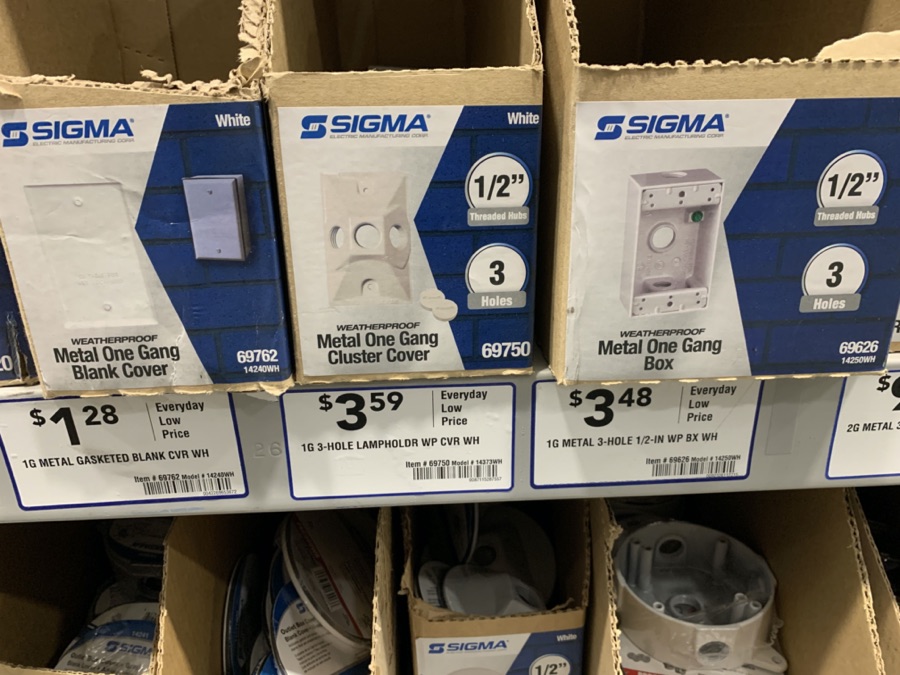 Now back to work.  I took the picture so I could find them again should I need more boxes!

I talked to Joe, my son, for quite a while about the lights and decided he was right to go with the 3000K lighting instead of the 5000K lighting.  When I was at dinner at his home Saturday I say his arrangement and liked it a lot.  The warmer lights will be just fine.

I selected the warmer color since it is going to be quite bright!

Irene popped over at 1:00 PM, and we talked for almost two hours then I popped the question, “Wanna eat?”  She said yes, and I suggested Gourmet Pies across from Costco.  I had a chili size, which was terrific.  Irene did pastrami and said it was good.   I brought two pies home, not for me, but for Vicky and Del.

I wanted to cheer them up.  They have been inside for 104 days now (they are being extremely careful because of Del’s age) and low-and-behold, one of Robbie’s co-workers tested positive for COVID so that means Robbie may have brought it home.  Vicky and Del are going for a test Monday.  I pray that it is negative!! 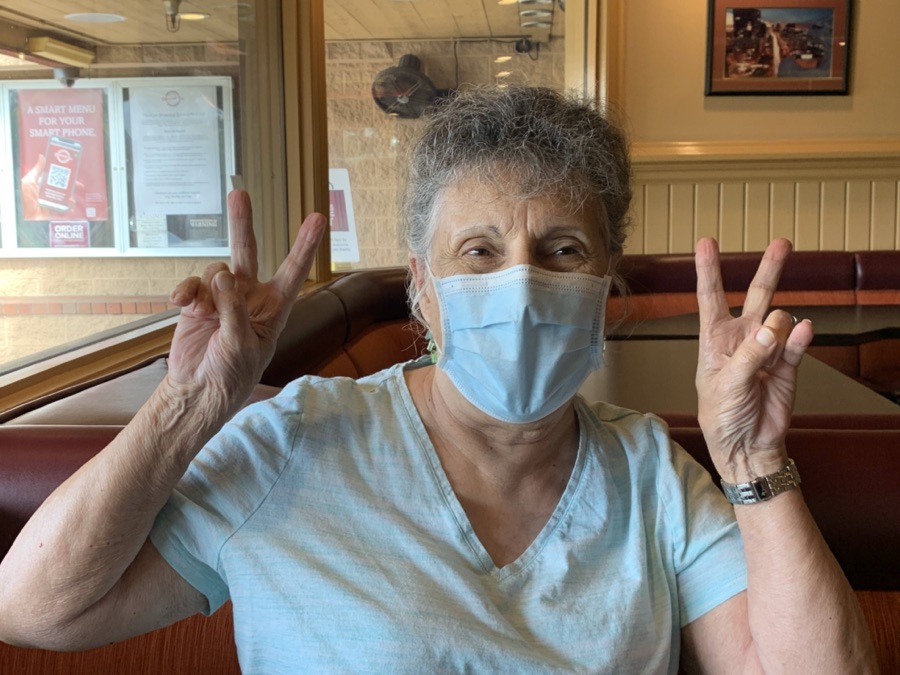 Did You Know?  What is known for sure is that the chili size was developed in Los Angeles at a place named Ptomaine Tommy’s. In business from 1913 until 1958 at 2420 N. Broadway, Ptomaine Tommy’s was the largest and best known chili parlor in town. Reportedly, movie stars such as Mae West and Mary Pickford were regulars, devoted to Tommy de Forest’s chili. Other newcomers like Chili John’s in Burbank (established in 1946 and still in business) have sprung up since then with their own version of the chili size, but Ptomaine Tommy’s was the original.

Tommy de Forest, a local restauranteur, claimed the invention of the chili size in the 1920’s. His specialty was hamburgers, so he looked for a way to make a different burger for his diners. As the legend has it, he had a few ladles that he used to spoon the chili into bowls. When a customer wanted straight chili, he used the large ladle and the order was served. On the hamburger, however, he used the small ladle, calling that “hamburger size”. And finally, he came up with a variation, serving the larger amount of chili over an open faced burger and then covered it with cheddar cheese and chopped onions. This open-faced sandwich was henceforth referred to as “chili size”, and sold for 20 cents as opposed to the chili burger for 15 cents. Soon, people all over Los Angeles were asking for a chili size, or sometimes ordering just the straight chili in a bowl as a “bowl of size”. By the time Tommy de Forest closed up his restaurant in 1958 due to financial difficulties, the chili size was a popular item all over the West Coast.

The chilisize was good today; I only ate half of it!  The remaining portion shall be my lunch tomorrow! 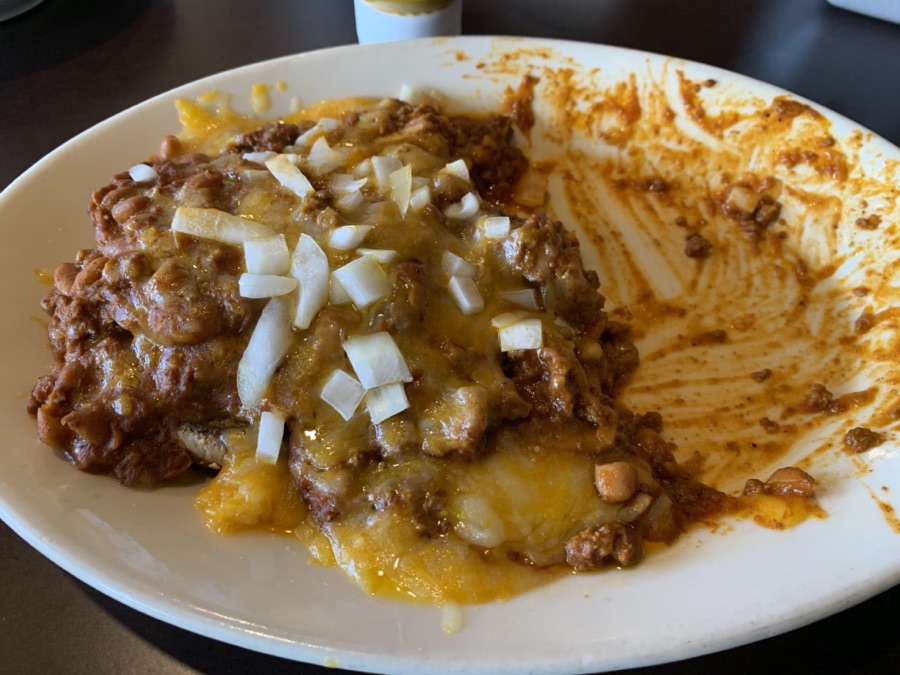 I ate half of the chili size, and the rest came home.

Meanwhile, back home, the final concrete wall is being finished!  Tomorrow, Monday, the Red Guard is going on the wall, and it will dry for a day and then the tile! Speaking of the tile, I selected two designs.  For the floor of the shower, we have a rock design, and you see the sample without grout, of course. 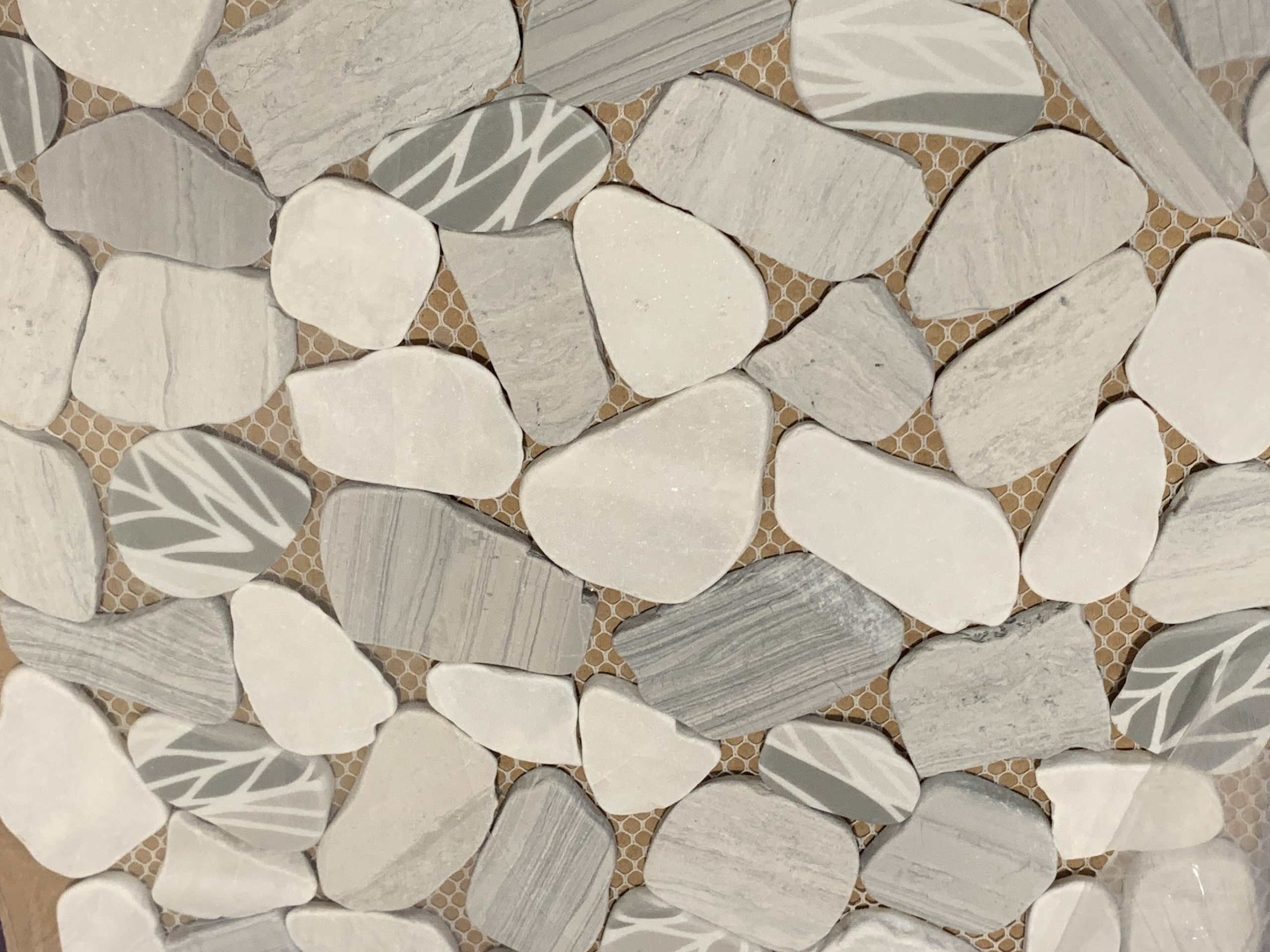 The flooring will be “bumpy by design,” so it is virtually non-slip!

The walls will have the design below again with significant overtones to match the floor of the shower and of the room itself. 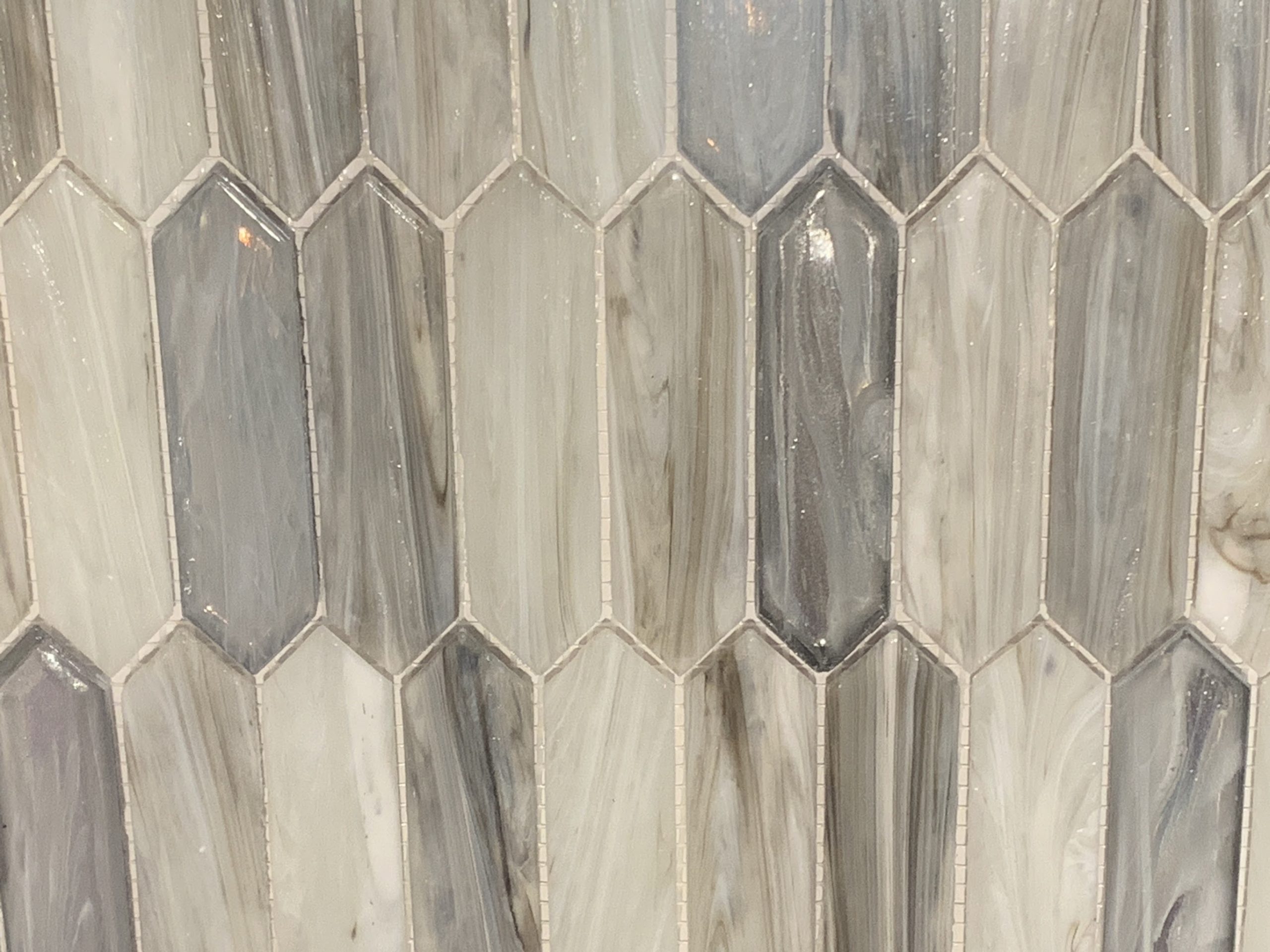 The wall ties in with the flooring perfectly!

The concrete continues to be added to the walls.  Bob used twelve ninety-pound bags of cement in the shower/bomb shelter.  It will be a quiet shower for sure. 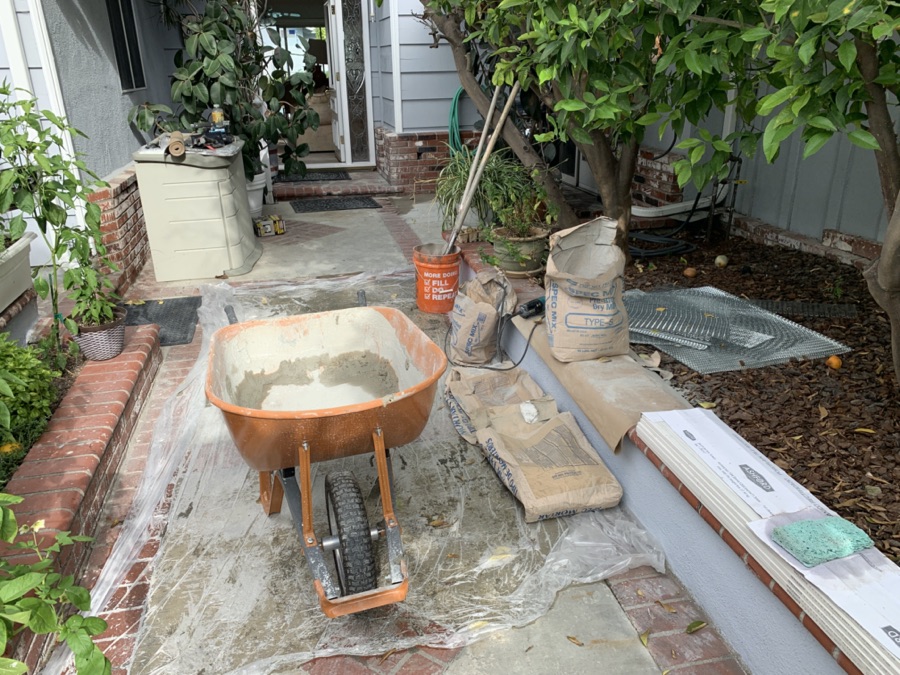 All the concrete is on the wall, over 1200 pounds!

I continued to work on the backyard lighting wiring and decided not to do any more until the lights get here Tuesday.  Thay way I can fire them up and place them in the dark and mount them the next morning. 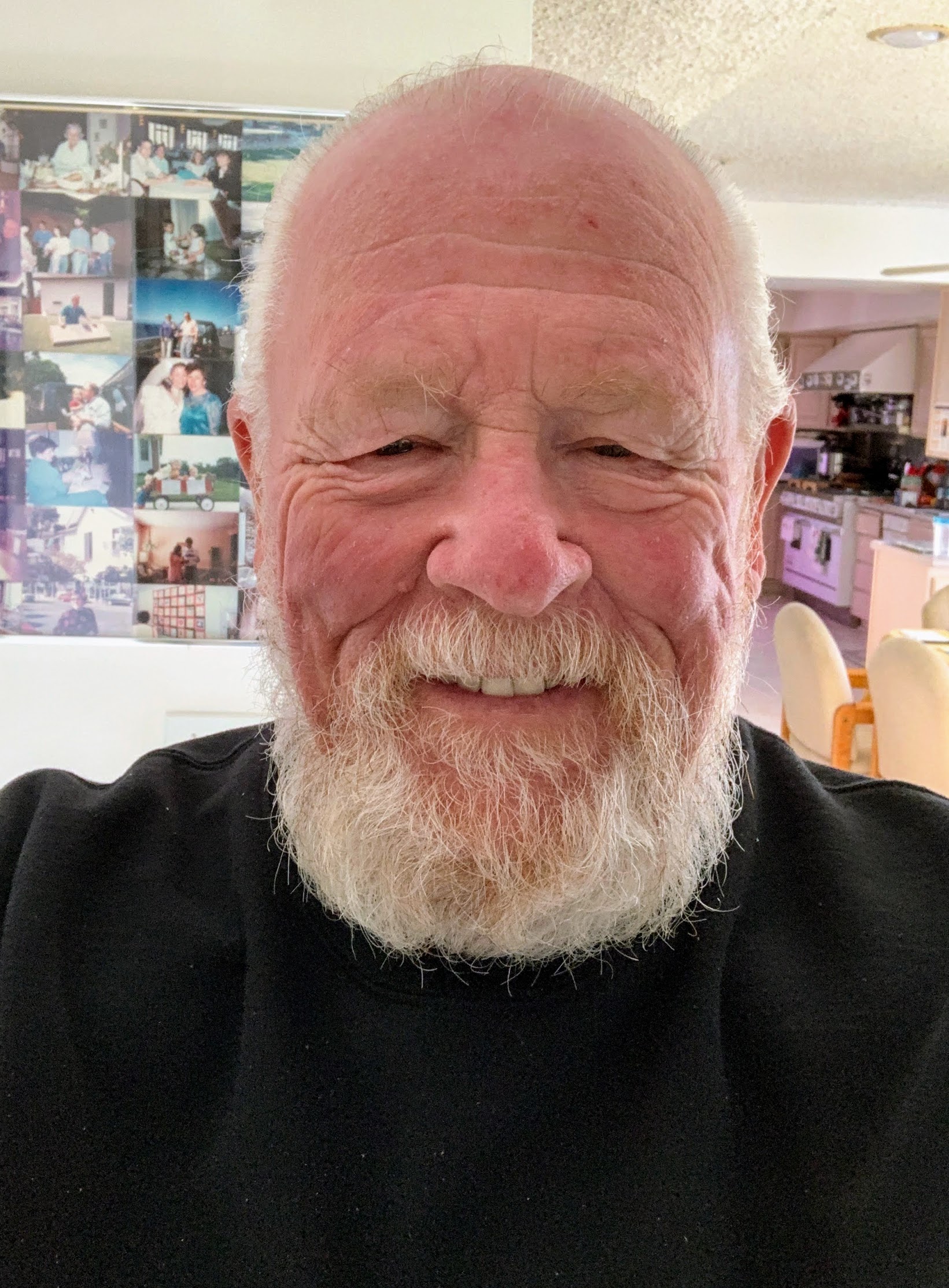 I walked 6,000 steps today just around the house!

Now it was time, so I popped into the shower and got into he jammies and watched “UPLOADED.”  The premise is: In 2033, humans can “upload” themselves into a virtual afterlife of their choosing. When computer programmer Nathan dies prematurely, he is uploaded to the very expensive Lake View, but soon finds himself under the thumb of his possessive, still-living girlfriend, Ingrid. As Nathan adjusts to the pros and cons of digital heaven, he bonds with Nora, his living customer service rep, or “Angel.” Nora struggles with the pressures of her job, her dying father who does not want to be uploaded, and her growing feelings for Nathan while slowly coming to believe that Nathan was murdered.