“Those we love don’t go away; they walk beside us every day.” – Unknown

Disneyland was our middle name.  When Sue’s cancer was diagnosed in October 1997, I immediately got us annual passes because it was the “Happiest Place On Earth.” For the next two decades, we celebrated “Life Day” at Disneyland every October and quite often with family.

So, what is Life Day? Twenty-three years ago, on October 23rd, 1997, we went to the doctors’ office after Sue complained of a sore neck muscle. It turned out to be a lymph node that was swollen, which was an indicator of cancer. The x-rays showed small-cell lung cancer in the lungs. Small cell lung cancer (SCLC) is an aggressive malignancy with a distinct natural history and dismal prognosis.

This October is not going to be the same, as we always looked forward to celebrating another year cancer-free.  Sue was a fighter and still pulled miracles out of her hat.  She will be missed on that day, but if we can, we will go and remember her! 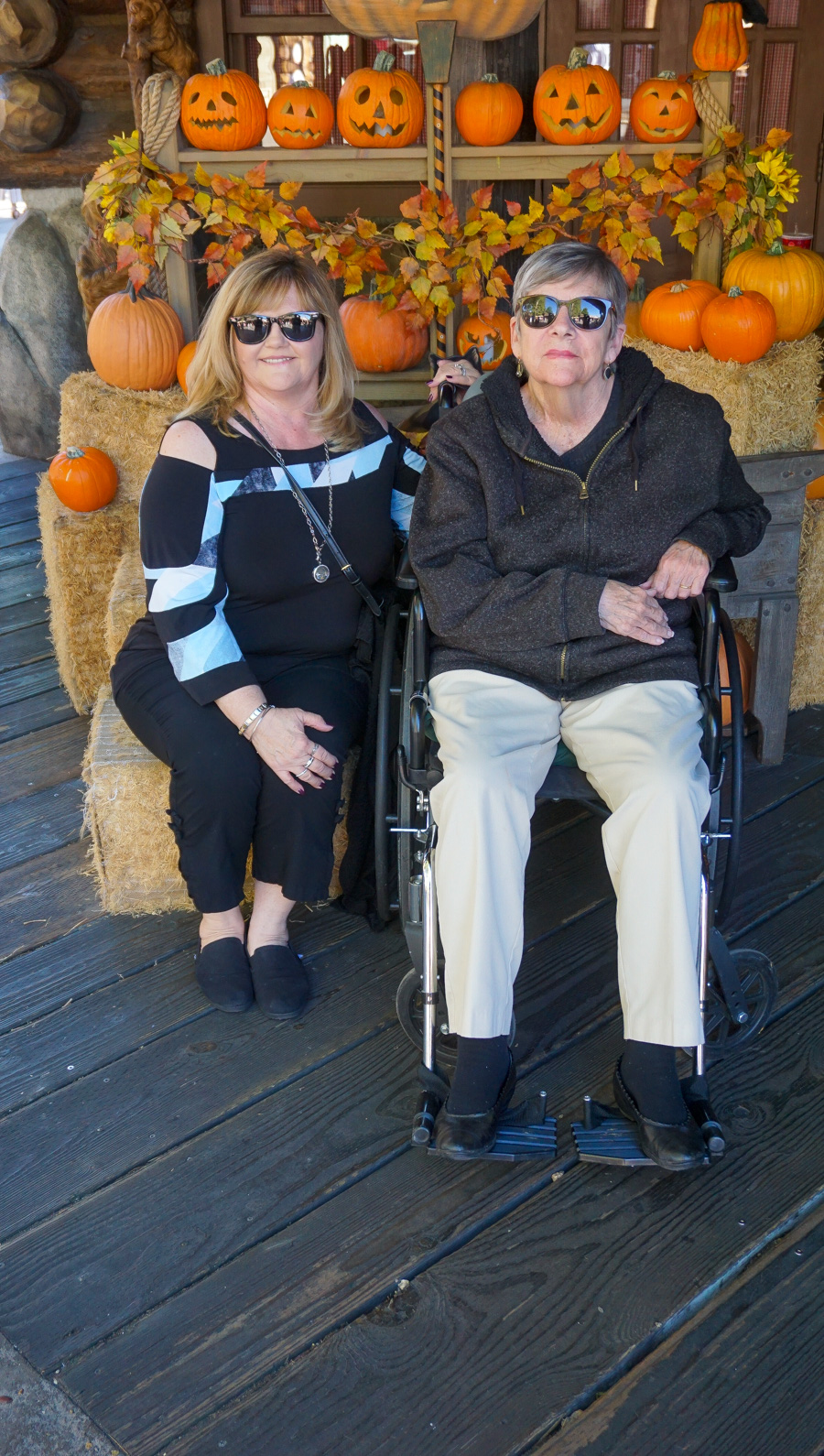 Sue’s 21st Life Day at Disneyland with Robin was our last one.

At 9:00 AM, I got a call from my electrical contractor.  Good news; Bad news!  The good news is they got the permit and can start.  The Bad news is there was an unfinished permit for our new roof dating back to February 2006.  So I called the roofing company, and they went out of residential business and do only commercial work now, but the lady I talked too understood the problem and said she would work on the issue.  Now I must wait and see if the roofing company has any information on what happened or ask the City to come and do a final inspection on a fourteen-year-old project? Phooey, isn’t anything easy?

Zack called and he is going to try to make it over this afternoon to get Grandma Sue’s treadmill.  I thought of him and Becca when I saw this cartoon!

Since Robin is joining me, I skipped breakfast, but I did start a loaf of parmesan cheese bread, and while it was rising, I dropped by Spectrum Cable and Costco.  Spectrum had a long line outside, so I decided to skip it and call them when I got home.

At Costco, I found a couple of things I needed, but I have to get a pickup truck to get them home.  I plan to call Joe tomorrow and see if he is available or go to La Mirada and borrow Mitch’s pickup. 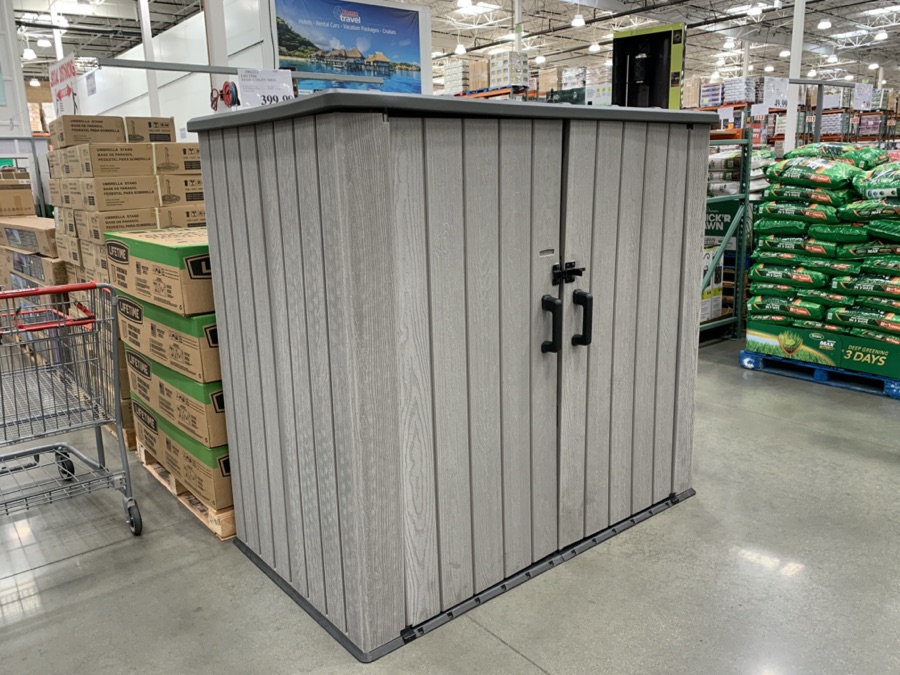 I may invest in a couple of these to store my garage goodies as I would like to expand the shop a bit. It is 75x47x68 inches, so two would hold my storage containers easily.

After arriving home, I called Spectrum Communications because my bill had a $6/month charge for a “phone line.”  Well, it turns out that when I got the cable package deal, I also got a VoIP phone line thrown in, and I didn’t know it. Neat!

I zipped to Staples and bought a two handset phone, and it is by my printer so I a) have my line, and b) a direct connection to the printer/fax machine! Perfect, more toys! 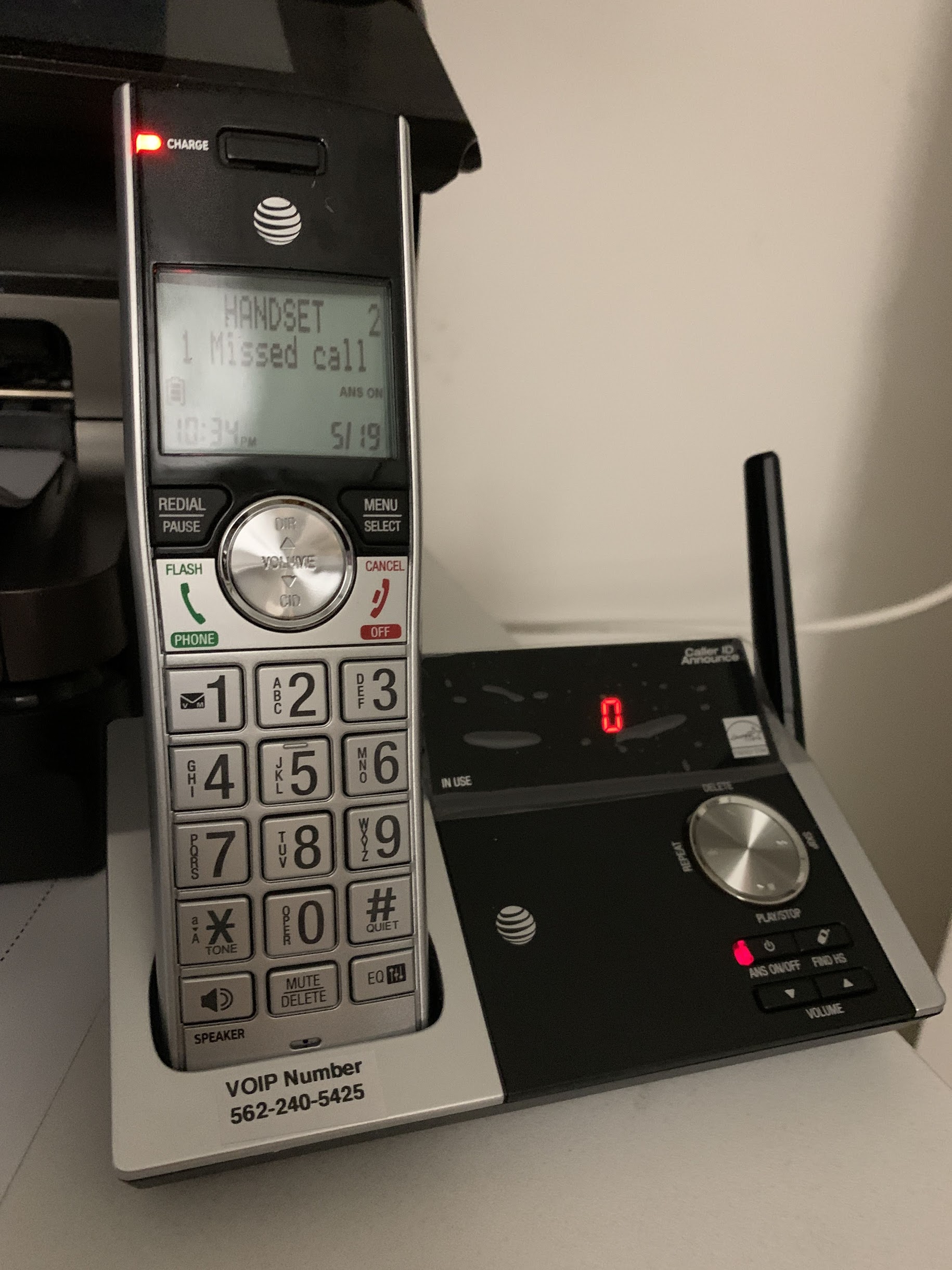 Yeah, now I can be on a help-desk call without tieing up my house or cell phone! 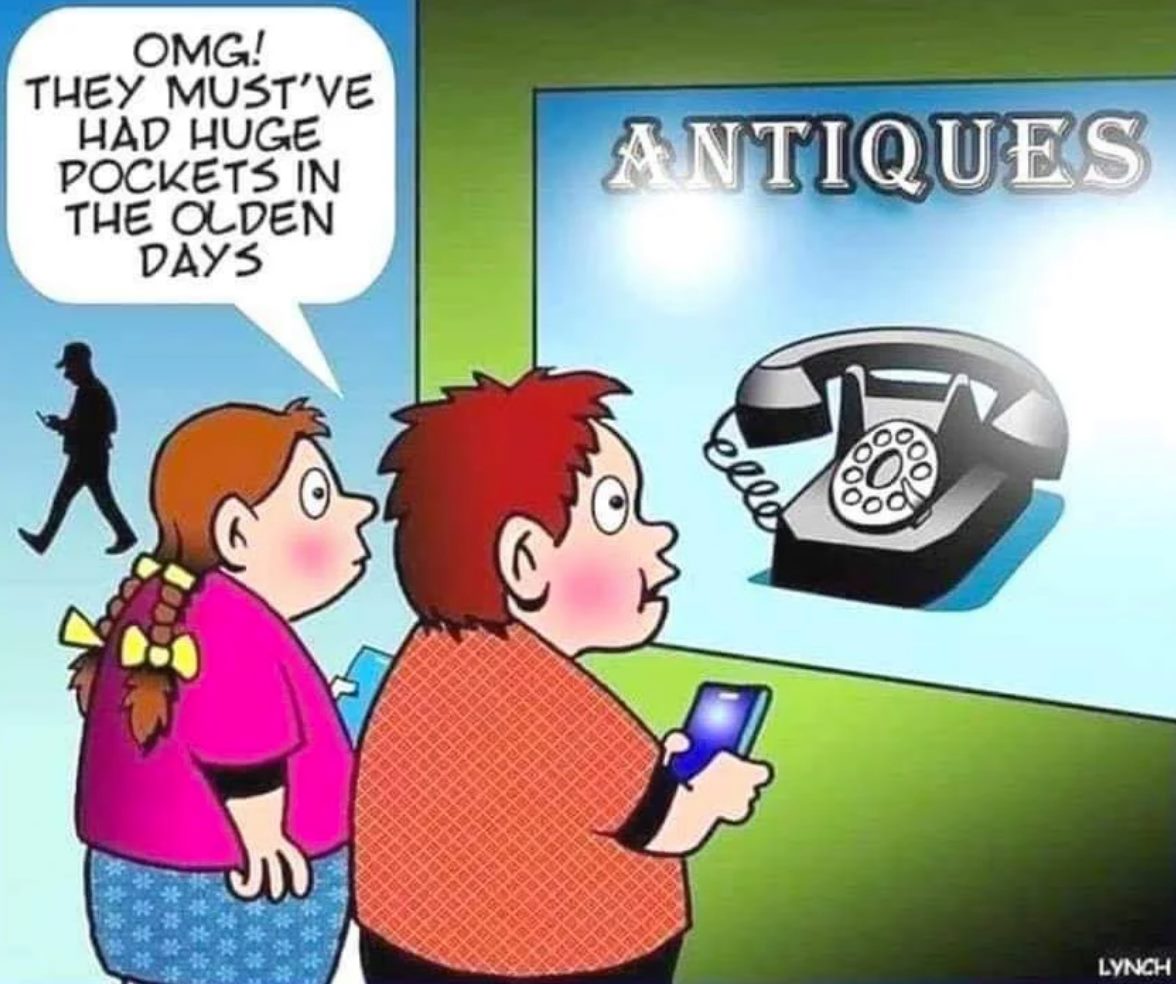 Robin saw the phone and had this smart remark!

Sad news, my Aunt Helen passed a few days ago, and Colleen sent me the obit as she is friends with Aunt Helen’s granddaughter. 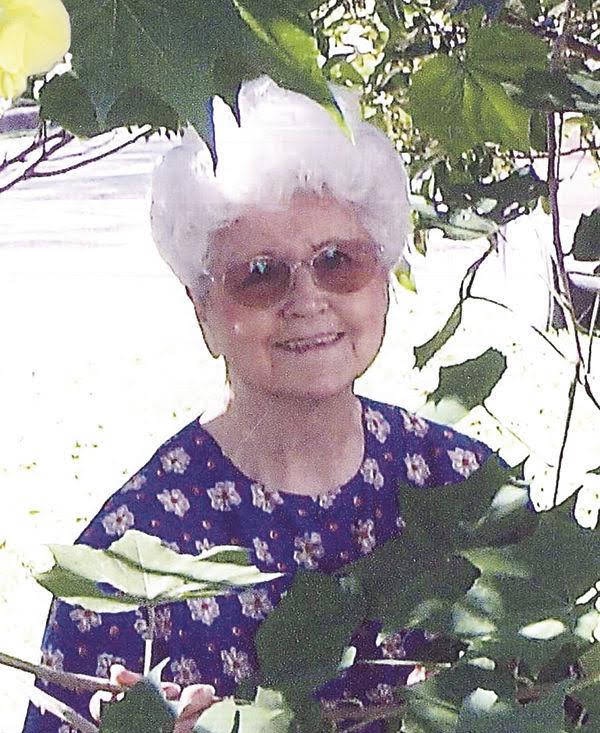 She was 95, so she had a good run. I remember her as being very sweet, and I know she and Sue talked quite a bit.

Robin and I walked our two miles before ordering lunch from our favorite Mexican restaurant, the Yucatan Grill in Seal Beach. 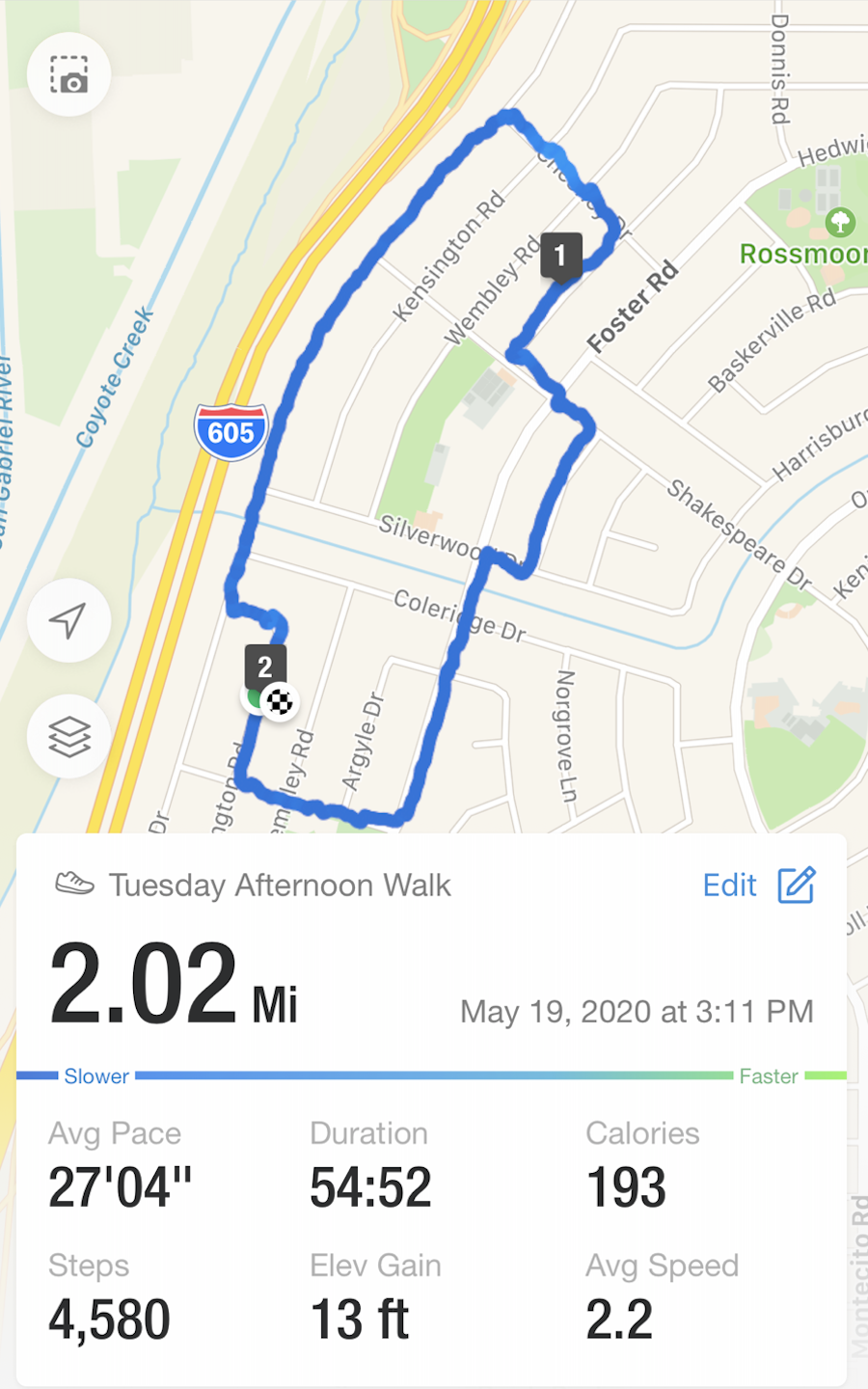 This jaunt plus this morning’s walks put me a little over 8,000 steps for the day! Not too bad,

I can’t ever pass up a pretty rose! Out with the trusty iPhone! 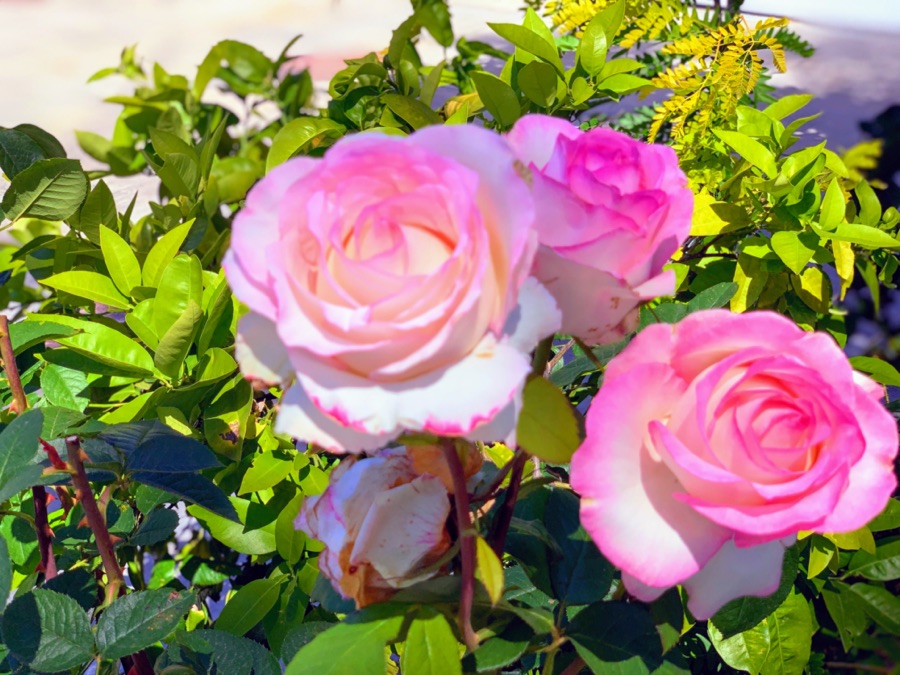 The roses were out in full bloom; we love Springtime!

We decided to dine in the patio so we could have our margaritas, which the public park disapprove of for some strange reason! 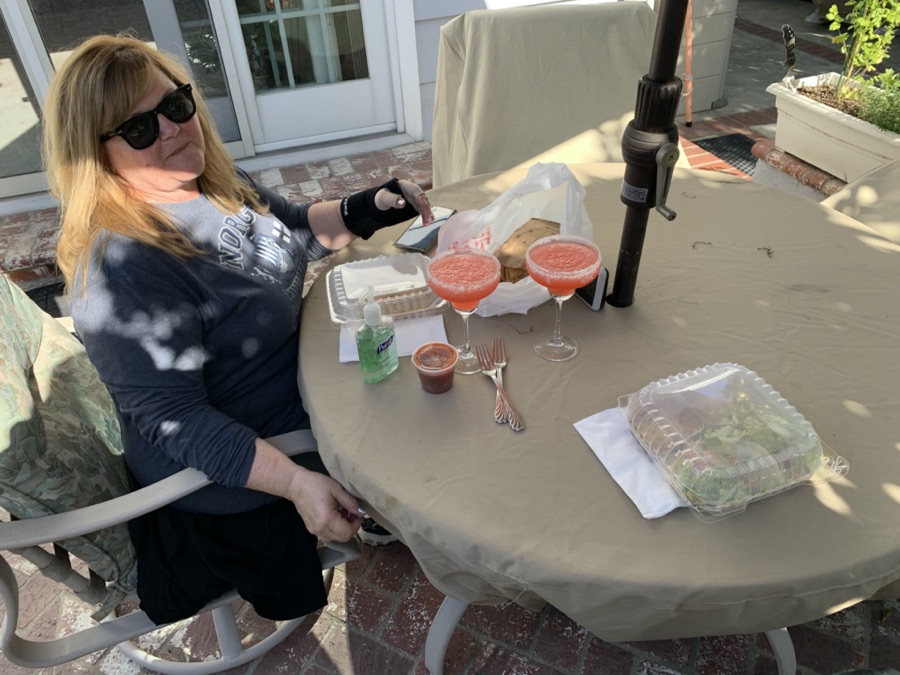 After the walk, we were hungry! 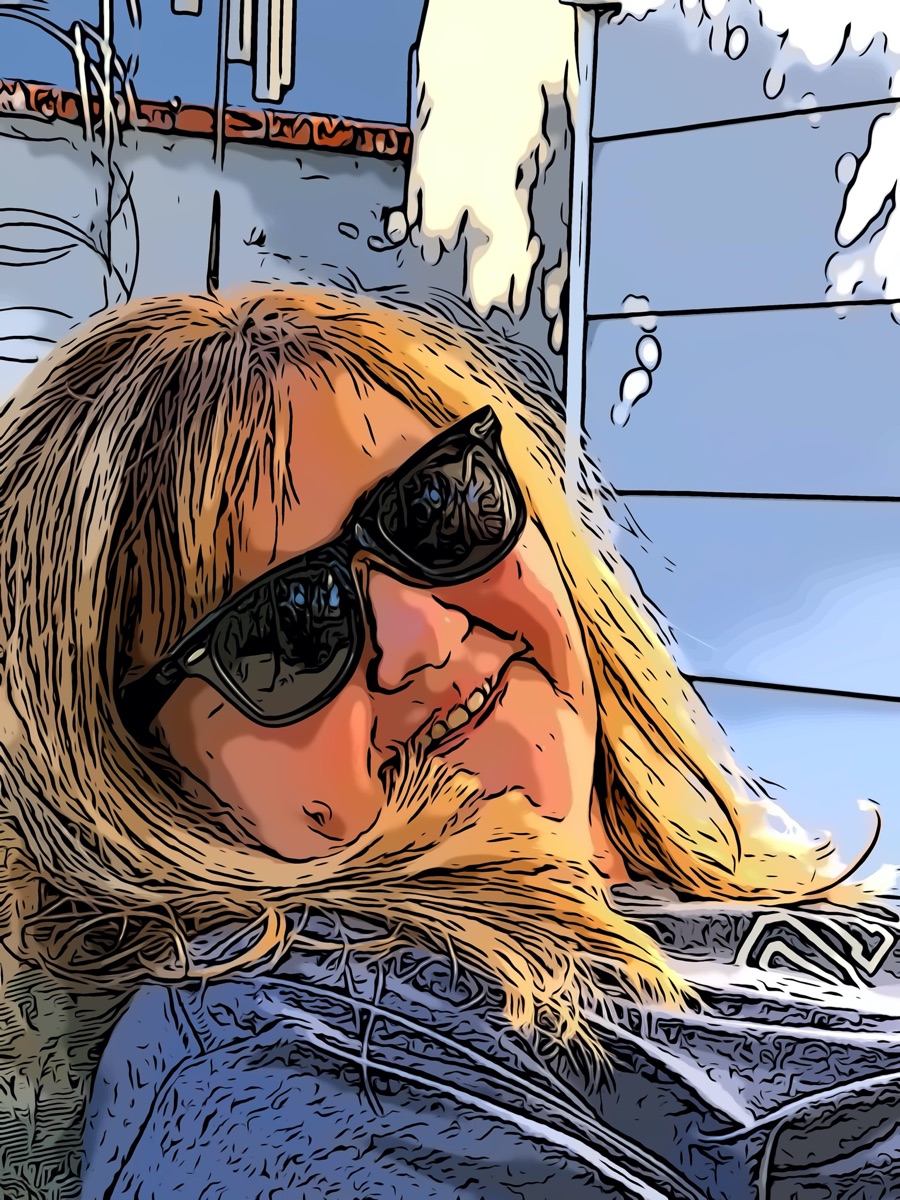 Robin, after a little help from my Photoshop talents (I am about to sign up for a class in Photoshop at the local college!)

The bread was about to come out of the Dutch oven, and it smelled wonderful. I topped the bread off with some cheese during the last 20 minutes and it melted into the crust nicely! 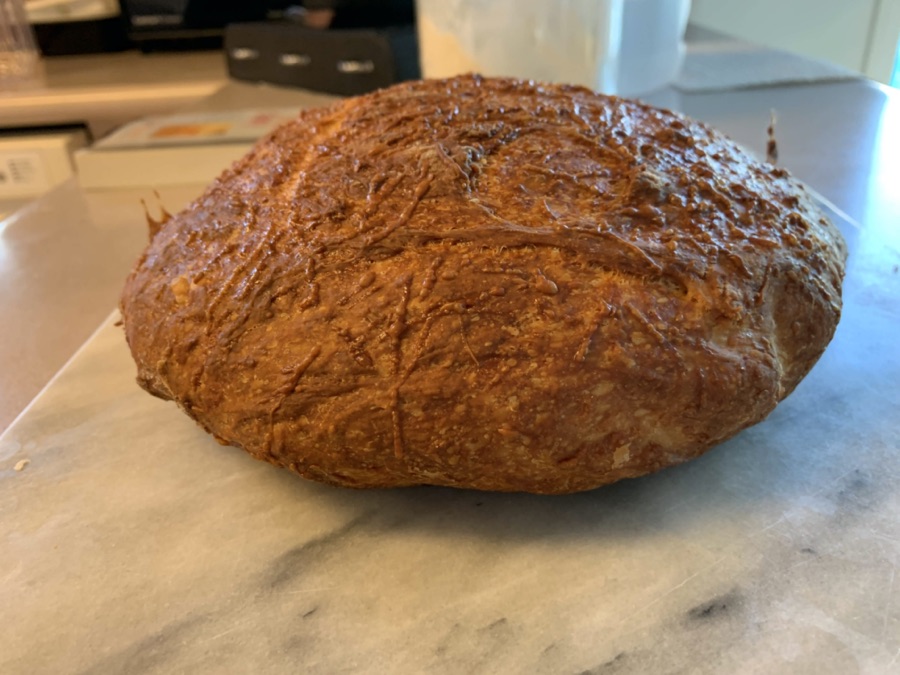 I left it in an extra ten minutes as I wanted a nice hard crust.

Now, we get down to serious business, selecting the movie.  Robin and Joe decided it ought to be Rio Bravo because it has Ricky Nelson in it.  It sounded good to me! 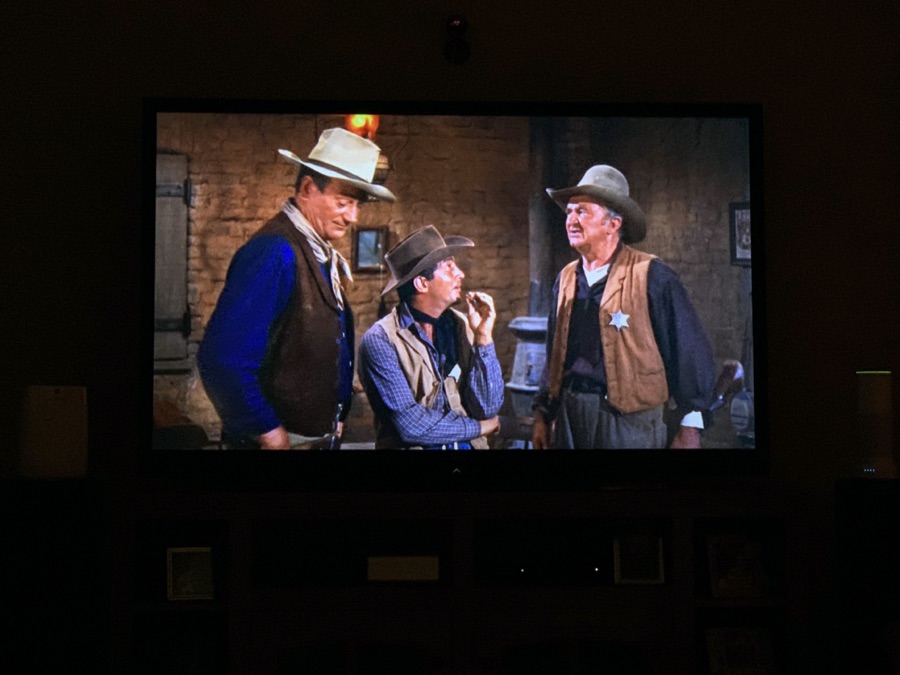 We enjoyed the movie and half-way through, we stopped and filled ourselves with bread and butter!

We stayed up a little longer and watched one episode of “Being Erica” and finally, Robin crashed at 10:00 PM.  I worked on this diary for about forty-five minutes before hitting the sack.  Good night all!

Just a thought for the evening:

Just an old retired guy trying to finish out my last years on this planet loving my best friend and wife, having fun, learning, and passing on helpful things to others.
View all posts by Paul →
This entry was posted in Cooking, Family, Walking, Working Around House. Bookmark the permalink.