You cannot stop the birds of sorrow from flying over your head, but you can stop them nesting in your hair. – Eva Ibbotson

Sue loved to Golf with a passion.  I signed up for Golf because of Sue but never got the hang of it.  She loved being outside on the course, especially during the spring, as the ducks had their babies in tow.  Below, Sue is feeding the babies, and Sue always used vitamin-fortified premium waterfowl food from the local livery.  No bread used here!  The parents just seemed to trust Sue and allowed her to walk right up to the brood.  She loved all animals.  She was severely missed today as James, Sue, and I played several times a week for many years played before her health took a turn for the worse.  I am getting back to Golf partially as a tribute to Sue and partly because it forces me to walk between three and five miles in beautiful surroundings a couple of times a week. I miss you my dear every single day! 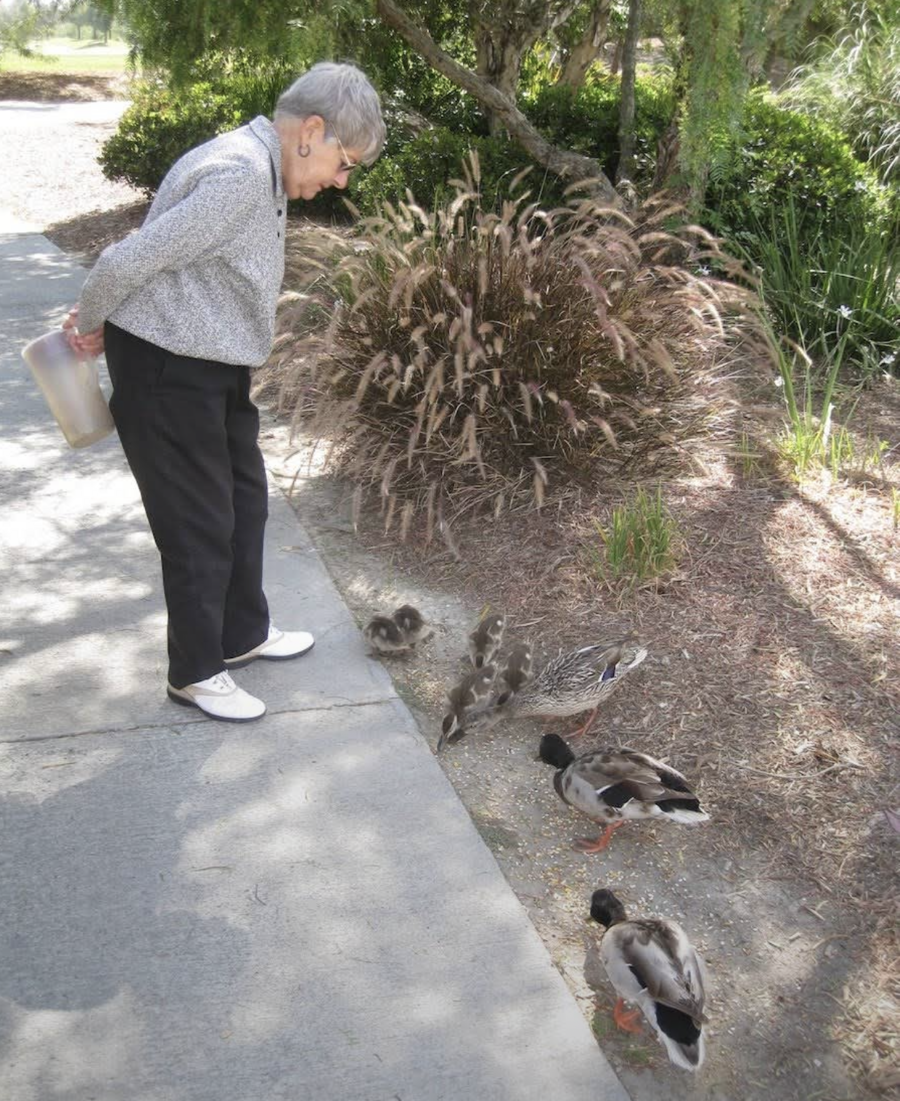 Sue and Golf were a powerful combination!

Out of bed and to the phone, I needed a tee time!  I got 2:40 PM for two.  I promised Domilita, my house cleaner, that I would make her jalapeno and cheese bread, so I was in the kitchen drinking coffee and making bread bright and early at 6:30 AM.

Since Robin was here, and I needed to let the dough rise, we did a walk first thing.  We headed south today, just to be different. The weather was fantastic. We walk together pretty well, admiring all the yards and amazing displays of Mother Natures efforts. 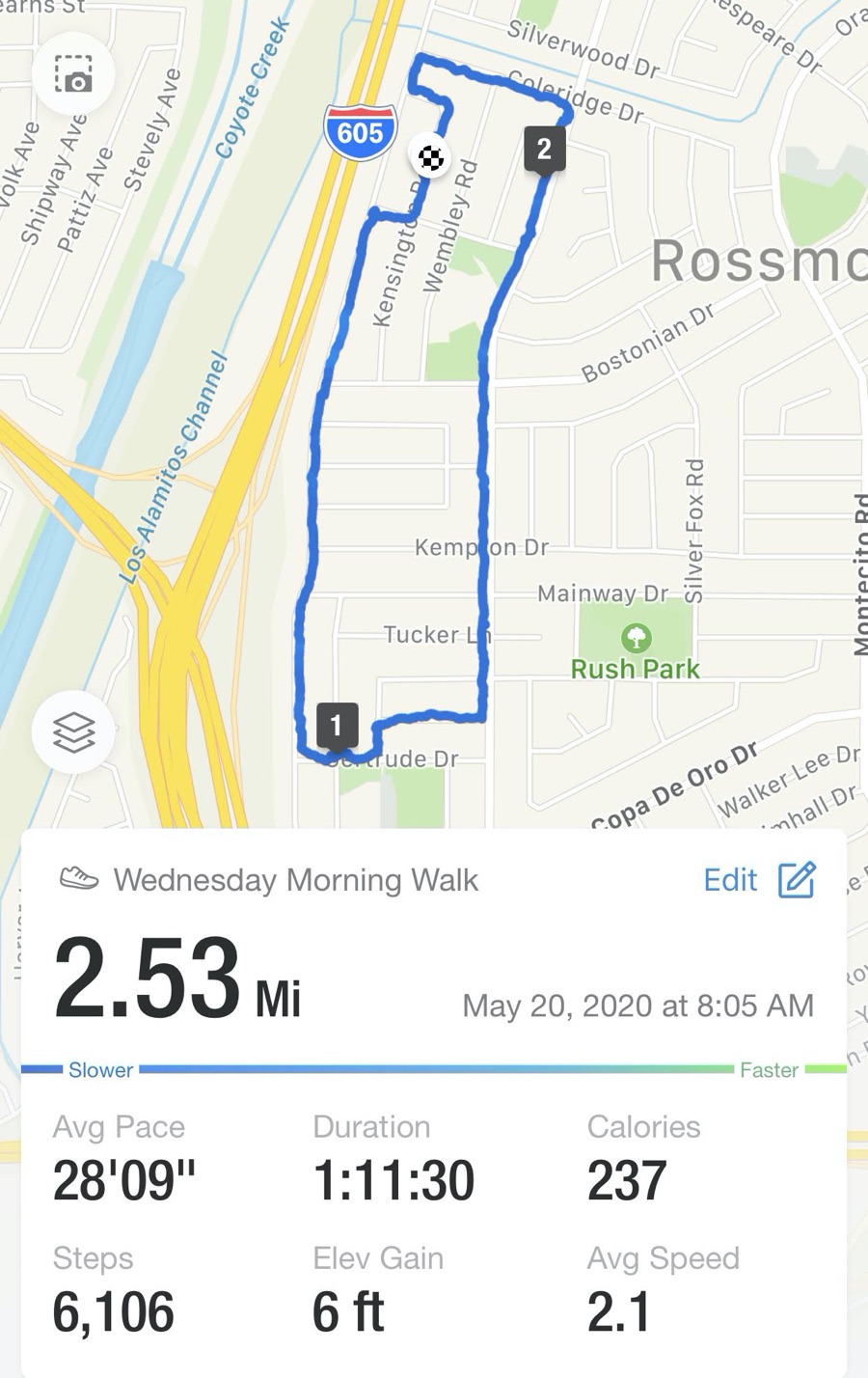 Almost three miles this morning, we were strutting along!

The flowers were beautiful this morning, having been recently washed off by the rain! Almost every house had a brilliant display of some kind of flower in their front yard. 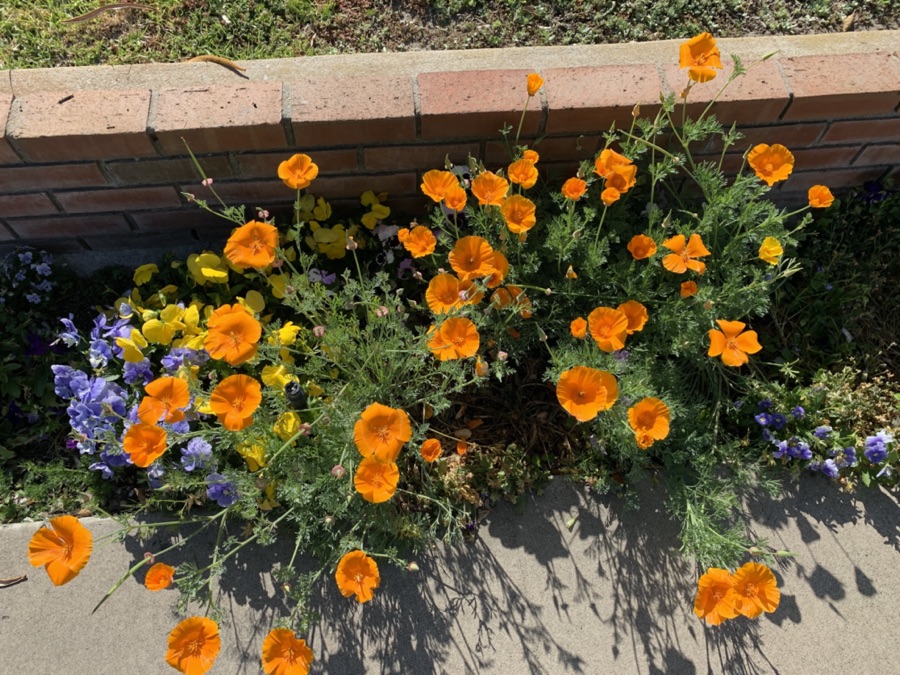 Poppies are in bloom!

Did You Know? In the spring of 1915, shortly after losing a friend in Ypres, a Canadian doctor, Lieutenant Colonel John McCrae, was inspired by the sight of poppies growing in battle-scarred fields to write a now-famous poem called ‘In Flanders Fields.’ After the First World War, the poppy was adopted as a symbol of Remembrance.

Returning home, I stopped at the avocado plant in my front yard and, we have avocados.  Now I just need to make sure the passers-by don’t pick them all, but I have a few months to figure that issue out!  They are babies right now, and they appear to be healthy, meaning we could have 40-50 avocados this year! 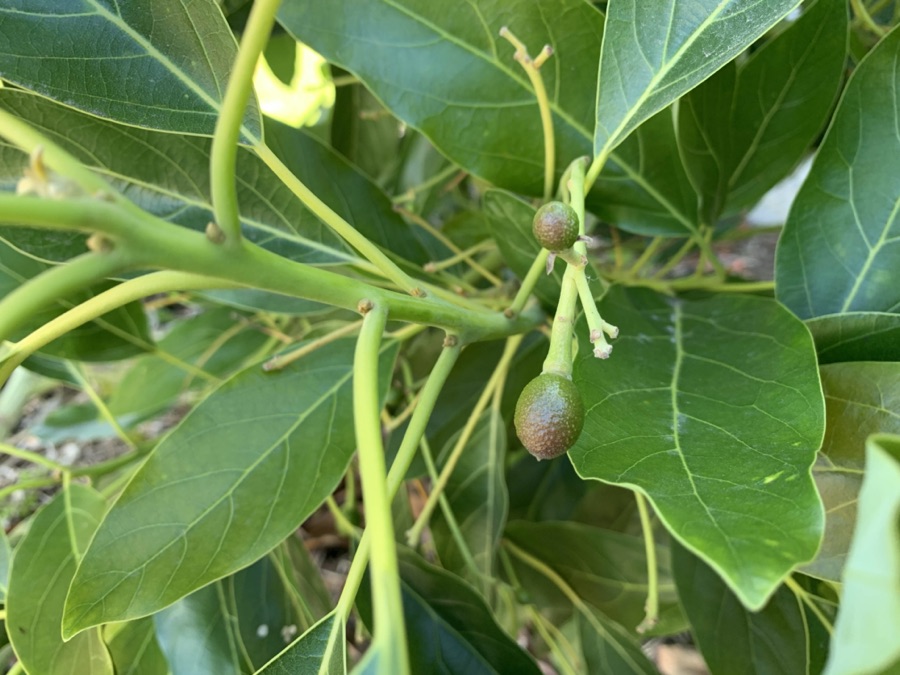 They are just babies!

Oh, dear, the hunger pains were becoming overwhelming. We decided to go to Subway today and get brunch.  I did the 1/2 veggie sandwich, which I enjoy.  I knew the waitress, and she asked how I was getting along these days.  We talked for a few minutes, and she took my number and is going to call when she brings in some of her spicy Mexican food. Tasty food is always good. 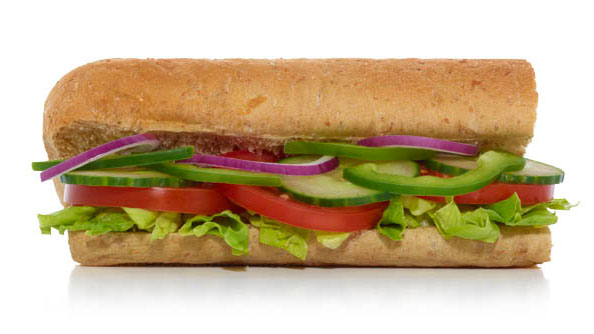 An outstanding meal and low on calories also!

The sandwich is only 230 Calories, which takes almost an hour of walking to burn off.  So, this morning walk was negated by lunch, but I don’t care, it was still good!  When they ask what I want in the sandwich, I always respond with “The kitchen sink with extra jalapenos, please.”

We dined on the patio and downed a diet-coke with our meal.  The sun was warm, and the birds were busy chirping away!  Another month and Summer will arrive so we are going to enjoy the late-Spring day.  Robin is planning a longer walk; we are going to walk to the beach soon and probably get a Uber-ride back home as it is roughly five miles.

We talked about Robin going back to work and decided this cartoon was just about spot-on! 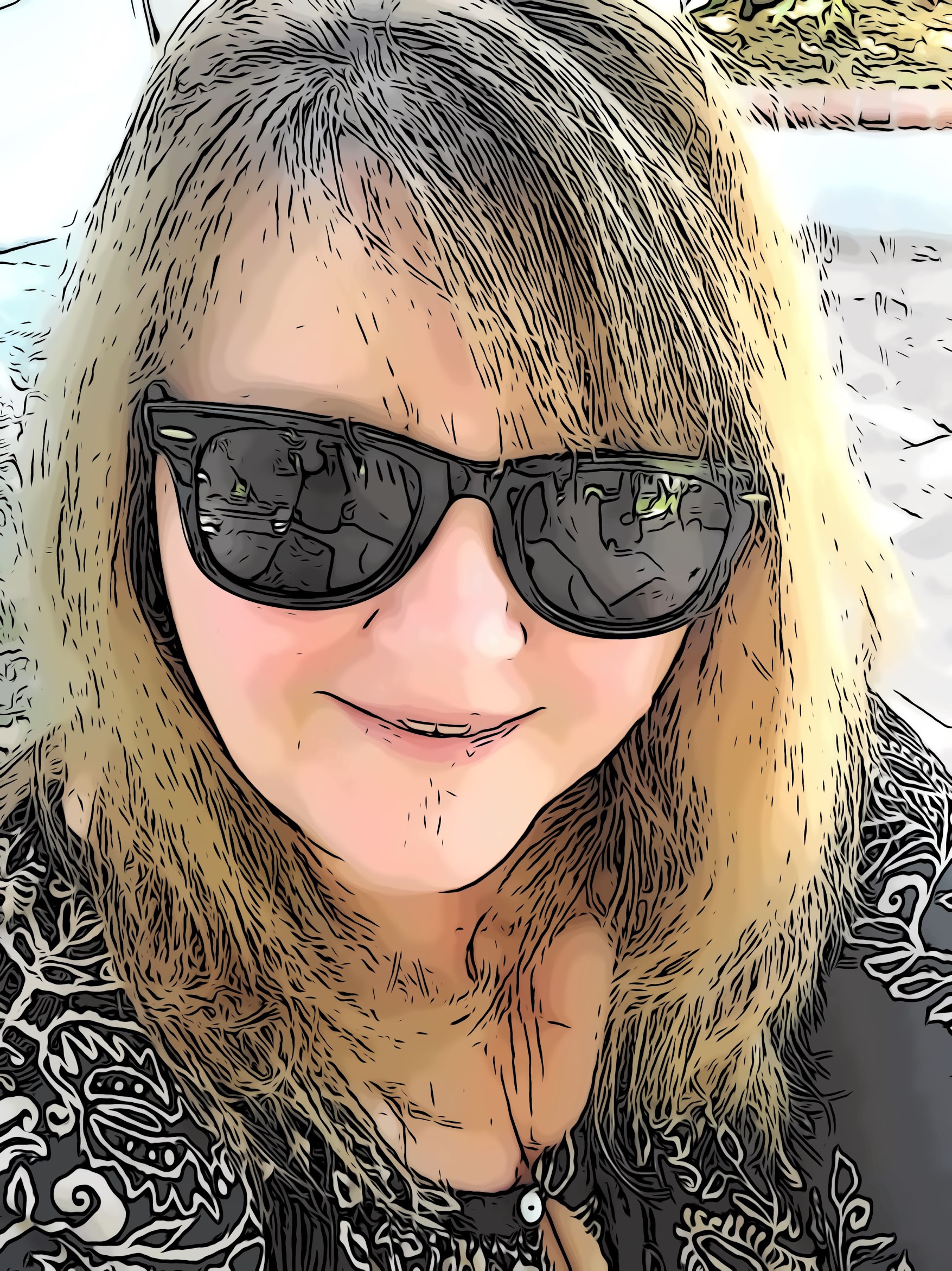 While eating, I awaited the alarm to go off, indicating the bread was done.  The alarm sounded, which, by the way, is the sound of a diving submarine. After removing the results of my labor from the Dutch oven and letting it stand for twenty minutes, I called for a staff meeting.  We gathered around the loaf with anticipation as I cut into the bread with a serrated bread knife using my newly learned sounds of a Samurai warrior.

The four of us tasted the “just-out-of-the-oven” cheese and jalapeno bread.  It was still hot, and the crust was fantastic.  Domilita and her assistant cut the loaf in half and took it home in plastic bags. 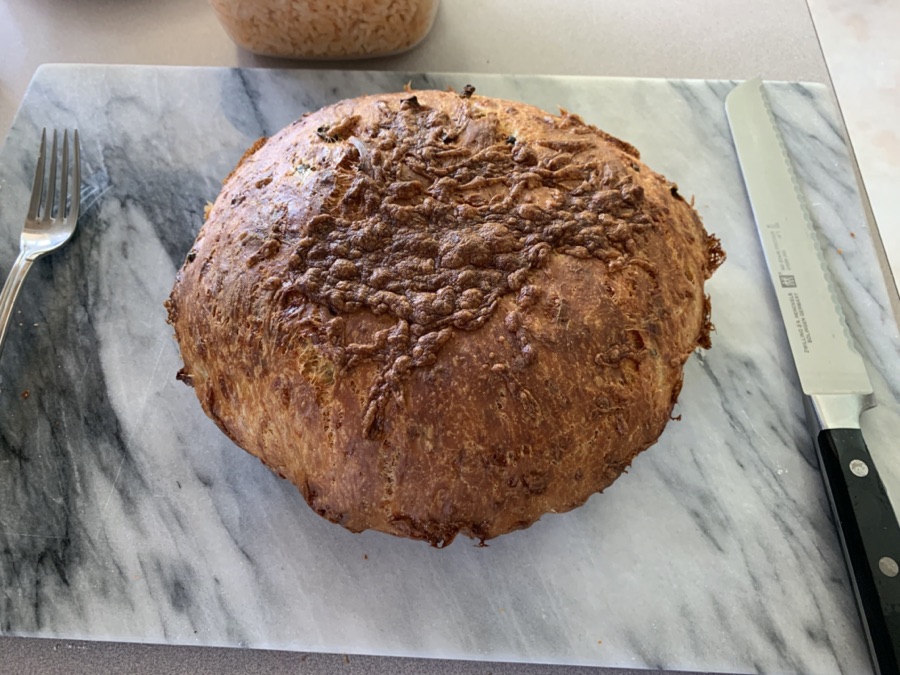 It was delicious, but next time, I am adding twice as many jalapenos to the dough! Maybe even pepper-jack cheese!

I mentioned I went to Costco yesterday, and Robin wanted to visit them. We went there after our lunch, but I was amazed, the line to get into the store was around the building.  Yesterday, at the same time, I parked and walked right into the store, so I can’t figure out what happened.  Robin bailed out soon after we returned from the aborted attempt to go to Costco.

Now it is time for Golf.  I met James at 2:45 PM, and we hit the links.  I in my kerchief and he in his stocking cap, oops, that’s for Christmas time. I played reasonably well, shooting about average.  The fairway was missed only twice today, and I chalked that up to an unexpected gust of wind! 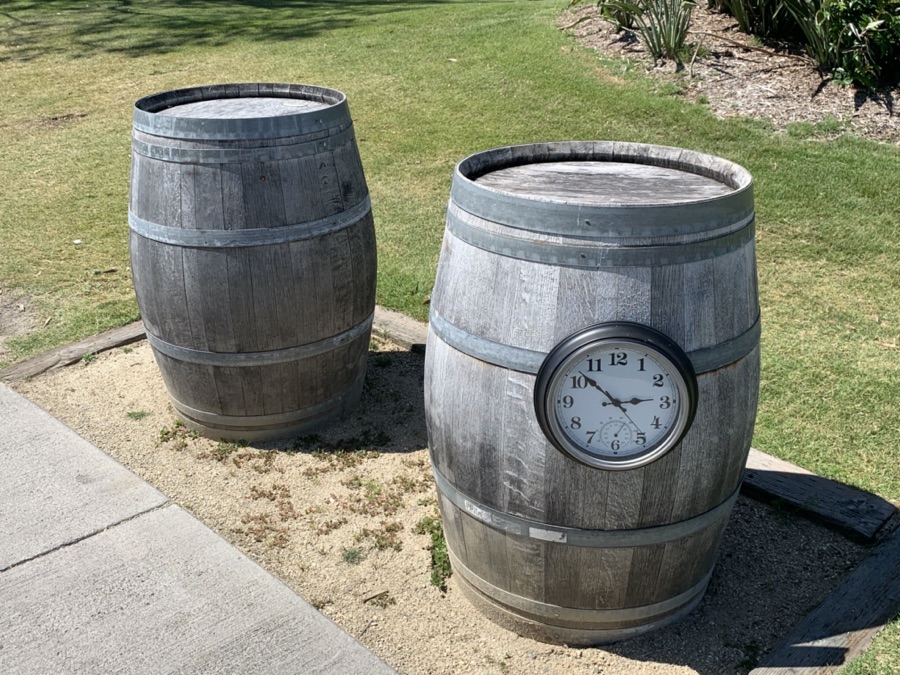 They putt us out at ten-minute intervals instead of seven minutes intervals, so we do not get close to others and catch the virus (hogwash, we are outside, but leave it to the government). Almost another three miles today, so that is good.  At this rate, I may have to send my shoes in for a retread! My plans call for another game tomorrow in the afternoon with Bob Z and Chuck! 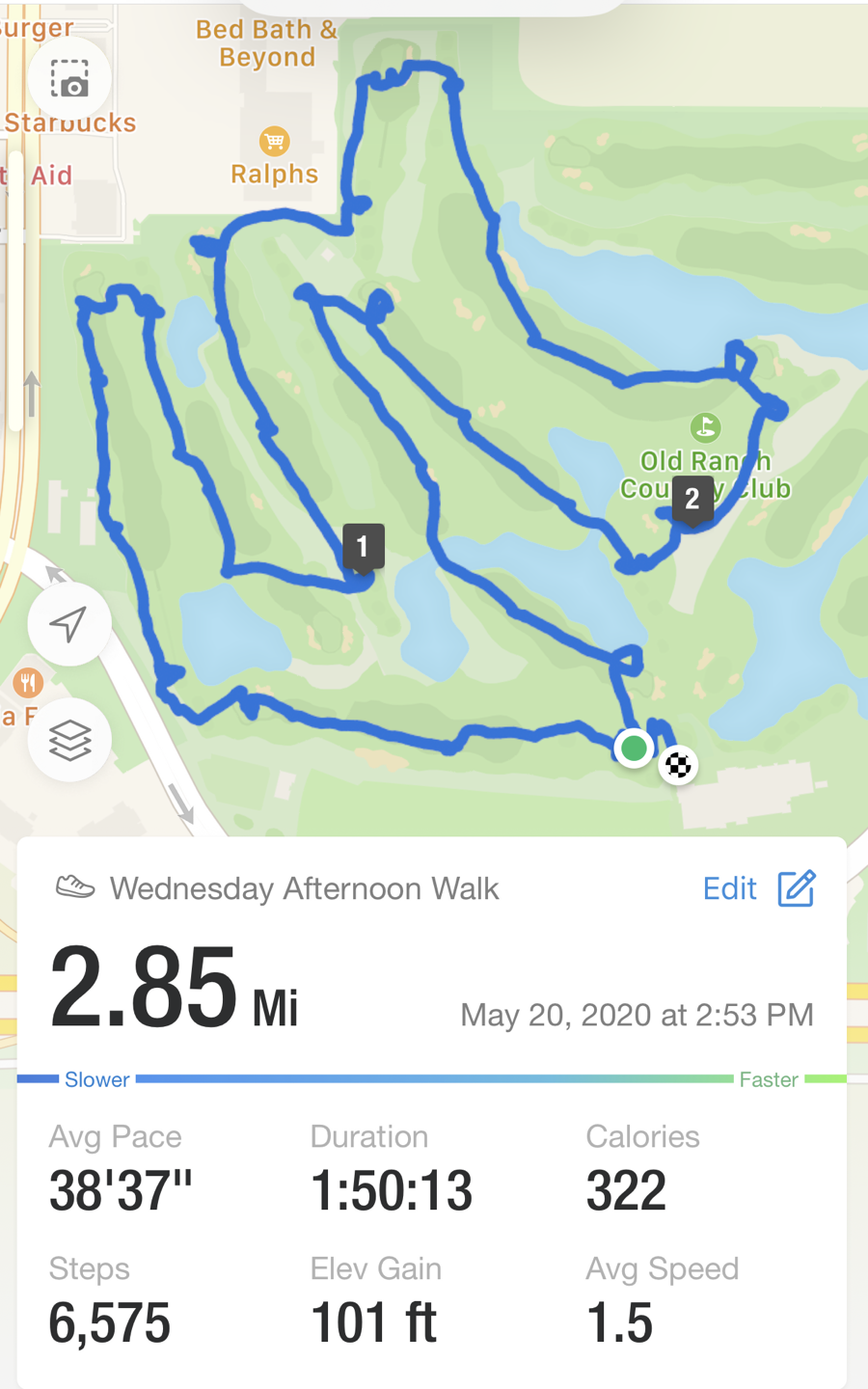 Another three miles completed today, giving me a total of slightly over 16,000 steps!

Since it was getting late on the east coast, I called Colleen, and we talked for quite a while catching up on things.  We haven’t spoken since this morning! Mark joined in, and that is always a hoot! 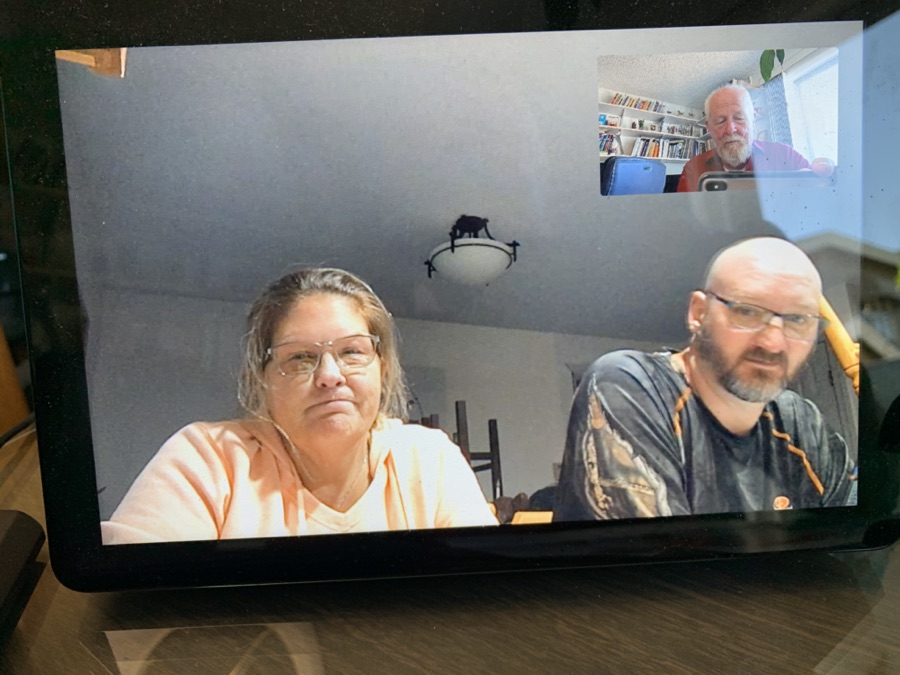 They were about to head for the sack when I called.

I decided to watch the news on Fox when I get home, so I watched Hannity for about 45 minutes.  I then headed to the computer room and worked on the daily diary and look at Facebook to see who has posted.  I thought about the “fact-checkers” on Facebook and found this picture to be spot-on! 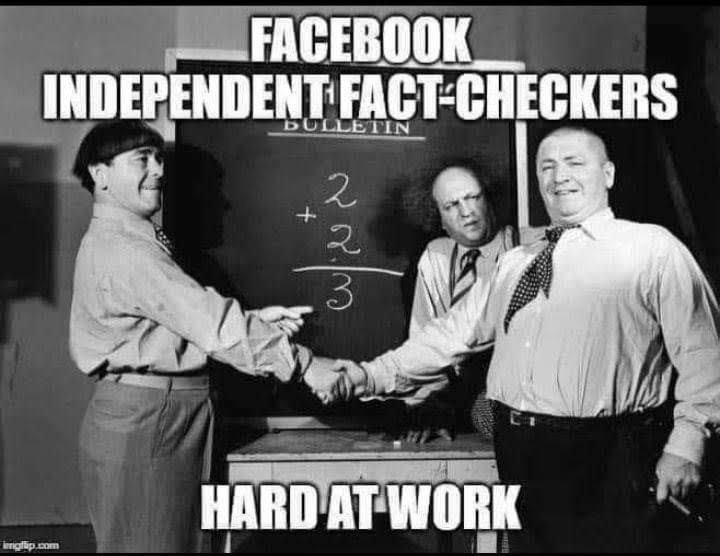 Lee called, and we chatted for about 40 minutes. She fell today, and we talked about each of us getting one of those wear around your neck alarms in case we need help as we are both alone at home.  It might make sense.  If all goes well, I may pop down to Lake Elsinore Sunday and visit her and share a glass of wine.

I introduced Lee to “Being Erica” on Sunday, and she finished all four seasons since her fall on Monday.  She has my curiosity up as she said. “it gets a little risque along about season three.”  Now, I have to binge watch it before Sunday, I guess.

Good night all and for those of you still worried about the virus, here is an observation!

Just an old retired guy trying to finish out my last years on this planet loving my best friend and wife, having fun, learning, and passing on helpful things to others.
View all posts by Paul →
This entry was posted in Family, Friends, Walking. Bookmark the permalink.