Oh, What To Do Today?

“When God says you’re ready, it does not matter where you are in life.” – Carlos Wallace

Seven hours of sleep felt so good.  Was it the G&T’s at the Elks or the red-light suggestion from our light-bulb company.  It doesn’t matter; I got some sleep. It’s 6:30 AM and time to get up!

The girls called me within an hour of each other.  First Colleen, and that’s where I get my laughs.  She and Mark are a beautiful couple.  They lighten up my morning!  Then Lisa called because they were planning to come up and stay with me, but we decided because of all the goings-on, they ought to remain in San Diego.  Then Robin called, and we just chattered about life in general.  She calms the waters.  I got an email from Michele, but she has her hands full with her birth mother.  Joe called a little later in the day!  I love my kids; I do!

We used to go to formal dances all the time and enjoyed them.  New tuxedo’s and new gowns, yeah!  What the heck am I going to do with five tuxedos?  Donna is going to inherit Sue’s gowns as they are the same size and liked similar styles.  Below is Sue and me on the Queen Mary at the Art Deco Ball a few years back. We are in the Observation Bar observing! 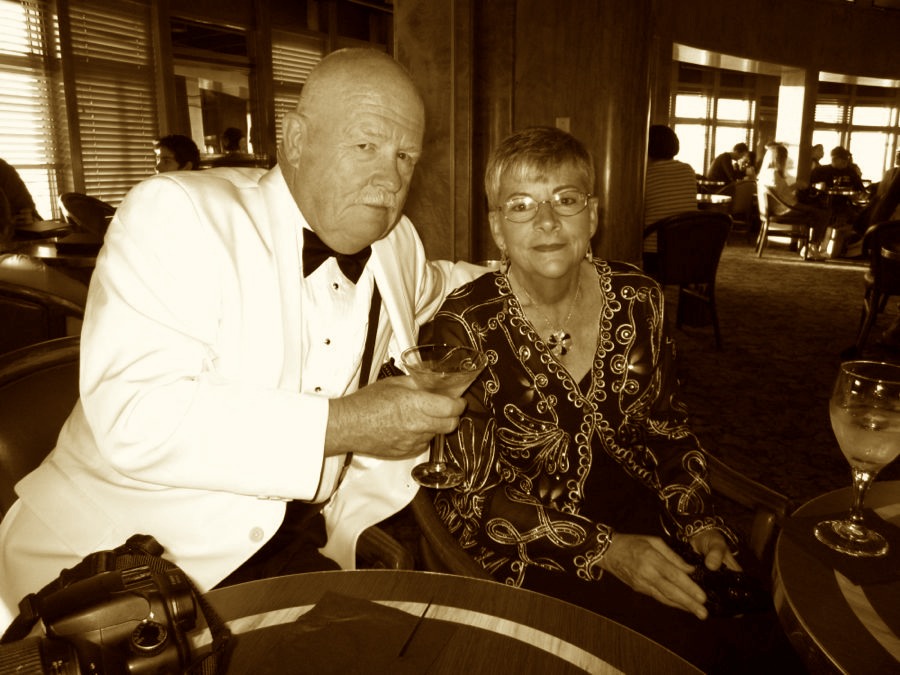 I tore down some plastic/fiberglass lath a few months ago and two weeks ago put it out front, hoping someone would take it.  The plastic was in great shape.  Well, after two weeks of no takers, me and ol’ trusty Makita cordless saber-saw cut them into small pieces.

After that episode, I went in and cooked myself a big steak, which will keep me filled for the rest of the day!  I plan to stay in my jeans and the black sweatshirt so I will not be going anywhere this evening.  I turned down a surprise birthday party as I was not in the partying mood.

I cannot sit still, so I got into the office and went through every drawer and tossed out stuff like there was no tomorrow.  It felt good.  The last of the CD’s went bye-bye.  Reminded me when I threw out the last of the 8-track tapes and the last of the 78 records.

The Silver Ghost was hungry, so I took him up to the 76 station to get his tummy full.  He is happy now.  I thought to myself, why not go to the market and see if it has recovered.  It was a little better; the crazies are gone.  I got two more steaks, some chicken and beef broth, some tomato paste, and some blue cheese.  I am still on the prowl for cabbage which I need by Thursday.

Tonight I cooked up Blue Cheese Stuffed Chicken Breasts and had it with some salad I got yesterday.  No receipts today, I just followed a YouTube video I saw a few days pack form memory. 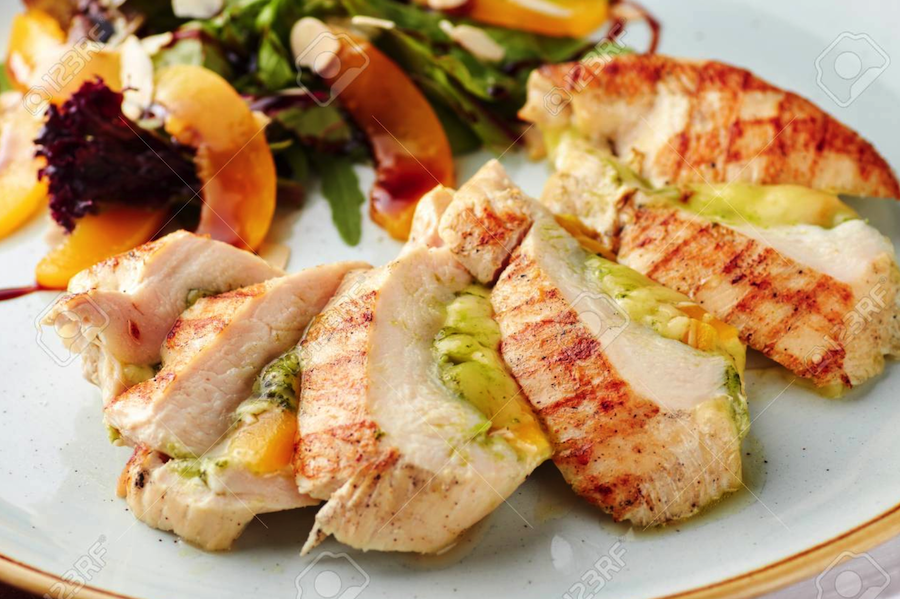 The blue cheese was amazing and I mixed in a bit of cooked asparagus (hence the green)!

Who needs to go out to eat when the home-cooked food is superb, and it feels like being home.  Oops, I am at home!

Later in the evening, I began to watch a new series, well, at least new to me, called “Salvation”.  So far it is pretty good.  However, I find myself looking to my right every few minutes expecting to see Sue watching TV with me.  It’s going to be a habit not easy to break after so many years. 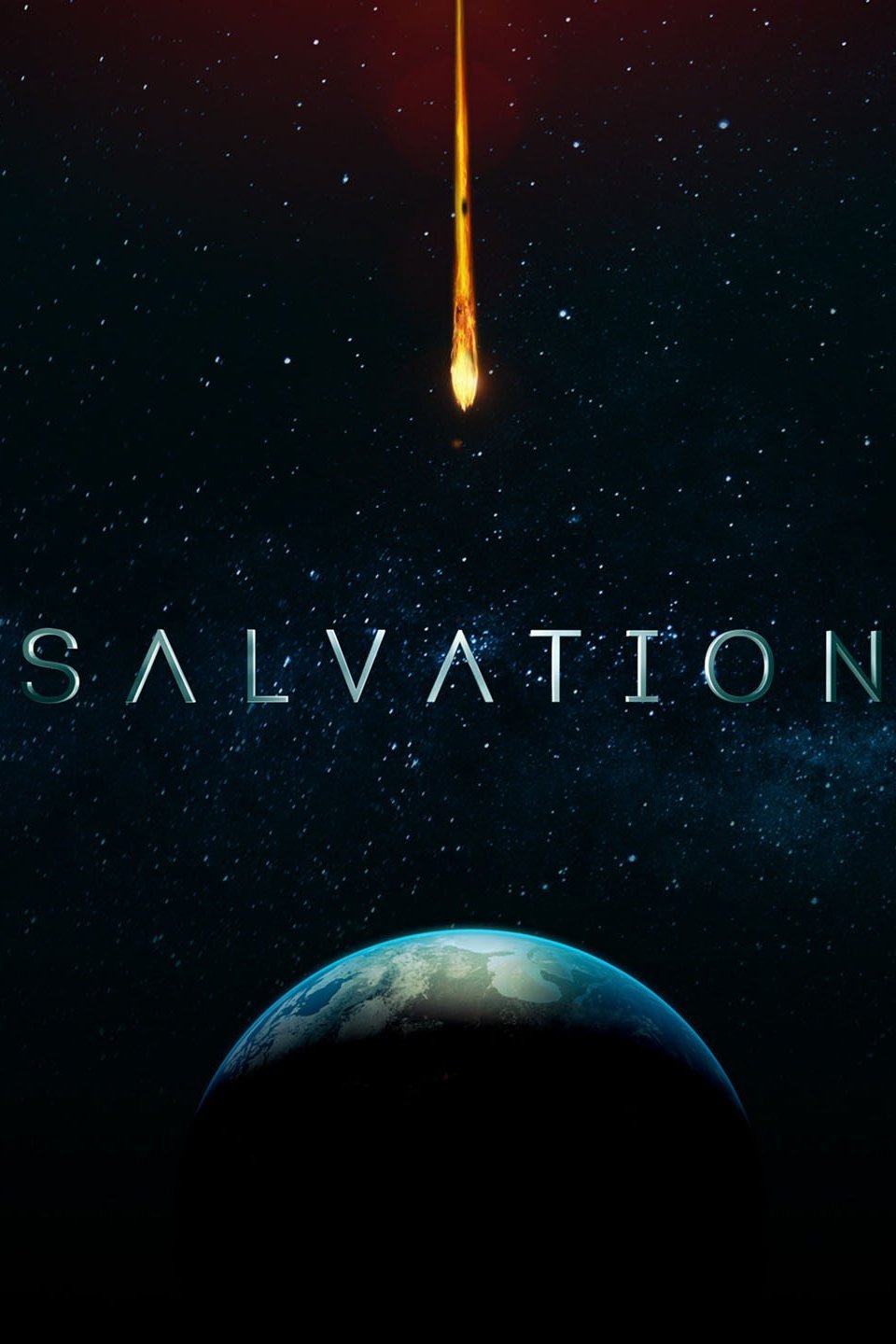 Did You Know: When it is discovered that an enormous asteroid is just six months away from colliding with Earth, MIT grad student Liam Cole and tech billionaire Darius Tanz team up to save humanity from this impending apocalypse — without ever alerting the public. As part of the project, Darius recruits an aspiring sci-fi writer, Jillian, to work on a theoretical approach to saving humanity. While they try to save the world their way, the government has its own approach, with Deputy Secretary of Defense Harris Edwards spearheading the top-secret plan to deflect the asteroid.

Finally, it was time to call it a day and I didn’t even go check on the computer!  In bed by 10:30 PM and no more TV.  On went the red light, one went CoastToCoastAM, and down came the eyelids.

2:30 AM and I heard something, it was rain!  The hard rain was somehow soothing so I  left the door slightly ajar.  Back to sleep until 6:30 AM!

Just an old retired guy trying to finish out my last years on this planet loving my best friend and wife, having fun, learning, and passing on helpful things to others.
View all posts by Paul →
This entry was posted in Uncategorized. Bookmark the permalink.
Powered by Maribol IMDB Plugin