Sunday, The Loneliness Day Of The Week (So Far)

Loneliness is the ultimate poverty.

It was 6:43 AM when my eyes popped open this morning.  Somehow I thought of the Senior’s Prom, an event Sue and I went to for years and years. Wow, she could dance all evening long, leaving me huffing and puffing. 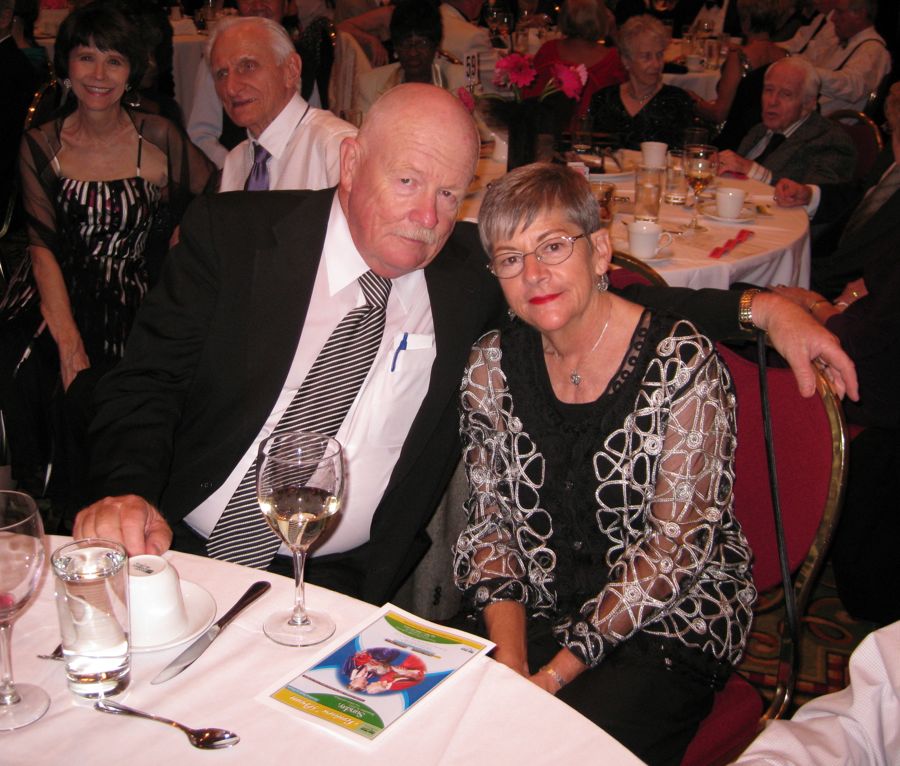 Seniors Prom at the Irvine Marriot Hotel 2011, we did not go this year for the first time in 20 years.

I beat the Sun by eighteen minutes! Dang, I should have gone out on the back wall and crowed like the neighborhood rooster.  I would have probably got shot!

Eyes not quite opened, I felt my way down the hallway and barely made it to the kitchen. Turing on the new coffee maker and hearing it come to life got the heart started; this was a good thing.

I decided to go back to my old routine, and therefore I hit the shower. Knowing the house was 67 degrees, I threw my bathrobe in the dryer and set it on high. Good shower, a delightfully warm bathrobe, life is good.  I danced around the bathroom singing “I Feel Pretty” from West Side Story.

Geez, I forgot to mention, I slipped on to the scale, and I am just over 209 pounds this morning—ten pounds in three weeks.  At least the damn scale is not saying,” One at a time please” like it used to! I can see under two-hundred by April! Yeah!

Today, since I will be alone as part of the virus control suggestions, I decided to accent the dining room wall with yellow paint. I removed all the pictures, which were mostly of wine-related topics. They are going to live in a less conspicuous location as they bring me no happiness at this point in my life. 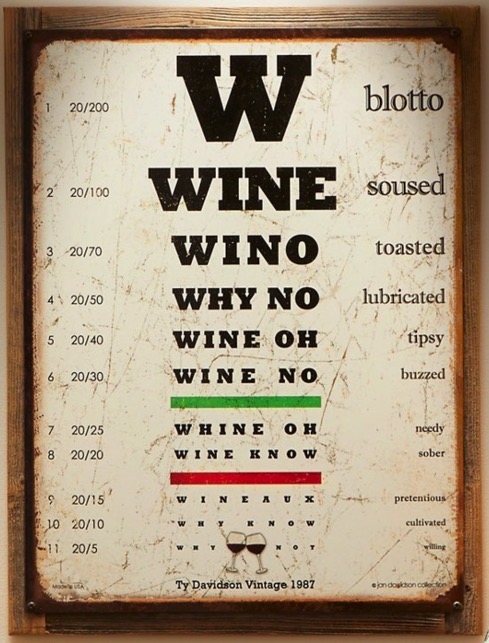 We have quite a collection of “clever signs.”

Off to Lowe’s the Silver Ghost, and I sped. We plopped down the paint sample and asked for a gallon! Then it was off to get brushes, rollers, patching plaster, drop cloth, and other necessities. The paint-lady was quite helpful.

While I was out, I dropped by Ralph’s and did not even get out of the car. There was a line! To crazies are back. Guess they needed more toilet paper, duh!

I crossed the street and went into Sprouts Market, where I got everything I needed. Salmon, cabbage, tomatoes, potatoes, celery, baby spinach, and dressing. Good going, Sprout’s!

Returning home, I whipped up lunch made of chicken sausage with spinach ricotta ravioli. Damn, that was good! No need for food for the rest of the day!  I may have a drink a little later, perhaps some purple gin?  I did have a glass of Sue’s champagne, alcohol-free, and it was pretty good!

OK, armed with a gallon of paint, I began.  It took only about twenty minutes to do one wall, and that’s all I wanted to do, just an accent.  It seems bright, but it will settle down when I put pictures on it. 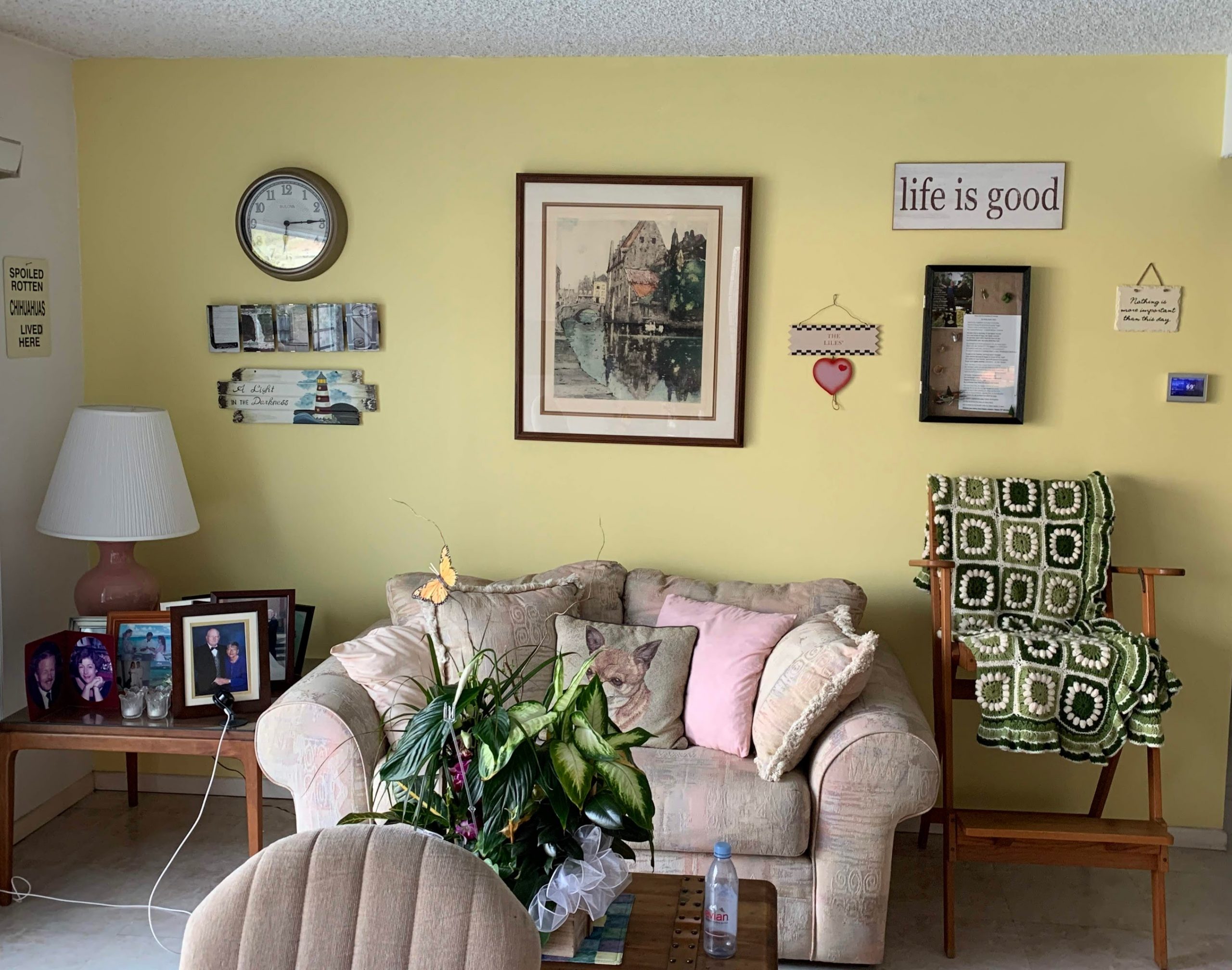 Not too bad for an hour’s work!

While it was drying, I watched another episode of  “Salvation.”  I am at season one, episode six already.  Now I am getting to know the characters!

Colleen, Joe, Lisa, and Colleen called this evening just to make sure I was OK and see if I needed any foodstuffs.  I took inventory and I am good for at least a month or more.

OK, it is done!  Looks pretty good considering I have no eye for colors!  Robin and Colleen approved from the pictures I sent them so it’s probably acceptable! Tomorrow, perhaps a different wall and a different color?  We shall see. Looks like rain is in the forecast! 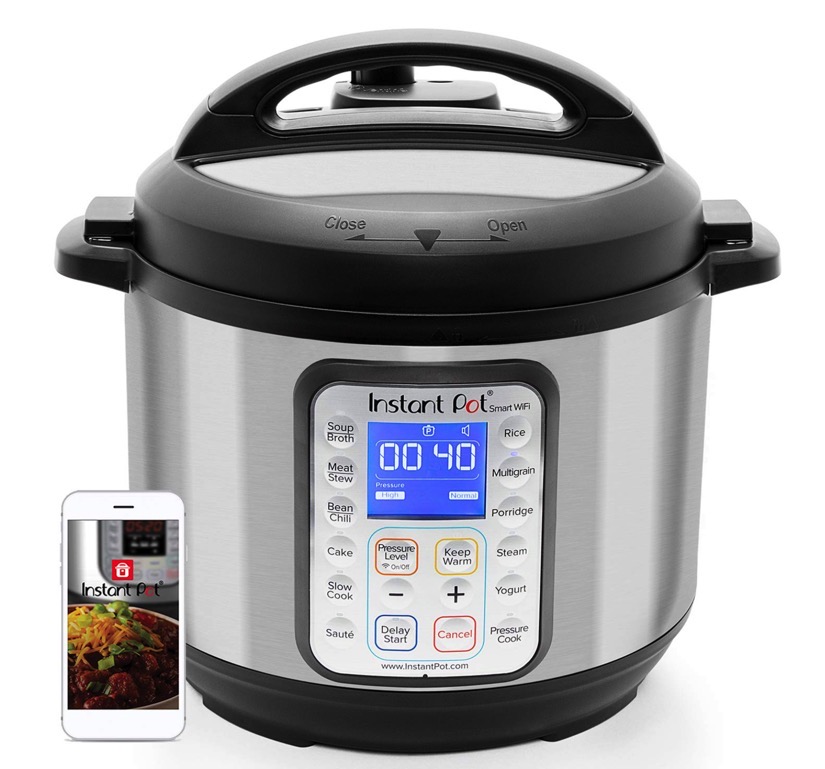 Tomorrow is the dry run of the InstantPot using a simple recipe for pot roast.

Crash time was 10:30 PM but I did watch a little bit of TV before turning on the red light!

Just an old retired guy trying to finish out my last years on this planet. I lost my best friend and wife in early 2020. I am involved seriously with a long-time friend, Mary, and life goes on.
View all posts by Paul →
This entry was posted in Cooking, Gardening. Bookmark the permalink.
Powered by Maribol IMDB Plugin