“Stab the body and it heals, but injure the heart and the wound lasts a lifetime.”

The rain came hard and heavy for a couple of hours and then it stopped.  The sky was threatening but no moisture.

We enjoyed time with the kids and grandkids having many adventures.  One special adventure was apple picking.  When we were done, Due would make homemade apple sauce!  Delicious!! 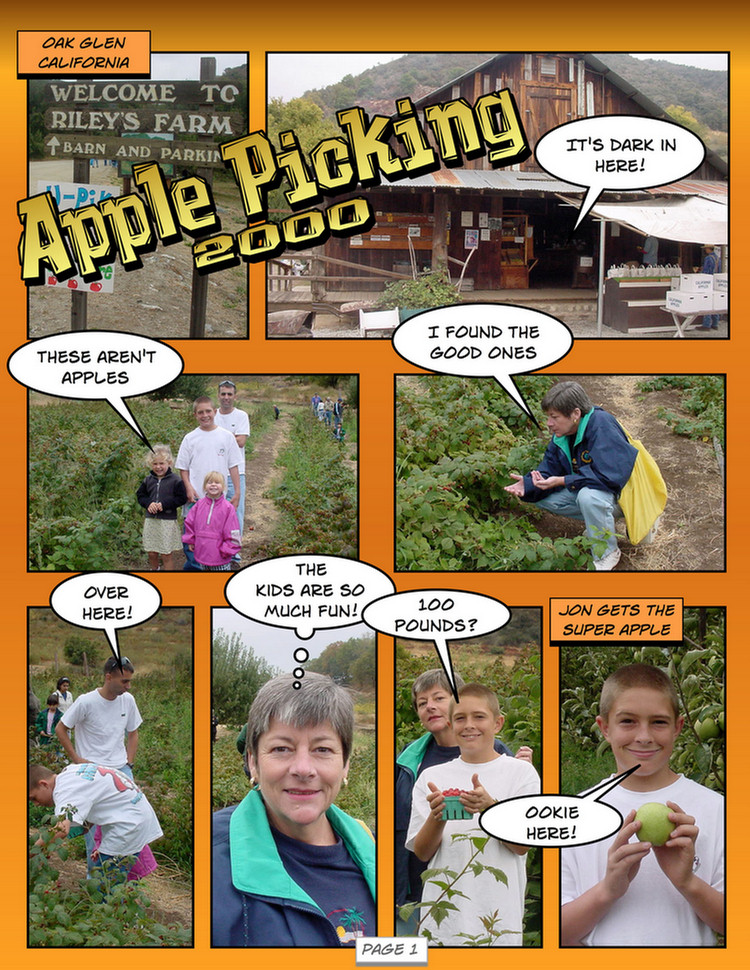 Time with the grandkids!

Time to eat and I decided to have the left-over Surf n’ Turf from yesterday.  Two minutes in the microwave and it was ready to go.  Not bad, in fact, it was wonderful!

I piddled around for a while and then decided to go to Lowe’s for my two-mile walk.  I shopped every aisle and am becoming a regular wizard at finding things.  Perhaps I could be a Lowe’s Greeter? 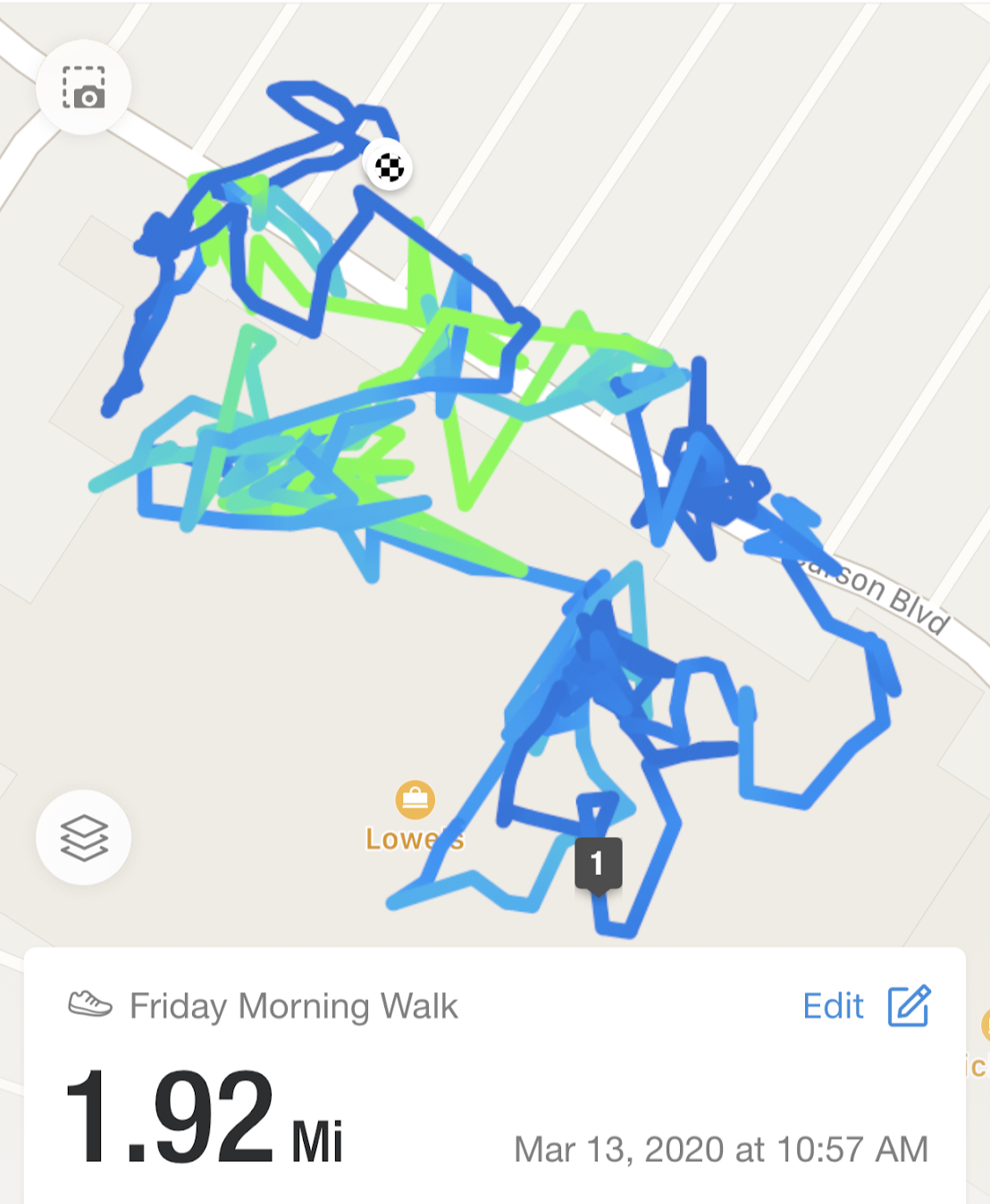 OK, it was only 1.9 miles but I walked up and down most of the aisle today (I stayed out of the garden department as it was outside and it was raining)!

Returning home I stopped by Ralph’s and all was well.  I say that because later that afternoon, around 4:30 PM, the lot was full and I stopped to get some vodka and the damn place was jammed.  Not a fresh vegetable in the place, all the onions, and potatoes were gone, and people were lined up with their carts stuffed with food.  There is going to be a lot of stuff thrown away in a couple of weeks.  The world has gone nuts! Thanks to the left-wing news, people are panicking!

I came home, took inventory, and I am good for a month or more!

It was approaching mid-afternoon and I was getting hungry so it was time for pork chops with broccoli and potatoes.  I put on my chef’s hat, called the fire department (to warn them),  did the “missing place” thing, and began.  It was pretty easy just following the instructions and the results were amazing! 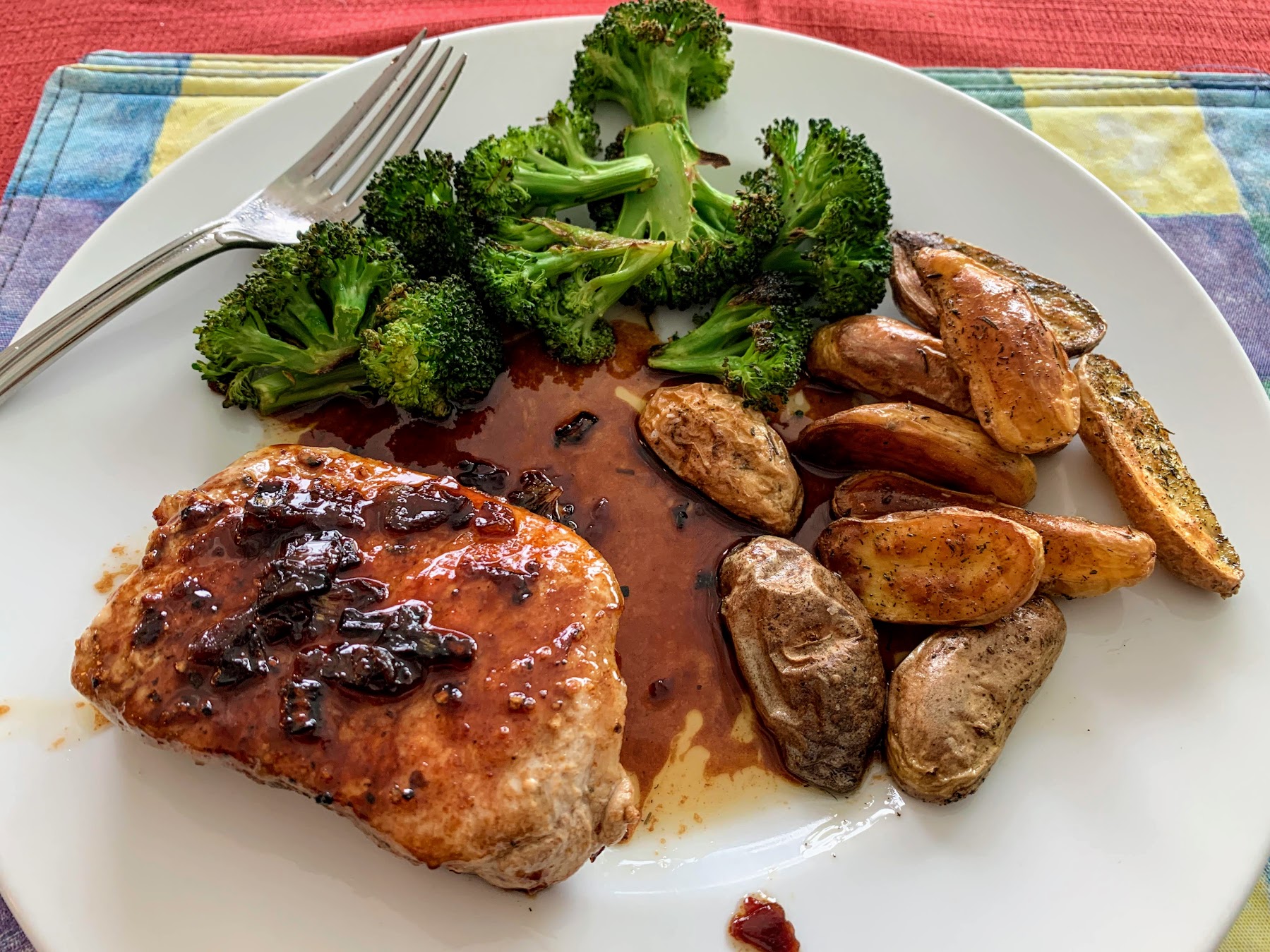 The pork chops were perfect! Another success! Sue would be proud of me! 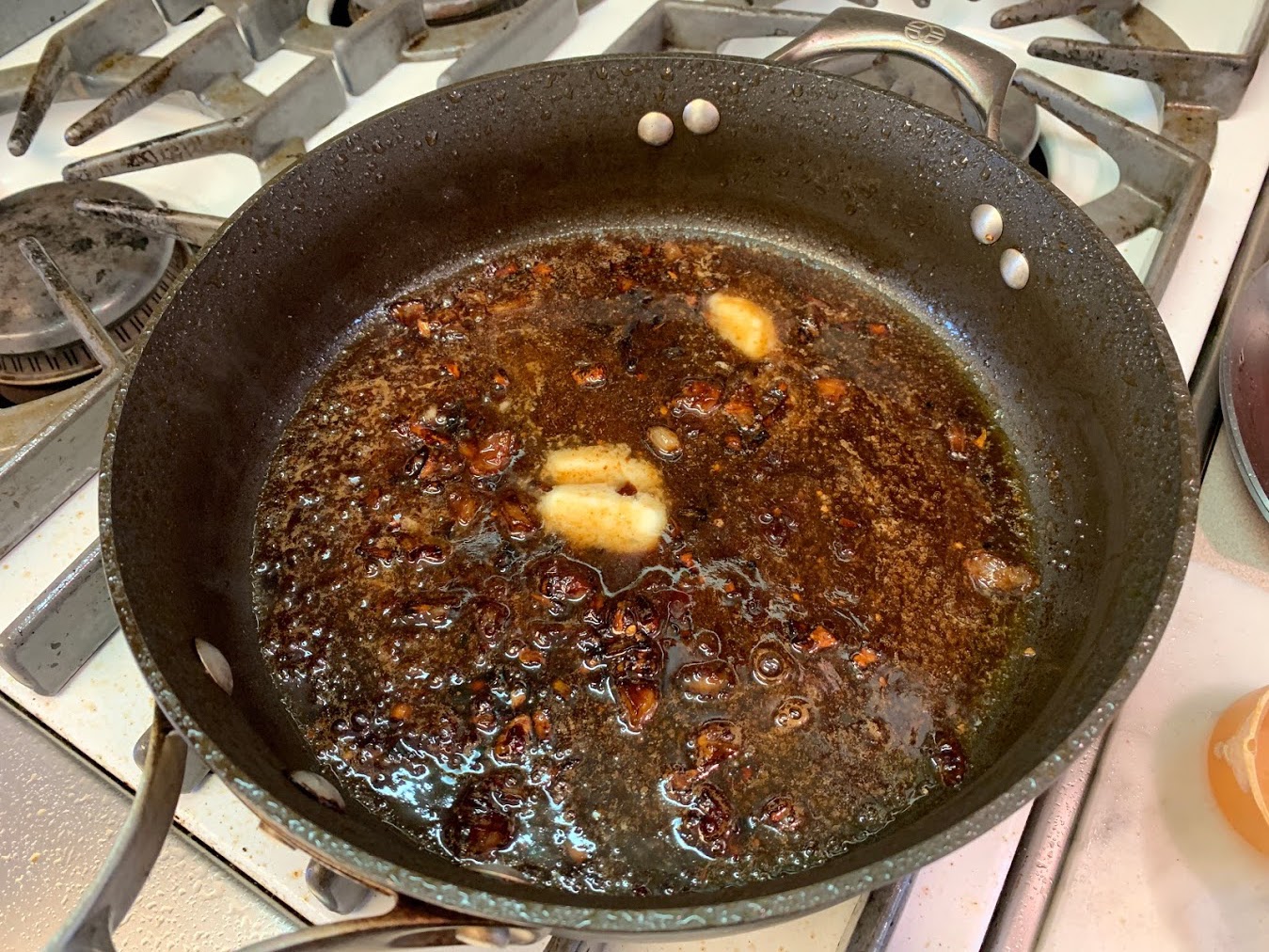 I added a small amount of butter as the finishing to touch on the cherry-vinegar sauce to top the pork chop!

I will never tenth the cook that Sue was but she would be happy that I am trying.  We spend thousands of hours in the kitchen together cooking, laughing, giggling, and sharing. 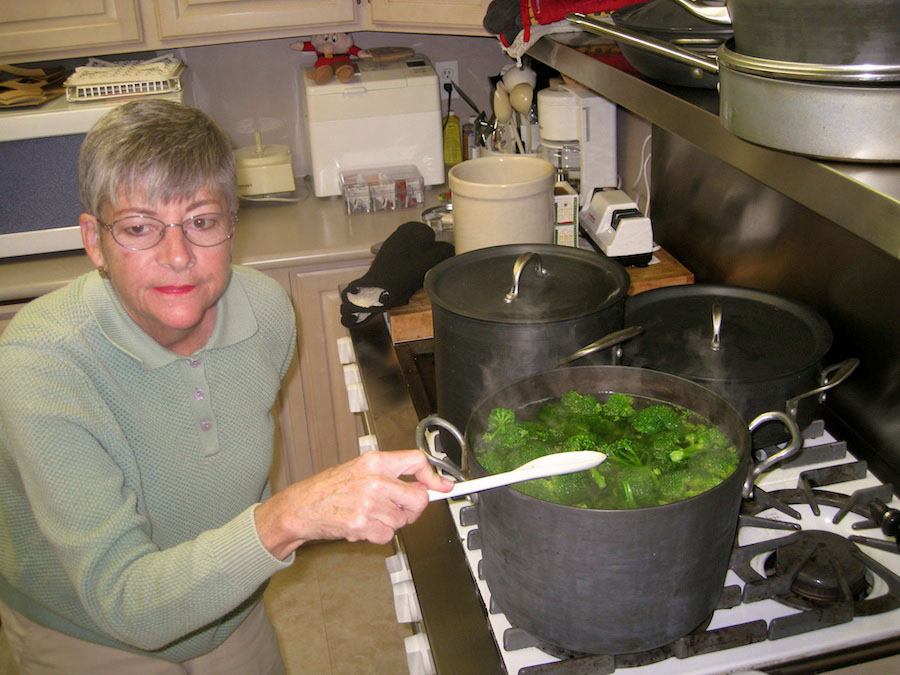 The broccoli fresh from the garden made wonder broccoli cheese soup!

Donna called about 5:00 PM and asked me to join her and Bob at the GG Elks.  I just dd NOT want to stay at home tonight so I went at 7:00 PM.  Donna danced with me twice and everybody looked!  Not because of me but because they know Donna is such a great dancer, why is she dancing with that ol’ bugger?  I just enjoyed getting out and moving! 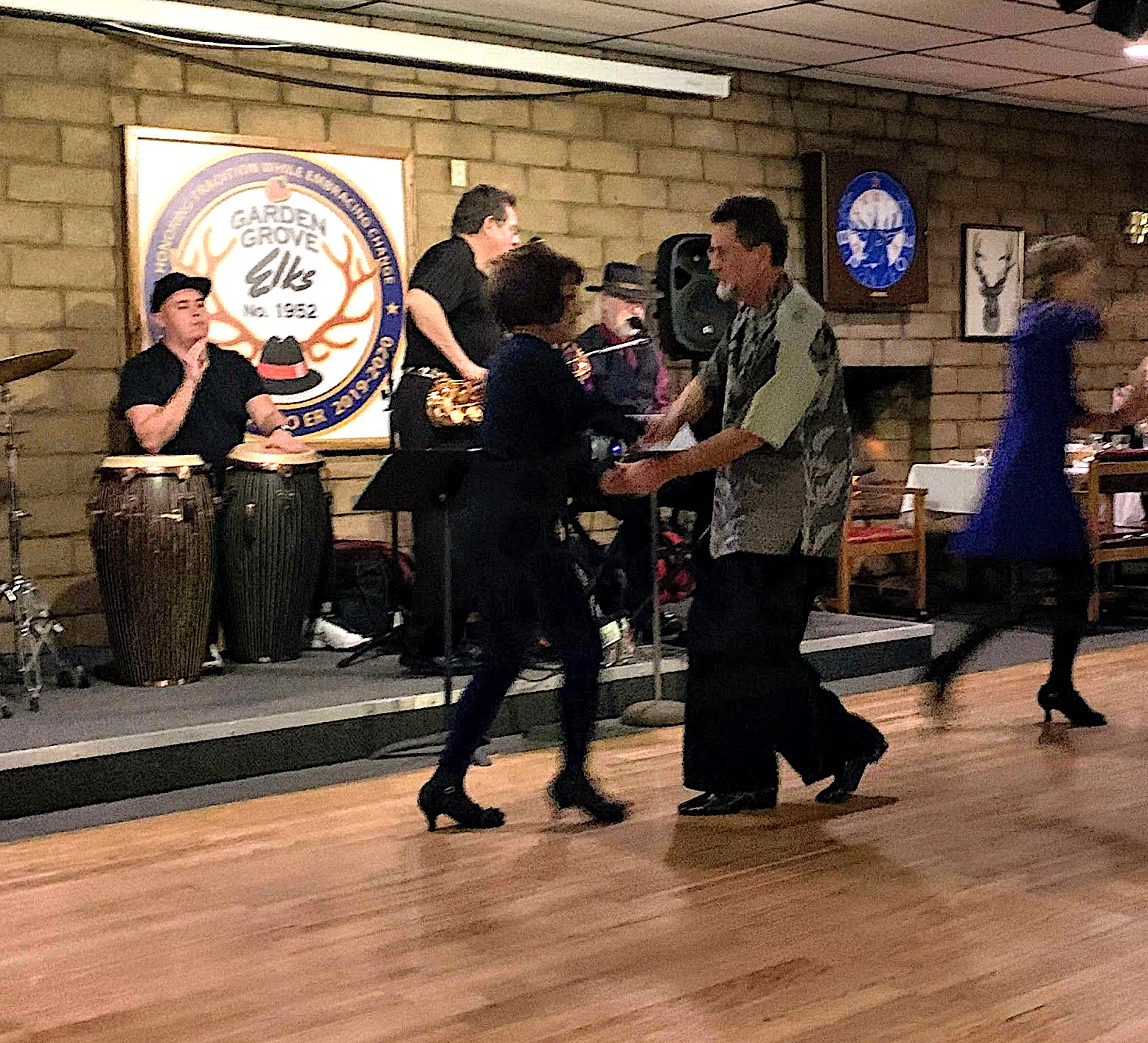 We talked about Sue and I remembered Donna was also a Petite Small!  Great news, she and Bob can come over and select clothes!  Sue would be very happy to have Donna have some of her wardrobe! 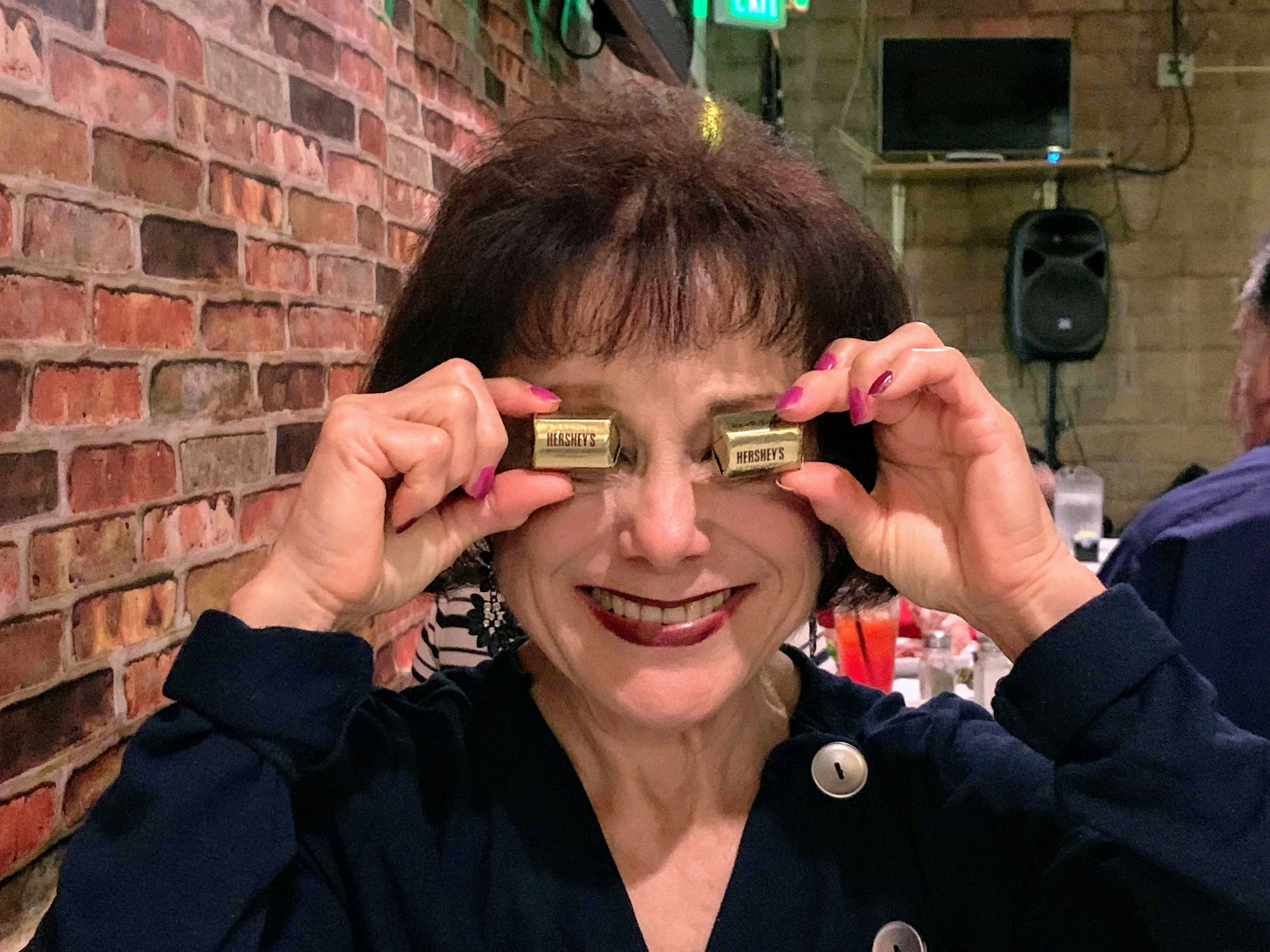 Here’s looking at you Sue

After the dance, I went by Ralph’s market and wow, the place was devoid of food.  I picked up a couple of steaks and some other goodies but other than that, it was like out of a movie set.  There is going to be a load of food thrown out in the next two weeks!

I crashed at about 10:30 PM and tried something new.  I set the lights to be red at about 20% brightness.  Perhaps it was just needed but I slept almost seven hours, the first time in three weeks.

Just an old retired guy trying to finish out my last years on this planet loving my best friend and wife, having fun, learning, and passing on helpful things to others.
View all posts by Paul →
This entry was posted in Adventures, Dancing, Friends, Walking. Bookmark the permalink.
Powered by Maribol IMDB Plugin