There is a clerk at the butcher shop, he is five feet ten inches tall, and he wears size 13 sneakers. What does he weigh? (You can email/text me for the answer!) 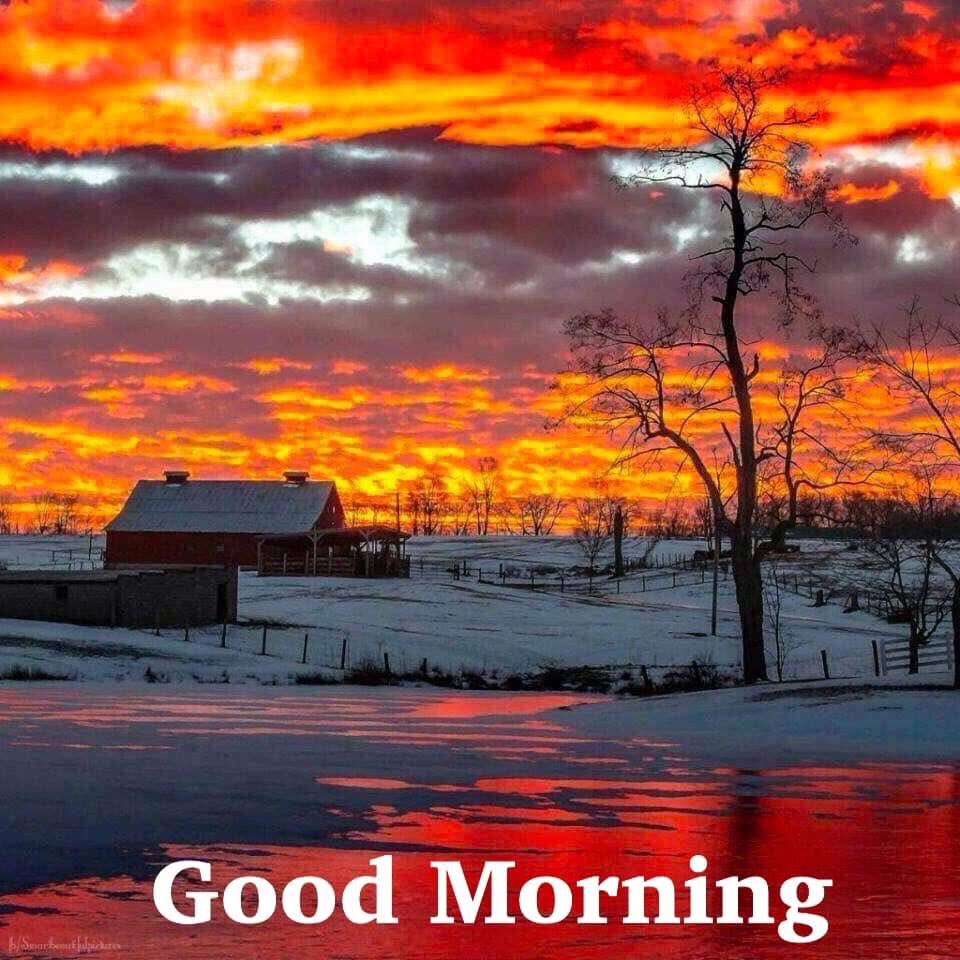 The day was cool but not cold, and even the brass monkey could stay outside.  We used the Bat Phone with Lisa and Pete before I headed out to attack the garden again.  The first thing was to pick another 20 oranges and make juice!  Then I did about 5% of the pomegranate tree because it was in my way to weed the front inside the vegetable bed.

The vegetable bed had a mess of weeds, but due to tot he recent rains and years of mulching, I could pull out those pesky critters with little trouble.  Weeds begone, and within 30 minutes, a 24″ by 50′ bed was clean as a whistle and ready for planting.  I shall wait until February to decide what to plant, but it is likely to be tomatoes. 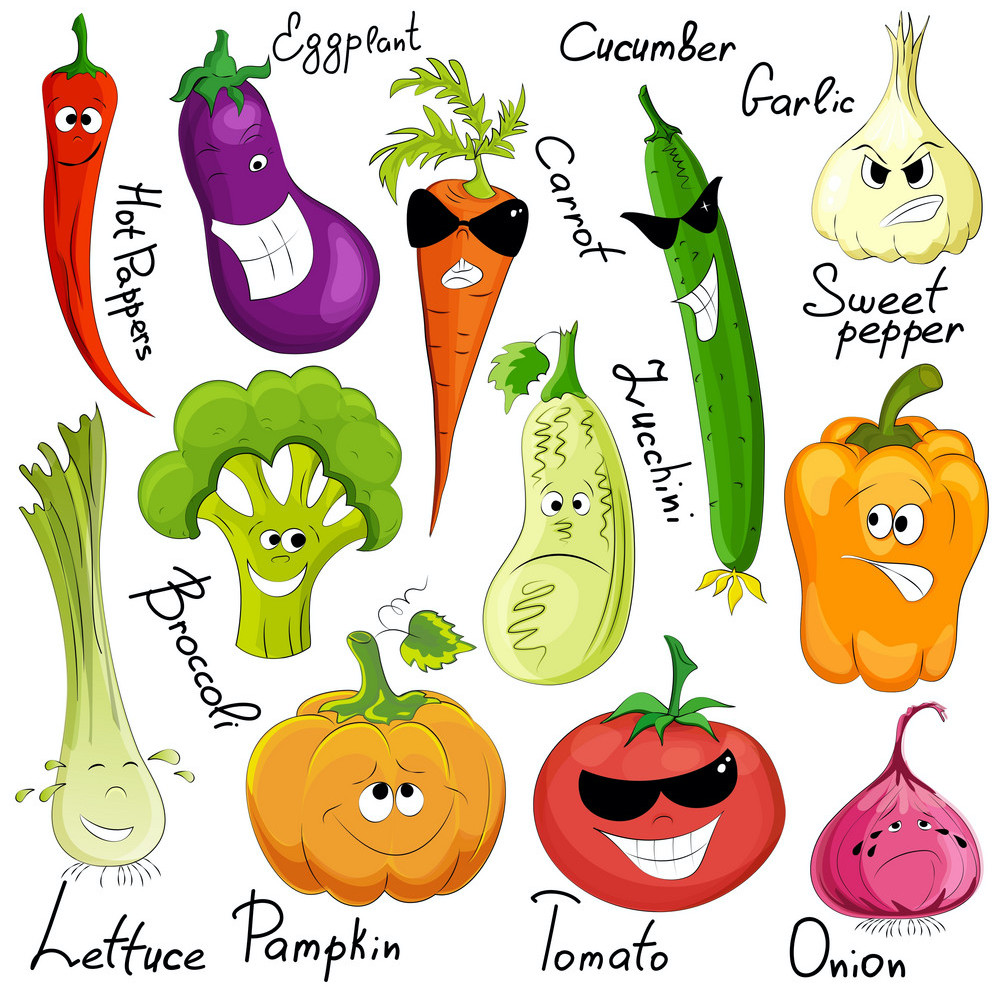 After lunch, which was excellent by the way because all leftovers have now disappeared, we watched two episodes of “Last Man Standing,” and then I began checking for light-leaks in my eyelids!  I am happy to report, no leaks were found after an hour of keeping them shut.

We were supposed to go to dinner with the gang, but the late morning lunch did us in.  We stayed home until 6:00 PM and then headed to Cerritos for a meeting with Frankie Valli and the Four Seasons.

Before departing for the theater, we chatted with Colleen on the Bat Phone, and she remembers the Four Seasons songs, but the name Frankie Valli did not ring a bell, kids!

We were in the fourth row, and it was a pretty good show!

Did You Know? A true American icon, Frankie Valli  (Valli was born Francesco Stephen Castelluccio) has bedazzled generations of fans and critics with a legendary string of hits, including My Eyes Adored You, Grease, and Can’t Take My Eyes Off You. As The Four Seasons’ frontman, Valli’s distinctive falsetto, led the band to the top of the music charts with Sherry, Walk Like a Man, Big Girls Don’t Cry, and Rag Doll. The group was inducted into the Rock and Roll Hall of Fame in 1990. 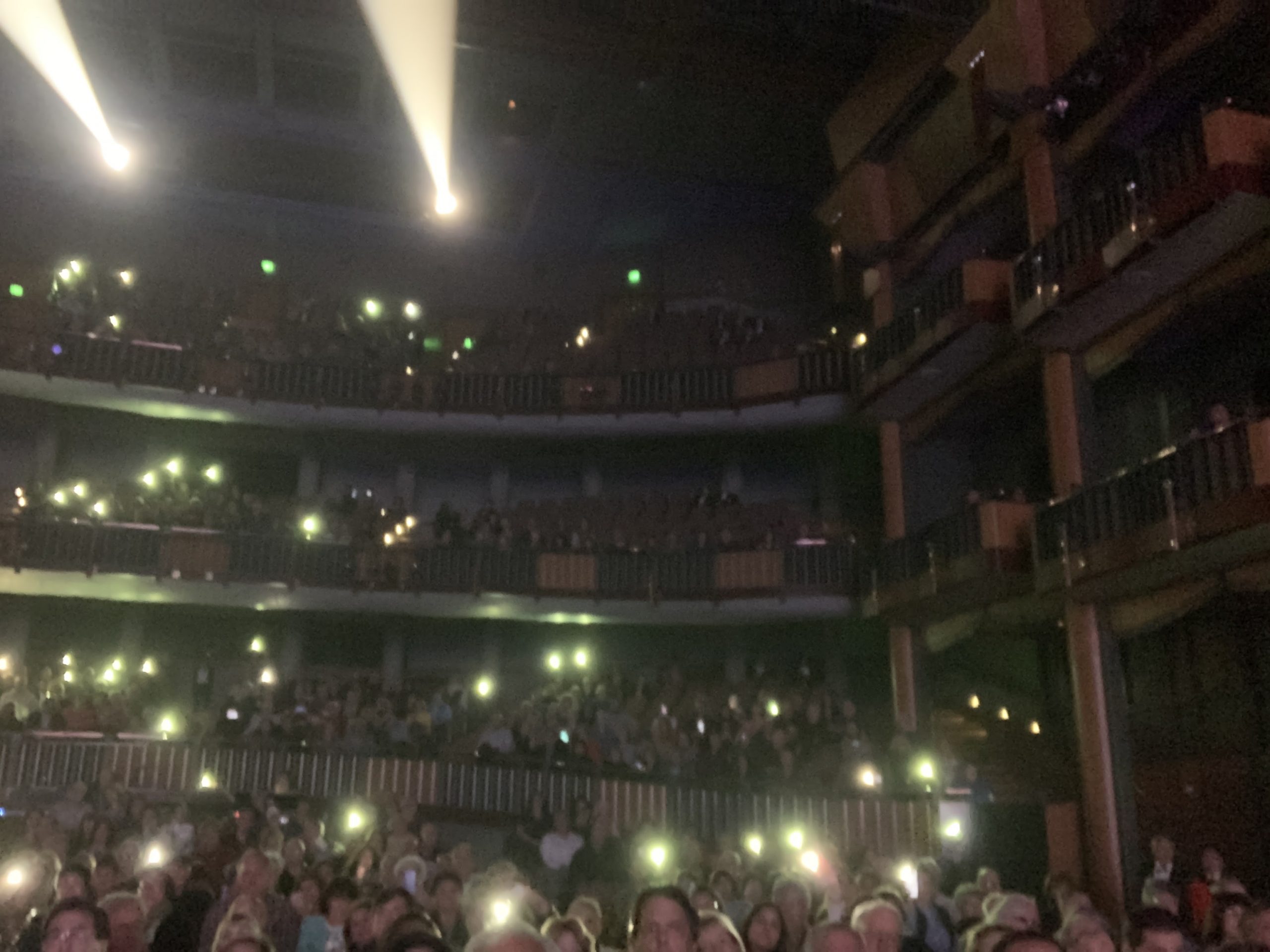 During one of the songs, we were asked to use the iPhone flashlights… It was like a mess of fireflies with all the waving going on! Fun!

Did I say we were upfront?  Sue and I get our choice of seats, and we always try to get row five center.  Tonight we were right in the center as we had six seats either side of the central aisle! 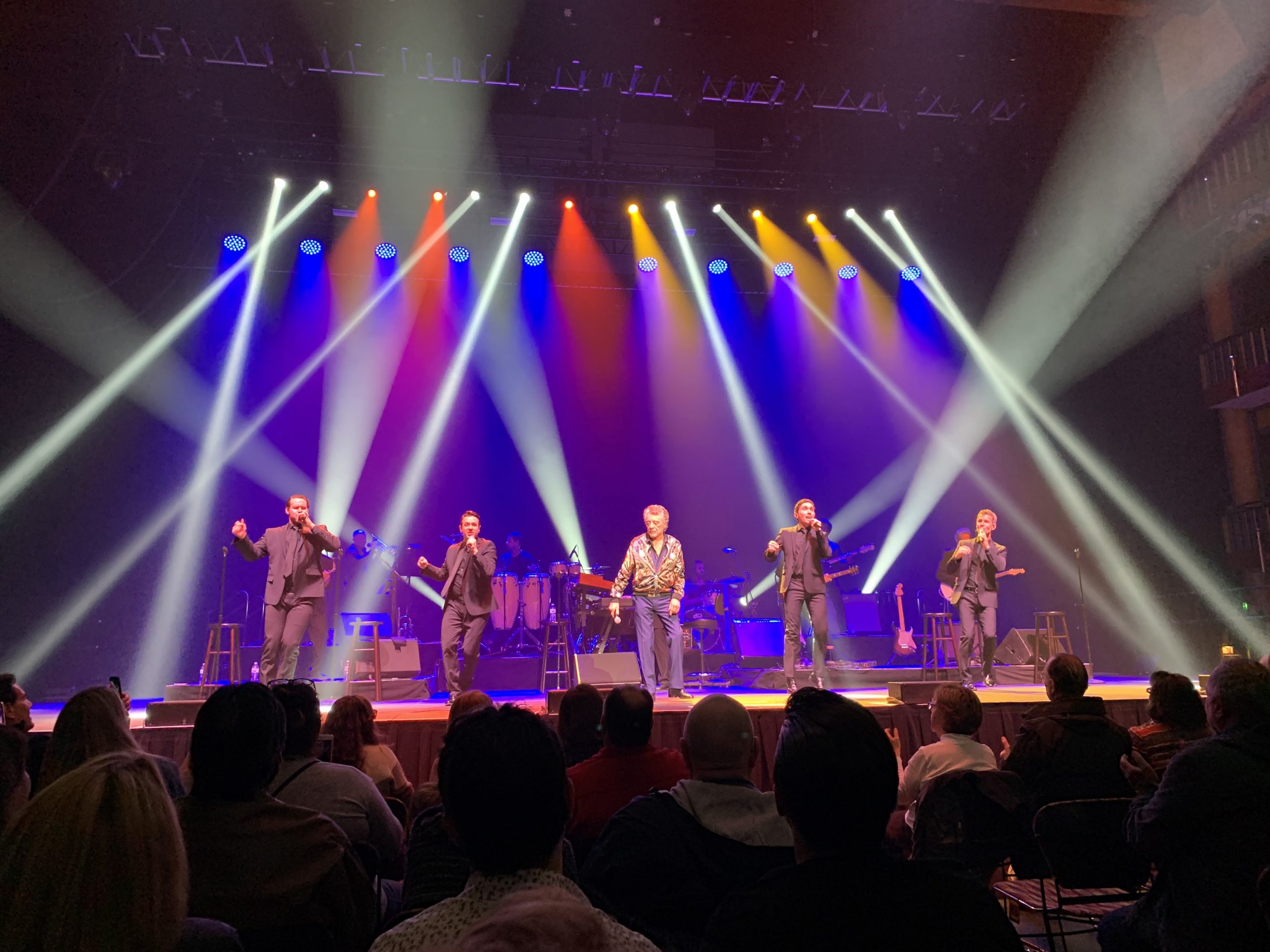 We were right there to see it all!

We waited until the mad throng (not thong) departed so we could quickly get to the wheelchair and leave without standing in a long line.  Waiting 6-8 minutes makes all the difference in the world! 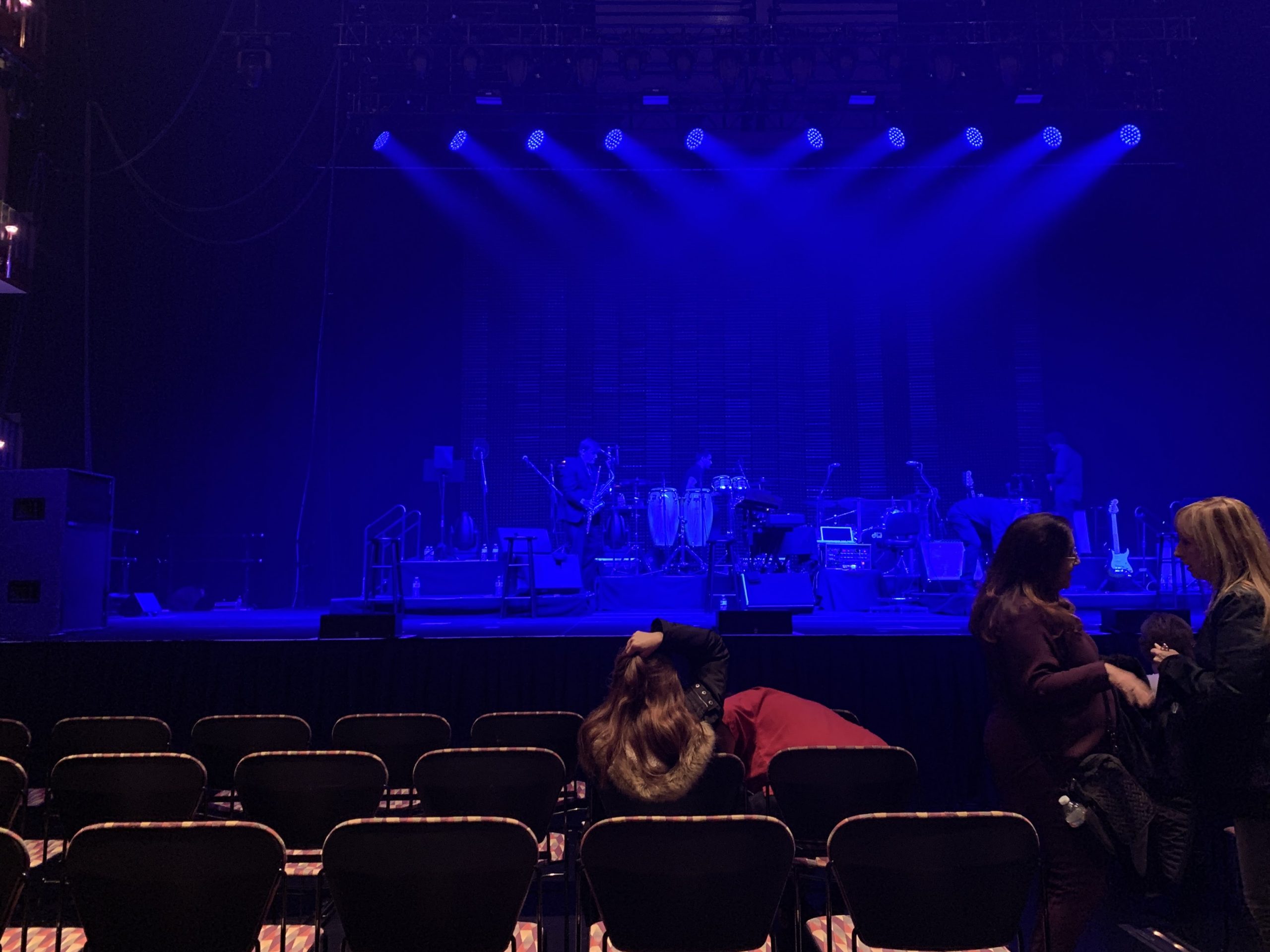 There were 11 pieces in the band, including four brass instruments making for a delightful sound all evening!

We pulled out about 9:00 PM getting home at 9:14 PM, so we watched some TV before crashing. 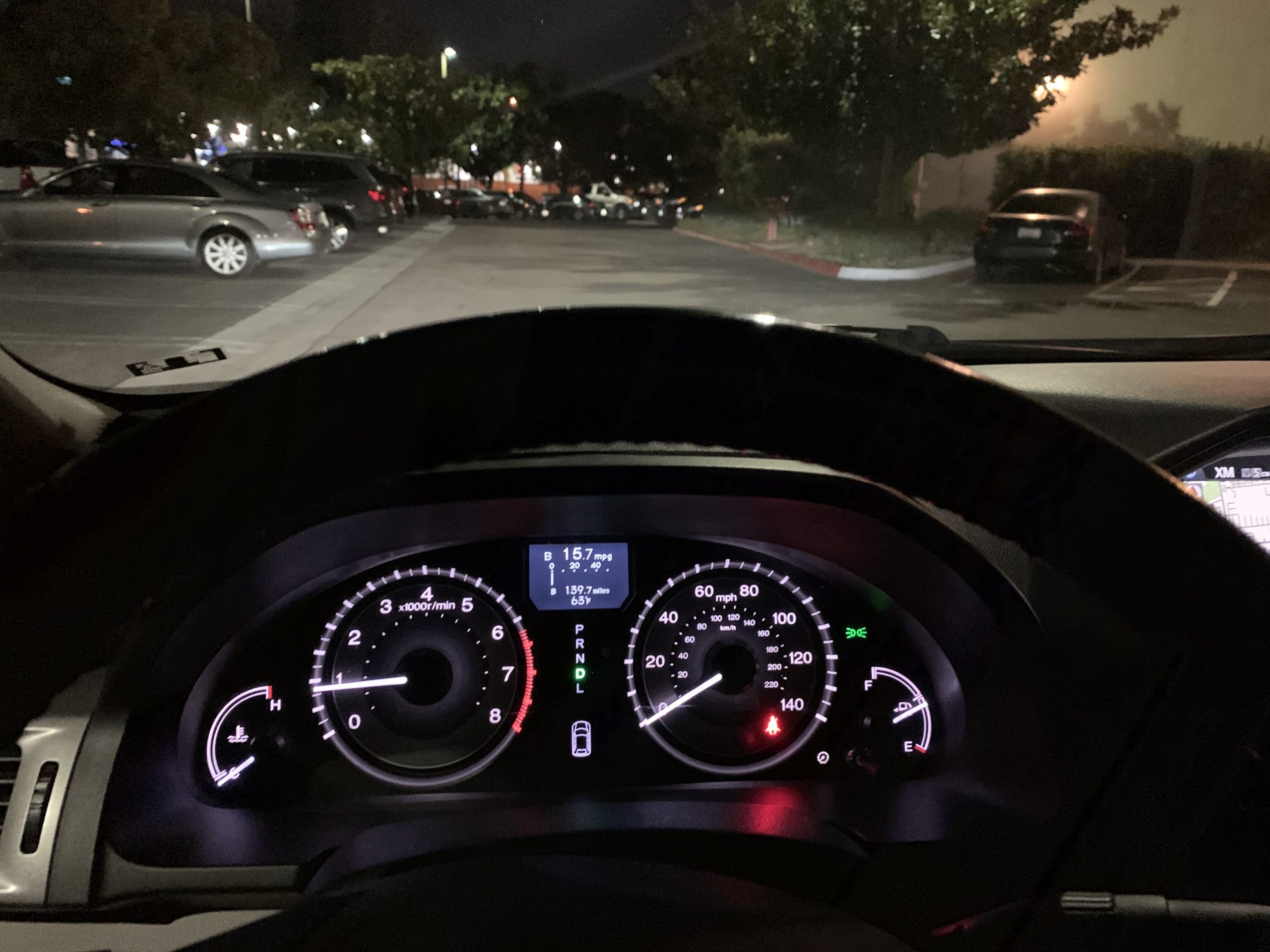 The Silver Ghost got us home safely

Oops, perhaps they were not related!  Hubert Prior “Rudy” Vallée was an American singer, actor, and radio host. He was popular in the 1930’s about the time Frankie Valli was born. Rudy was one of the first modern pop stars of the teen idol type.

Just an old retired guy trying to finish out my last years on this planet. I lost my best friend and wife in early 2020. I was blessed again by reconnecting with Dr. Mary Côté, a long-time friend. Mary and I got married July 28th, 2021, and are enjoying life together and plan to spend the rest of our lives being a blessing to our friends and family.
View all posts by Paul →
This entry was posted in Friends, Theater. Bookmark the permalink.