Two Years Ago Today Was WOW! 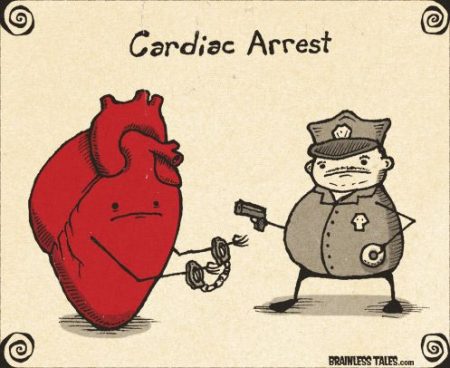 Just another day and another adventure

Yes, it was two years ago this day that Paul had a heart attack!  While sitting in an waiting room awaiting Sue to finish therapy on her hand Paul began to feel sick, tingling, dizzy, sick to the tummy!  This was odd as he has never felt that way before. He looked up the symptoms on the iPhone via the internet and they said “heart attack”.  Paul called for Sue to finish immediately and go to the car.  Sue did not know what was happening until Paul said “We are going to the ER, I am having a heart attack!”.  The hospital was bout six blocks down Katella.

Sue knew it was serious when Paul parked the car and went inside without opening the door for her and assisting her out.  By the time Sue came in, Paul was already inside the ER wired to some monitoring device!

Sure as hell, they diagnosed Paul with a small heart attack and  admitted him.  That day they did an angiogram and sure as can be, he had a blocked artery near the heart.   The next day, the chest was opened up and the heart repaired at Long Beach Memorial… same place Sue had hers done.  It was easy but the recovery was a bugger!

Did You Know? Electrocardiography (ECG or EKG[a]) is the process of recording the electrical activity of the heart over a period of time using electrodes placed on the skin. These electrodes detect the tiny electrical changes on the skin that arise from the heart muscle’s electrophysiologic pattern of depolarizing and repolarizing during each heartbeat. It is a very commonly performed cardiology test.

In a conventional 12-lead ECG, ten electrodes are placed on the patient’s limbs and on the surface of the chest. The overall magnitude of the heart’s electrical potential is then measured from twelve different angles (“leads”) and is recorded over a period of time (usually ten seconds). In this way, the overall magnitude and direction of the heart’s electrical depolarization is captured at each moment throughout the cardiac cycle. The graph of voltage versus time produced by this noninvasive medical procedure is an electrocardiogram.

Paul was sent for an angiogram and the blockage was found! Looks like three arteries needed to be bypassed!  Los Alamitos was not equipped but it was serious enough and they send Paul to Long Beach Memorial in a cardiac ambulance.  They said if something happened, nothing could be done but at Long Beach Memorial they were equipped for an event.

Did You Know? Angiography or arteriography is a medical imaging technique used to visualize the inside, or lumen, of blood vessels and organs of the body, with particular interest in the arteries, veins and the heart chambers. This is traditionally done by injecting a radio-opaque contrast agent into the blood vessel and imaging using X-ray based techniques such as fluoroscopy.

The word itself comes from the Greek words ??????? angeion, “vessel”, and ??????? graphein, “to write” or “record”. The film or image of the blood vessels is called an angiograph, or more commonly an angiogram. Though the word can describe both an arteriogram and a venogram, in everyday usage the terms angiogram and arteriogram are often used synonymously, whereas the term venogram is used more precisely. 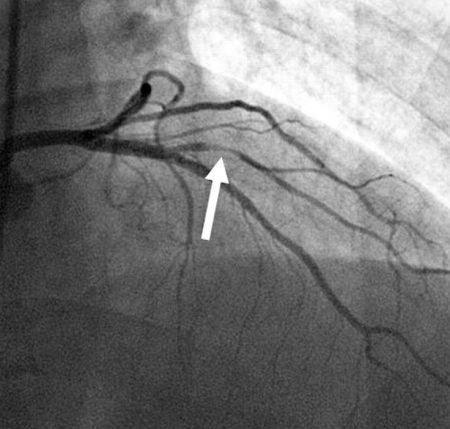 Back to today! Paul walked! Upright!   It was an excellent walk of about an hour and a quarter.  The weather was perfect… no coat or gloves needed today!  Today we headed south toward the beach! 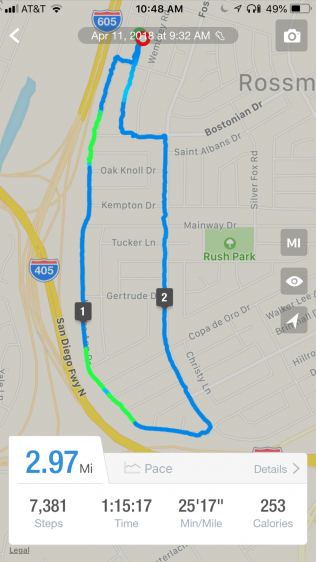 Keeping up the speed

Windmills or whirligigs are always interesting.  They are pretty and seem to move magically!

Did You Know? A whirligig is an object that spins or whirls, or has at least one part that spins or whirls. Whirligigs are also known as pinwheels, buzzers, comic weathervanes, gee-haws, spinners, whirlygigs, whirlijigs, whirlyjigs, whirlybirds, or plain whirly. Whirligigs are most commonly powered by the wind but can be hand, friction, or motor powered. They can be used as a kinetic garden ornament. They can be designed to transmit sound and vibration into the ground to repel burrowing rodents in yards, gardens, and backyards. 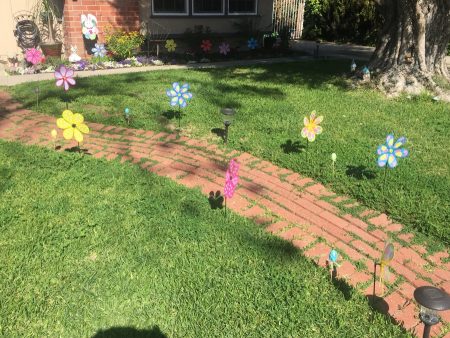 You could hear them twirling in the breeze

We did not know that they were in season but here they are… One of the largest trees of this type in the world is about 15 miles from here! 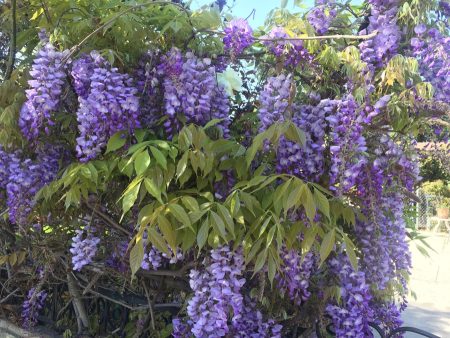 Time to ride?  Someone is quite creative as the old bicycle has been put to a great use!  The yellow was extremely bright so it probably attracts bees and that is a good think! 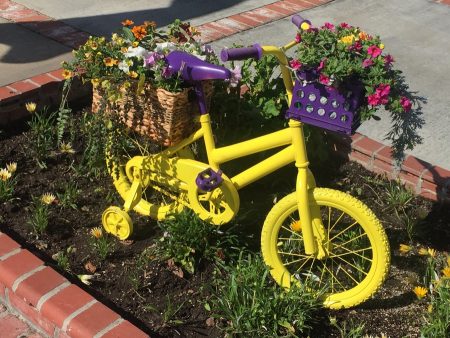 Go for a ride?

After arriving home, we had brunch.  Sue took a left-over baked potato and chopped it up into bite size pieces and added a whole mess to stuff to it including some asparagus and made a ????  Paul did not know what to call it other than delicious! She has a talent to create magic out of thin air!  Paul is a lucky guy!

After working in the garden for a while, we watched one episode of Hart Of Dixie before cleaning up and heading to Old Ranch.  We had to get out of the house as our cleaning folks were coming plus we had a time to meet with Bunnaford.  Miss Bunny has been a friend for years but since we don’t play much golf, we have not seen her so we did.  We shared some taco’s with her and gabbed for almost three hours! 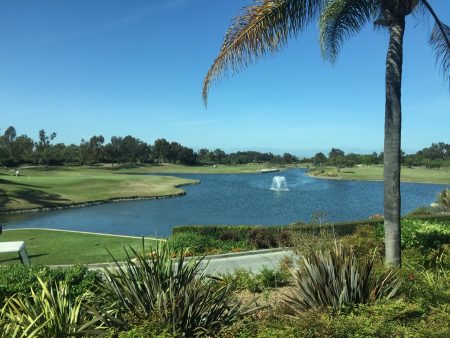 It was a great day at the ranch! – View from our table!

We departed for home at 6:00 PM and watched some TV.  After getting home, Paul determined Santa had been there… OK, it was the FedEx man with boxes from Amazon.

Paul got a case of MRE’s.  Our old MRE’s were just that, old!  They were packaged in 2006.  Paul opened one of the MRE’s from the old case and found it very good.  He tried the peanut butter, crackers, apple sauce, vegetarian pasta… They were perfect so back into storage they go.  But, to be safe we added another case of MRE’s to our stash.  So we have ten cases of water, MRE’s for two weeks, and 20 gallons of gasoline for our 8KW generator.  SHould the big one arrive, we are ready!

Time for a little TV.  About 11:00 PM, Paul baked some chocolate chip cookies to keep us awake.  We crashed at 12:15 PM and are ready for another day.

Just an old retired guy trying to finish out my last years on this planet. I lost my best friend and wife in early 2020. I am involved seriously with a long-time friend, Mary, and life goes on.
View all posts by Paul →
This entry was posted in Food and Wine, Friends, Gardening, Walking and tagged Dining Out, Friends, Hospital, Old Ranch, Vegetable Gardening. Bookmark the permalink.
Powered by Maribol IMDB Plugin