It Be Thursday; Down Hill from Here

As we sat down to our computers in our office today we remembered:

The day began in a spectacular fashion…72 degrees and an abundance of bright light…even the wind died down finally!

On the way and the first stop was right around the corner…  The white roses were magnificent. After some reading Paul found out that there are no species roses which originate south of the equator. 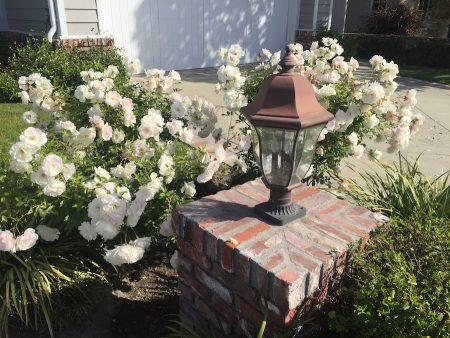 Walking is a beautiful thing!

A little farther down the path the yellow-white-tan beauties vie for Paul’s attention!  Against the dark green leaves, they babies scream for attention. Scientists assert that there are over 270,000 species of flowers that have been documented and are existing in the 21st Century. 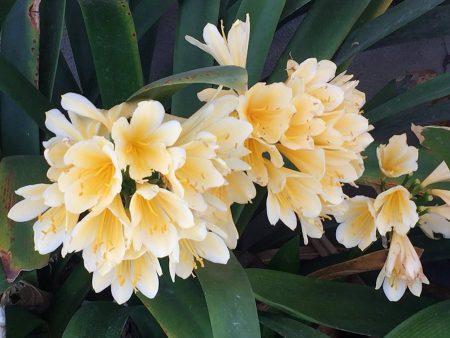 The flowers in Spring are just amazing

Not to be outdone, Mr. Orange is right along side! 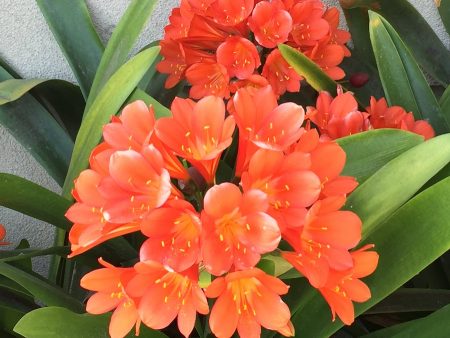 The sunshine makes the colors pop right off the leaves

We have many houses that are not fearful of attesting to their faith and we applaud them! 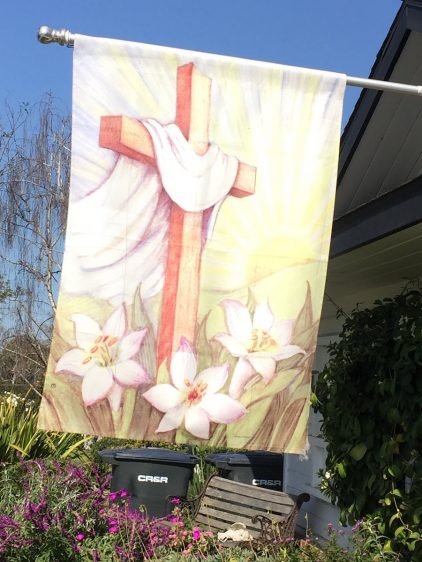 A reminder of Easter! Nice to see people proud of their faith!

Upon returning home, Sue had brunch ready and we enjoyed our meal with Paul sharing the happenings.  Sue always wants to know who Paul met along the way… not people… dogs!

Today Paul met Bozo, a dachshund.  This little bugger saw Paul and barked so loud he sounded like he was going to viciously attack poor Paul.  So, Paul kneeled down, lowered his head a bit, and put out his arm low to the ground.  After 3-4 minutes of sniffing and Paul, using terms of endearment,  because great friends with Bozo.  Bozo was a lover, NOT a fighter!

Did You Know? If World War I was tough on dachshunds, what came next was just weird. Nazi scientists boasted that they successfully taught the dogs to speak, read, spell, and even communicate telepathically. Germans believed that dogs were nearly as intelligent as humans, so they set up a special program called Hundesprechschule Asra to tap into that asset. Some of the outlandish feats claimed by the program included a dog that could say “Mein Fuhrer” and another that could write poetry.

Kurwenal was a dachshund that could “speak” with different numbers of barks for different letters—sort of like a canine telegraph. According to Jan Bondeson’s book, Amazing Dogs: A Cabinet of Canine Curiosities, the dog even had his own biographer detailing the pup’s daily life. He reportedly liked pink roses, illustrated zoology books, and attractive women. When asked if he ever wanted to be a father, the bachelor declared, “No!” Many were impressed with the fat little dog’s routine, but others suspected that he was receiving cues from his owners.

Right before he passed away, Kurwenal poetically barked, “I am not afraid of dying; dogs have souls and they are like the souls of men.” The dachshund was buried in the garden of his owner’s home.

After dessert, ice bream and extra-large blueberries, we watched two episodes of Hart Of Dixie before Paul hit the yard continuing pre-summer activities.  Today he figured out that the pool equipment was going to have to move 18″ so the future storage shed can fit into the corner of the yard.  A nice 8’x12′ tall shed ought do the trick!  Tink of it, an empty garage!

Later afternoon, we did one more episode before getting cleaned up and heading to the Phoenix Club to visit and dance.

Just an old retired guy trying to finish out my last years on this planet. I lost my best friend and wife in early 2020. I am involved seriously with a long-time friend, Mary, and life goes on.
View all posts by Paul →
This entry was posted in Dancing, Food and Wine, Friends, Gardening and tagged Dancing, Friends, Phoenix Club, Vegetable Gardening. Bookmark the permalink.
Powered by Maribol IMDB Plugin