We went for Sue’s annual back exam with Dr. Mudiyam and as expected, all is well!  From there we went home, grabbed a bite and headed to Old Ranch for a round of golf. 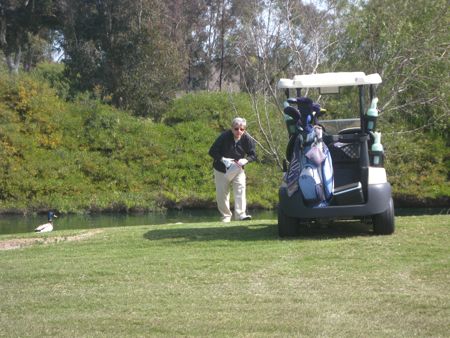 Sue is developing a string friendship with a Canadian Goose

After golf we went to the 19th hole and visited with Monica and Moe.  We then headed for home to catch some NCIS backlog.  While NCIS was recording we watched “The Simple Life Of Noah Dearborn” .  Summary: he Simple Life of Noah Dearborn is a 1999 made-for-television film, first broadcast on 9 May 1999 on CBS. This movie stars Sidney Poitier as the title character, a rural Georgia carpenter, Noah Dearborn. George Newbern plays a developer trying to force Dearborn off his land; he tries to enlist the help of his psychologist girlfriend, played by Mary-Louise Parker, a move which backfires badly. Newbern’s character tries to have Dearborn declared mentally incompetent; the effort fails, mostly because of the efforts of Parker’s character, who realizes why Dearborn is held in esteem by his neighbors. 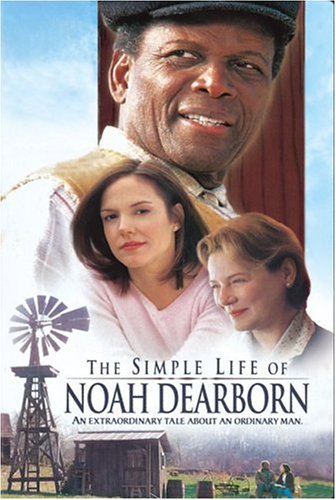 Great movie... Hallmark does it again!!

We finished the evening with NCIS…

Just an old retired guy trying to finish out my last years on this planet loving my best friend and wife, having fun, learning, and passing on helpful things to others.
View all posts by Paul →
This entry was posted in Friends, Movies and tagged Golf, Old Ranch, TV Movies. Bookmark the permalink.
Powered by Maribol IMDB Plugin