Memories: Driving With The Girls! Transmitter hunting is an activity wherein participants use radio direction-finding techniques to locate one or more radio transmitters hidden within a designated search area. This activity is most popular among amateur radio enthusiasts, and one organized sport variation is known as Amateur Radio Direction Finding. Other terms used to describe the activity include Radio-Orienteering, T-hunting, Fox Hunting, Bunny Hunting, and Bunny Chasing.

Ok..It’s me 60+ years ago… this is an antenna that we attached in the side windows of a 53 Chevy… we turned the antenna manually to determine which direction to drive!

We had a ten-element yagi on the side of the car!

The ladies worked in my father’s dime store and heard me talk about ham radio.  They wanted to know about ham radio T-hunts, so they volunteered to drive us.  They were several years older than Ed and I and did not know they were cute (we were nerds)!

Ed and Paul could not figure out why the older guys hung around us? We now know! Duh!!

The older guys who used to ignore us suddenly became our best buddies, I wonder why???

After the hunt was over, we all met for coffee and pie at the nearest coffee shop.  Ed and I ate the pie ad watched the parade of gentlemen visit with our ride for the evening!

We did this several times and got to see a lot of Los Angeles.  The girls got to meet a lot of guys!  Win-win!

Today we stayed at home and worked around the house. We spent four hours attacking the garage refrigerator and stand-up freezer. We tossed out several science projects, and some we turned loose, and they ran down the street yelling, “we are free!”.

Colleen visited her month again, which was a good thing.

Mary and I had dinner and binge-watched all eight 45-minute episodes of the French movie series called “Women At War.”  Summary: It’s a good French series about the involvement of women in WW1 on the French side, through the prism of four prototypal characters: a prostitute with a son in the army, a runaway competent nurse, an upper-class lady with a shady past; and a nun. 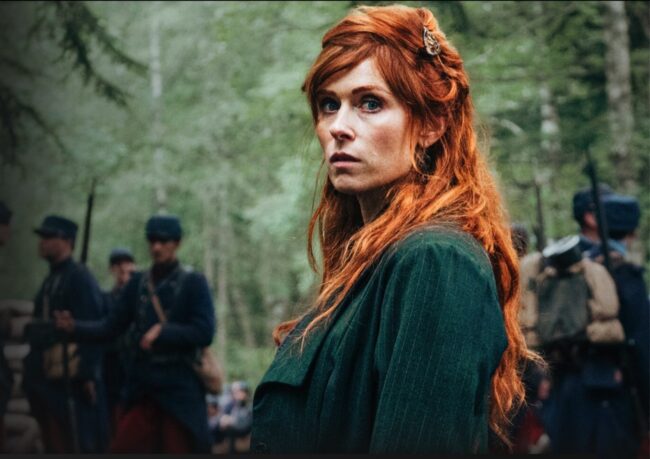 The story of the four characters intersect and find a common destiny in a French town near the front, confronted by the horrors of war.

Some of that conflict was well depicted, but other elements, maybe not so much. Historical accuracy is not the main element here (e.g, there were no gas attacks until 1915, whereas all the action took place at the beginning of the war in 1914).

Just an old retired guy trying to finish out my last years on this planet. I lost my best friend and wife in early 2020. I was blessed again by reconnecting with Dr. Mary Côté, a long-time friend. Mary and I got married July 28th, 2021, and are enjoying life together and plan to spend the rest of our lives being a blessing to our friends and family.
View all posts by Paul →
This entry was posted in Movies, Working Around House. Bookmark the permalink.