We Watched A Christmas Movie After Dinner

One Christmas with Henry Winkler and   Katharine Hepburn.,  Hailed as a “rewarding gift” and “and unexpected pleasure, ” One Christmas is a timeless holiday treasure based on Truman Capote’s bittersweet tale of a young boy’s adventures with the father he’s never known. It’s a classic family story featuring acclaimed performances from an award-winning cast, including the legendary Katharine Hepburn, Henry Winkler, Swoosie Kurtz and Julie Harris.

It’s Christmas 1930, and eight-year-old Buddy (T.J. Lowther) finds himself in New Orleans spending the holidays with his estranged father (Winkler). Leaving behind his Aunt Sook (Harris) and the peaceful Alabama country life. Buddy now endures a conniving, deceitful con man of a dad who seems to care more about fast buck scams than earning his son’s affection.

Buddy dreams of finding Santa, a snow-covered New Orleans and a new relationship with his father. His dad is looking for something real in a life of lies. Finally, father and son realize the greatest thing they have is each other. It’s a gift that comes just in time for one unforgettable Christmas. 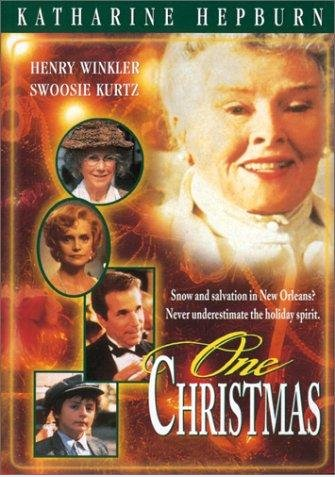 Just an old retired guy trying to finish out my last years on this planet loving my best friend and wife, having fun, learning, and passing on helpful things to others.
View all posts by Paul →
This entry was posted in Holidays, Movies and tagged Christmas, TV Movies. Bookmark the permalink.
Powered by Maribol IMDB Plugin