We Were Filled With Friends At Girls Night Out

Fact: German chocolate cake was invented in Texas – The “German” part of German chocolate cake comes from an American man—not a European country. Specifically, it’s named after Sam German, who in 1852 created the formula for a mild dark baking chocolate bar for Baker’s Chocolate Company, which was subsequently named Baker’s German’s Sweet Chocolate. Fast-forward to June 13, 1957. According to What’s Cooking America, the Dallas Morning Star published the recipe for the cake, invented and submitted by a reader identified as Mrs. George Clay.

We are dancing Friday, Saturday, and  Sunday but Friday’s engagement with the Rondelier’s requires a vaccination certification or a recent test. We departed the house at 7:30 AM to go to Huntington Beach and get Mary’s COVID-free certification test.

You could not get reservations online, so we pulled into the parking lot at 8:00 AM and waited until 9:00 AM to get the test. She was in shock when she read the sign in the parking lot! 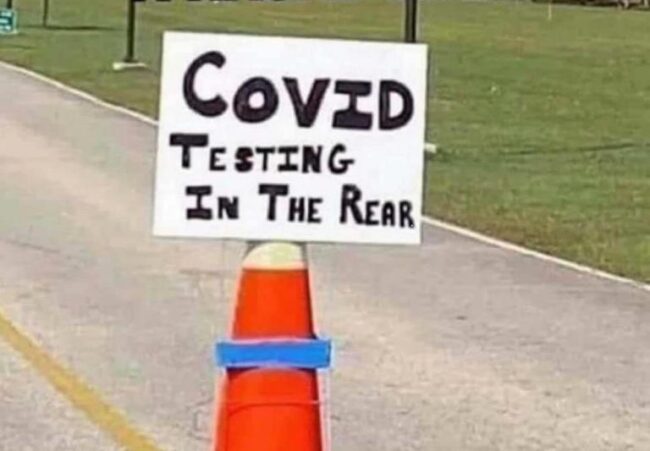 Well at least during this recent outbreak we do not have a lot of shortages like last year!  I did  ran out of toilet paper and started using lettuce leaves. Today was just the tip of the iceberg, tomorrow romaines to be seen.

Being a wonderful and supporting husband, I immediately suggested an alternative approach, although it would take a little longer to get the results. 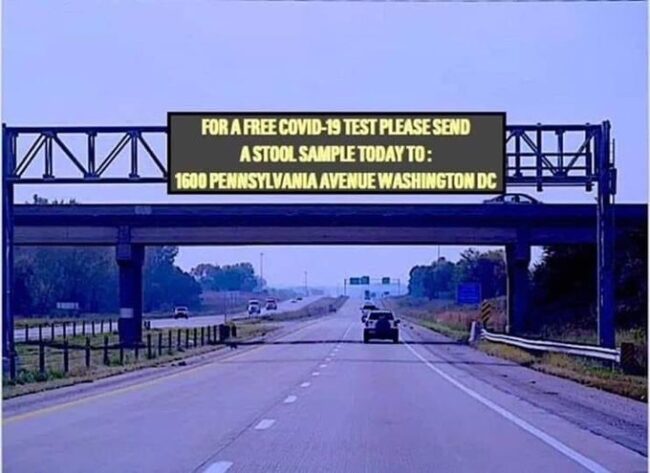 I bought twenty envelopes, large ones!

I never thought the comment “I wouldn’t touch them with a 6-foot pole” would become a national policy, but here we are!

Mary finally figured out what the sign really meant and settled down for the hour wait until the nice person with the five-foot-long stick would show up. Mary had to fill out some forms, and this morning, she enjoyed filling them out. 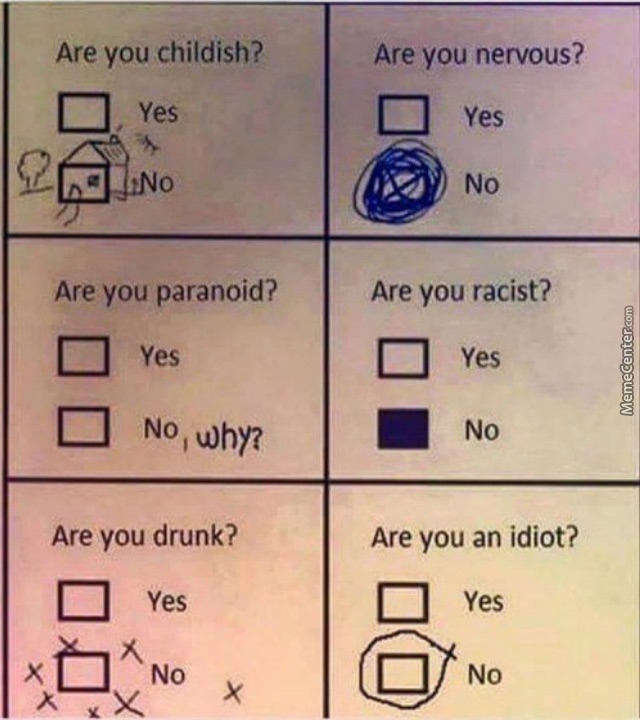 Mary was playful this morning.

The World Health Organization announced that dogs cannot contract COVID-19. Dogs previously held in quarantine can now be released. To be clear, WHO let the dogs out.

After the test, we went to her old office, and she tested my eyes, we ordered some glasses, and she picked up her incoming mail from patients. We then turned toward Santa Ana and joined the gang for Girls Night Out. We had a long table full, and four had to sit at another table; we were in overload.

Everyone was in full tease-mode today; we were having a ball! 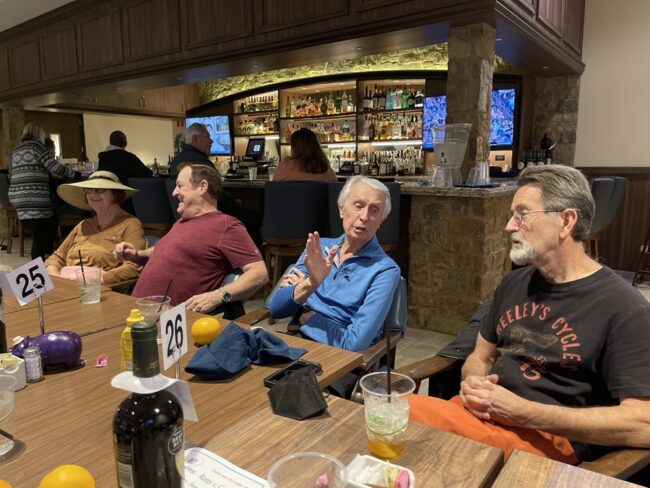 The gang was collected.

We had a delightful lunch with Mary doing the salmon, and I had the New England Pot Roast; we shared as usual. When I realized I was addicted to roast beef sandwiches, I decided to go cold turkey. 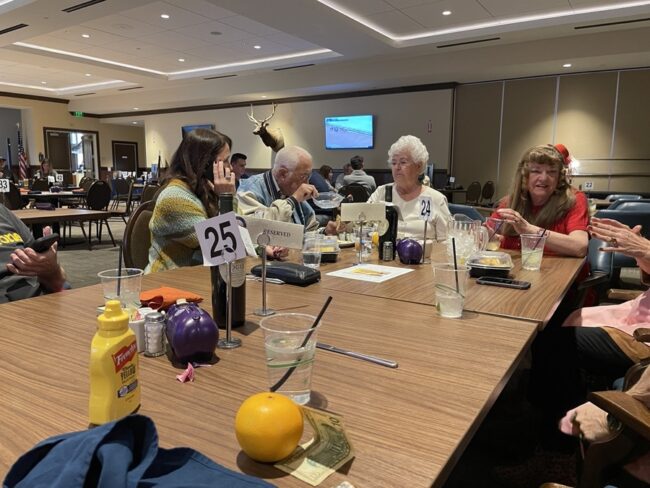 Sydney and her dad joined us.

We always sit near the head of the table to watch all the goings-on.  I whispered to Mary, “We’ve been friends for so long, I can’t remember which one of us is the bad influence.” 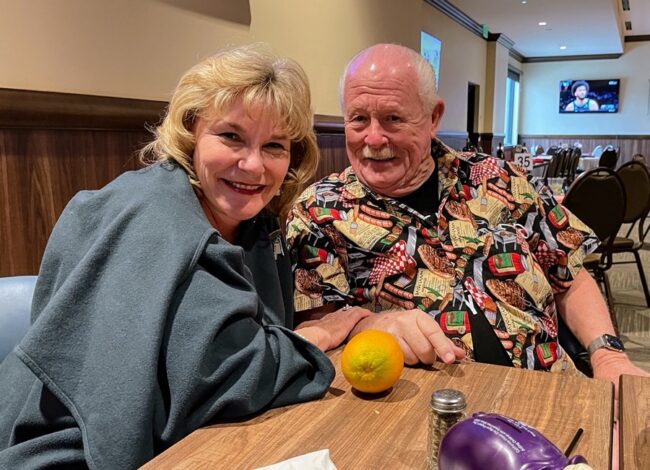 What will Iris do with that orange; nobody knows! Iris asked everyone, “What’s orange and sounds like a parrot?” We did not know the answer but suspected the worst; “A carrot.”

I told Iris, “I went to the grocery store today to buy some oranges, strawberries, and apples, but they didn’t have any. It was a fruitless trip.” 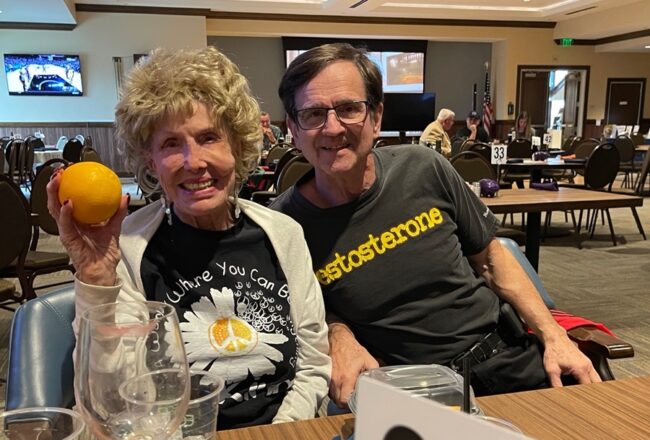 Iris and Will; always fun to be with!

After our meal, it was almost 1:30 PM, and we had to head for home to let Scout, The Wonder Dog, out for his afternoon piddle party!

Mary went to the door, and our TV stand had arrived, so into the garage it went, and I attempted to put it together. Dang, it was in English and Russian; I used the Russian version. We got it put together, mounted the new TV, and I rolled it into the kitchen where we watched “Crazy On The Outside.” 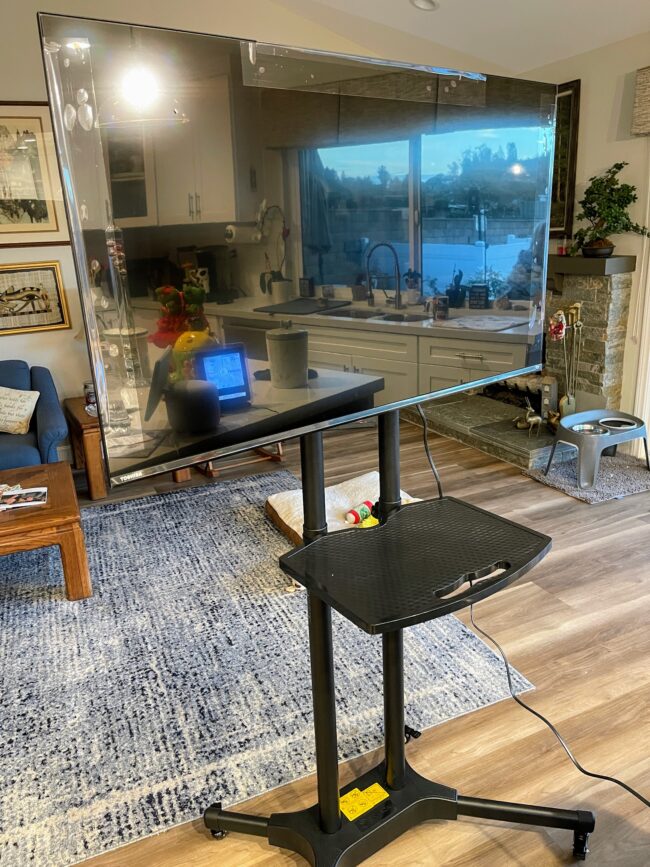 We will keep it in exercise room or dining room out of the way!

Summary: A recently paroled ex-con who has trouble adjusting to the wacky normalcy of life outside of prison. After getting caught committing a crime and taking the rap for his much more dangerous pal, he has spent the last three years behind bars.

We crashed after that. I really think that tossing and turning all night should be considered exercise.   I left Mary with one thought as the lights went out! “What do you call a sleepwalking nun? – A roamin’ catholic”.  I left myself with a thought also, “If you think women are the weaker sex, try pulling the blankets back to your side.”