BTW, I have lost six pounds since the first of January; 208.1 this morning. Sawdust is beginning to taste good! BURP!

We went to PT at 8:30 AM and returned home via the bank and Rockwell’s. We shared a veggie omelet, and I went off the diet and did a side of bacon! 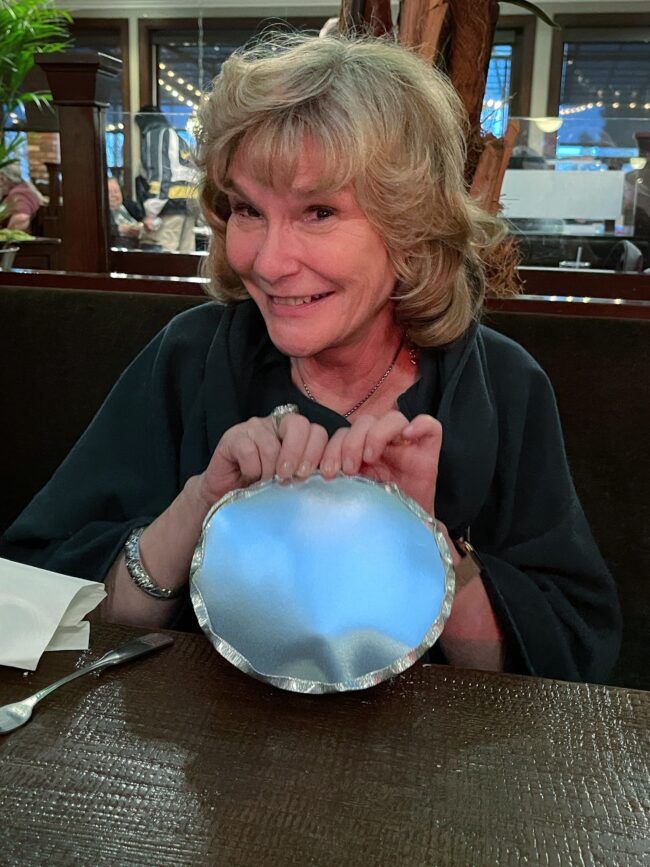 Chez Côté will be open for business! a little later!

On the way home, Mary checked Facebook, and my daughter Colleen has been busy! Her sense of humor is much like ours! 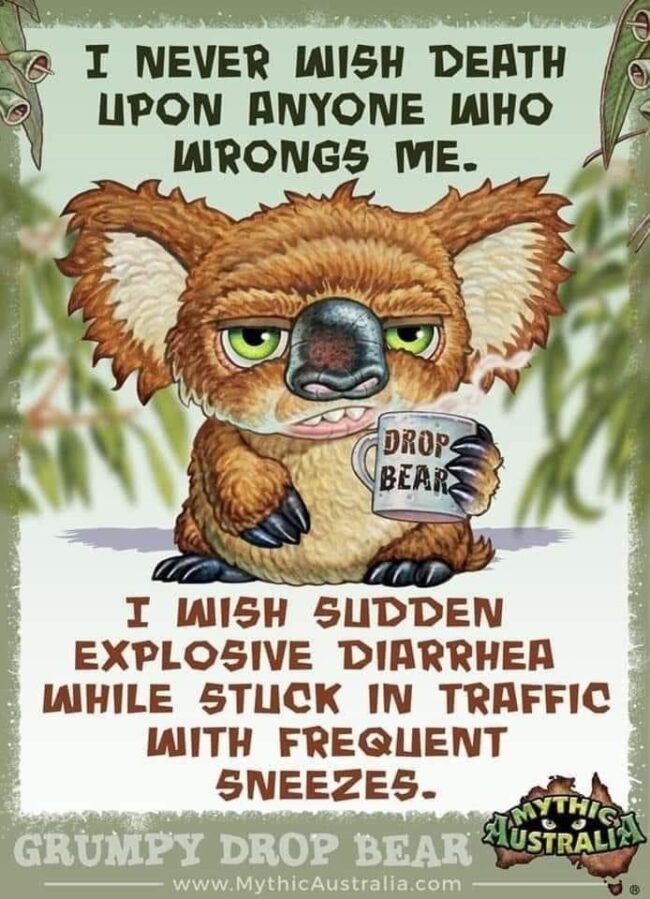 We worked around the house, finishing off the Valentine’s Day tree before going on two errands and then to the dentist! 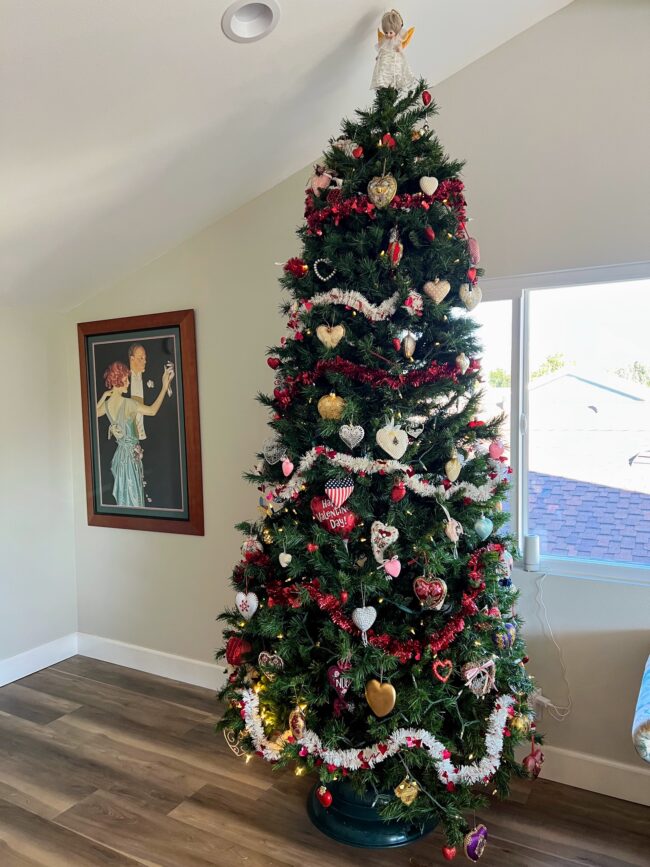 It is now Valentine’s Day tree.

Into the car again, and we stopped at Jan’s to drop off some goodies to eat and then to Dr. Annie’s,s where I got fitted for a crown. Apparently, after 77 years, my old tooth ion back was starting to split, and the crown will protect it.

We then headed to The Fish Company in Los Alamitos, where we had dinner at about 4:30 PM. Mary did her rainbow trout while I polished off a great swordfish! We went there because we had to see Vicky and pick up some Starlighter’s items since we will be the official greeters at the door this weekend. Of course, we picked up a dozen oysters for Vicky, and she was happy as a little school girl!

We also picked up two pints of clam chowder, which we delivered on the way home. First, we went to Costa Mesa to see Bill and bring him a surprise birthday cake, a mess of MAry’s secret beans, and tonight’s dinner (clam chowder). We did not visit long as we had to get home.

The second drop-off was at Dianne and David’s; David loves the Fish Companies chowder. We did a fly-by, and then we set out for home. We were gone a long time but our housekeeper, Domilita, made sure Scout was taken out and did his business.

Just an old retired guy trying to finish out my last years on this planet. I lost my best friend and wife in early 2020. I was blessed again by reconnecting with Dr. Mary Côté, a long-time friend. Mary and I got married July 28th, 2021, and are enjoying life together and plan to spend the rest of our lives being a blessing to our friends and family.
View all posts by Paul →
This entry was posted in Just Us. Bookmark the permalink.