Monday Has Arrived And I Am Alone Unsupervised Again!

There are plenty of difficult obstacles in your path. Don’t allow yourself to become one of them.

It’s Monday, so be prepared for my musical selection of the week!

We walked Five Miles and stopped to take a picture of our favorite mosquito.  He belongs to a nature photographer who lives around the block from us.  “Whimsical,”  I believe he said when we asked about his collection of front yard decorations. 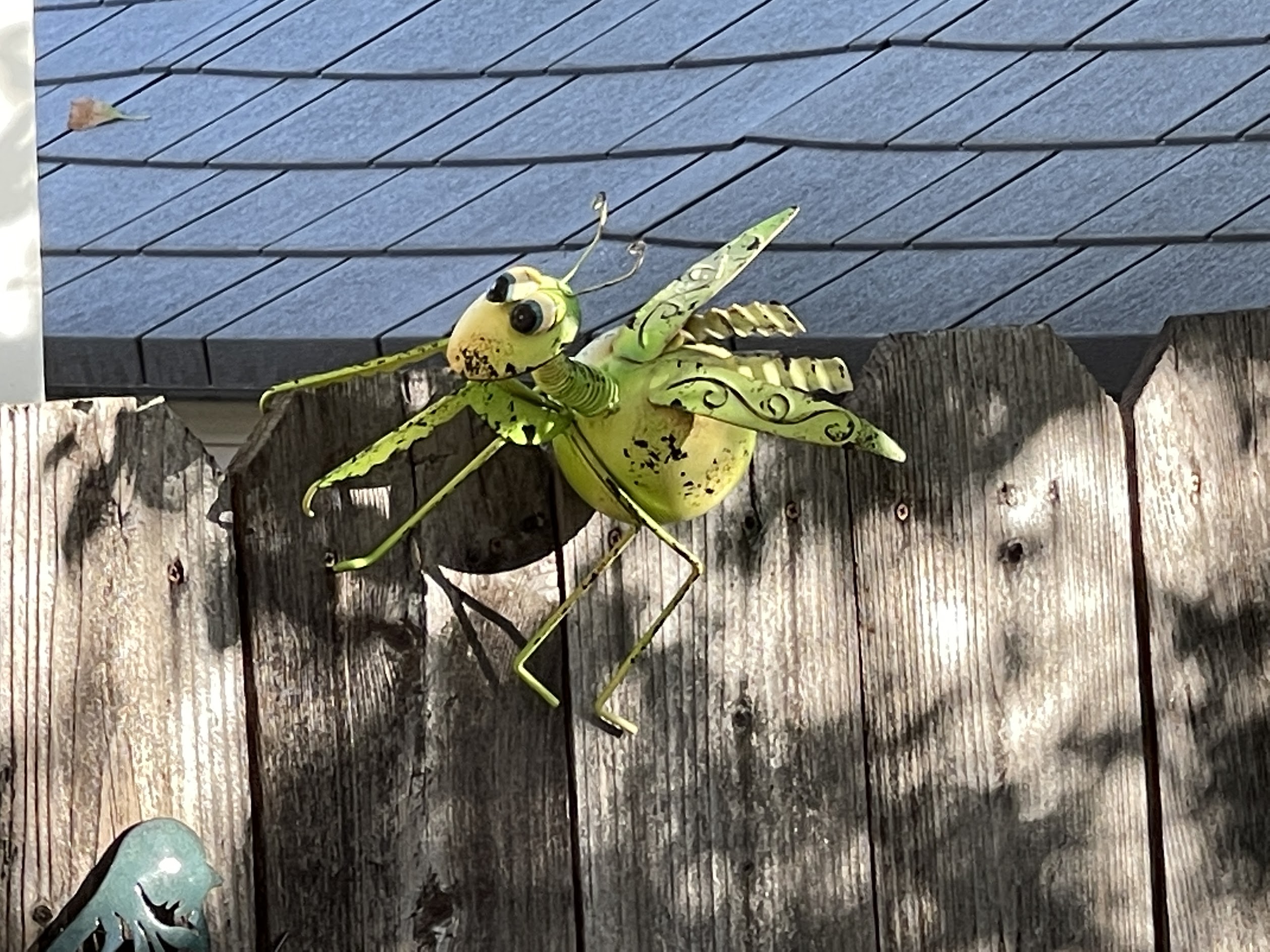 Mary headed to work, and I worked for hours in the office, hiding the electrical connections, filing papers, and paying bills.  I finally had to tell Verizon to send me paper bills as their connection to BofA was not working; three months later, I got a message that my bill was late!  I gave them the what for and finally changed back to reliable paper.

Around 3:00 PM, I headed to CVS to pick up a prescription and then to the cleaners. ON the way, I stopped at Ralph’s and decided to fix dinner for my working lady.  She mentioned she liked Chicken Pot Pie,” so I did it.  I am NOT the neatest chef in the world, but the results were super.

I did get a little stressed and screamed at my colander, and now I have a strained voice! 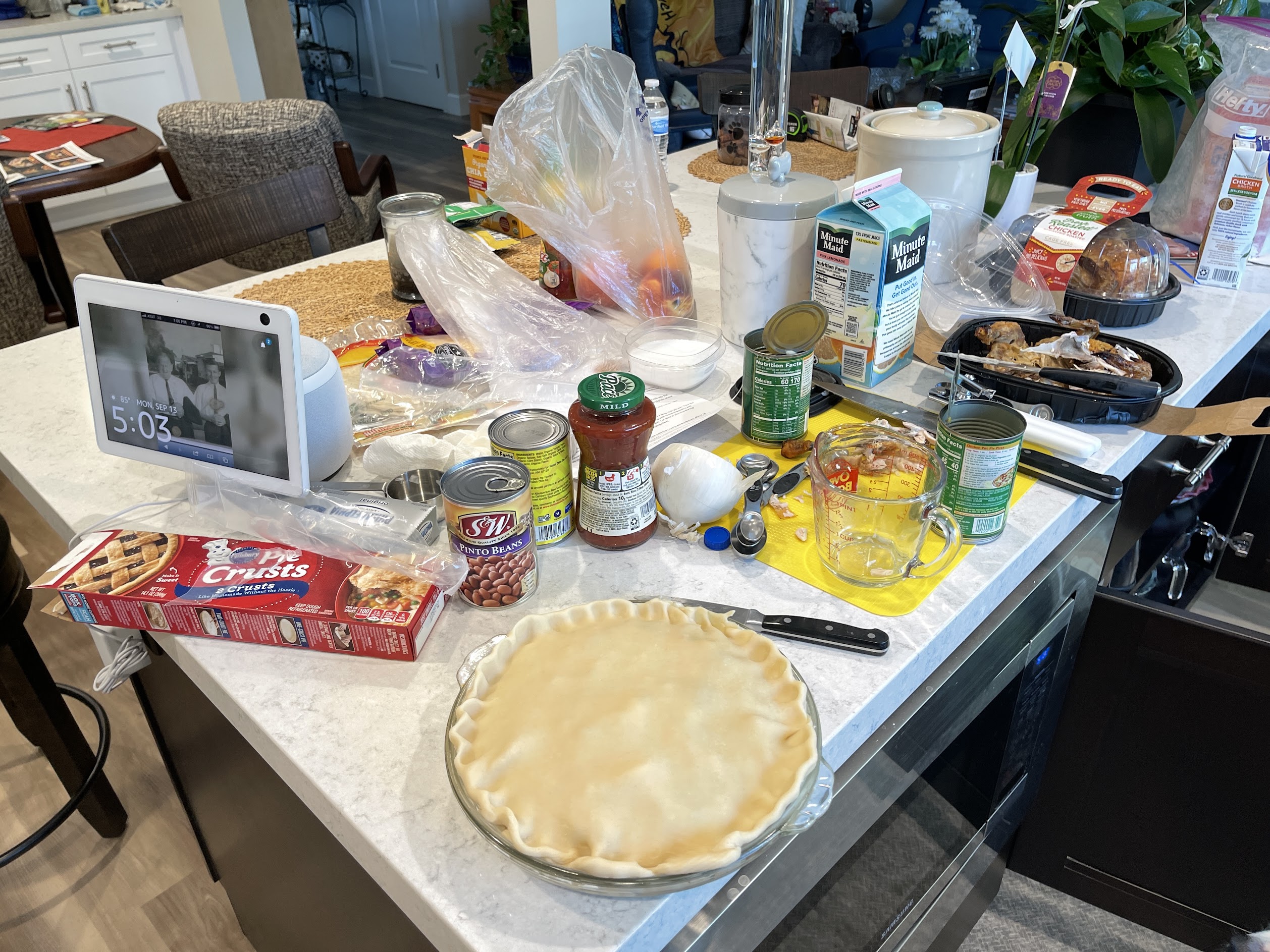 I made a mess!

Scout, a.k.a Five Miles, was going wild as I took the meat off the roasted chicken.  I broke down and few him a couple of bits.  After all, he did keep the elephants away from the backyard all day!

I gave Scout some chicken and then I gave him some garlic by accident. Now his bark is worse than his bite. 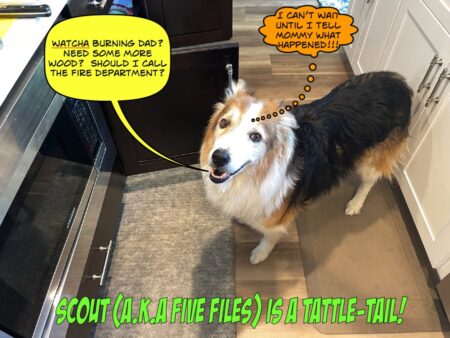 Mary called at 5:00 PM and was on her way home, so I panicked and got things cleaned up!  She could not tell Hurricane Paul had just come through. 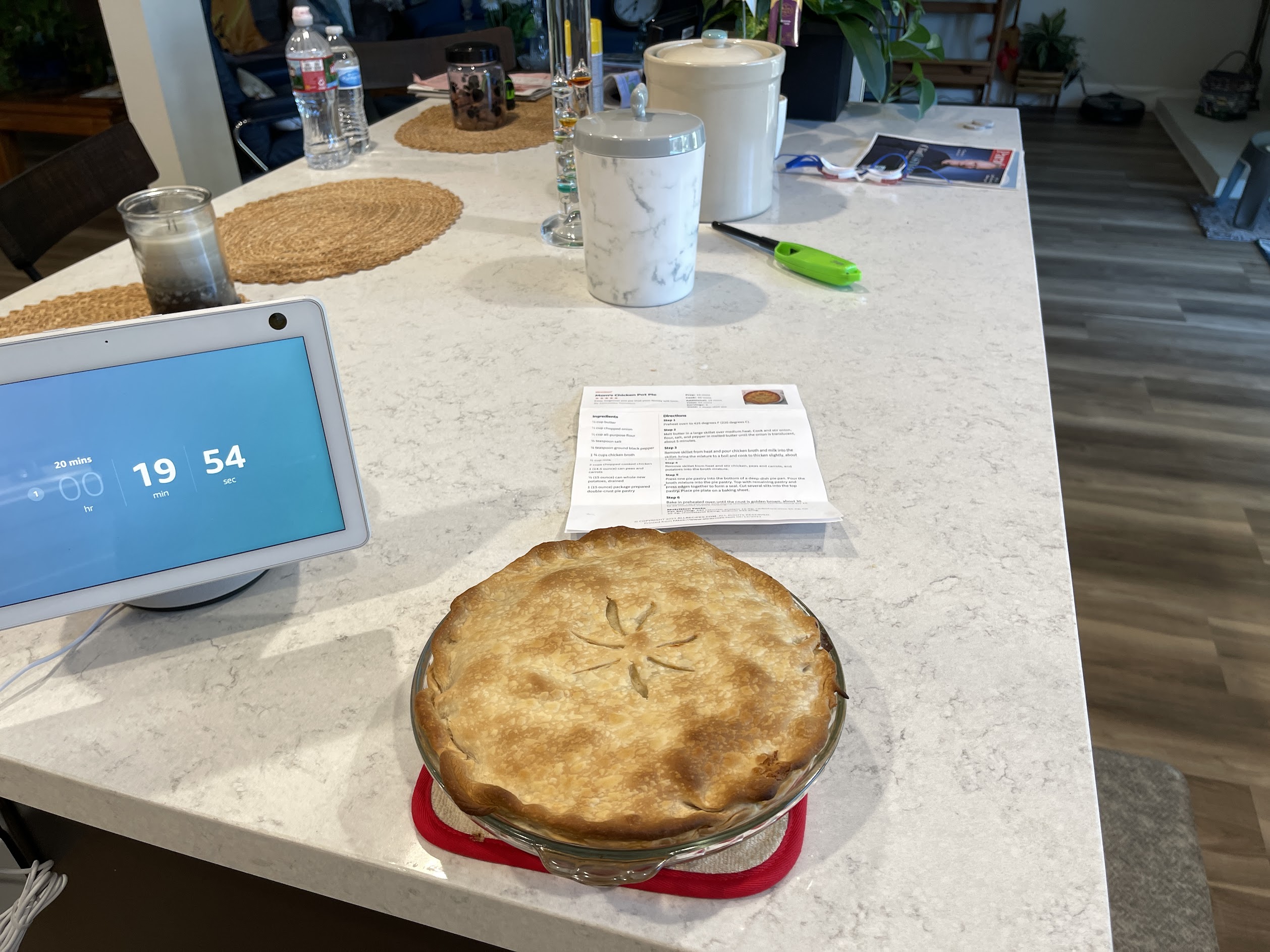 The results were amazing!

Mary was amazed, and she could smell my cooking clear into the garage!  She was NOT sure what it was, but it smelled good!  We dined immediately, and she was amazed (so was I).   I told Mary about the incident where a fly got stuck in the strainer. I exclaimed, “You got yourself in a fine mesh.”

We went into the backyard after dinner and set up the party lights.  We are going to need additional lighting.  A call to Chuck or Joe may be necessary!  We crashed early without the spa, Mary was pooped out when she got home; but, well fed!

Just an old retired guy trying to finish out my last years on this planet. I lost my best friend and wife in early 2020. I was blessed again by reconnecting with Dr. Mary Côté, a long-time friend. Mary and I got married July 28th, 2021, and are enjoying life together and plan to spend the rest of our lives being a blessing to our friends and family.
View all posts by Paul →
This entry was posted in Working Around House. Bookmark the permalink.