A Day That Will Live In History!

Mary moved the last of her things to Casa Valencia today, and we had three trucks and eight guys working their tails off from 9:00 AM through 5:30 PM. The guys worked hard a; day and they were a very polite group which I would highly recommend if anyone ever wants to move.

The packers were at Mary’s yesterday, and all the guys had to do was move boxes, plants, BBQ, gazebo, TV’s and other goodies.   I was shocked when it filled up two trucks! 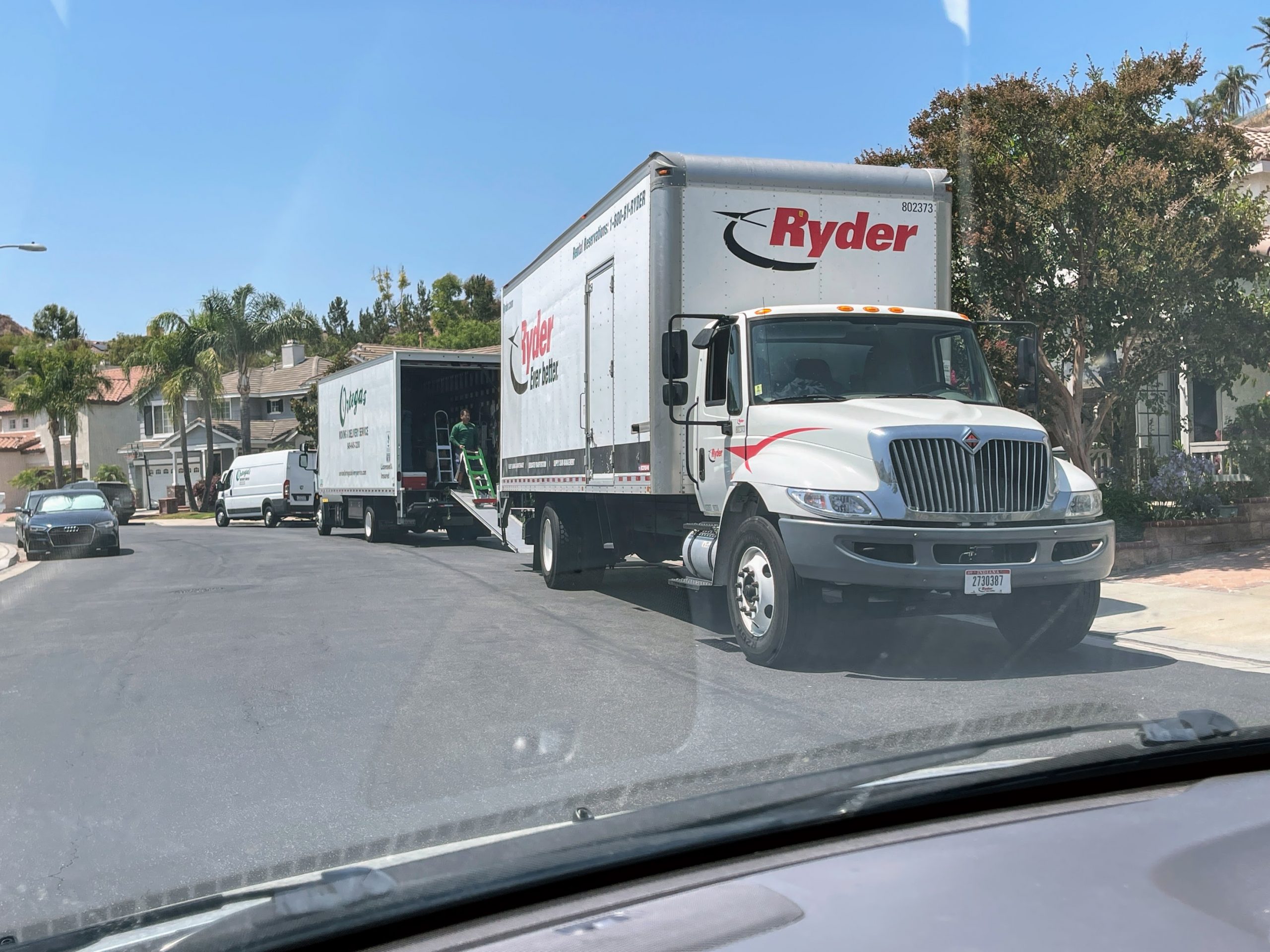 18 wheelers lined up as far as the eye could see!

We decided to take the gazebo because we could set it up at the far end of the pool, and it would be a nice place for private conversations, plus it provides some needed shade. The guys had it down and moved in a few minutes! 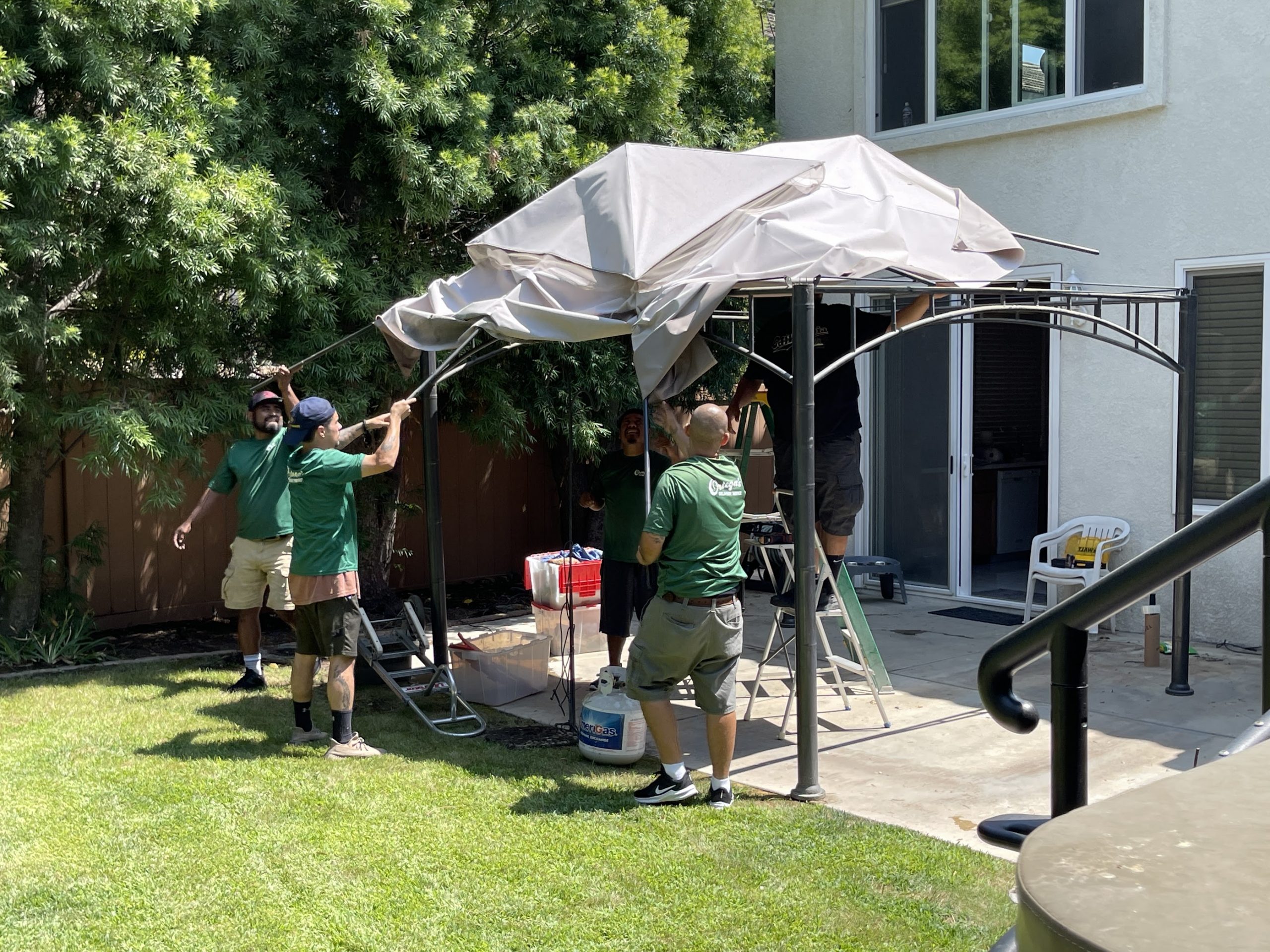 The gazebo is coming to Casa Valencia!

Bob Z came over and helped me with some things; he is a good friend.  We directed traffic ass the trucks unloaded, and it was like a three-ring circus!  Boxes were flying; hand cars were burning rubber as they careened around the yard.  It was a sight to admire.

We were so tired that we went to Mary’s and used the swim spa and then returned to Casa Valencia and walked around the pool before crashing. We only took one bottle of wine because we knew we had to drive.

After getting HOME, yes children, it is now our home; we wandered around the back forty and sat at the gazebo. The reflections were so pretty that I had to take a picture. 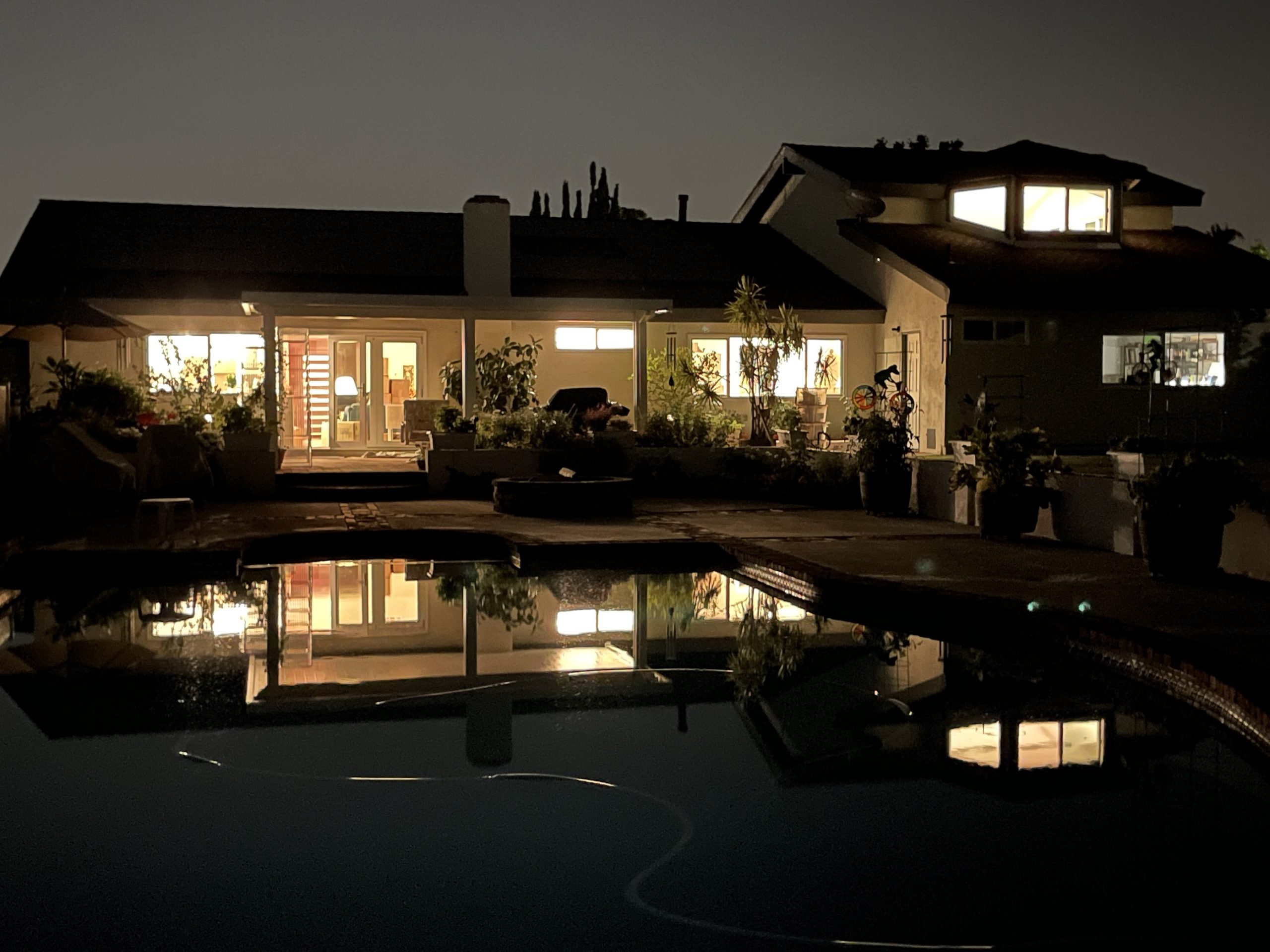 View from the gazebo’s new location!

Every room was stuffed with boxes!  It took an effort to find the bed.  We crashed and crashed hard!

I accidentally handed Mary  a glue stick instead of chapstick. She still isn’t talking to me

Just an old retired guy trying to finish out my last years on this planet. I lost my best friend and wife in early 2020. I was blessed again by reconnecting with Dr. Mary Côté, a long-time friend. Mary and I got married July 28th, 2021, and are enjoying life together and plan to spend the rest of our lives being a blessing to our friends and family.
View all posts by Paul →
This entry was posted in Working Around House. Bookmark the permalink.