March Tooth! We Are Zooming Today!

March is the month God created to show people who don’t drink what a hangover is like.

The sun peaked out between the clouds making for a beautiful sunrise.  I almost crawled onto the wall to crow.  Crowing is a warning signal advertising territorial claims. Data suggest that the highest-ranked rooster has priority in breaking the dawn, and lower [ranking] roosters are patient enough to wait and follow the highest-ranked rooster each morning,  I wasn’t sure where I stood plus I didn’t want Mary coming out and throwing her shoes at me knocking me off the wall and into the neighbor’s flower bed! 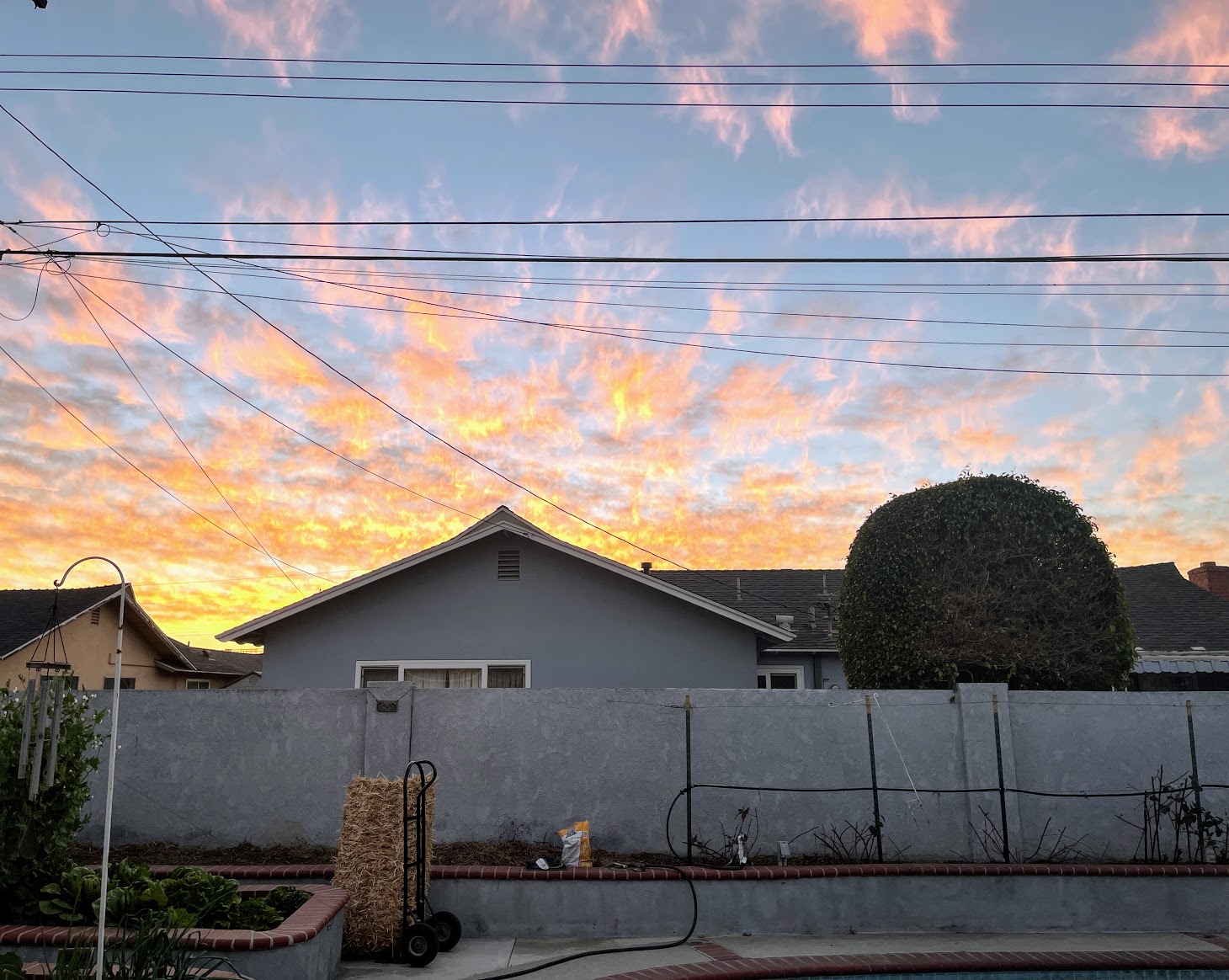 We were here; we were there; we were here again.  We could have been called the Orange-Rossmoor Express today! Mary came over early and we planned the day so carefully.  But, you know about the best-laid plans of mice and men!

We were at my house doing chores, working in the garden, and visiting in the morning.  Then, the phone rang.  It was the physical therapy office saying, “Mary, do you want to come in at noon? We had a cancellation?” We jumped at the opportunity!

We packed up quickly as we only had a slim margin to make the appointment time.  We threw Scout in the back seat, which was much easier than tieing him to the hood of the car,  and rocketed to Mary’s so she could get her PT costume. I, of course wanted to help, so I go into my costume also. 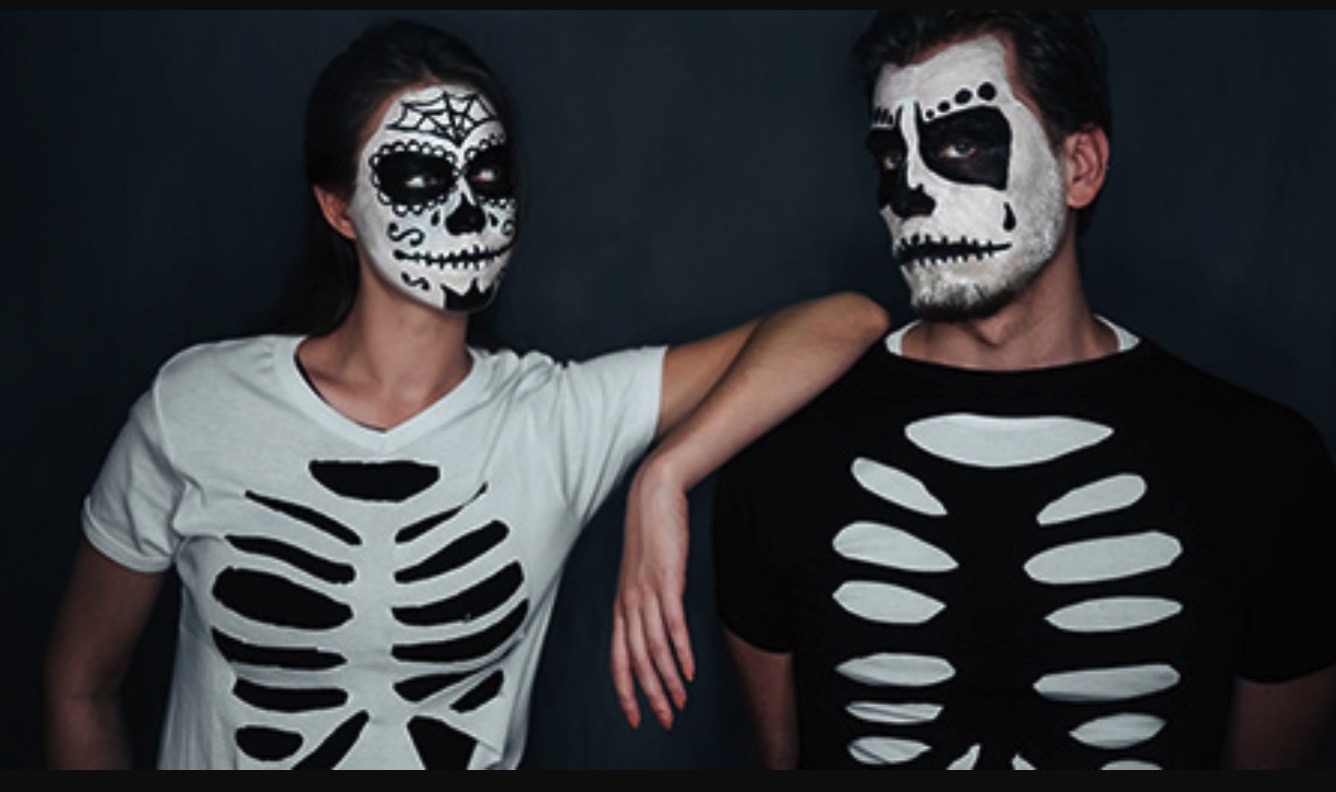 Note To Self: Do not yell “Trick Or Treat” when entering the PT facility!

Scout was watered at Mary’s, and we headed for the PT facility post haste.  We broke the speed barrier, whipped through downtown Orange’s traffic circle five times, and skidded onto Main Street on three wheels… the two on the right side of the car and the steering wheel! 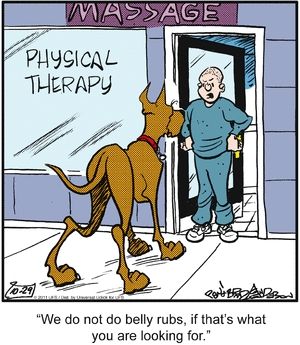 We thought about taking Scout to PT but dropped that idea quickly!

We walked in the door at High Noon, I wanted to whistle the theme song from High Noon, but Mary suggested I behave, not easy for me!

Ninety minutes later, the pretzel lady came out with a few additional pains and aches and a new twist.  We headed back to Mary’s and, on the way, decided to get the baby and return back to Los Alamitos, for I had some business I had to get done.

Vicky texted us, and Del is now home.  We brought over Corned Beef and Cabbage, and she was quite happy.  I went to the market for some goodies and came back with a full bag plus blueberry margaritas; the trip was a success. We took the CB&C next door so they would not have to order pizza again! 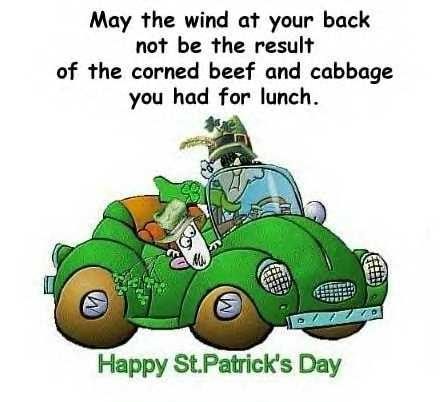 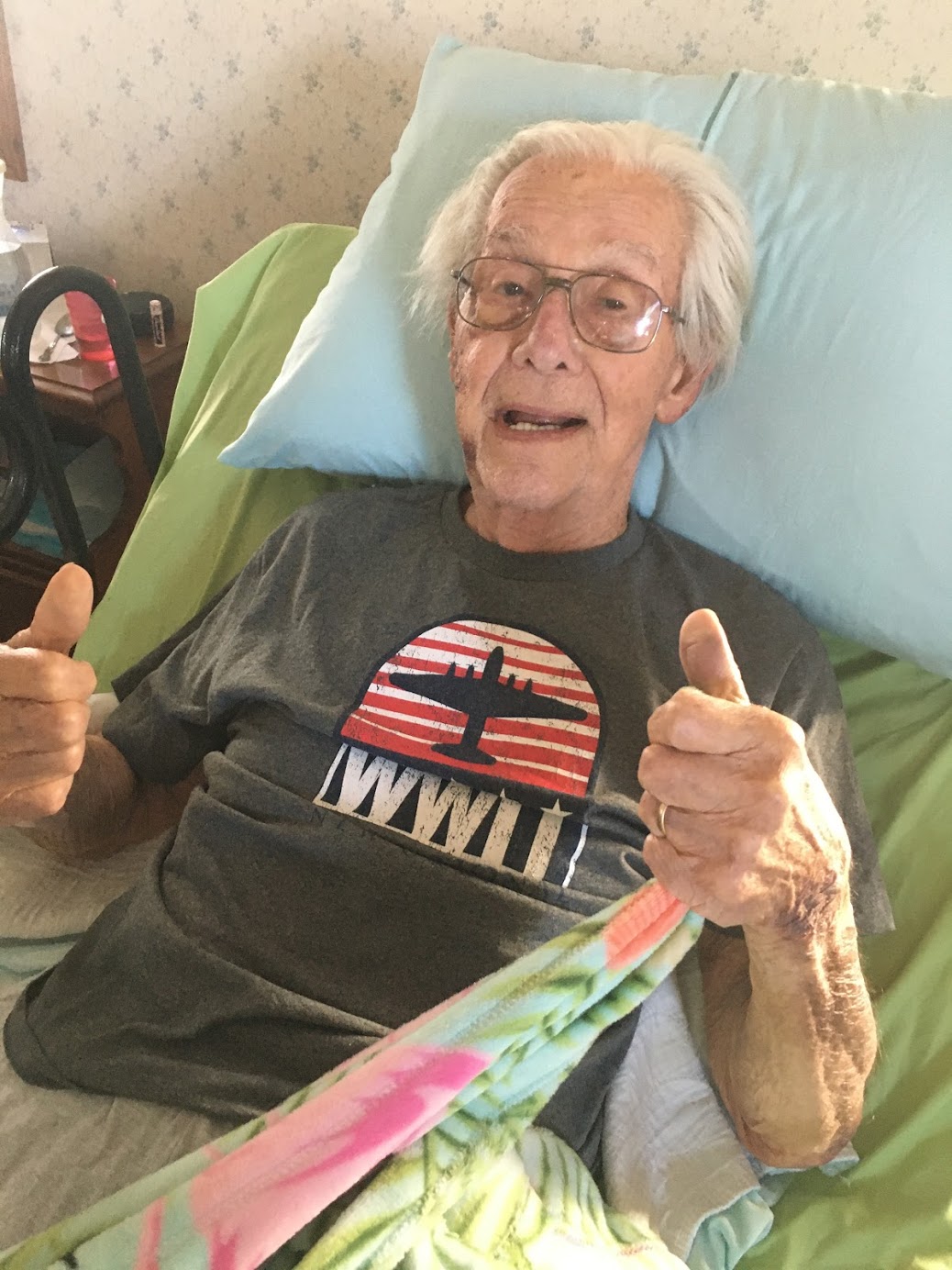 We had dinner, and while devouring the stirfry and last of the artichokes, we decided to make pinto beans.  The iMac in the kitchen was put to work; YouTube provided all the answers. 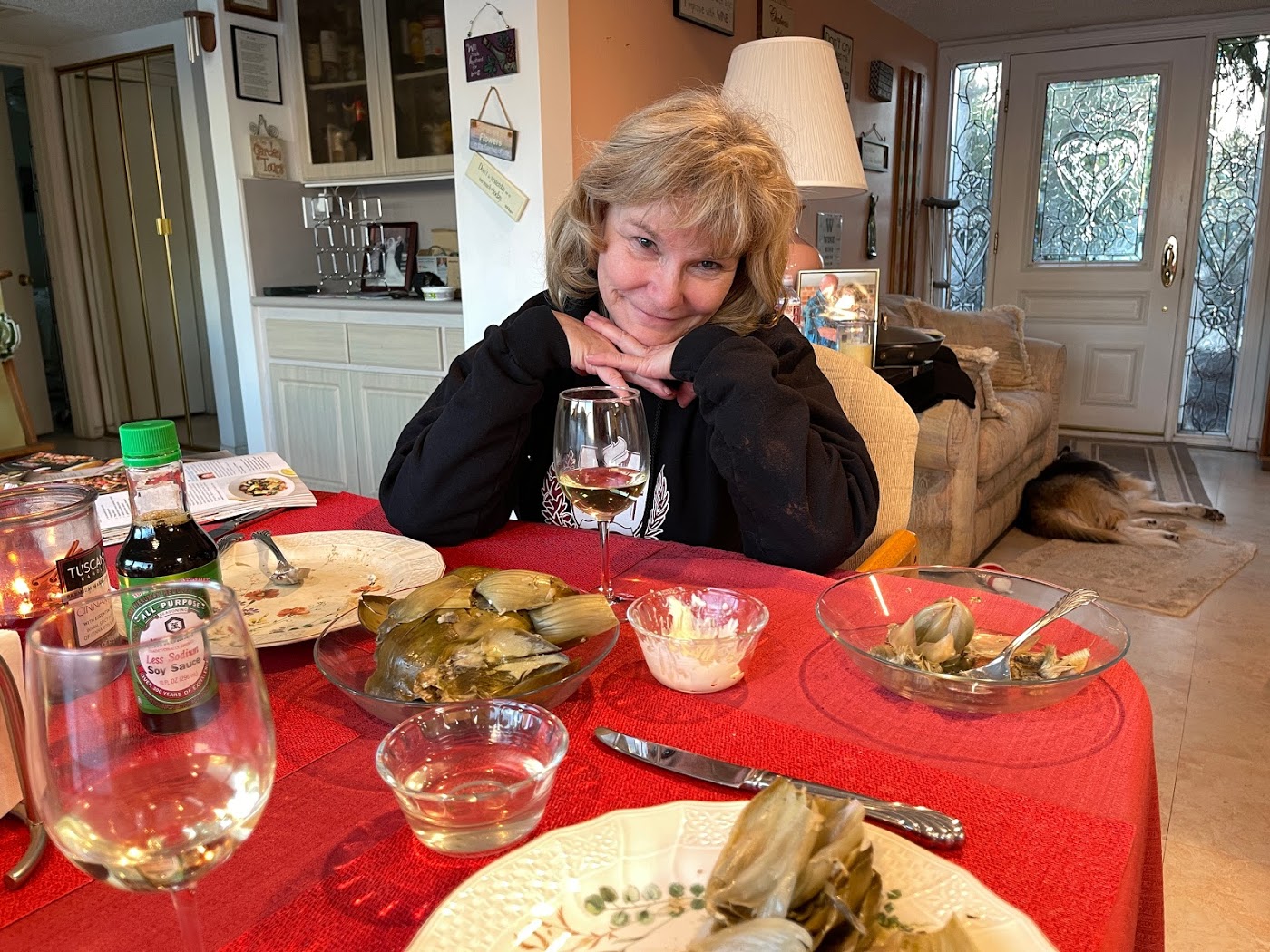 “Do we have any Irish Soda Bread?”

We decided to try beans in the InstantPot, and what a great idea.  We did not soak them, just popped them into the machine for 30 minutes with onions, three cloves of garlic, bay leaves, and a pinch of baking soda, and voila, we had beans! 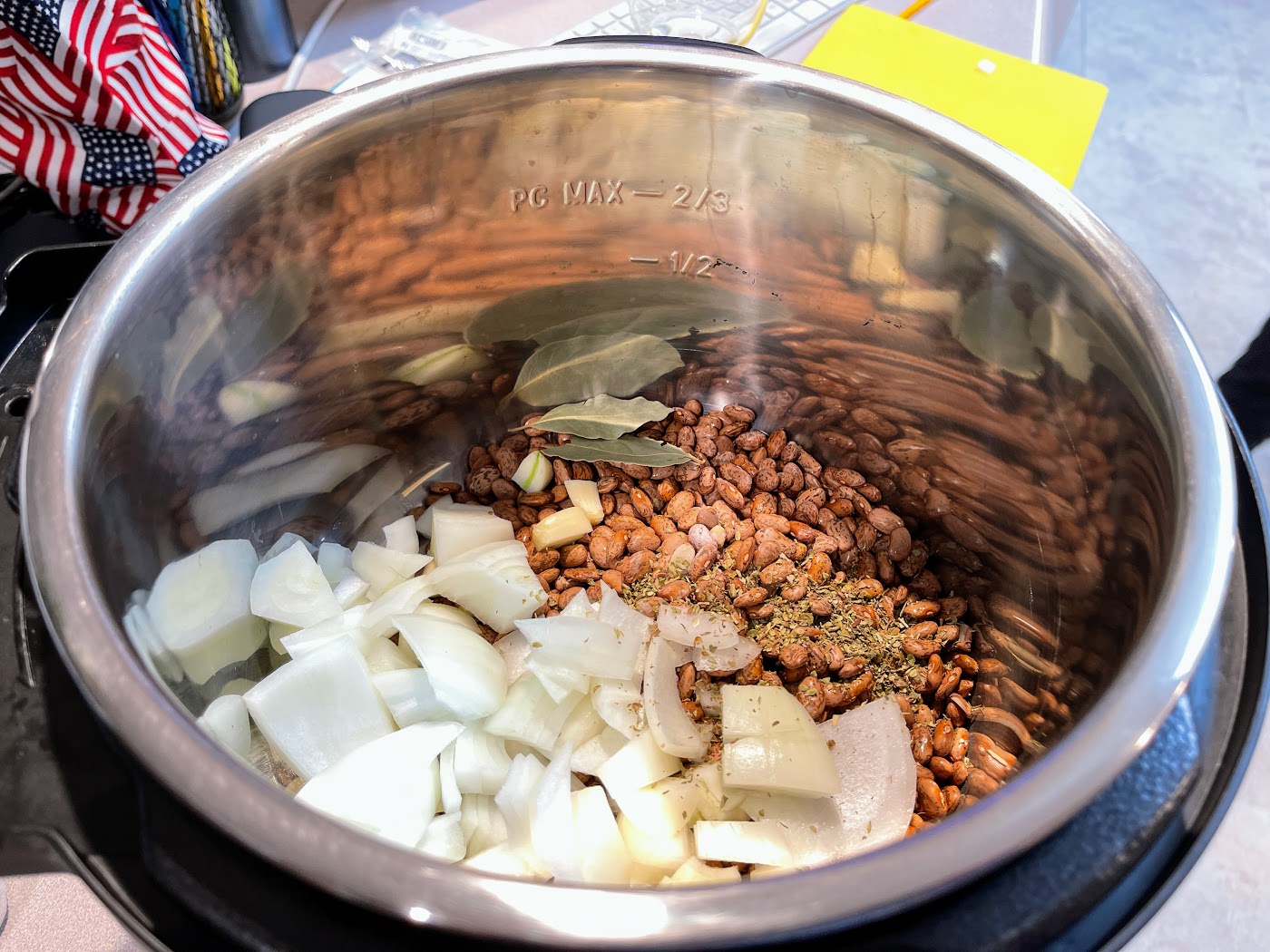 I see a lot of beans in my future as they can be ready in minutes!

Two And A Half Men was not on the TV tonight, so we are wondering if it has been dropped from KTLA?

To pass the time, we hit my hot tub, and it was perfect.  95 degrees, a glass of wine, and us.  We starred at the stars and talked for an hour or more.  We talked about our kids, especially about Robin, Joe, and Colleen.

Mary asked me, “What do you get when you drain a hot tub full of clowns? Several gallons of laughing stock.”

Mary told me about her recent hot tub event when she and Sandy went to Hawaii.  I listened with great care…

I got into a hot tub with two other ladies while visiting Hawaii.

I was a little older than the two slightly younger women and we began talking about the convention we were attending and how technology was wonderful.

Suddenly there was a beeping sound. The first younger woman pressed her forearm and the beeping stopped.I looked at her questioningly. “That was my pager,” she said. “I have a microchip under the skin of my arm.

“A few minutes later a phone rang and the second young woman lifted her palm to her ear. When she finished she explained, “that was my mobile phone. I have a microchip implanted in my hand.”

I felt very low-tech and not to be out-done, I decided to do something just as impressive.

I stepped out of the hot tub, went to the bathroom, and returned with a long piece of toilet paper hanging from my rear end. The others raised their eyebrows and stared at me.

I finally said “well, heavens to Betsy, will you look at that …. I’m getting a fax.