“Doctor, there’s a patient on line 1 that says he’s invisible.” “Well, tell him I can’t see him right now.”

Because it was so late after the movies last night and we had to be at the surgery center at 7:00 AM, I suggested to Mary that she stay over, using Robin’s bedroom, which has plenty of room.  So she and Scout both made sure I was up and ready to leave on time.  The surgery center is four minutes from my pace, so it made sense not to drive 40 miles!

Yep, today I get my knee fixed.  Miss Mary took me to the surgery center and then returned to my home to await a call.  Only the patient can go in due to the COVID-19 situation.

I called Joe while waiting to go to the prep area, and he told me to see Colleen’s post on Facebook. I was taken aback; Colleen is a sweetheart!  Unfortunately, she inherited my sense of humor, not necessarily a bad thing! 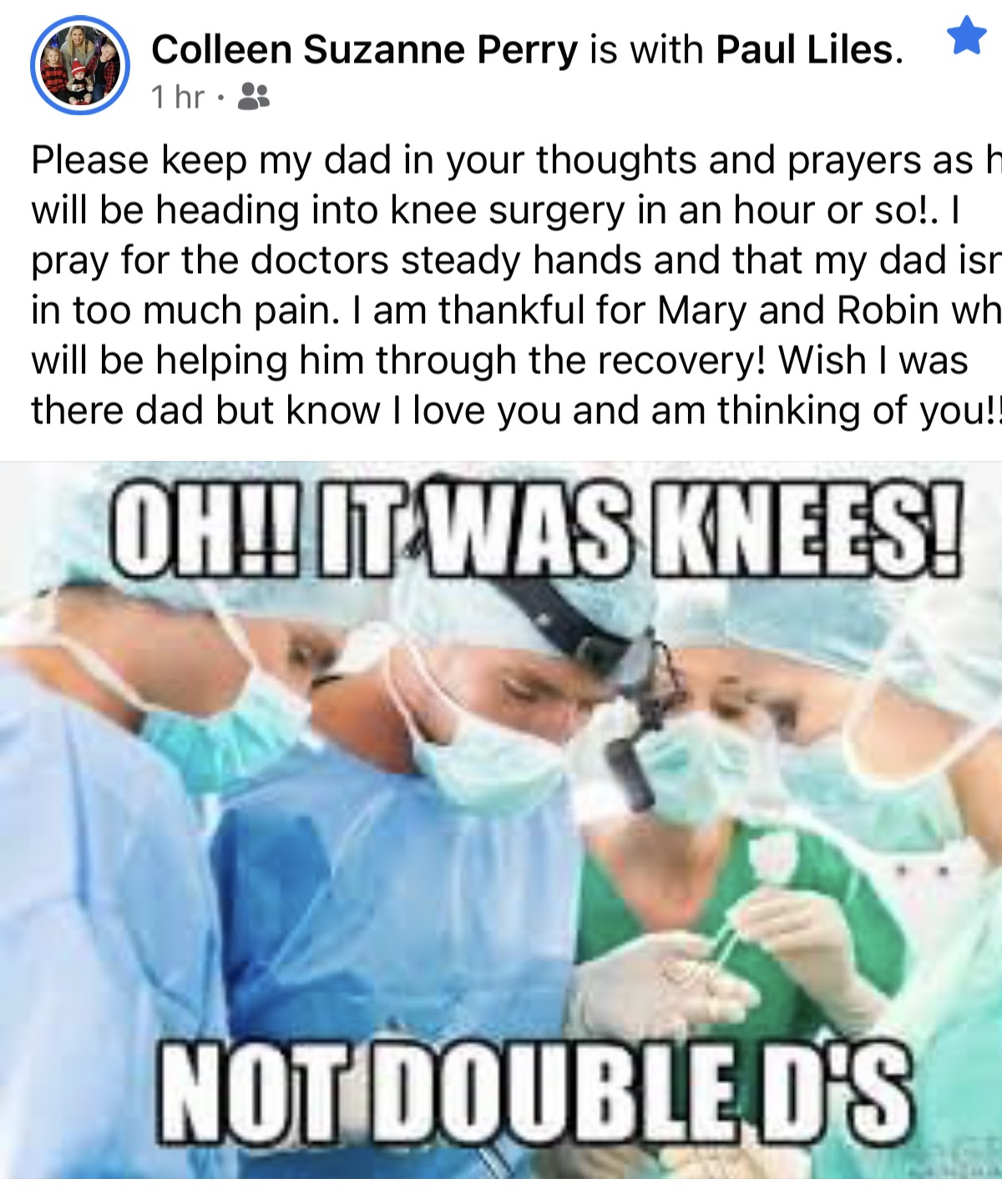 Due to the COVID-19, Miss Mary could not go in, so I had to get ready by myself.  That means a selfie was required.   The first one I took was a little too revealing, so I aimed the camera a little higher and tried again! 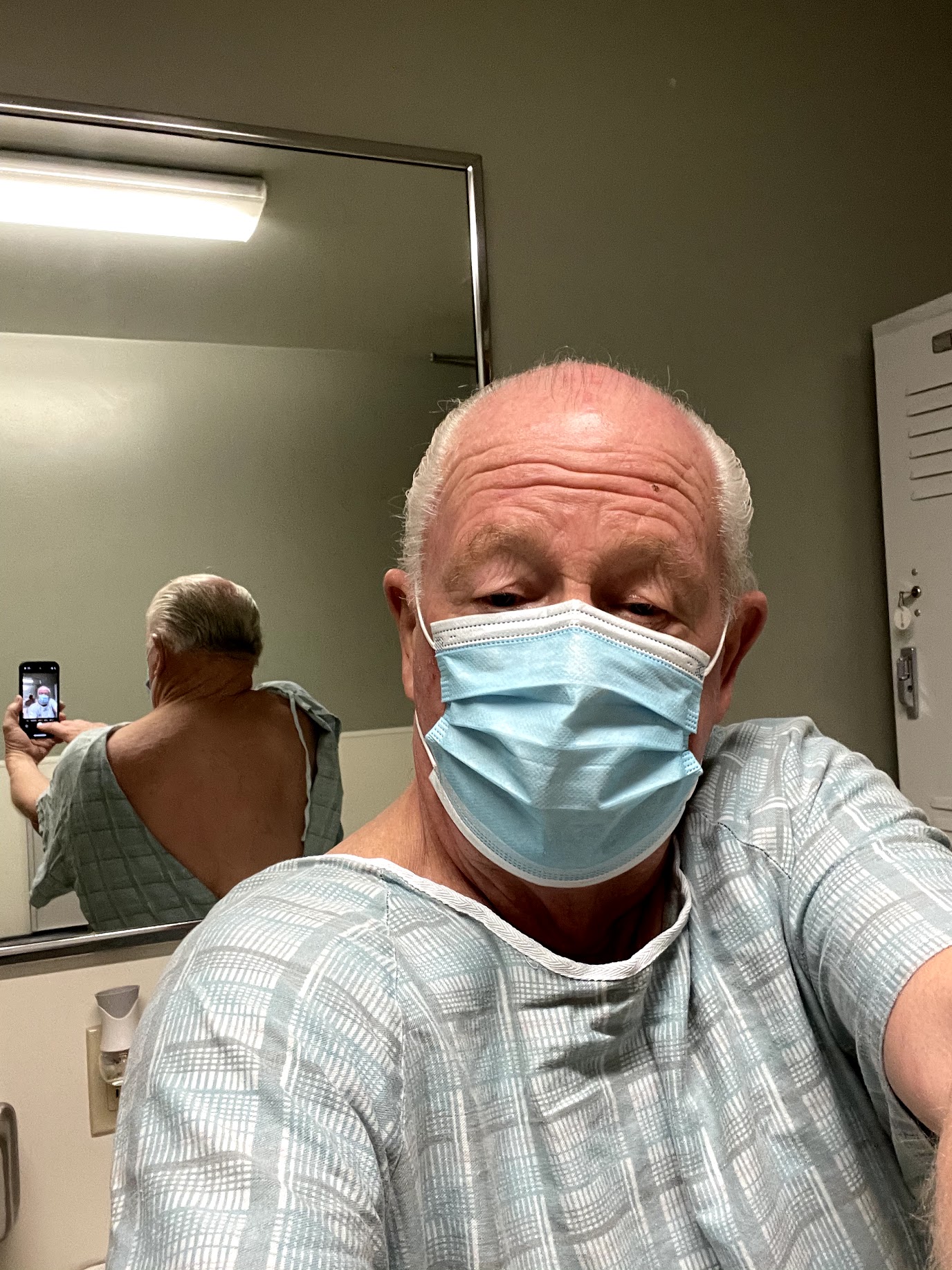 This one is only R-Rated!

I had to wait over an hour in the recovery room as the patient ahead of me had some complications, which was worrisome.  He was eight months pregnant ad there was a lot of consulting going on! Actually, Mary told me at home that the doctor was late in arriving. 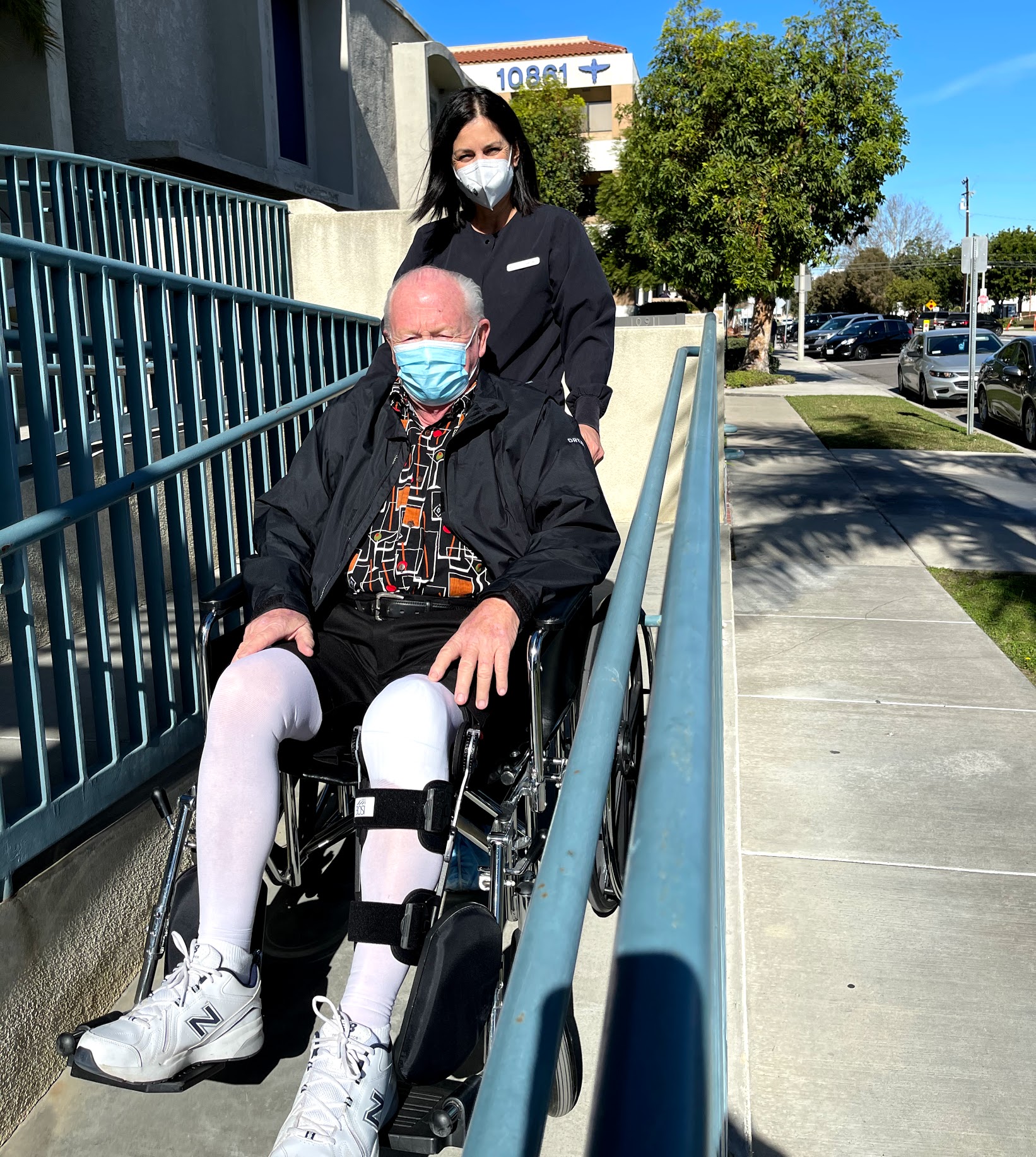 I offered to push the nurse, but she turned me down!

OK, we arrived at the loading zone.  Loading zone?  What am I a sack of potatoes?  The hatch opened, Mary was in her flight suit, oxygen hoses hanging loose, and leather gloves were on.  What can this mean? 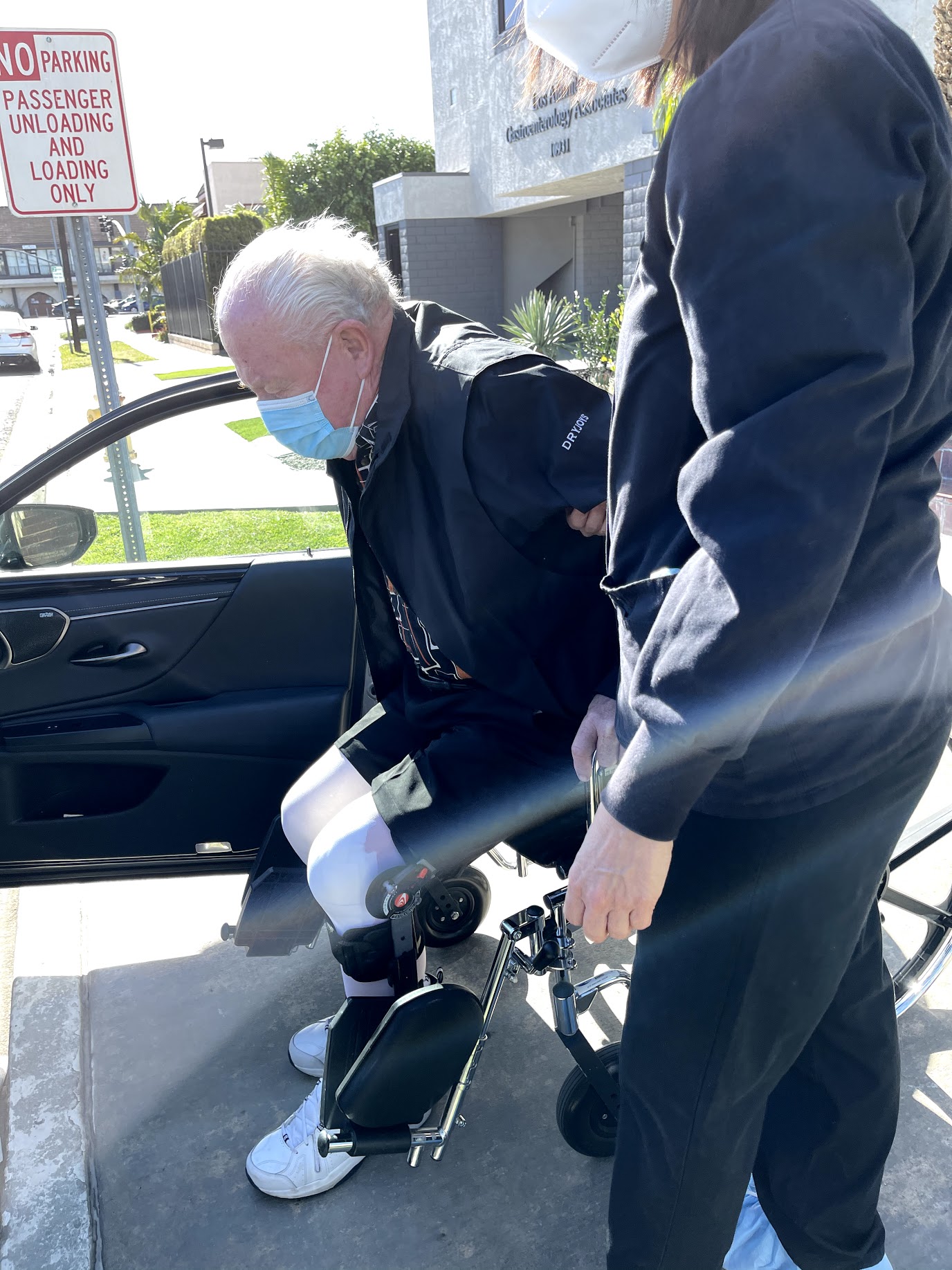 Here comes the scary part of the day, getting in the car with Mario Andretti Cote. I said my prayers, moved my poor little body towards the hatch, grabbed for the seat belts, front seat, and back seat, strapped myself in, cinching everything tight, said three more prayers, retightened all the harnesses, almost cutting off my own circulation, closed my eyes tightly, and said: “OK Miss Mary, I am, ready for Warp 7!” 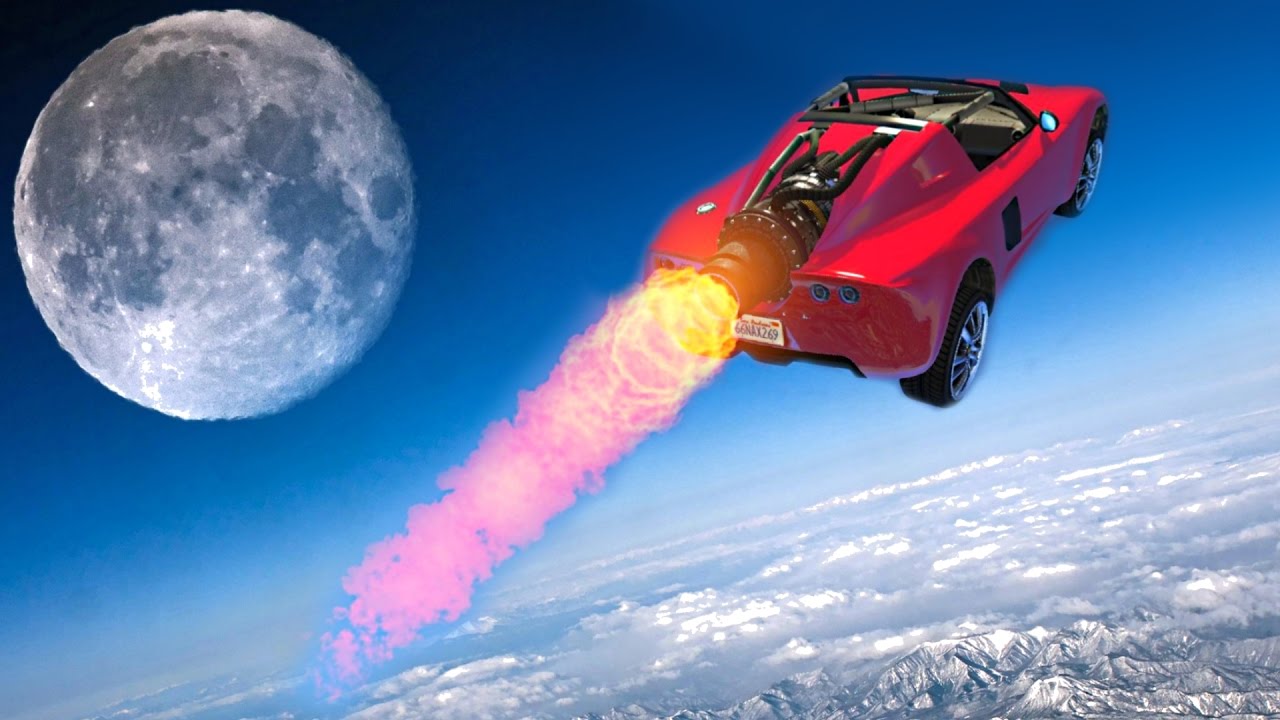 The takeoff was not as bad as I remembered. Still, the acrid smell of burnt rubber and the look of terror in the eyes of the oncoming traffic was a gentle reminder that I was in the Starwars Express Rocket to Endor, a mere three lightyears away!

We began to slow down as we entered my street, Mary executed a perfect 180-degree turn, hit the retro-thruster-rockets, and I noticed the neighbor’s trees lying over at 45 degrees, nearly stripped of all leaves and bark.   She did another perfect 90-degree turn into the driveway, and I awaited what I expected to be a slight crash into the garage door, but no, the landing was perfect.

After getting out, or should I say jumping out, and kissing the ground, I walked around to the front of the car, and the nose was 0.00001″ from the surface of the garage door. I heard a faint voice from inside the garage; I think it was my Alexa thanking the God Of Electronics for saving her life, for it might have been a firey death!

Mary got me to the dining room table where I wanted to sit for a few minutes and kill off a bottle of Jack Daniels so I could relax from “the ride.”

No alcohol for me as I was still under the drugs’ influence, not from the operation!  The drugs I took before getting into The Silver Rocket (Oops, I meant The Silver Fox).

Mary decided we needed food as we both had not eaten since 6:00 PM last night when Robin came by and had dinner with us, bringing In-N-Out cheeseburgers!  That was my last meal!

While I recovered, stopped shaking, changed by under-garments, and returned to normal after the ninety-second ride home from the surgery center, Scout took Miss Mary to the backyard and pointed out the best heads of lettuce and other greens. 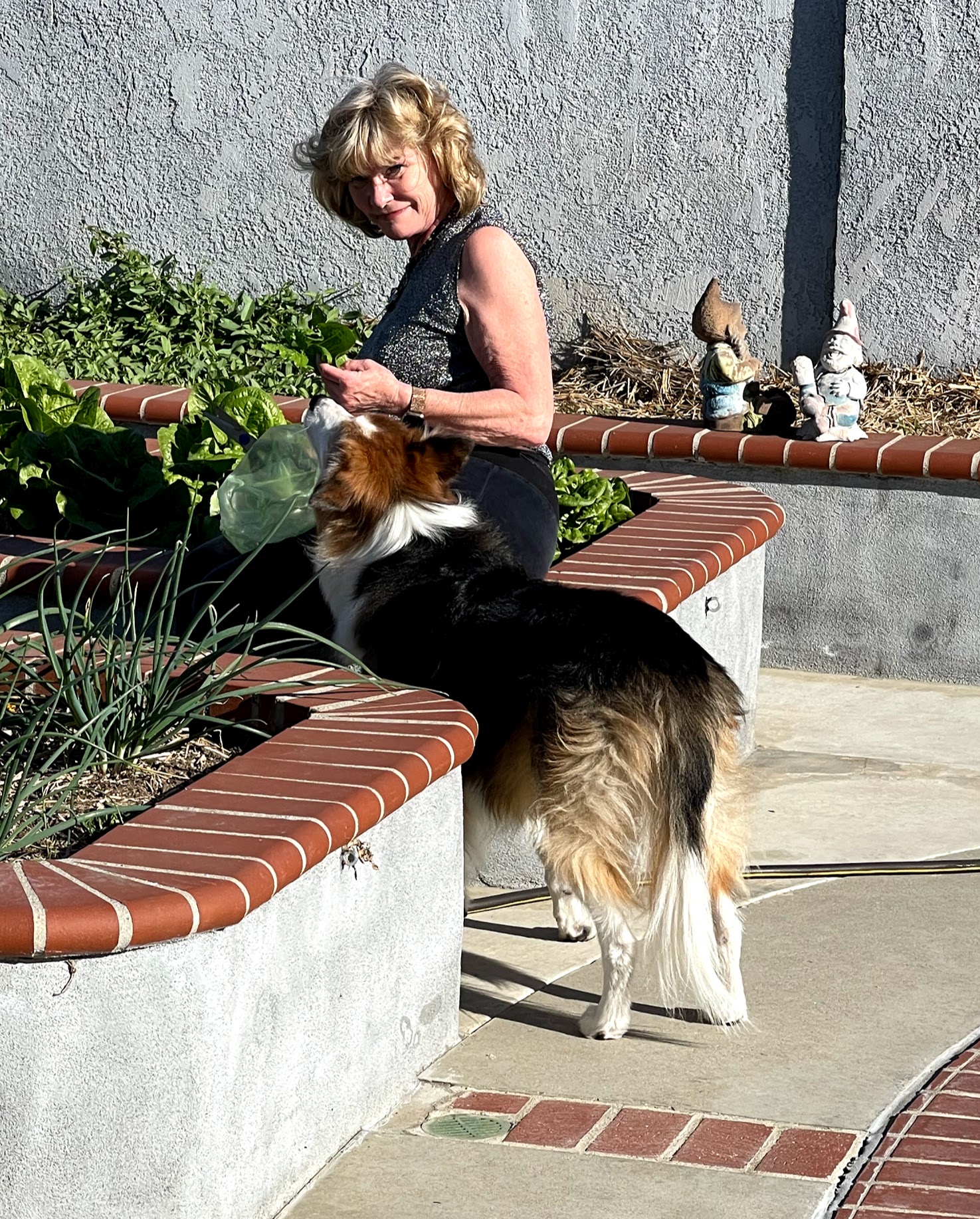 Scout, The Wonder Dog, was there to help!

That lady can sure cook up a storm, and she makes great healthy meals.  I felt bad not being able to help but staying off the knee was important today. 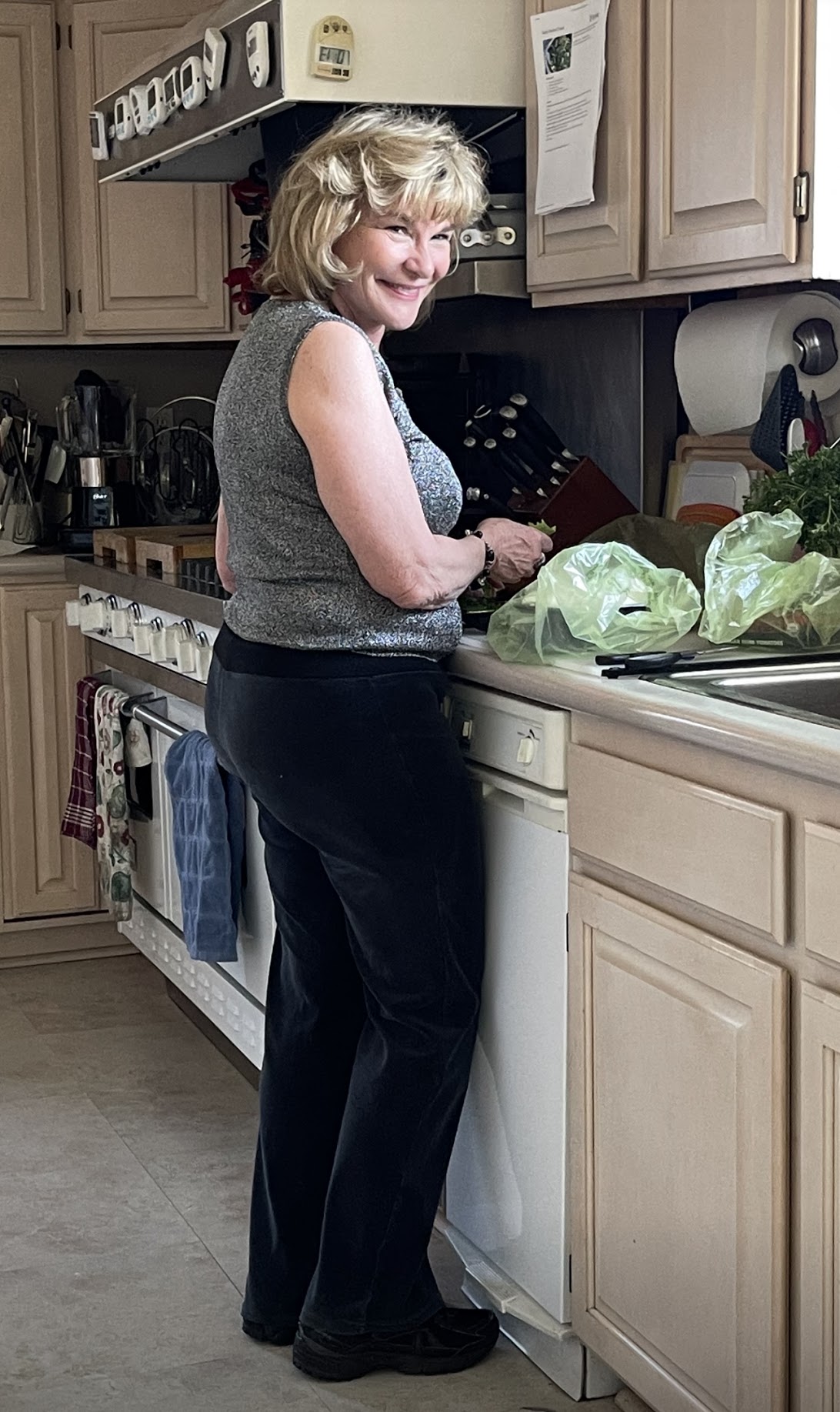 Miss Mary can sure cook up a storm!

After lunch, I went to the front room with Mary and caught a little bit of the news before going to bed for a while.  My recovery from the rocket-ride was not complete, except for the light bleeding from the eyes and the loss of hearing from the squealing tires; I laid down and watched a movie while Mary puttered around the house.

Robin came by to check up on me.  The In-N-Out burgers were amazing, and Robin refrained from asking about the skid-marks in the driveway. We visited for a while, and them Mary got me back to bed, put ice on the knew for the next few hours, and then we watched TV until about 11:00 PM when we both crashed,

I got a good night’s sleep with no pain as I moved about.  The brace and white panty-hose they gave me has to stay on for three days.  You will notice, I refrained from a “leg shot.”  OMG, my new style can be seen in the wheelchair pictures!  I wonder if I can get them then in red or blue?

I also got a battery-powered machine that squeezes my right leg every minute to keep me from having blood clots.  So, except for sounding like a robot or android from the strange sounds the machine emitted, I felt pretty good. I wonder if Mary was serious when she said, “If you don’t behave, I will put that machine around your neck!” I behaved, not going to risk it!

It was late, so Mary again stayed over, and she and Scout liked the middle bedroom.  They could hear me if I needed help during the night.  I am going to be VERY careful during this recovery!

Just an old retired guy trying to finish out my last years on this planet loving my best friend and wife, having fun, learning, and passing on helpful things to others.
View all posts by Paul →
This entry was posted in Doctor, Family, Food and Wine, Just Us. Bookmark the permalink.
Powered by Maribol IMDB Plugin