Off To Lunch And The Dentist!

What does a marching band member use to brush her teeth? A tuba toothpaste.

It’s a full day, which began with checking on the veggies.  They are doing quite well, but this weekend I plan to adjust the water sprinkler heads slightly for a little more coverage.

Mary, the organizer, made a list of “to do’s” and updated the shopping list.  We have cooking plans this weekend. 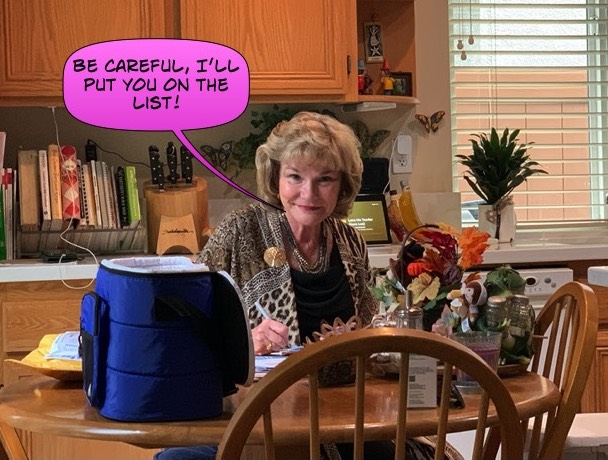 Oh dear, I had better be good!

At 10:30 AM, we headed to the Yucatan Grill to meet up with Miss Robin.  Mary was off from work, so it was the three of us.  Beautiful ladies surrounded me.  I had a margarita and was wound up.  I do not remember what I said, but I got a double “na-na-na-na I don’t want to hear it” from the girls. 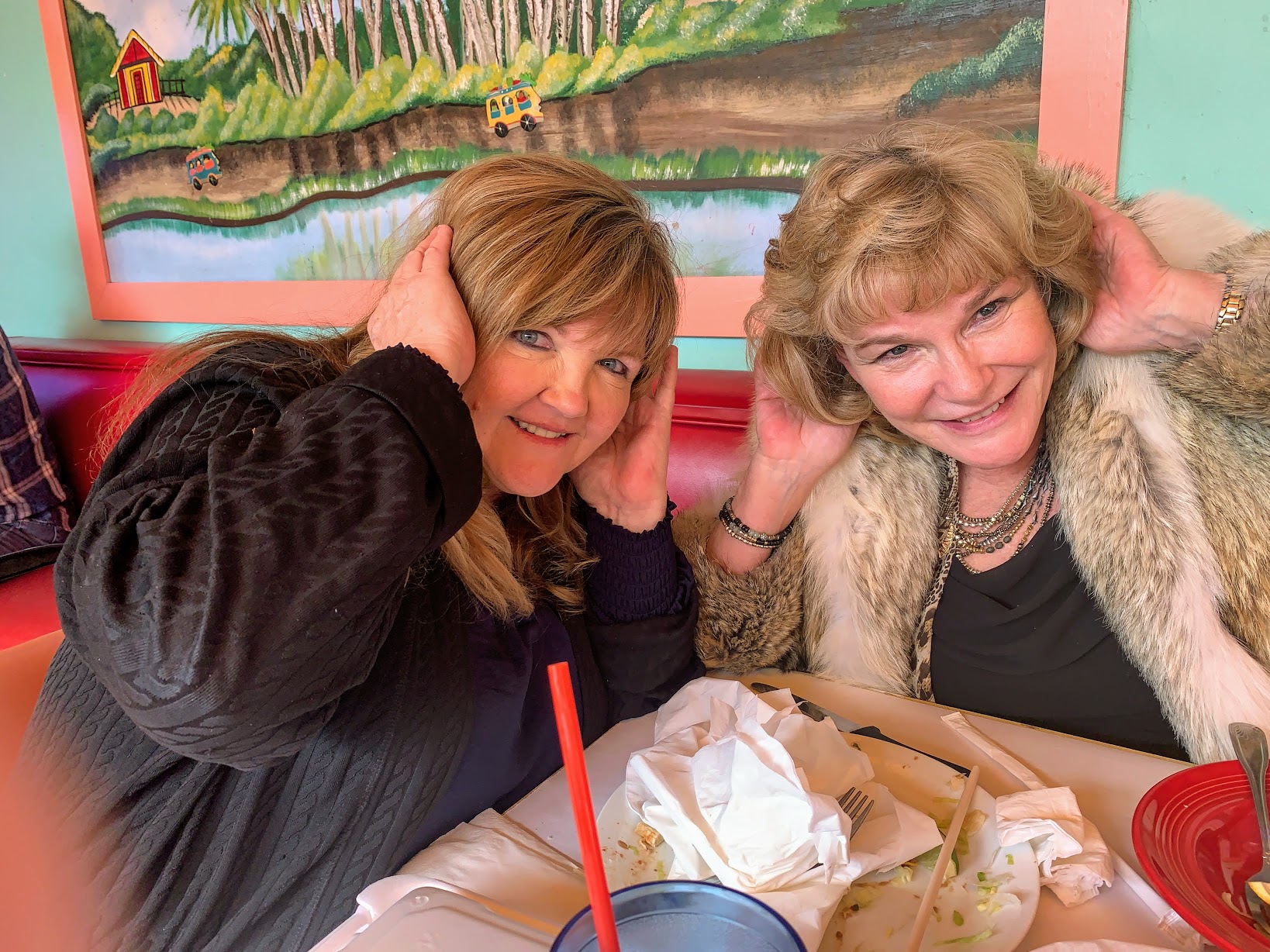 What in the world did I say???

We talked and talked, and it would have been perfect had Colleen been here to join us.  We will talk to her later on. 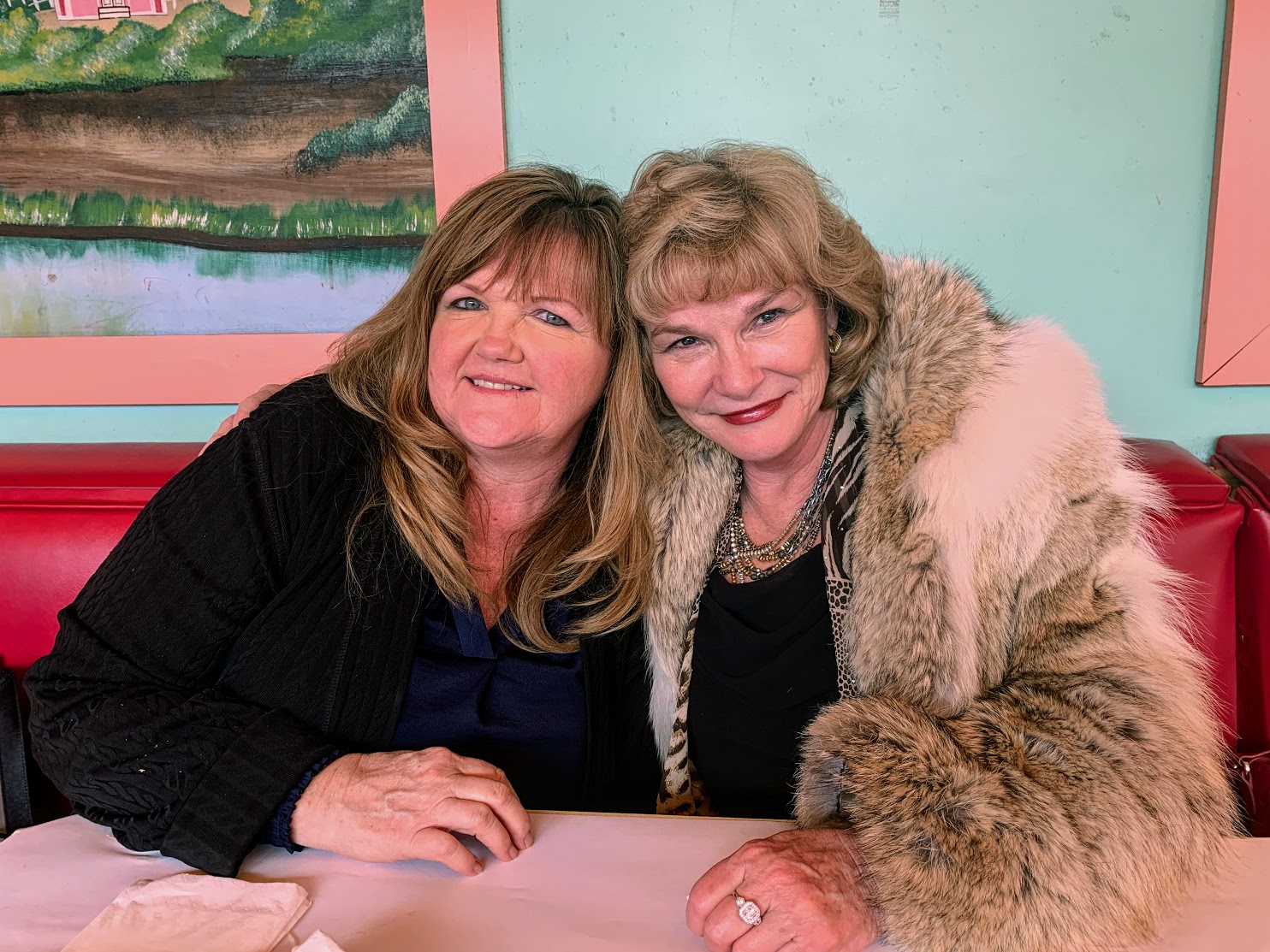 I love my family!

Mary thought their tamales were good and of course, I went for the shrimp diablo!

While taking the pictures, Robin pointed out the lizard on the ceiling above us.  We decided he was fake after the initial shock wore off.  Then little guys began to stare down at our meals. 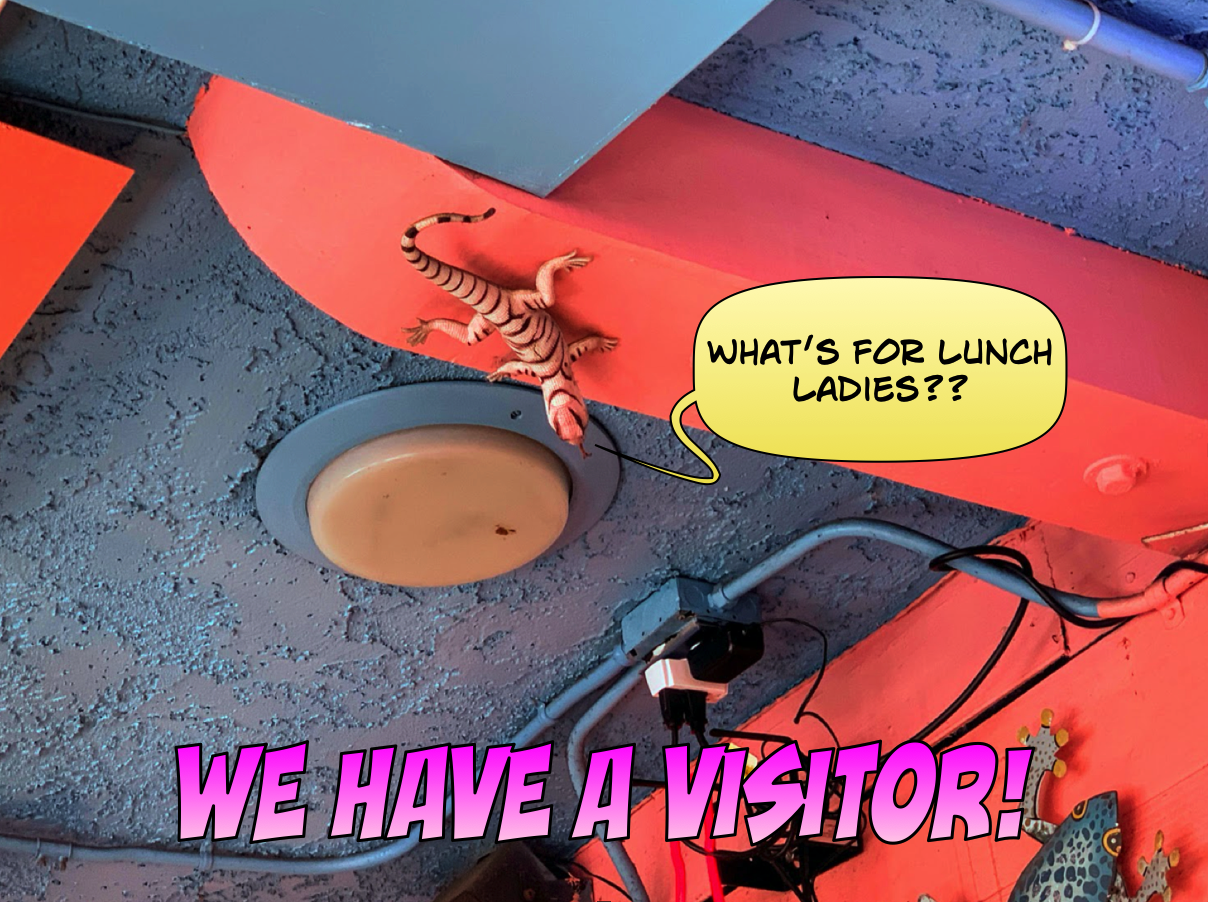 After lunch, we stopped by my house to move things around in the washer/dryer and check on the pool pump.  Fortunately, the pool fellow was there, and the noise Vicky heard was the pump reacting to the hose being filled with leaves.

Now it off to the dentist where I got a crown put in and made arrangements for a second crown in the next two weeks.  I had let my teeth “go” during the last two years as I was busy taking care of Sue.  Now I am catching up on all that stuff.

On the way to the dentist, we relived the zip line adventure, and I found this picture of us all harnessed up just before we began the adventure.  Mary forgot the Depends” she planned to put on me. 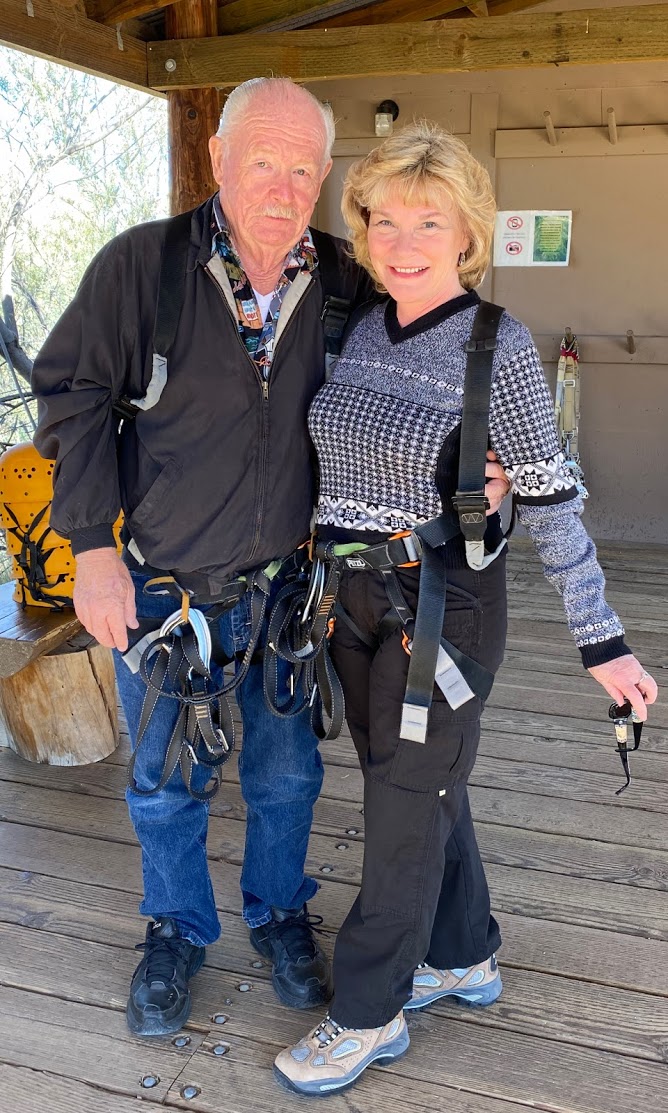 It took twenty minutes to unfasten all the ropes, belts, handcuffs, harnesses, etc.

We visited “Annie the Dentist,” and I got the new crown installed.  Mary joined me as she and Annie are friends.  Mary mentioned we should go to the dentist more often, it was the only time I had my mouth open, and nothing came out…peace and quiet! 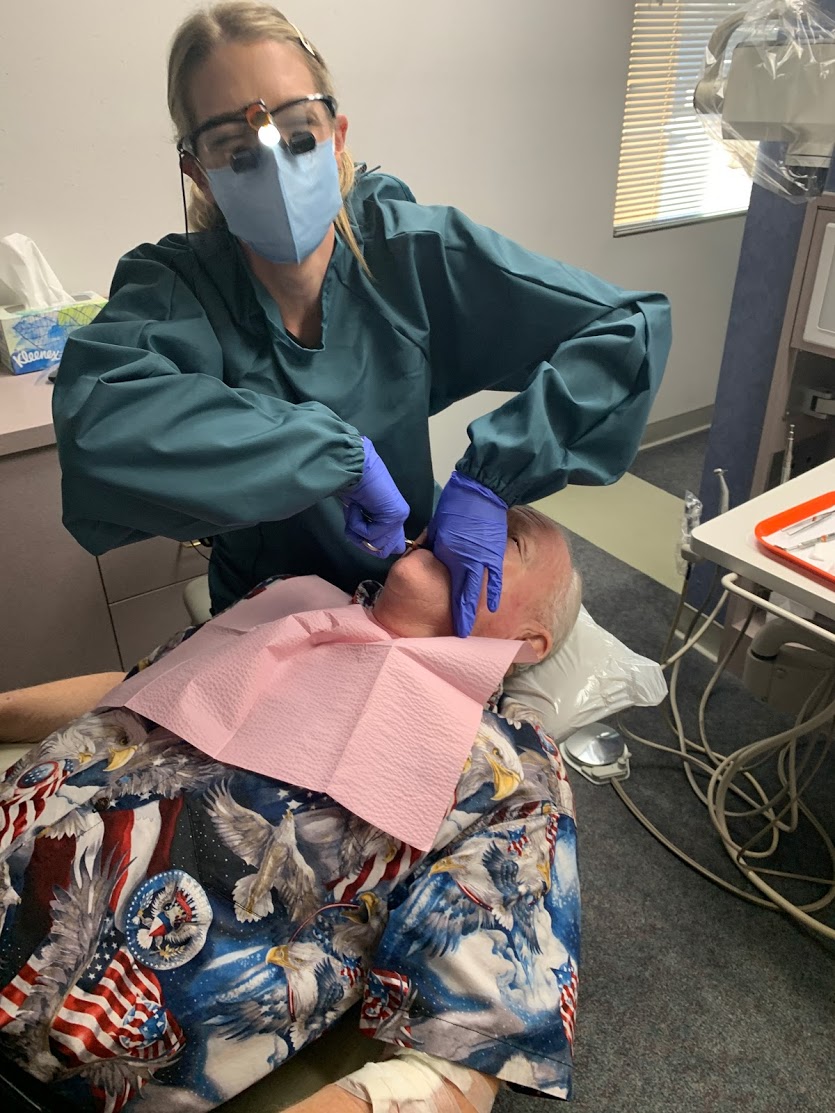 Mary yelled, “Hallelujah, it’s a miracle! He is quiet!”

We headed for home, but we stopped at the Rib Trader to visit Jim The Bartender and get something for dinner.  Well,  Jim sees us and has a “never leave a glass half empty” policy.  I had at least two glasses of wine, at least.  Mary was the supervising adult this evening. We got ribs for us and a half-cow for Zack!

We got home, and I took a pain pill as the arm was acting up from yesterday’s surgery. I promptly went horizontal, awaiting my bon-bons, but no bon-bons were forthwith.  I did, however, get two LARGE beef ribs and then crashed, augered in.

Zack came over and fixed two of Mary’s TVs that we didn’t know how to make work.  Mary sent him home with a full rack of beef ribs.  I did not move until after 5:00 AM.  Whatever the pain pills were truly worked.

Just an old retired guy trying to finish out my last years on this planet. I lost my best friend and wife in early 2020. I am involved seriously with a long-time friend, Mary, and life goes on.
View all posts by Paul →
This entry was posted in Dining Out, Doctor, Family, Food and Wine, Friends, Working Around House. Bookmark the permalink.