Two’s Day And All Is, Well?

“Without you in my arms, I feel an emptiness in my soul. I find myself searching the crowds for your face – I know it’s an impossibility, but I cannot help myself.” =Nicholas Sparks

We loved our “special events”, such as The Art Deco Ball, held on the Queen Mary every year.  We went for ten years starting the first year it was held! We enjoyed getting gussied up and hearing the stories about the trans-Atlantic cruises of yesteryear.  Sue could easily have been a docent on the Queen Mary as she knew every nook and cranny, including the engine room.

Dressed up in our best bib and tucker, we were off for an enjoyable evening of dancing to the music of the 1930s and quick-stepping around the ballroom floor like we knew what we were doing.

I miss holding Sue in my arms and aiming for the stars while attempting to keep up with the band.  The roaring 1920s and fantastic music of the 1930s was amazing. I’d give anything to dance one more dance with the love of my life.  I guess dreams will have to do for a while. 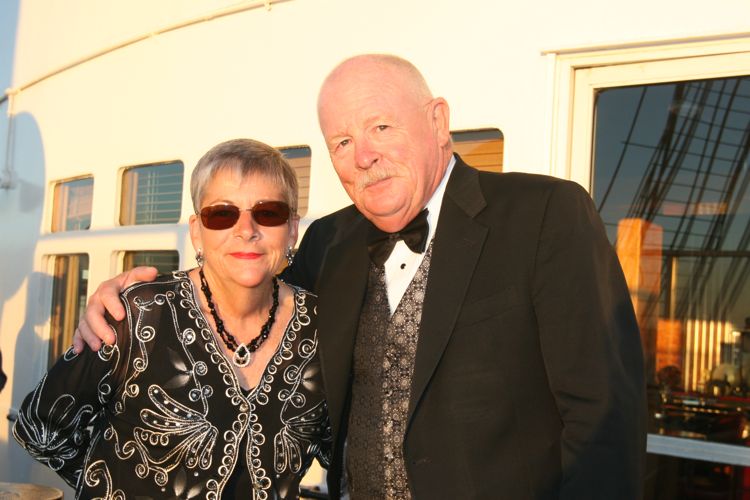 Sailing around Long Beach Harbor on the Queen Mary, or so it seemed!

The most popular dances throughout the decade were the foxtrot, waltz, and American tango. From the early 1920s, however, a variety of eccentric novelty dances were developed. The first of these were the Breakaway and Charleston.

The popular dances throughout the time of the Great Depression was the foxtrot, waltz, and American tango

I talked to Colleen first thing, and it looks like Jackie is going to be early as she is having contraptions now.  The doctor said the baby is ready, but it is about four weeks early, according to their timeline.  STANDBY, Great Grandpa Paul is about to have the fifth great grandbaby!  Exciting!

Colleen and Mark are “cleaning house”, going through everything and getting rid of whatever they can.  Colleen is a bit of an artist, but when she went through her art supplies, even she was amazed.

…and there is still more to be bagged!

Colleen being very thoughtful, checked out every single one to make sure they were OK to give to the local school.  She was many pages to “doodles”.  I suggested she ought to have the artwork framed! 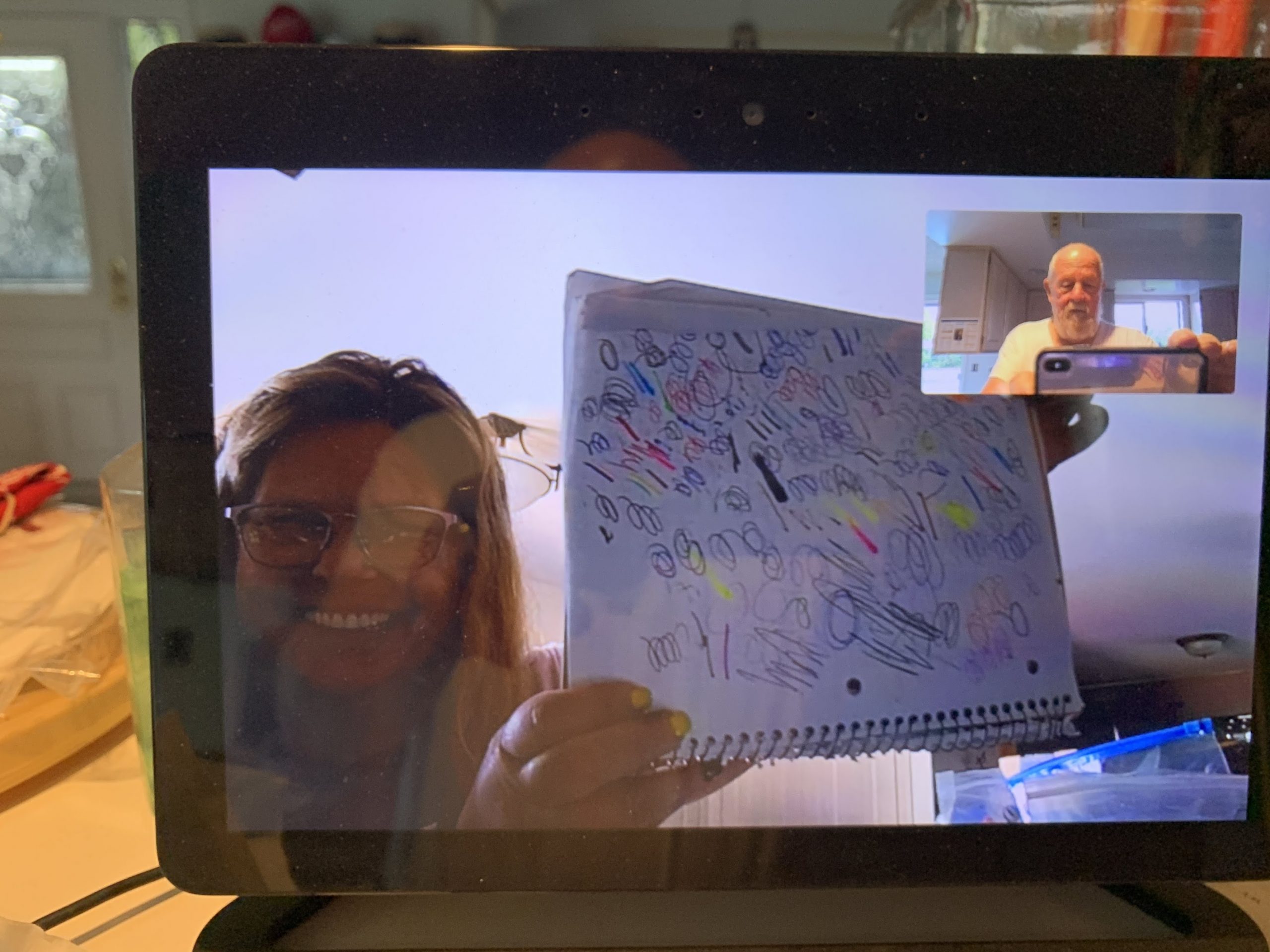 Back to the circuit checks, I do believe I am 99% complete.  Tonight I shall turn everything on and see what does NOT light up!   I still have three circuits that seem to go off to no-where?  Perhaps one more sojourn into the attic is warranted?  It will be an exciting two days when the electrical folks show up tomorrow.

Bob is busy in the bathroom putting in the last touches of copper pipe into the walls before we begin to button the shower up for the cementing effort.  We made several decisions today that may seem to nitpick but do make a big difference.  Bob and I agreed on every decision, so I am trusting his judgment more and more!

This morning I added another outlet to the kitchen counter by the phone and got the plugs with computer power connectors, thus eliminating three power adaptors.  Most of the rats nest is finally gone! The desk is clear; Sue would have liked that! 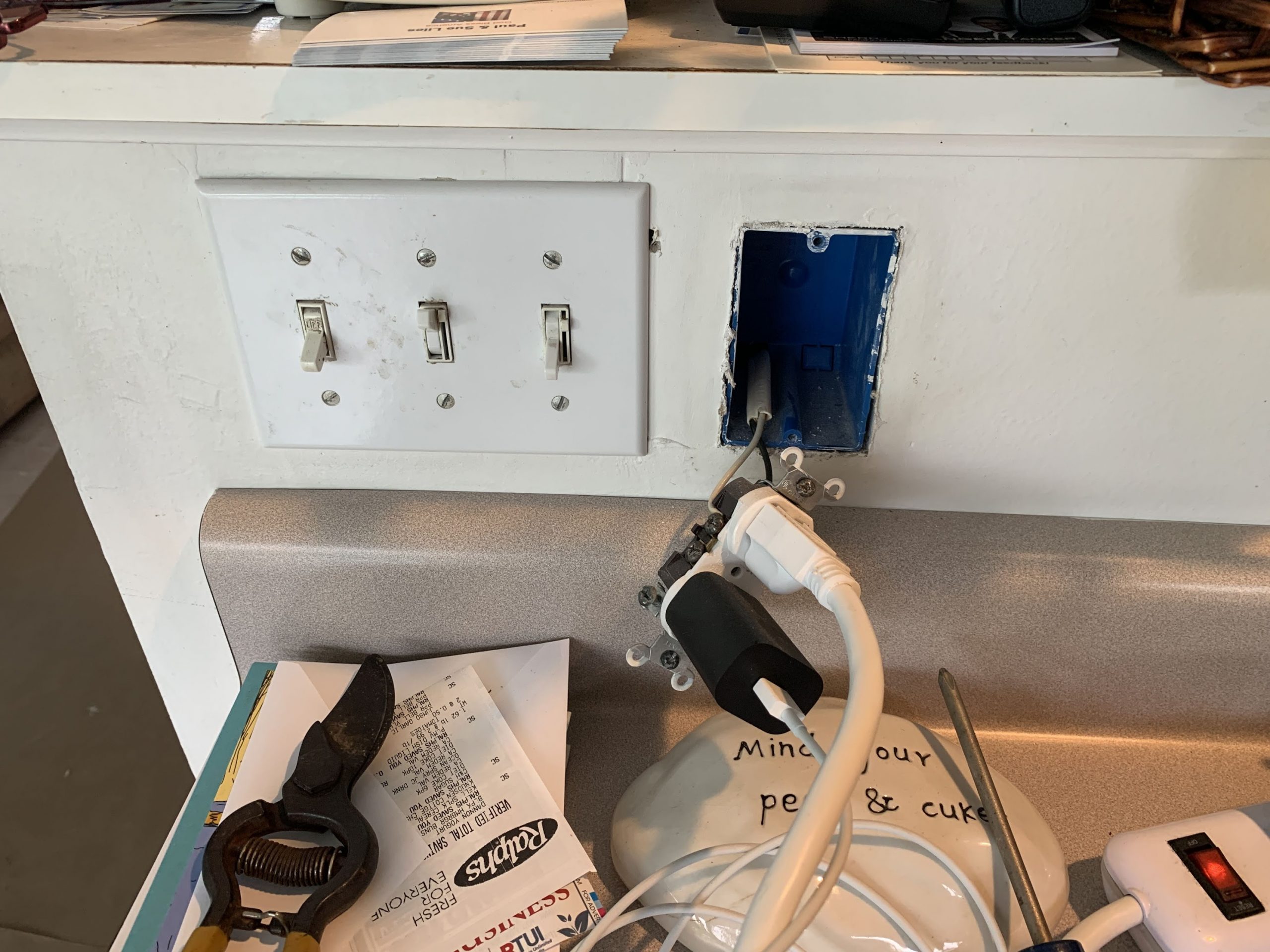 I used this plug for power to a second plug I added to the wall.

Now the phones, Alexa Show and Echo Connect can all reside off the countertop! Room for more stuff?  I think not! 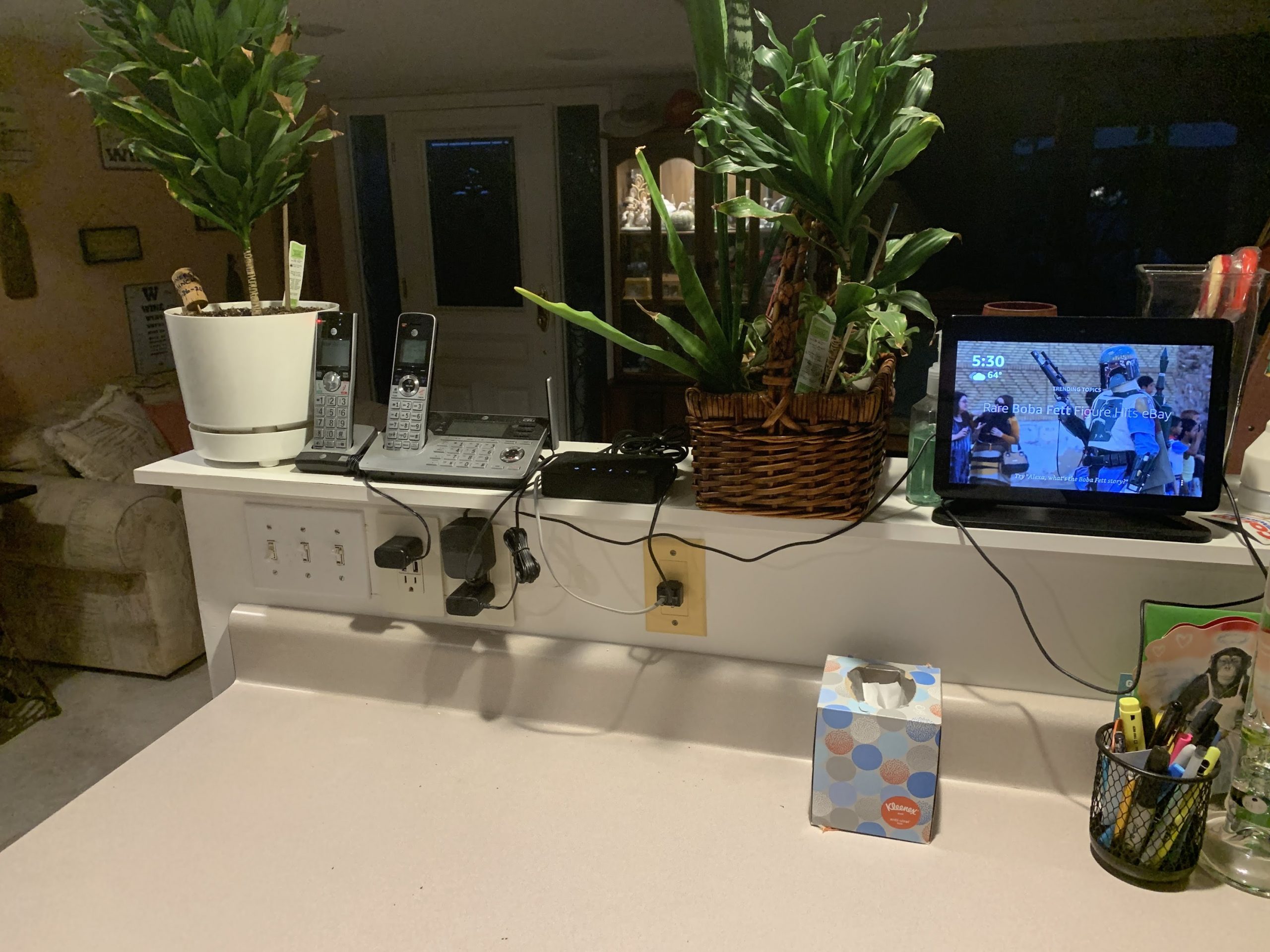 Not the counter is clear of cords!

The plumbing is done, and tomorrow, if all goes well, the paper and screen will go up in the shower and be ready for the first coast of cement.  BTW, the white 2x6s are for the grab bars I plan for the shower, I can’t be too safe at my age! 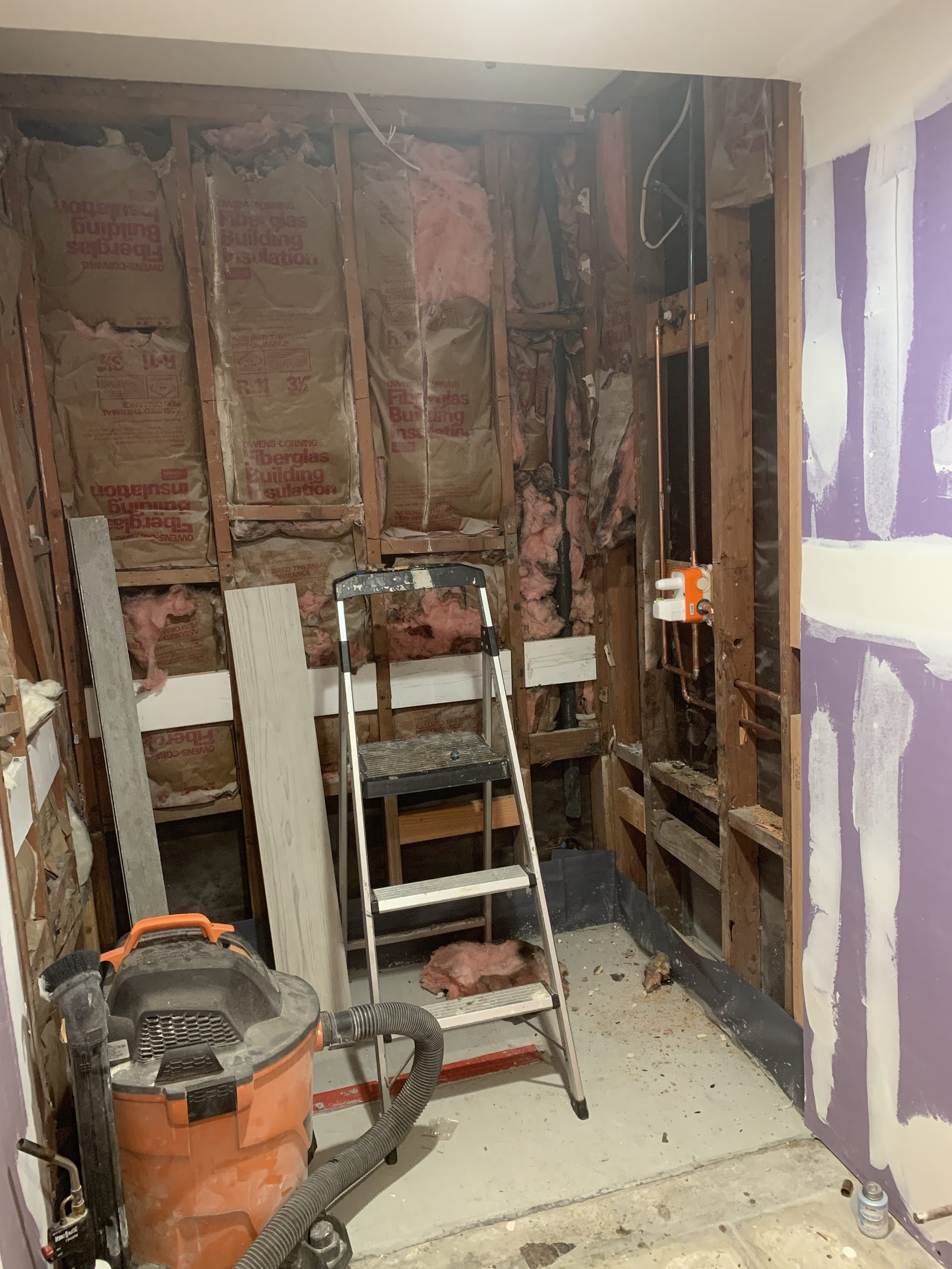 All the plumbing is in and pressure tested!

Bob did not depart until about 7:00 PM, and I was beaten, so I jumped in the shower, and the Silver Lady and I gallivanted to Seal Beach, and guess what?  The Lady stopped at Patty’s Place; I think she was thirsty!

I talked to Chuck and some of the regulars before heading home.  I wanted something, but calories were NOT one of them.  I selected deviled eggs as a balance, so I get my proteins but not so many calories.  I did, however, have a G&T with my meal! 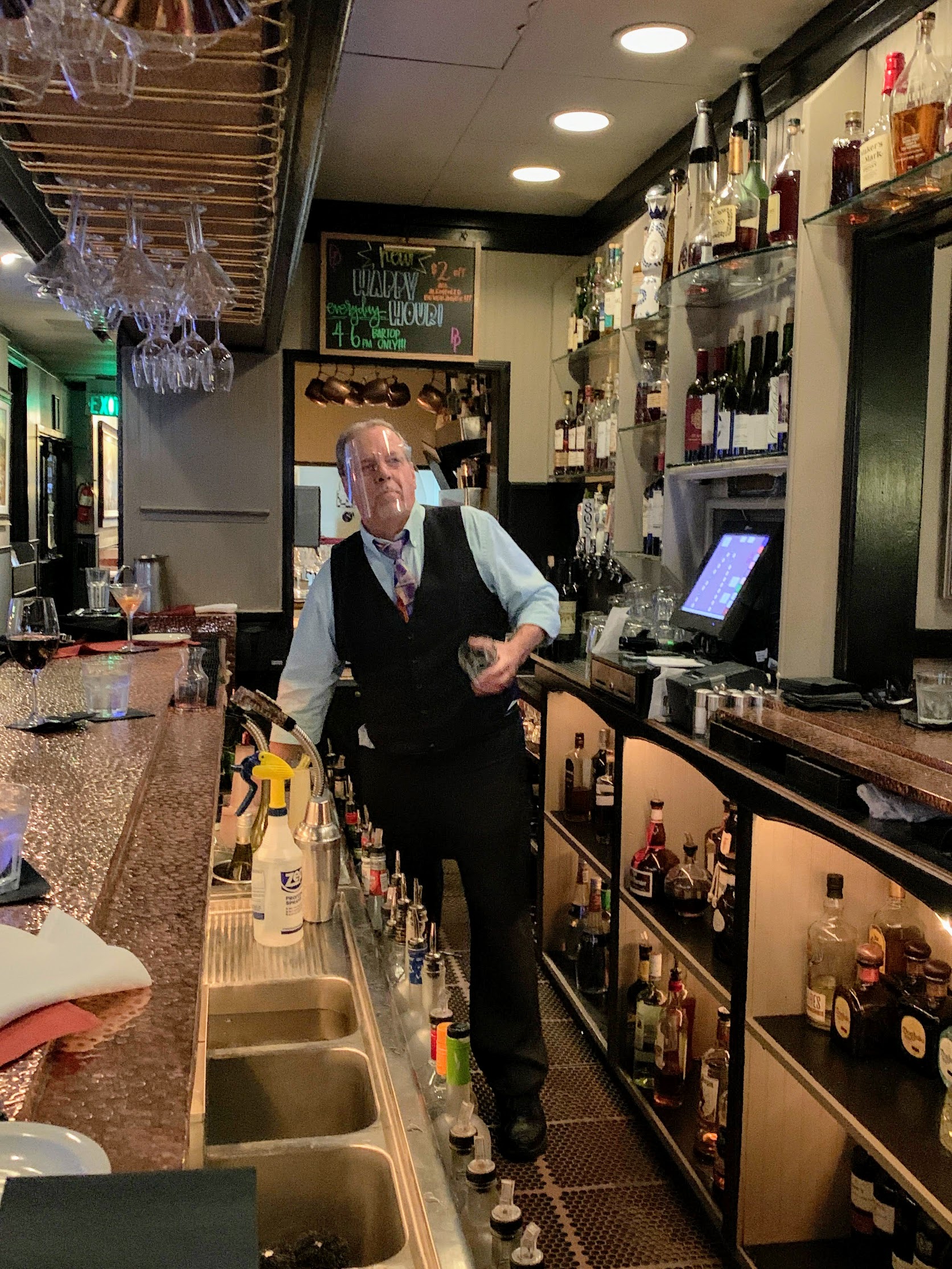 Chuck was on duty tonight and he had his welding mask on!

He and Lisa had an opportunity to talk to Rebecca about some plans in the future and Chuck was very complimentary of my granddaughter.  I would expect nothing less!

The evidence is on display.  Two deviled eggs remain, and I ate them slowly! 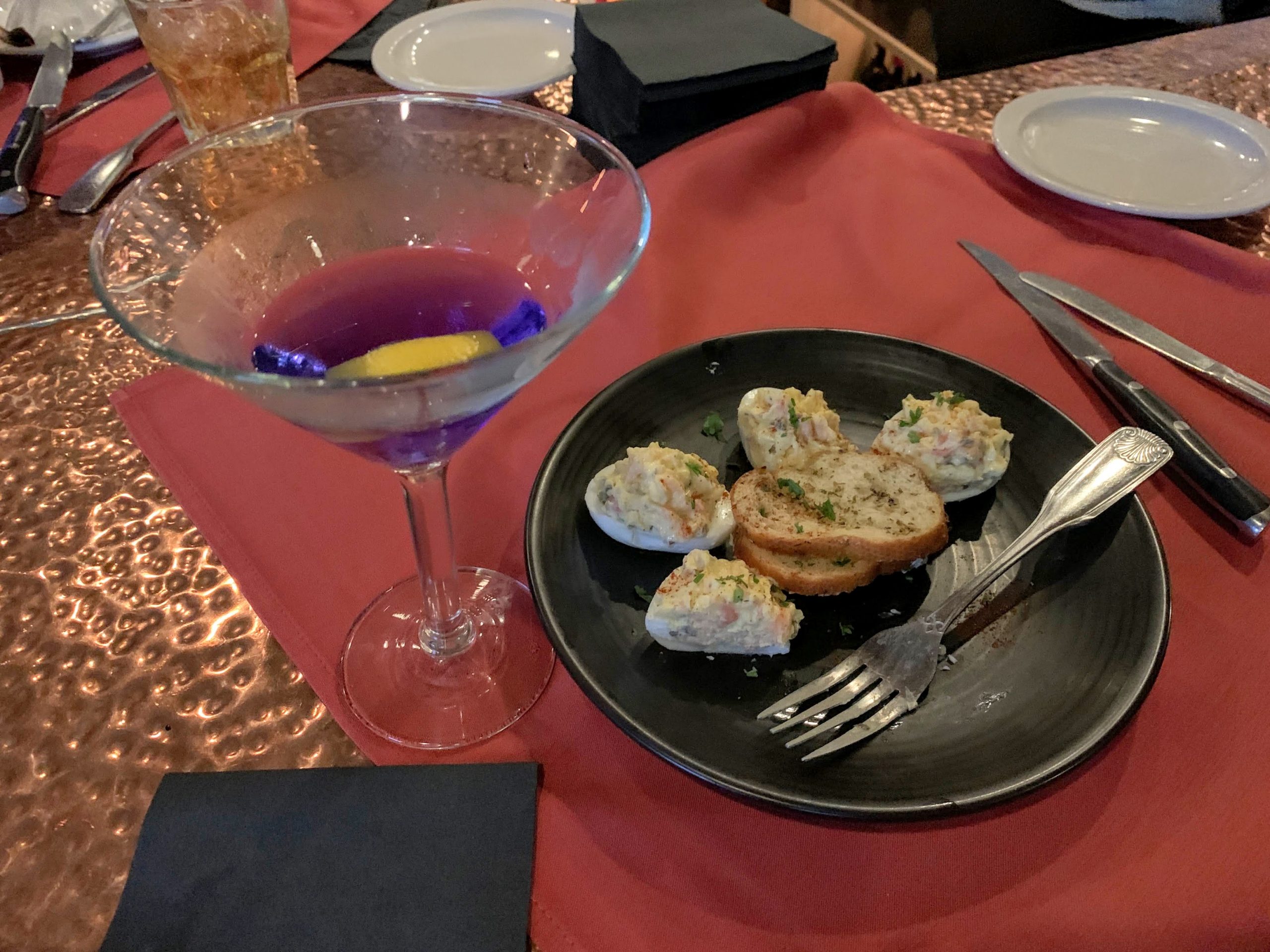 I just had eggs for dinner, keeping the calories low!

I did NOT do dessert for myself, but I thought of the dessert monsters next door, Vicky and Del, and texted them to make sure they liked Key Lime Pie.  You can see the answer below! 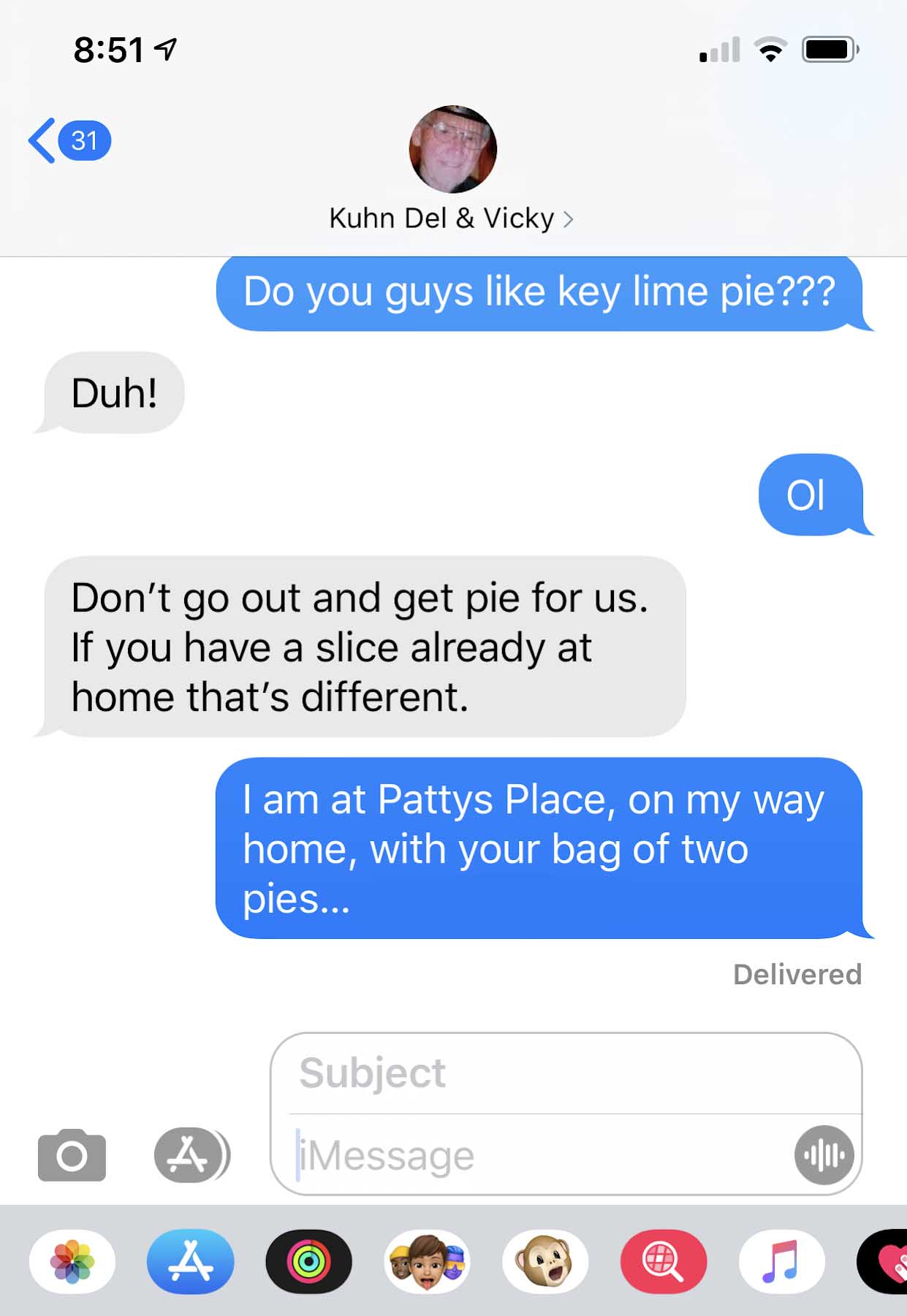 I thought of Vicky and Del when I departed and brought them some dessert! I had NONE!

I was home by 9:20 PM, at which time I watched a little TV before going nighty-nite.  Tomorrow starts the tear out of the back wall stucco in preparation for the electrical box replacement on Thursday.  That means I will be incommunicado, except for the cell phone, on Thursday.   While the power is off, I plan several activities, including running new wires into the attic so I can change out the old 12-2 and 14-2 groundless cables replacing them with more modern 12-2 and 14-2 Romex with grounds!

Just an old retired guy trying to finish out my last years on this planet loving my best friend and wife, having fun, learning, and passing on helpful things to others.
View all posts by Paul →
This entry was posted in Dining Out, Dning Out, Friends, Working Around House. Bookmark the permalink.
Powered by Maribol IMDB Plugin