“The fact that something has happened to a million other people diminishes neither grief nor joy.” – Author Unkown

We used to go to the Farmer’s Market in LA every two months because of the French restaurant, Monsieur Marcel.  We would often take friends and family with us to share the great food and the ambiance.   The picture below was just us as we enjoyed each other’s company a lot!  We walked around, saw things, and finally came to the restaurant where Sue would order the fondue, which I would share with her.  I usually went for the Beef Bourguignon, which I have learned to make recently.

What’s in the bag, you ask?  Well, the restaurant has a European market associated with it, and Sue loved to see the food items, especially the spices.  Check out my shirt, Sue’s suggested attire for the day!  She was always on-spot. I miss her so much it hurts and today has been a difficult one.  I know it will be hard tonight as I am going to the Garden Grove Eks for dinner to see old friends. She will be there in my heart!! 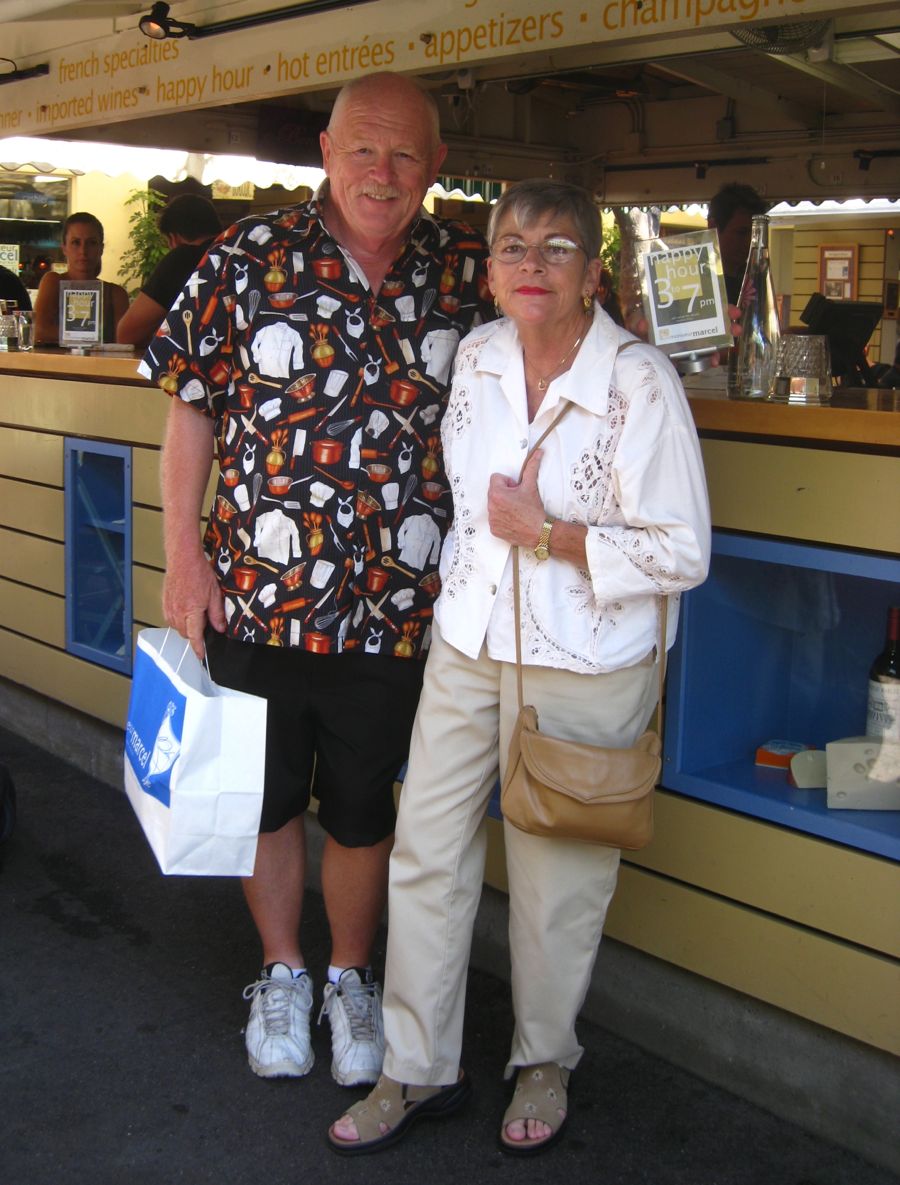 We have the most beautiful times TOGETHER!

Up and awake ay 7:00 AM, I guess I was tired last night!  Almost eight hours of sleep.  I was going to call Lee last night, but I dropped off to sleep in about three seconds flat.

This morning I finished the last wiring job, which was to replace the GFI sockets and waterproofing with an “in use” box meaning a device (plug) can stay attached in even during the rain.  The security cameras will like that!

Before, it was waterproof if the box doors were closed!  My security camera always remained plugged into the box so it was NOT waterproof and I had to be careful when watering the orange tree, 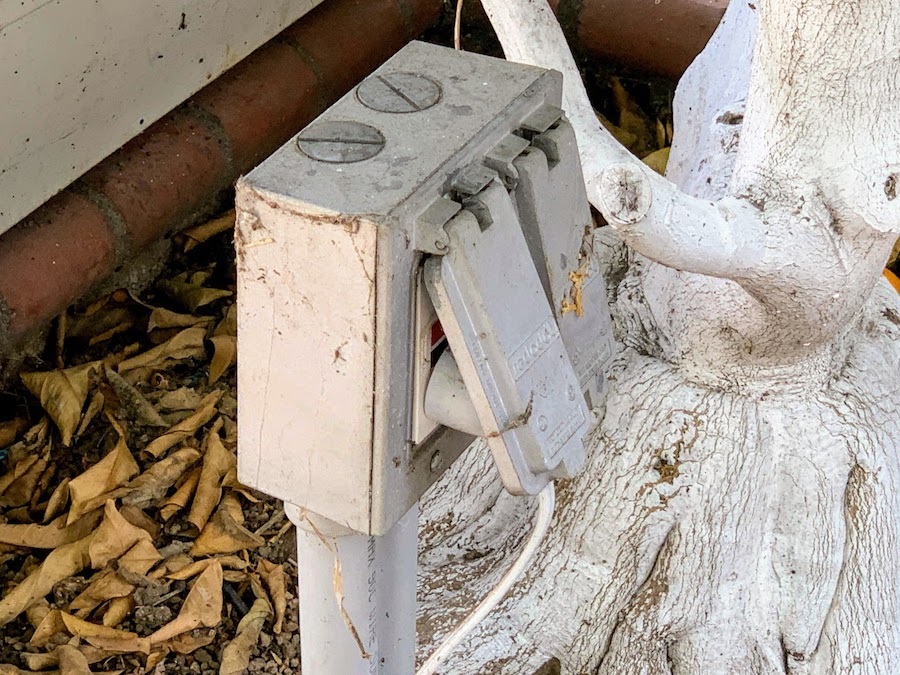 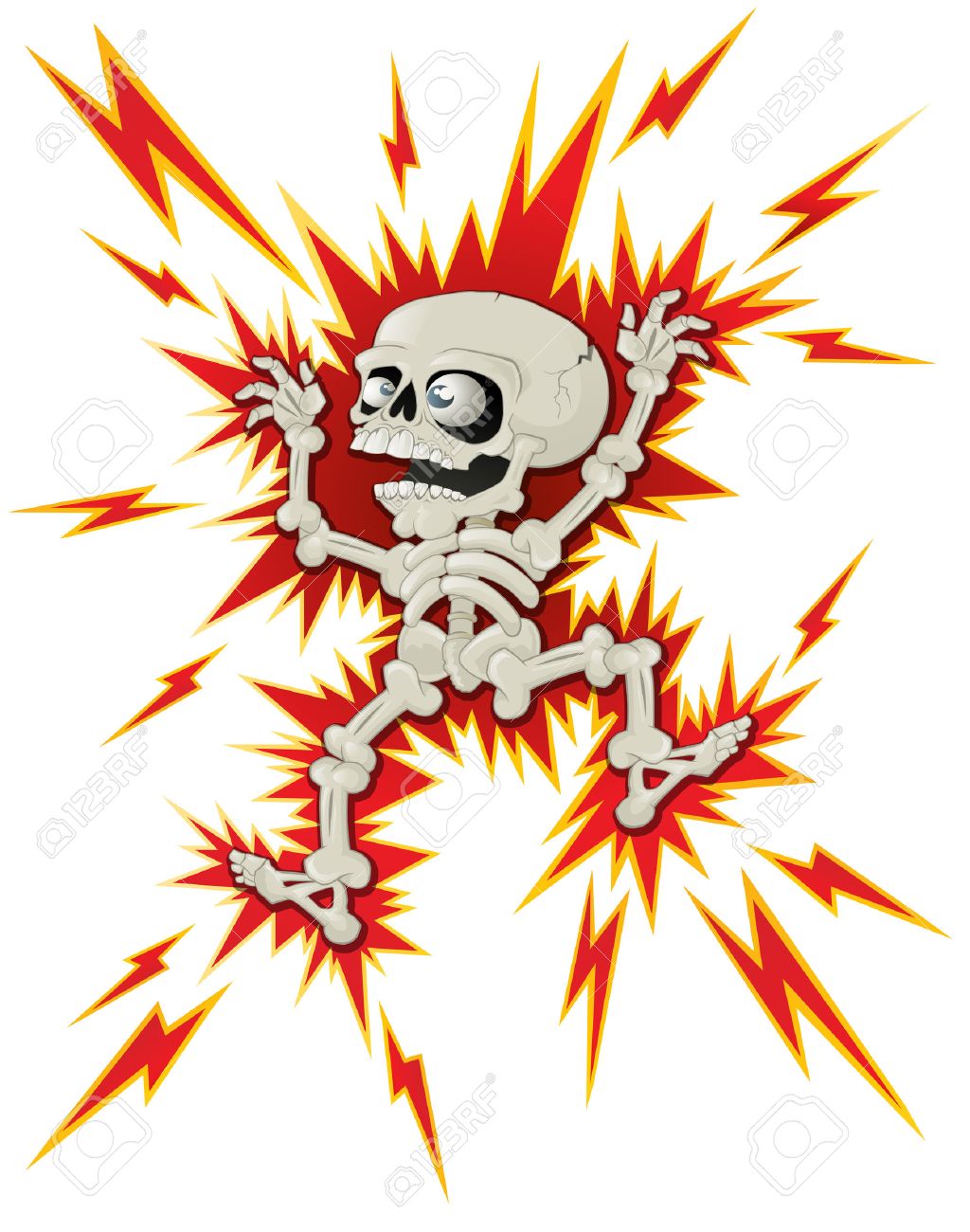 No more electrical hair curling for me!

When it rained, or I washed down, the plugs/GFI’s could get wet.  I fixed the problem! The camera’s wire comes out of the bottom of the box, and the plugs are sealed against the environment. 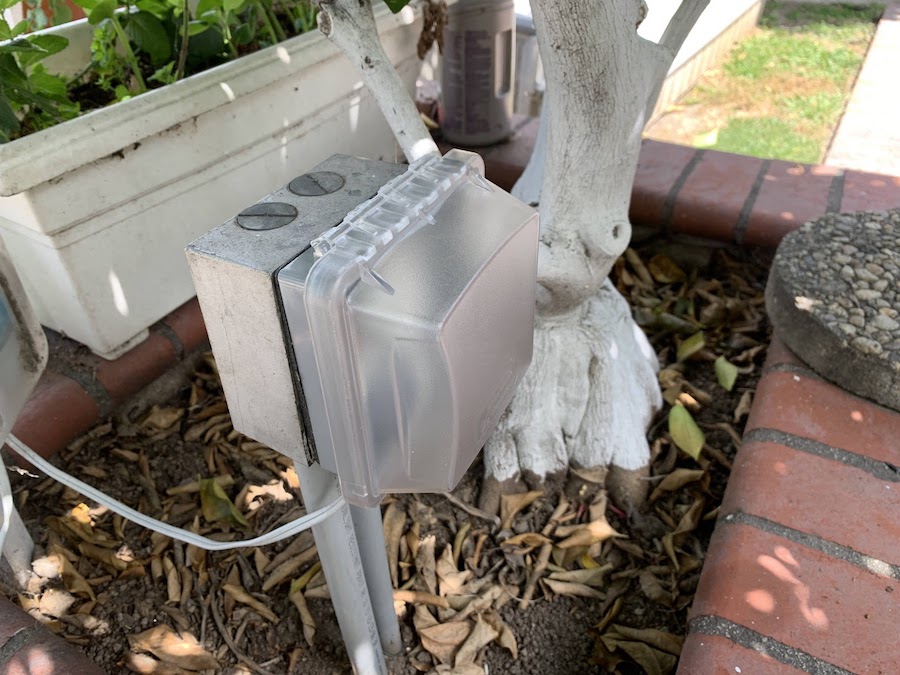 Looks better and a lot safer than before!

Task accomplished, what else is on the list? To the side yard where I cleaned up 90% of the construction mess, leaving only the sink-counter top and toilet remaining outside.  The toilet I will keep, but the sink needs to find a new home.  Perhaps it will go to the habitats for humanity?  As long as it goes before the inspector comes next week, I am fine.

Inspector?  No, not Jacques Clouseau. Yes, the old Zinsco 100 Amp main breaker box is going bye-bye, and being replaced with a 225 Amp 42 circuit main box set up for solar.  Solar is coming soon. I am settling in on a 6-7KW system, which will provide 35 kWh a day, which is about what I use.

Oh yes, about that 50 Amp 220V circuit that goes nowhere… the one I could not figure out for the past two days!  Well, it goes to the air conditioner, which is seldom on, so I forgot about it.  Duh!!! 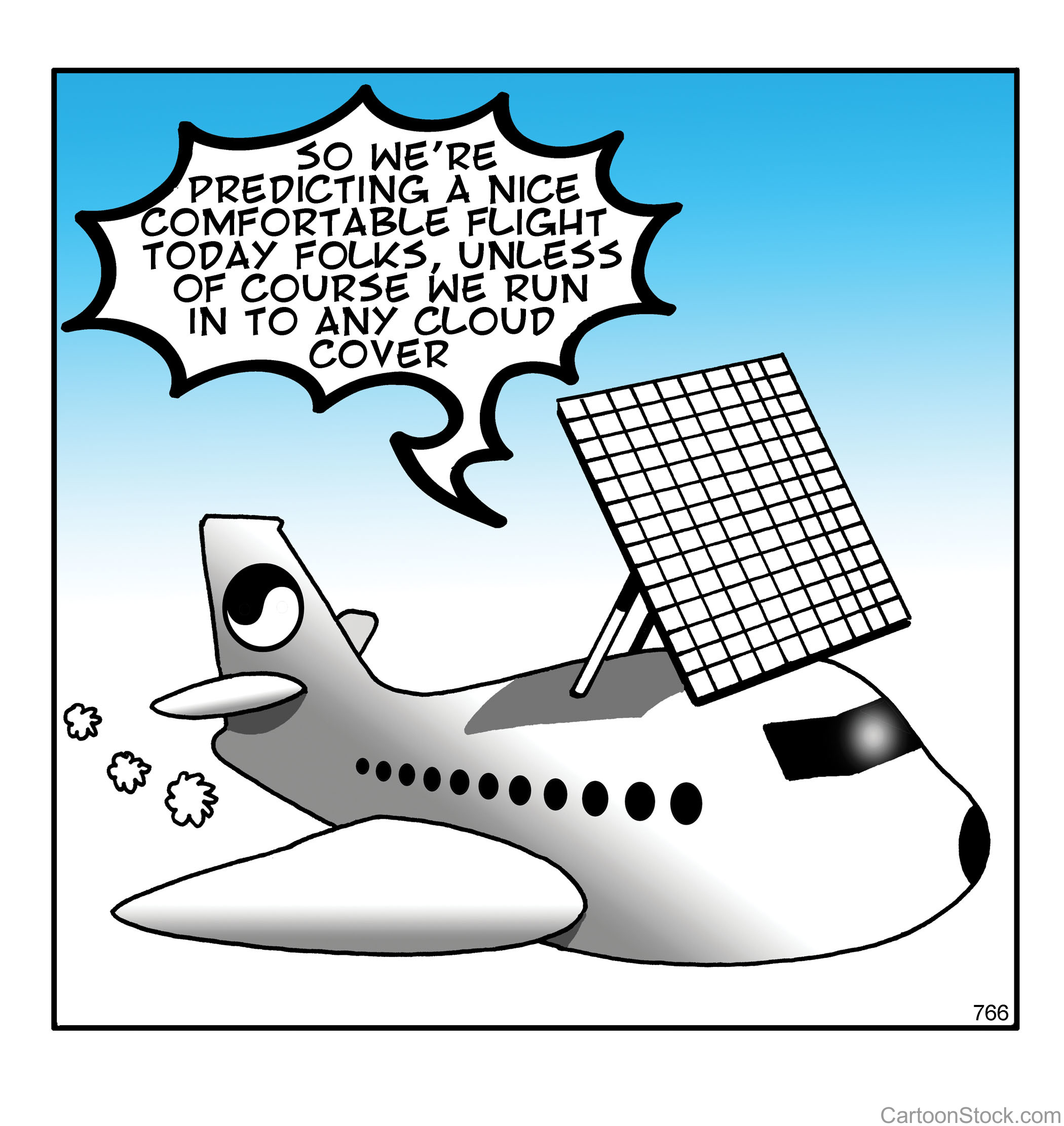 At noon I headed for the money store as I checked my wallet, and the moths have been busy. I have eleven dollars remaining and when I opened the wallet to count it, the little guys were carrying signs saying “Will bug for food!”

The Silver Ghost and I headed out where I got my favorite veggie half-sandwich from Subway and then visit BofA and make a loan so I can survive the weekend.

I managed to put 150 gallons of trash into the 100-gallon containers, so I am awaiting the trash truck to come by and see if it tips over when it attempts to lift the cans!  I could hear the truck strain as the trashcans were lifted into the truck and emptied. A sigh of relief came quickly.  Now I have room to trim the fig tree tomorrow. Always something to do around the house.

It’s back to work as Bob installed the water barriers in the shower pan and begins the reconstruction with drywall.  Things are starting to come together!

The underneath layer of concrete is dry and cured. Now the waterproof barrier can be placed into the shower.  The moisture barrier will go up the wall several inches to assure water is not “wicked” up the wall. 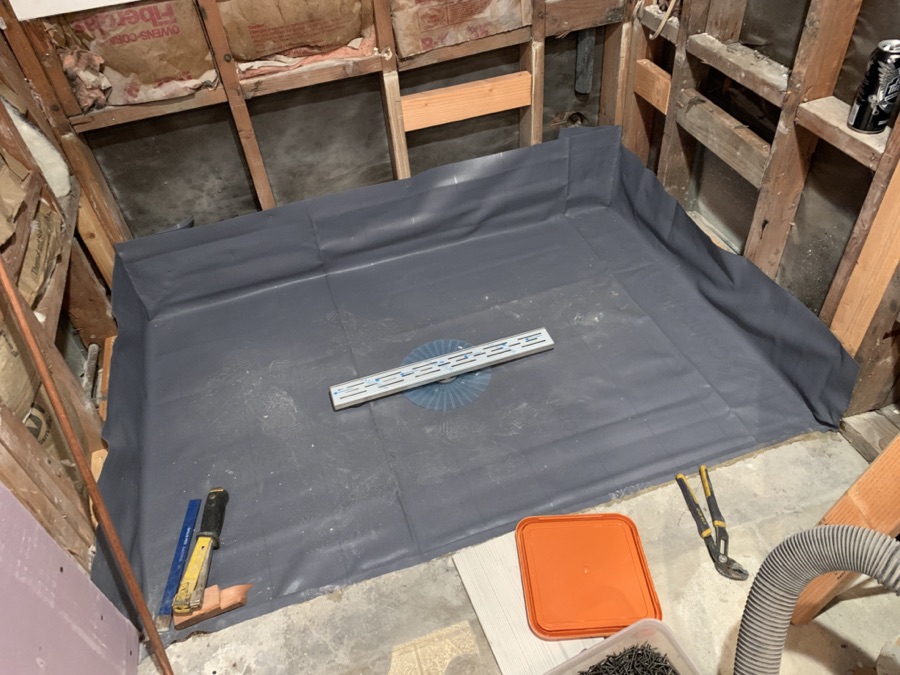 The waterproof barrier goes into place.

Now the drywalling begins with cutouts for electrical sensors/plugs.  The room has a moisture/humidity detector now, which will keep the fan running until the humidity level drops below a specific point.  No longer will I have to wait or walk off, leaving the fan running. I put a separate switch in for the shower light.

The two devices on the way are for controlling the shower light and measuring the ambient humidity of the room so the exhaust fan will go on whenever the humidity is high. 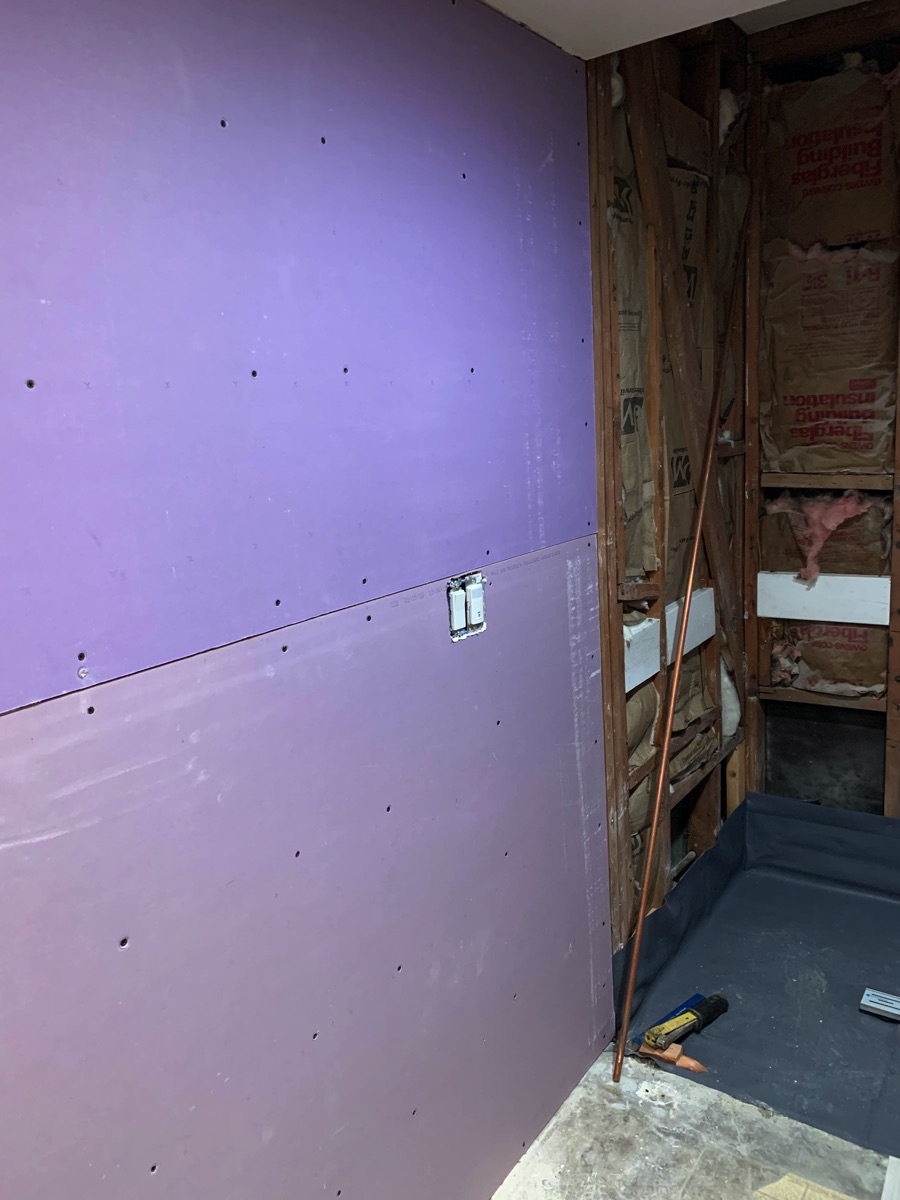 The purple is NOT the wall color; it is the moisture barrier.

The switches by the door take care of the standard exhaust fan/light combination, the overhead can-lights, and the vanity lights above the mirror.  The plugs on the far wall, will take care of blowdryers and, of course, Miss Alexa, who also lives in the bathroom! 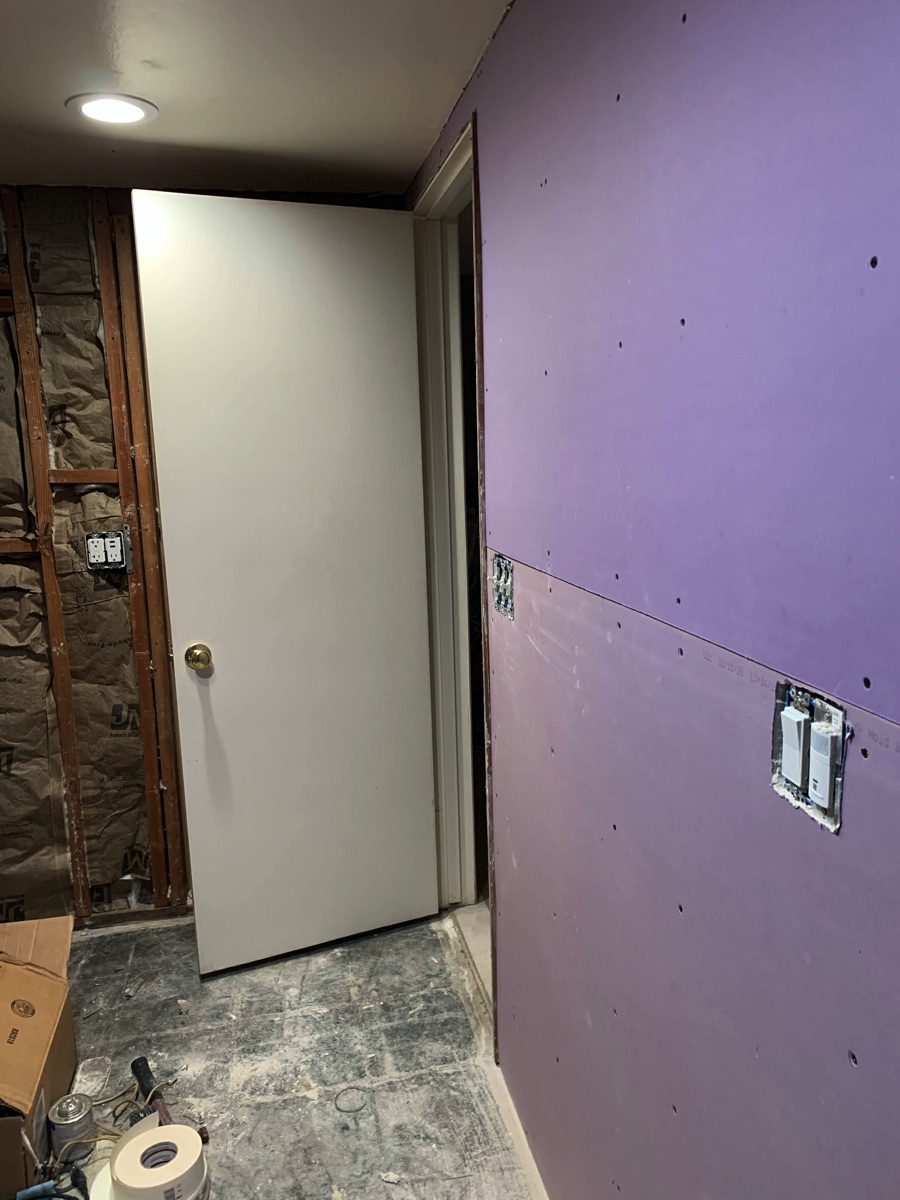 Hanging the drywall is an art. 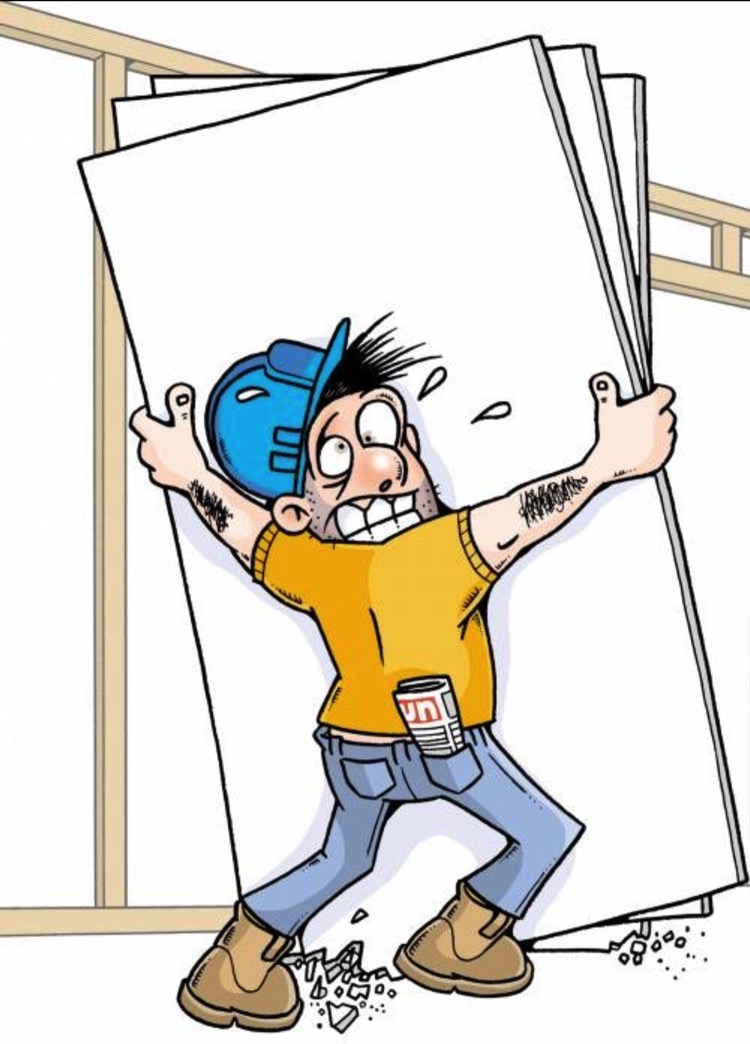 We gots screws, a bazillion screws!  I just bought Makita drywall screwdriver that will take these puppies and drive them to a specific depth.   I plan to drywall the garage after the electrical work is done in the back yard. Drywall screws (sometimes called sheetrock screws) provide a stronger hold but cost a bit more than nails. These usually feature a Phillips head. Coarse drywall screws feature coarse threads to secure gypsum boards to studs. 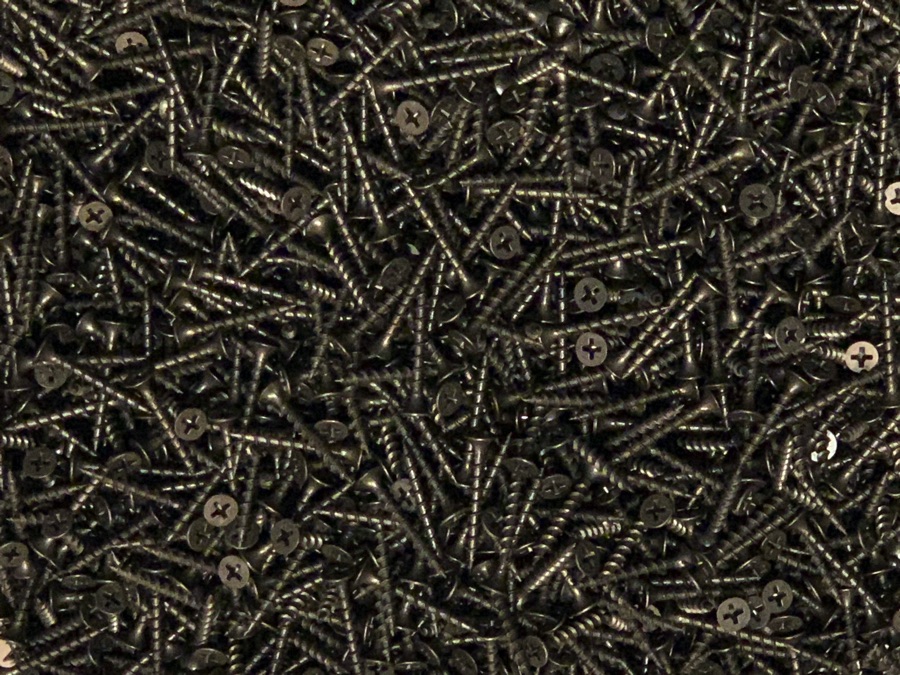 Drywall screws by the ton!

A piece of the new flooring was laid down to measure the depth of the concrete pour we are going to do Saturday morning.  The following is very light but extremely strong and waterproof. 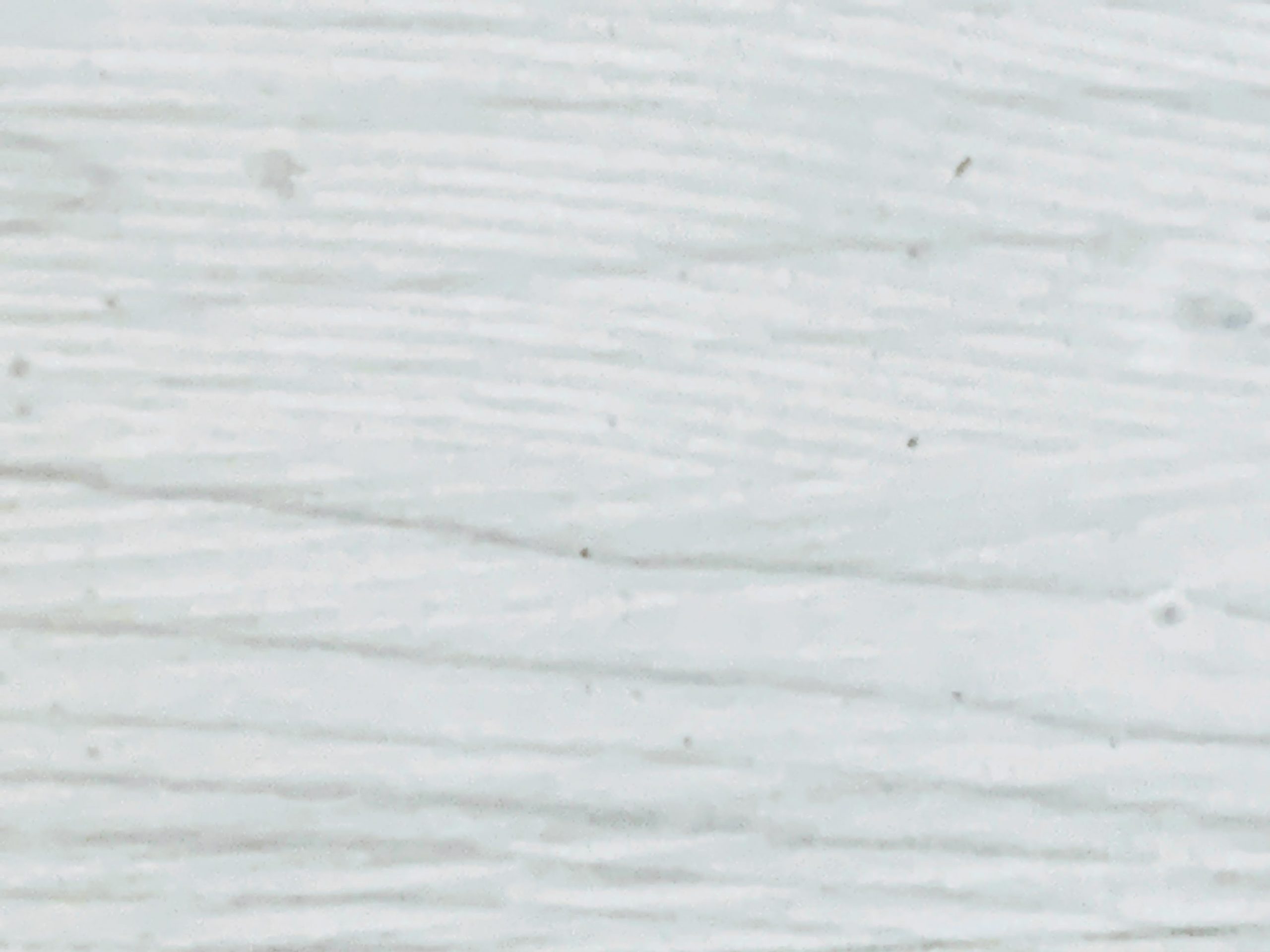 The new flooring is ceramic tiles with a texture to eliminate slipping.

While Bob worked, I slipped outside to do some watering and brought in tomorrow’s lunch condiment as I plan a juicy hamburger.  The puppy looks perfect! 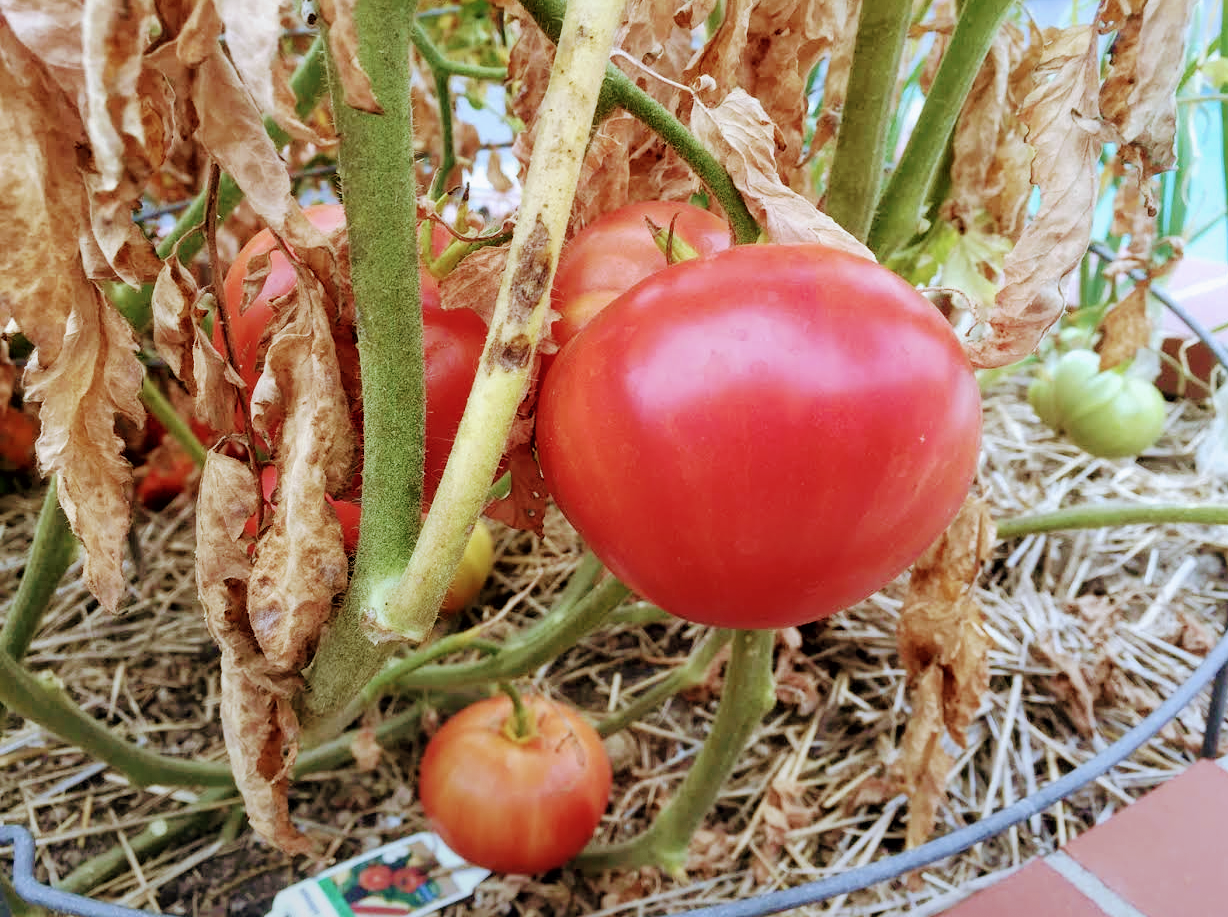 Having a garden has its benefits!!

Did You Know? Tomato was once called this. LOVEAPPLE. Tomatoes originated from the Andes, in what is now called Peru, Bolivia, Chile, and Ecuador – where they grew wild. They were first cultivated by the Aztecs and Incas as early as 700 AD. The Spanish adopted the fruit and adapted its name to tomate. At one point, because of their heart shape, tomatoes were thought to be an aphrodisiac – hence the name “love apples.”

My social life takes an up-tick!  I am off to Garden Grove Elks for dinner with friends.  We had two tables of eight each, but that was OK as the place was not full at all so that we could talk.

Below Craig and Bob enjoy the quite as the “girls” go line dancing behind us.  They were singing La Bamba, which terrified the local wildlife, so I reached for Old Trusty, the iPhone, and played a rendition of La Bamba for them as they wiggled away their dinners. 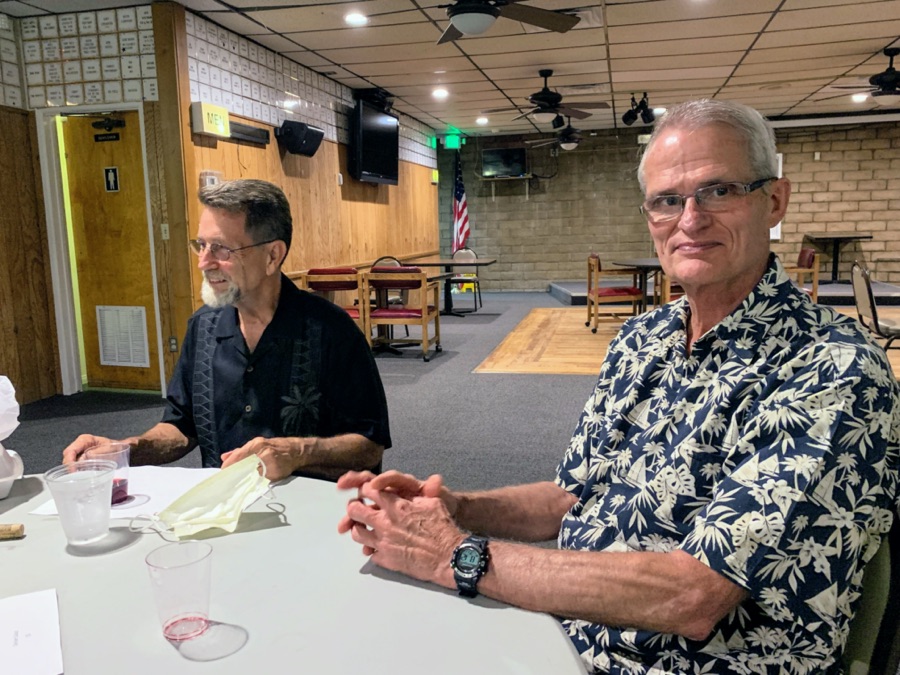 Bob and Greg at our table talking.

It was great to see Iris and Leon.  Will missed the picture as he was right next to me, and Marsha was answering the call of nature.  We did not stay very long and returned home by 9:00 PM.  The dinner was pot roast, and it was OUTSTANDING.  I downed half of mine, and the rest will be for breakfast tomorrow.  Tonight, I had a G&T, which tasted good! 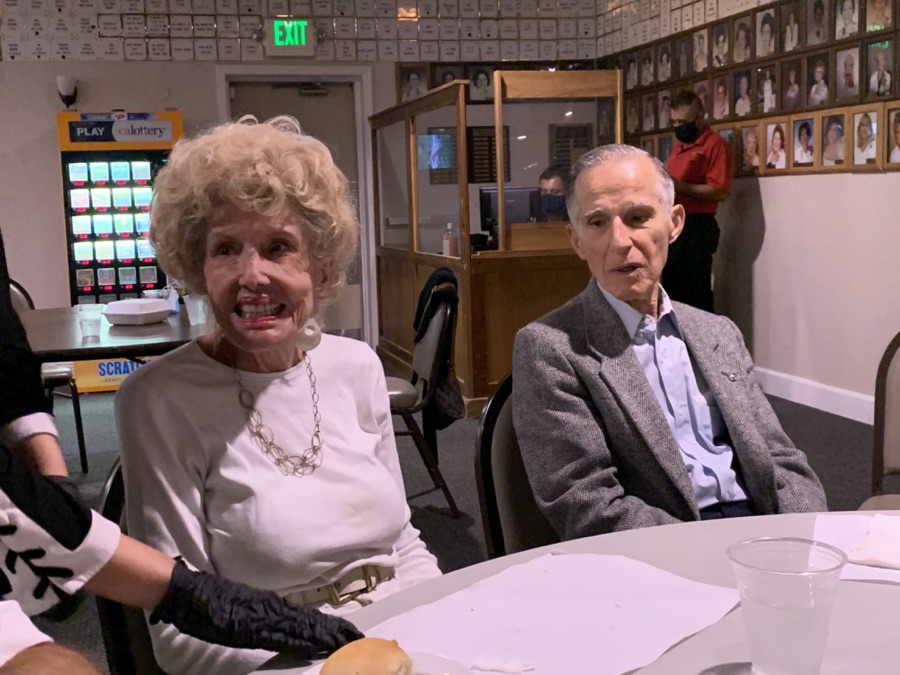 Iris and Leon bantering back and forth

Dressing for the occasion is my specialty.  We thought there would be a DJ, but alas, the headcount reservations did not indicate a DJ was doing to be worth the investment. 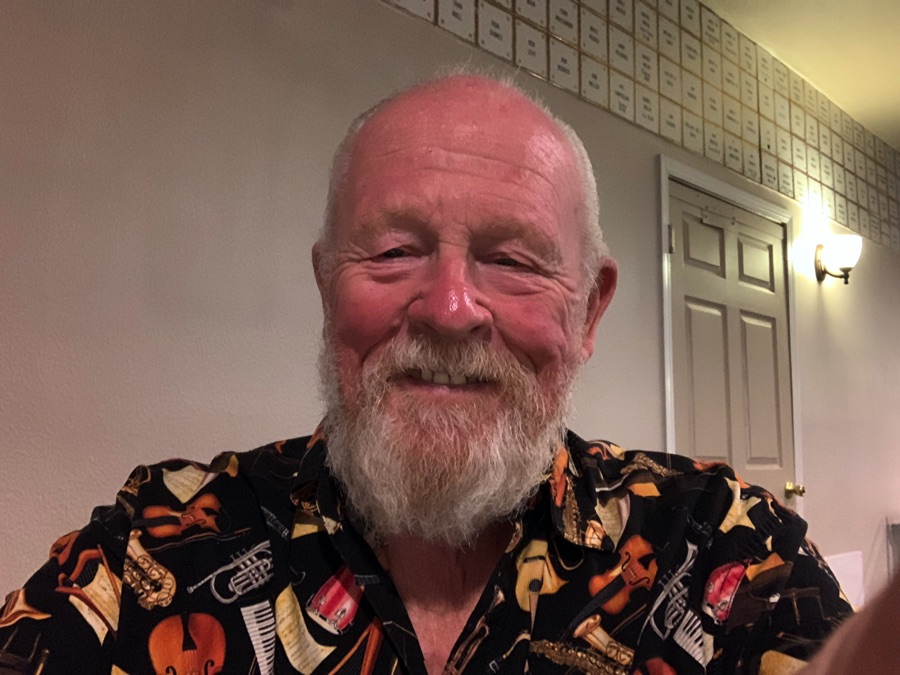 The Old Man watches all the goings-on.

You go, girls!  Marsha, Marianne, Iris, and Donna wiggled away while I held up the iPhone.  If we do this again, I plan to set up and hour of dance music on the iPhone, and I will bring my blue-toothed boom box.  It is a Jawbone BIG JAMBOX Wireless Bluetooth Speaker, the one I took to Catalina when we all got remarried in 2016.  It is loud enough to rattle your teeth! 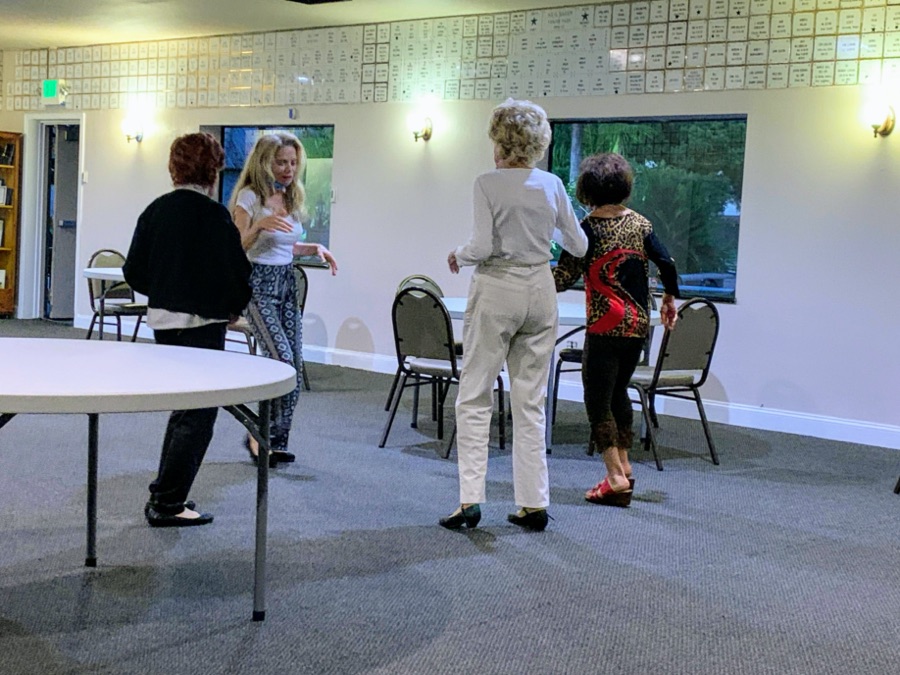 Tonight I took the Silver Lady out for a spin. She was so happy to get out from under her car cover she just wanted to Gallup down the freeway.  She just went to the beauty parlor (I have the cars washed every two weeks by Juan the Carwash Wizzard). 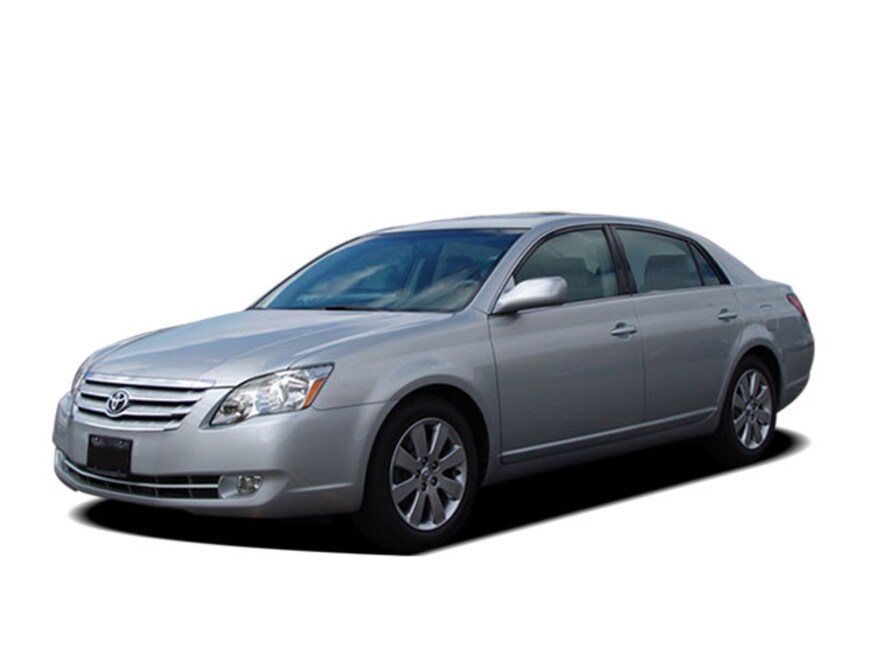 I am thinking about renaming her “Zoom.”

Careening into the driveway was an exciting way to arrive home, but it made her happy, so I went with the flow.  I popped into my jammies, hit the button on the Keurig, got my coffee, and headed to the office.  I placed a call to Lee, and we chatted for a half-hour.

I watched two episodes of “Tales From The Loop.”  Each episode of “Tales From the Loop” tells its own hourlong story, focusing on one citizen from the small town of Mersa, Ohio, and each entry shares key elements, like their setting and the Loop itself — a machine built under the city to unlock and explore the mysteries of the universe.

Not walking today was bothering me until I checked the pedometer and found out I did over 7,000 steps just while I had the iPhone in my pocket, so I was OK. 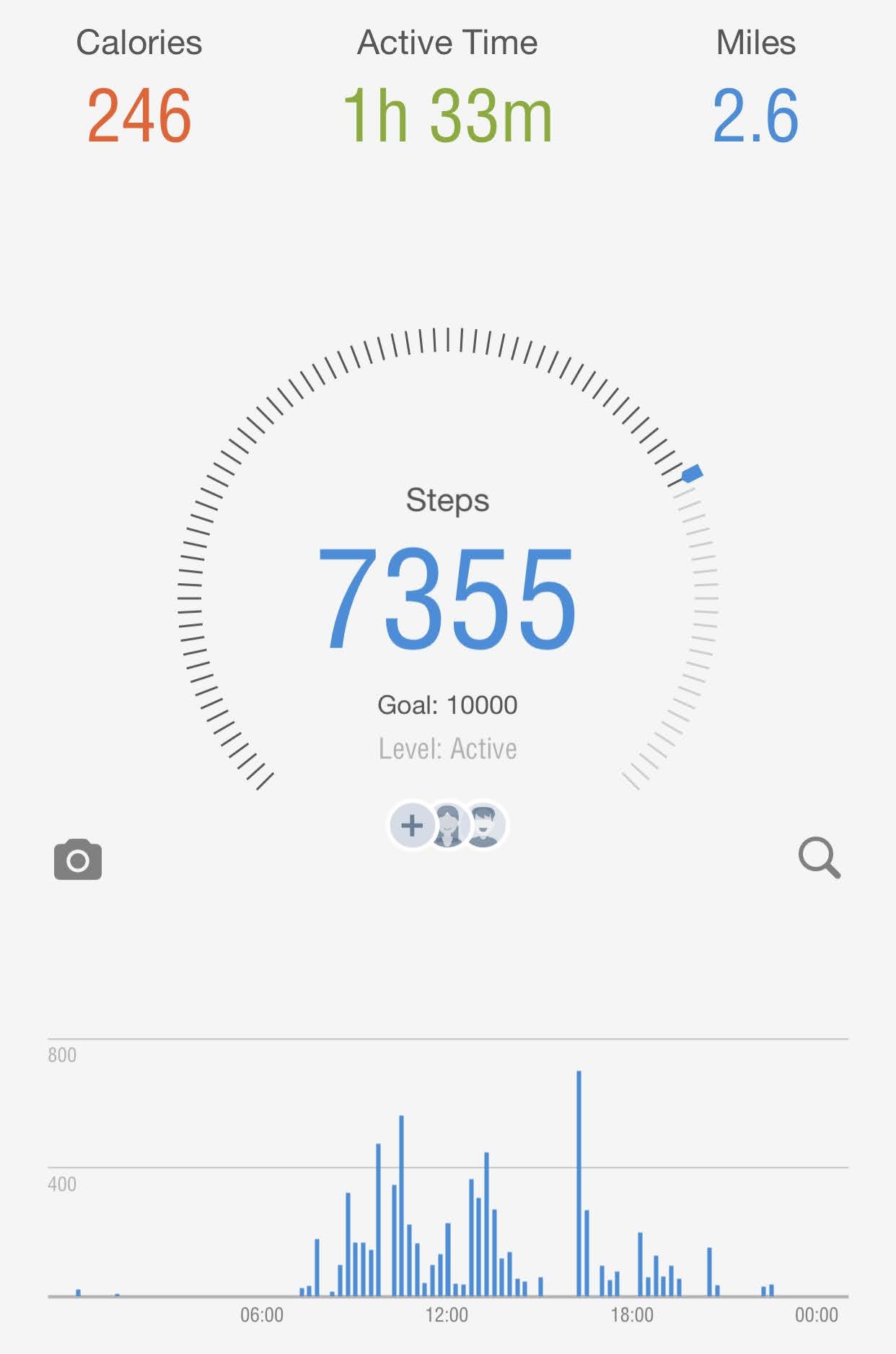 I was not quite aerobic, but it was exercise, especially when considering the walking was done between tasks like carrying 90 bags of cement!

The last time I saw on the night-stand clock was 10:45 PM.   I must get rest as this is Father’s Day weekend and my kids have me busy all the time. Tomorrow at Joe’s for a celebration and a movie.  Lunch with Robin and Bob on Sunday followed by Mitch taking me to dinner with Zack on Sunday evening in La Habra.  Michele invited me to dinner Saturday but I was “booked up”.  It is wonderful to have a loving family.  Frankly, the holidays are rough as Sue always had a plan in progress. Good night all!

Just an old retired guy trying to finish out my last years on this planet loving my best friend and wife, having fun, learning, and passing on helpful things to others.
View all posts by Paul →
This entry was posted in Dining Out, Friends, Working Around House. Bookmark the permalink.
Powered by Maribol IMDB Plugin