I still say I Love You,
But now there’s no reply.
I always feel your presence.
As if you never left my side.

I remember your comforting voice.
Now there’s not a sound.
Only echoes from the past
Follow me around.

You’re always by my side,
But I can’t hold your hand.
The reason why God took you
I find it hard to understand.

Summer days seem much shorter.
Dark nights just linger on.
Dreams turn into nightmares.
When the one you love has gone.

But real love never fades.
It still burns like the sun.
Although they’re far away,
Those memories go on and on.

Sue’s spirit will never die.
It shines like the stars.
I know you’re sleeping in heaven,
But you’re living in my heart.

Our son-in-law, Mitch, was in the hospital several years back with a severe heart problem, and we were with Zack many times providing support. As Mitch was undergoing surgery, Sue and Zack were glued at the hip.  Sue always cared so much about Mitch and Zack. It was amazing to watch.  They had been at the hospital for hours and were very tired.  We awaited the news, and finally, the surgery was over, and Mitch did well.

She was a truly amazing person who cared deeply about her family. I get so lonely without her at my side. 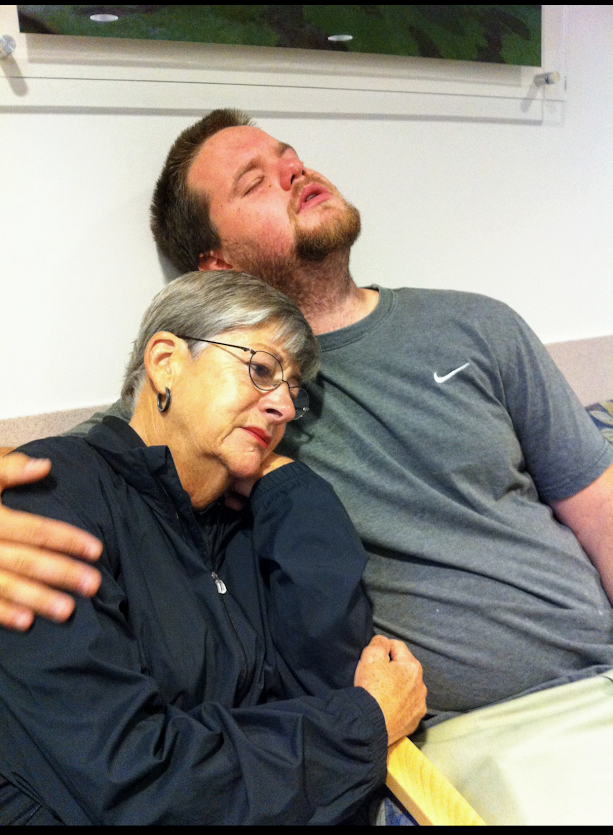 She was always there for everyone!  The night before Sue passed, all the kids and families were at the hospital until the wee hours of the morning.

First thing this morning, I did my errands, and I had plenty to do.  Off to the cleaners to get my clean shirts and have them put a button on my suit pants,  Then to Staples to pick up the manual for Joe’s welder (I had a new one made).  Then to the UPS store to return a drywall saw, which I accidentally ordered from Amazon.  Finally, I went to the jewelry store to get batteries for my auto key fobs and have them install my new GPS device onto a watchband (my eyes could not see the tiny screws).  That was a lot of running around, but the Silver Ghost enjoyed seeing all the stores.

Returning home, we had a big delivery.  The wallboard (waterproof drywall)  and cement were ready for tomorrow’s cementing activities. The job is getting closer to being done! 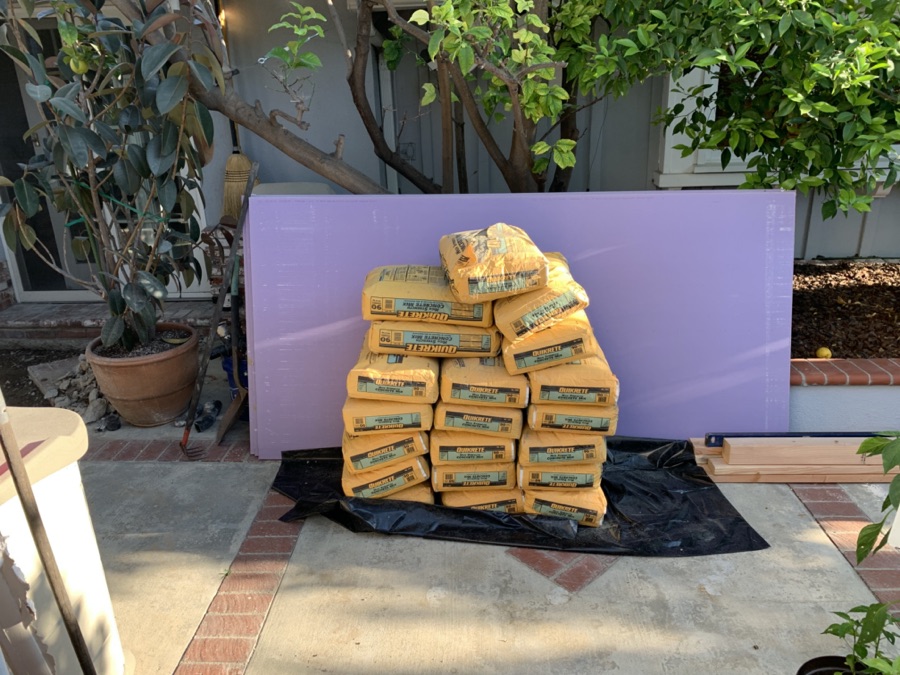 It will take about five bags to finish off the outside and another six or more bags to do the inside, which has to be carefully sloped from the side to the center of the shower. 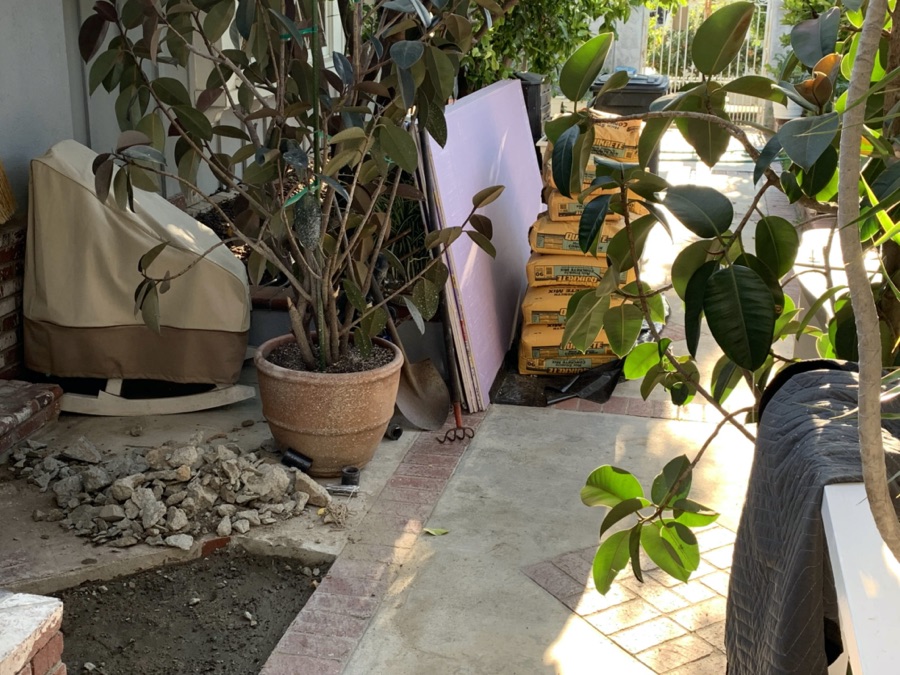 The two-inch pipe in the center feeds the main drain directly, so we will have no issues about water leaving the shower.  The air vent, in the corner, is now connected, so we are ready to pour tomorrow. 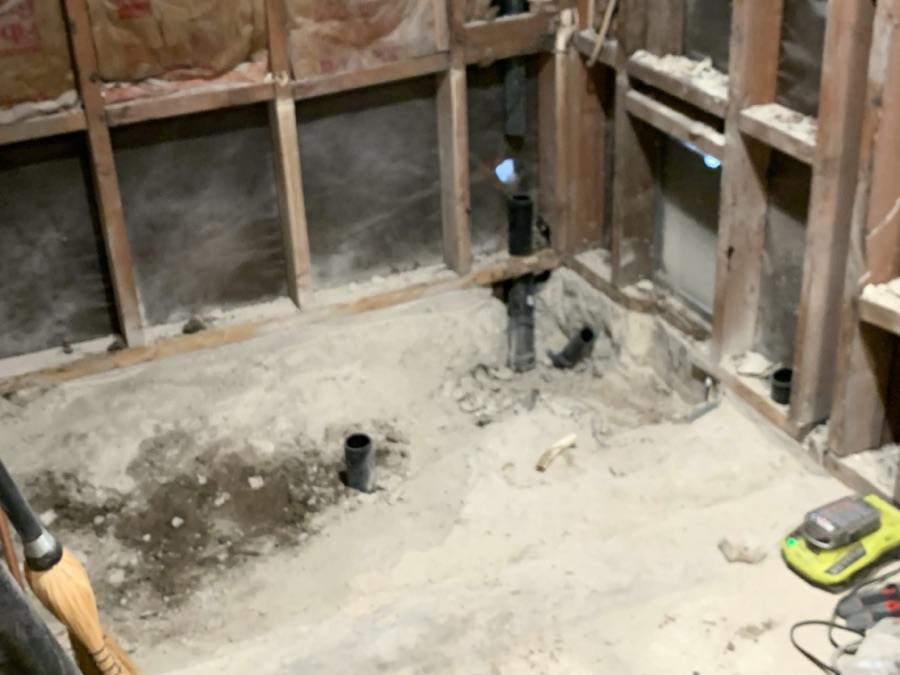 I was thinking about showers today, and I remember going to Europe with my father on the S.S. Vulcania.  We had a shower in our room, and it had four faucets.  Two for hot, two for cold, and you could select either regular-drinkable-water or sea-salt-water! 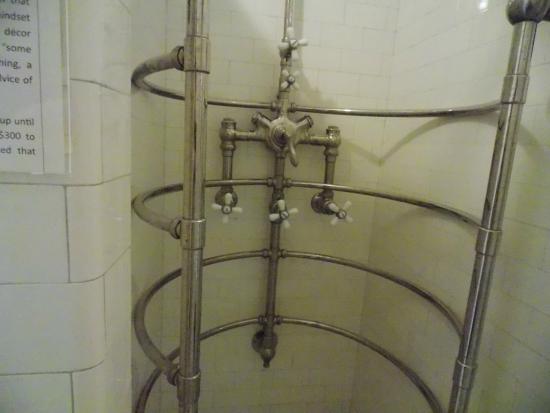 There was rail all around, so you had something to grab onto when the ship was moving!

Did You Know? The Vulcania, launched in 1926, is considered one of the most successful passenger ships ever built. During her career, she carried more passengers than any other Italian-flag ship. Like her twin sister MS Saturnia, she was designed by Niccolò Costanzi, the director of the Cantieri Navale Triestino, and represented a great novelty in the conservative field of naval architecture.

Although there had been various ships that offered private verandahs and promenades for the suites, the Vulcania and the Saturnia were the first liners to provide a large number of cabins with private balconies. Casa Artistica was responsible for designing the interior of the ship, in conservative classical style, with contributions from Austrian and British design firms. With works of art like Le Sirene, a 1934 wooden bas-relief by renowned artist Marcello Mascherini, displayed in the Tourist-class bar.

She hit a rock off Cannes in 1972, was damaged, and was laid up at La Spezia. She arrived in Barcelona on 18 September 1973 under tow to be demolished. Still, She was resold to a Taiwanese demolition company and departed under tow to Kaohsiung for scrapping on 15 March the following year. However, she sank at the bay before reaching the destination.

Tomorrow morning I go up into the attic when it is cold and install the four-inch exhaust fan pipes.  Since we have two exhaust fans, I needed a “Y” joint, which I got from Lowe’s last week. 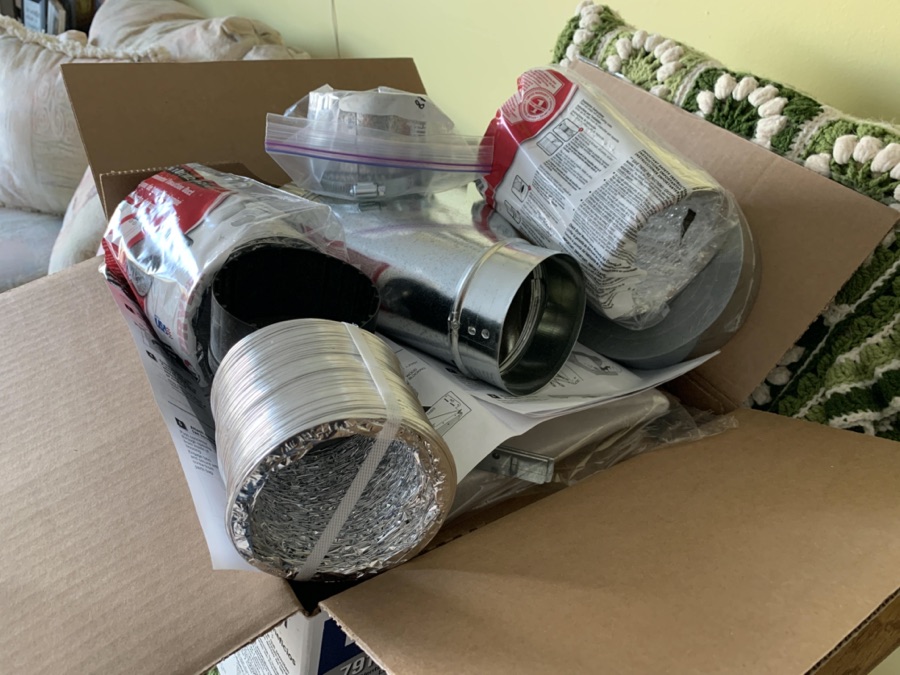 Into the attic tomorrow, I go to connect the exhaust fans.

Robin buzzed me around 10:30 AM, and we went to the Yucatan Grill for lunch.  Jose’ was on automatic as I had my one, and only one, margarita on the table awaiting my arrival.  We talked for a good forty-five minutes and then she had to go back to work.  I have my Father’s Day invite already! 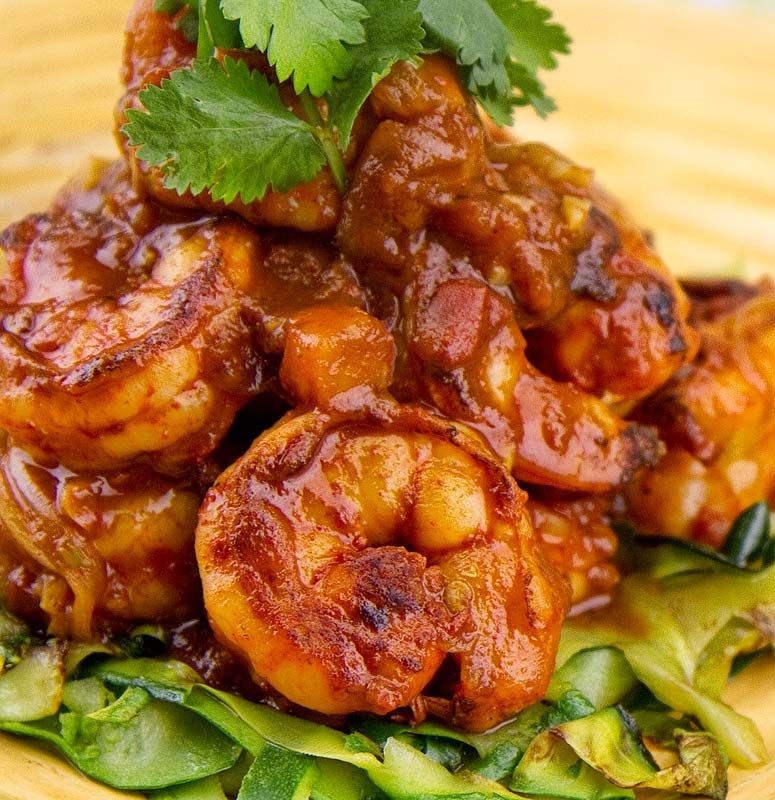 Back home, I assisted Bob by leveling the dirt and getting it ready for the concrete pour tomorrow. We watered the ground so that the dirt would compact overnight. Plus, the ground should be damp when the concrete is poured so the moisture will not be wicked from the fresh concrete.

Since it was so hot today, the hose and I visited the garden giving everyone a well-deserved drink! On hot days, one must be careful to water the ground and not the leaves.  If you water the leaves, the water droplets can act as small magnifying glasses and the hot rays of the sun get amplified and could burn the plants. 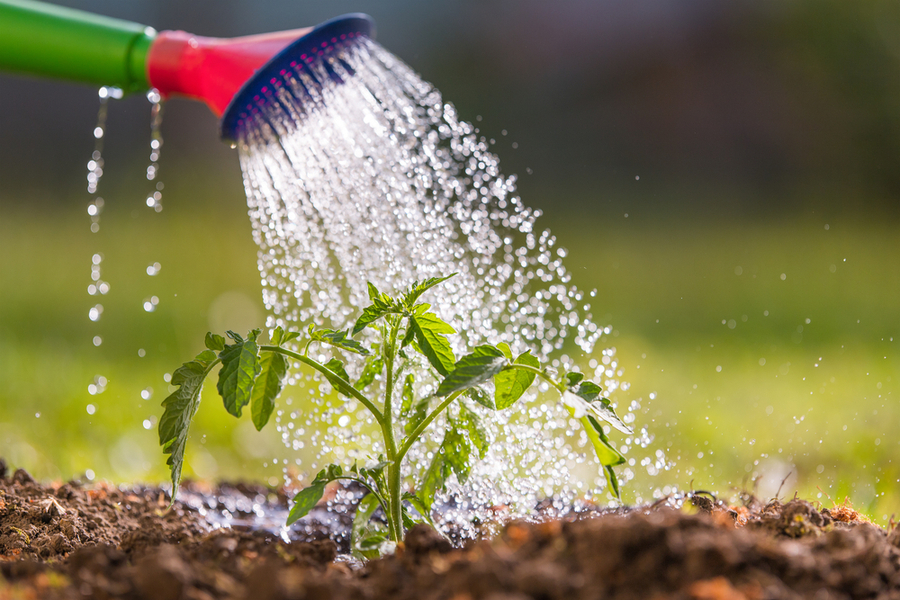 The cucumbers are growing quite nicely, so I propped them up on a cage so they would get more sunlight.  Now every few days I will make sure they stay within the cage.  In about two weeks, I will begin to can my homemade pickles. 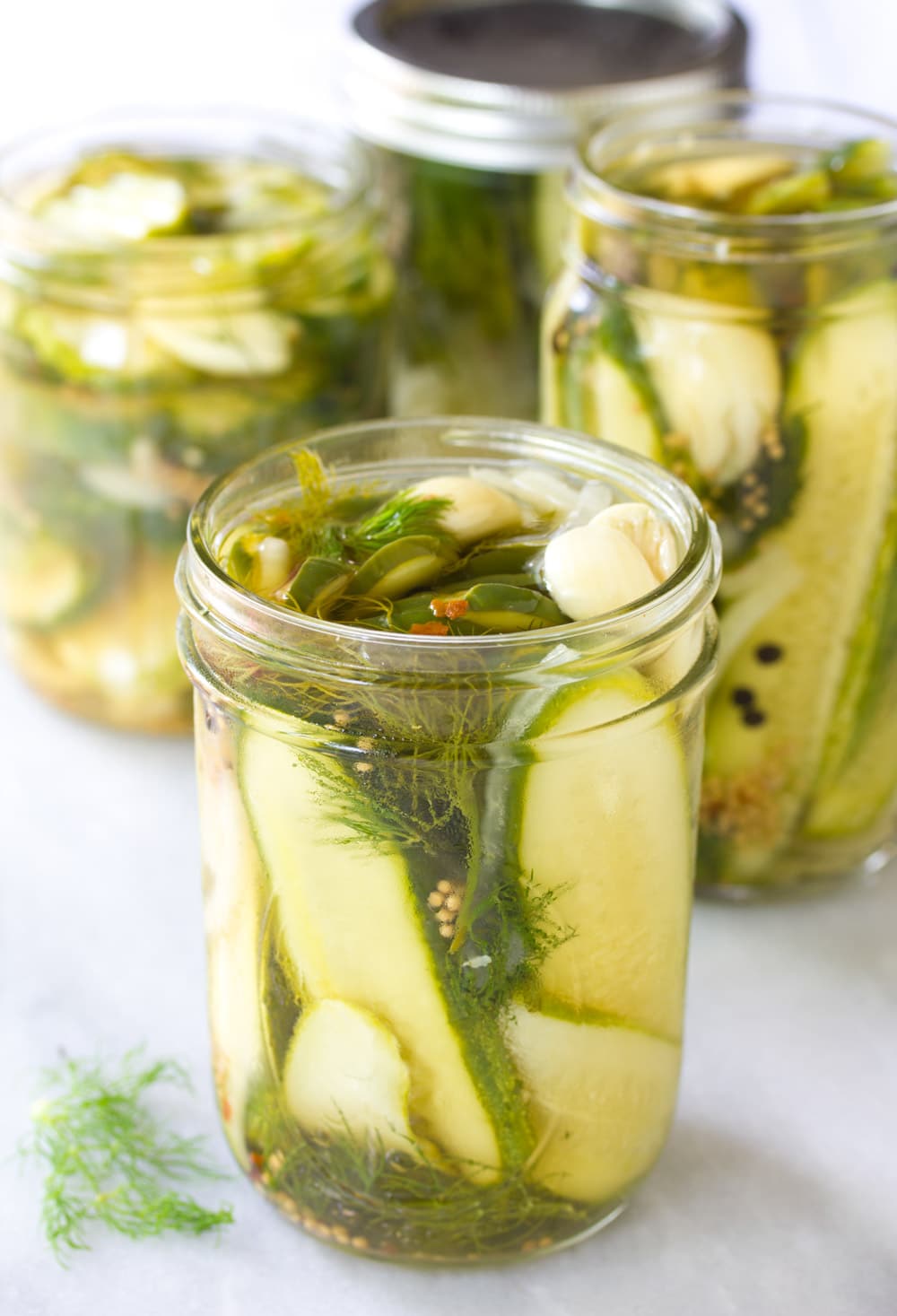 So good and easy to make!

The grapes get a little darker each day. The ones pictured below are in the front yard.  These are “knockoffs” of the famous Japanese Ruby Roman’s which are amazingly expensive. 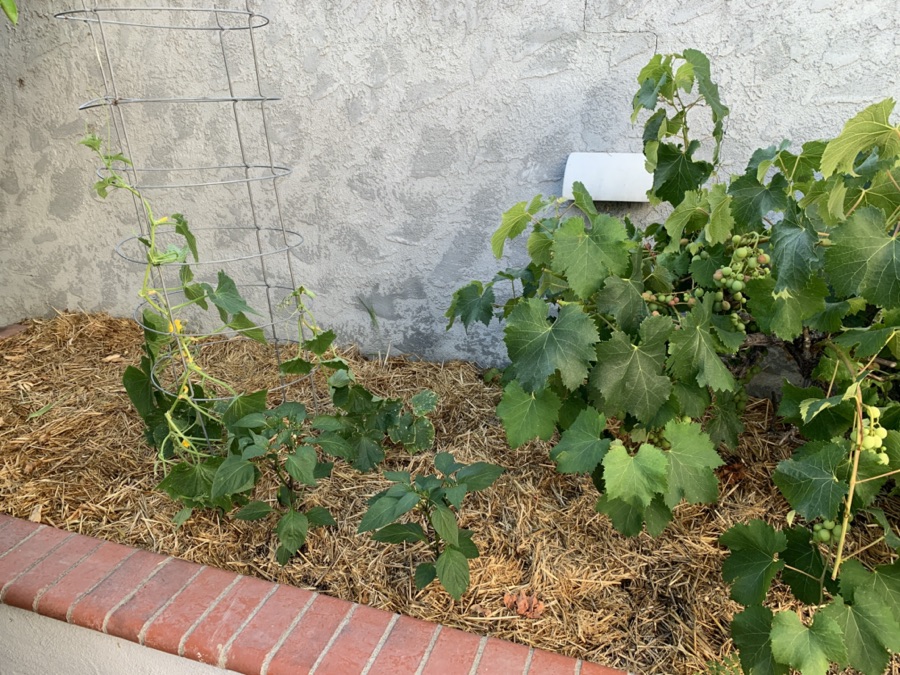 Another week and we will have grapes. 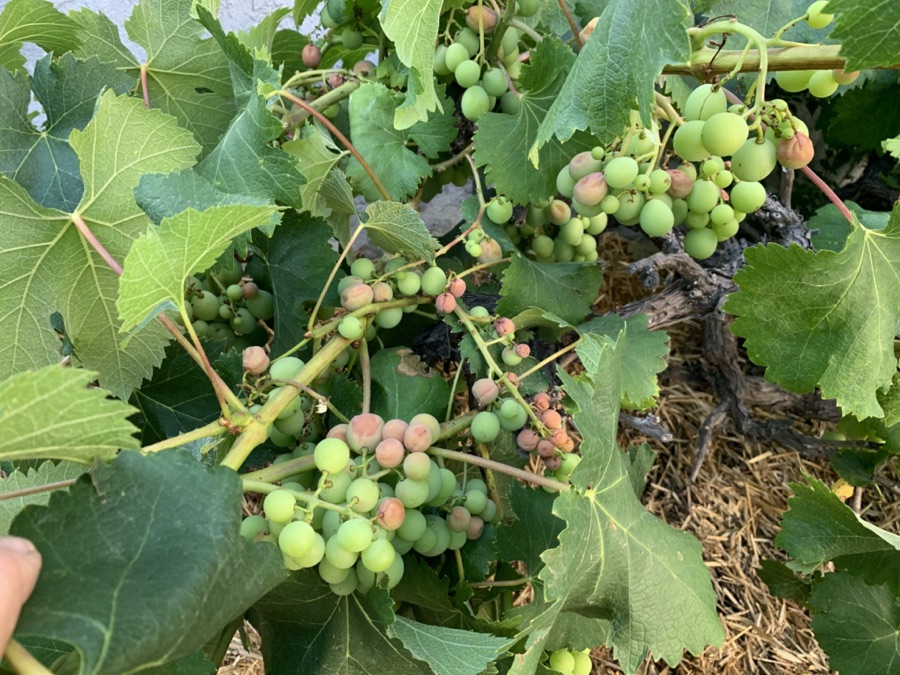 The grapes are turning red little by little. They get the size of a thumb when they are ready. 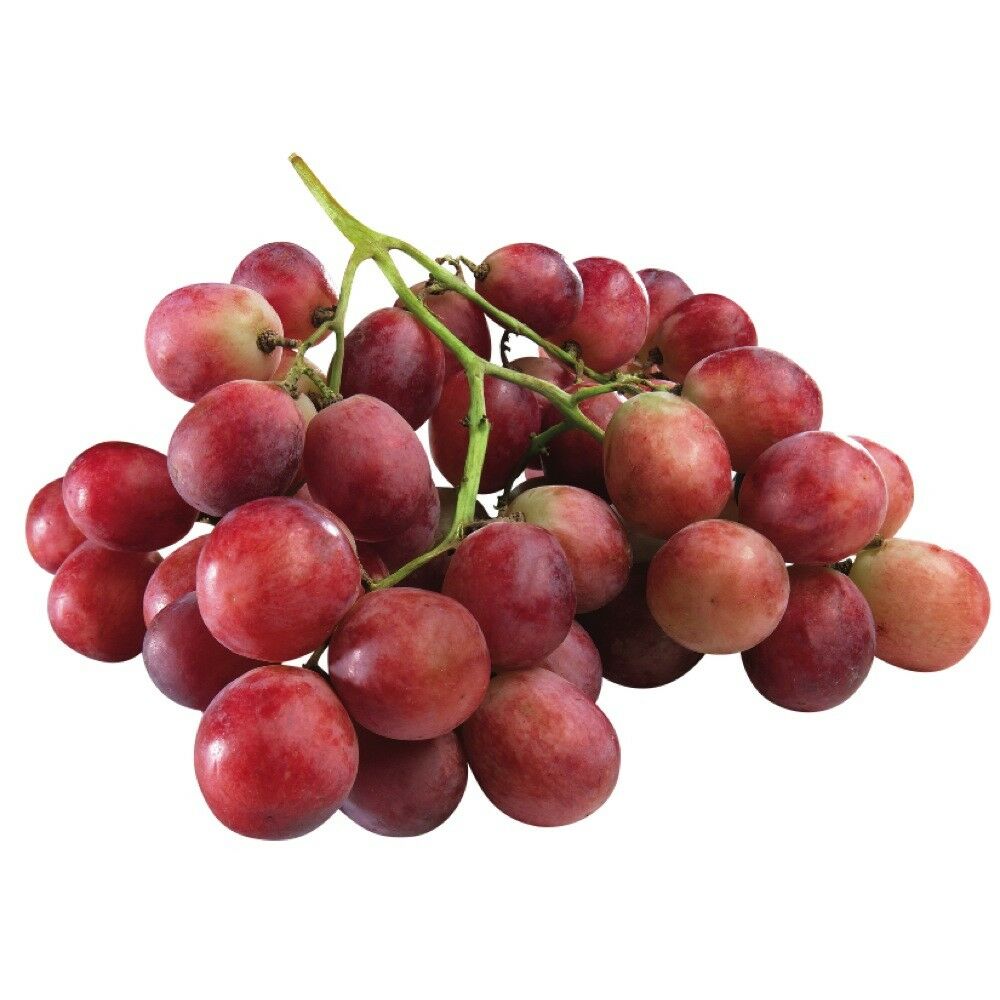 The skin is a little tough and it has seeds but the juice and pulp are delicious. 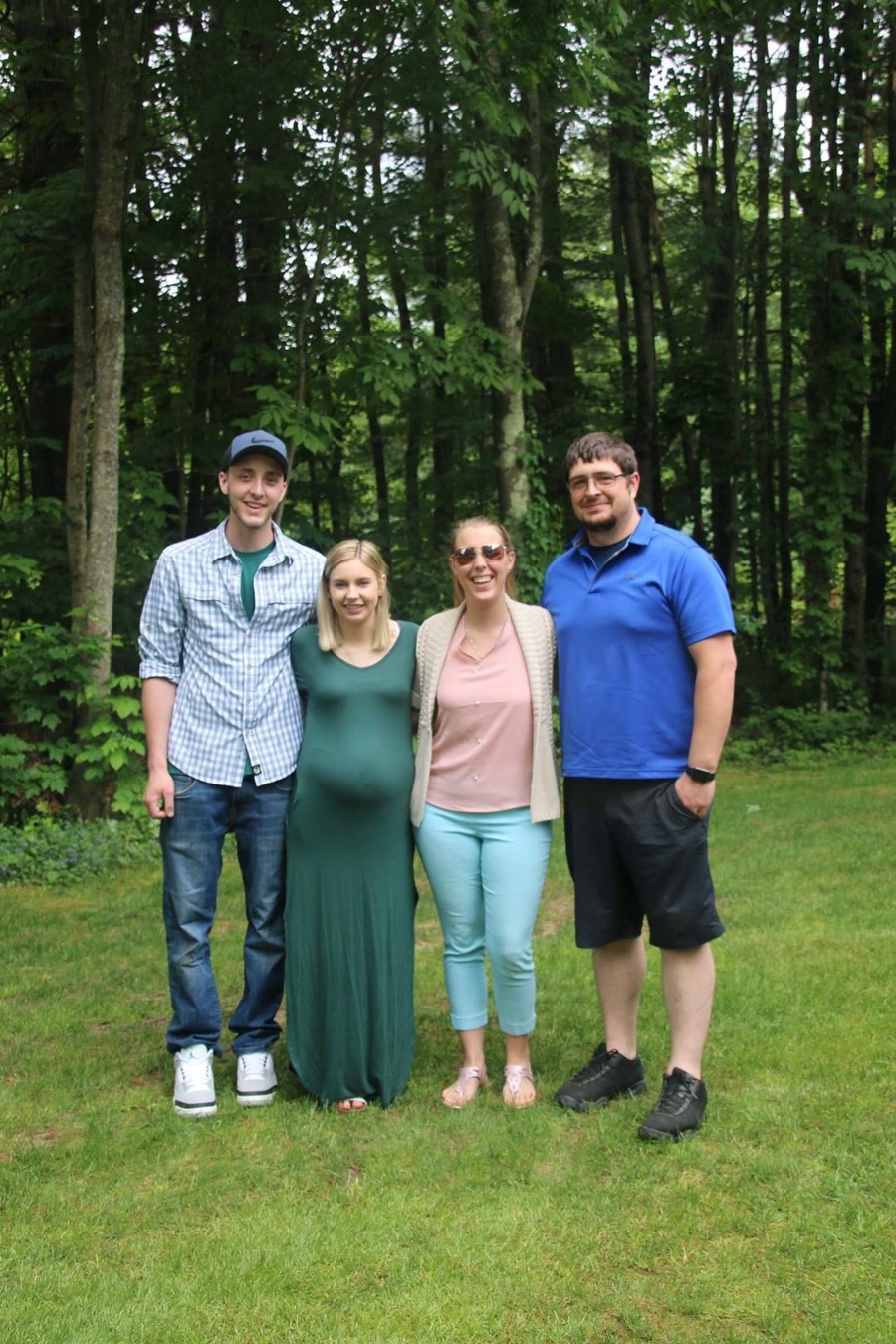 My grandkids and soon to be great-grandkid!  L to R: Nate, Jackie, Sarah, and Jon

Big Jon, my oldest grandson, is a gentle giant.  He and Miss Logann seem to be having a great time.  Jon and Grandma Sue always had a special relationship; perhaps it was because he lived with us for an extended period. 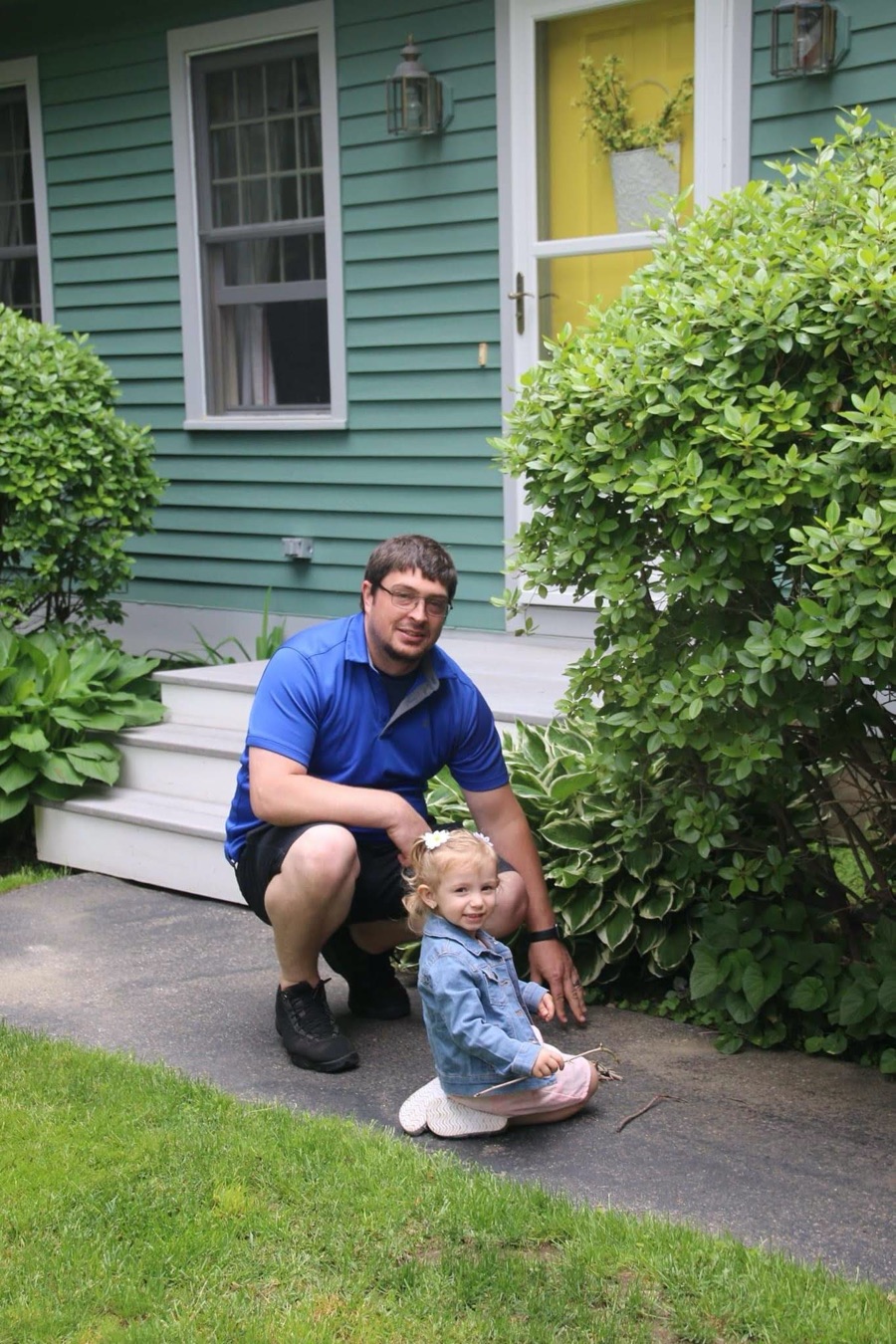 Jackie is doing great, keeping her distance and always flashing that million-dollar smile.  Another few weeks, and she will be a Mommy.  I could not be there so it was Amazon to the rescue. 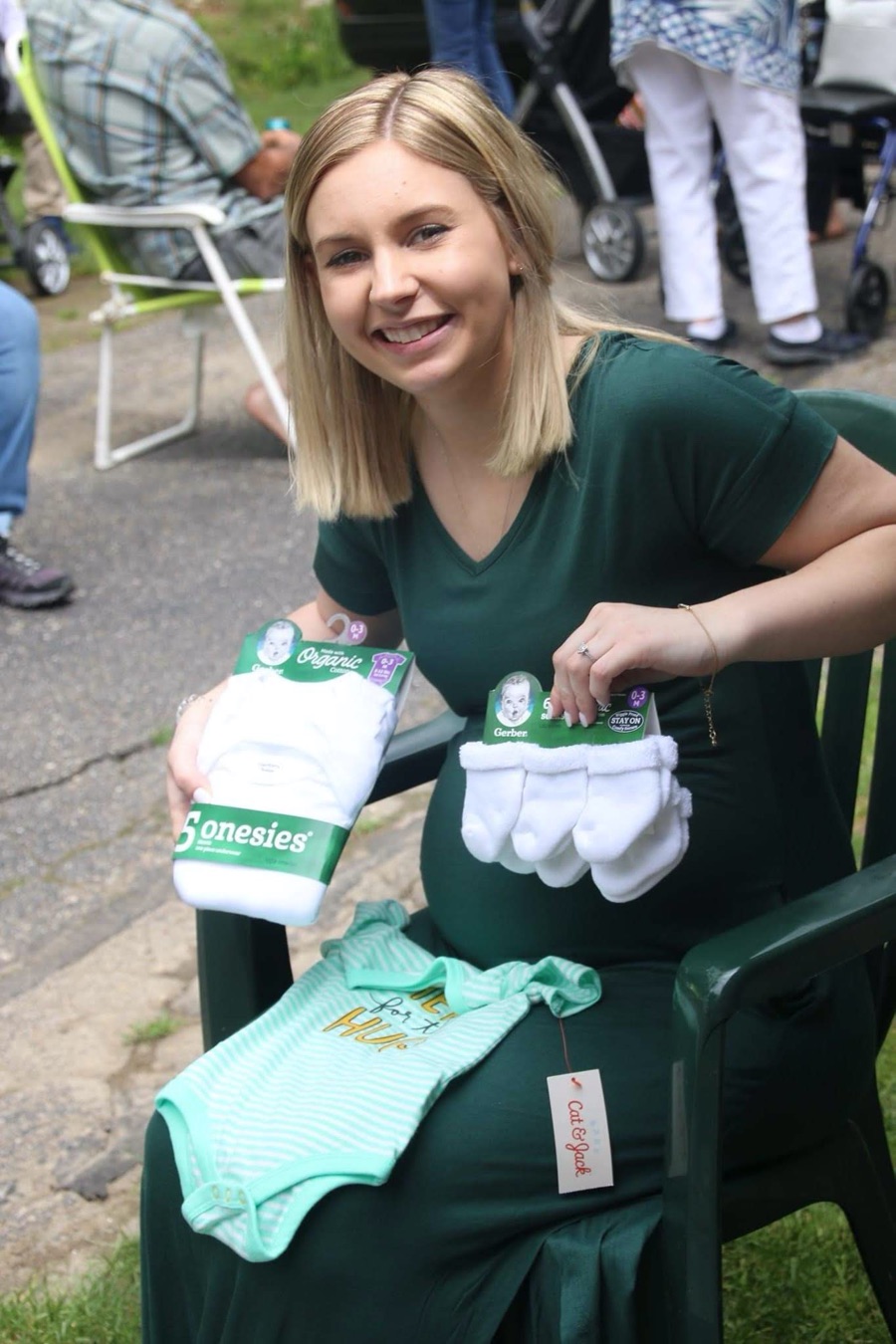 I watched a few minutes of the “news,” and I agree with this sign! 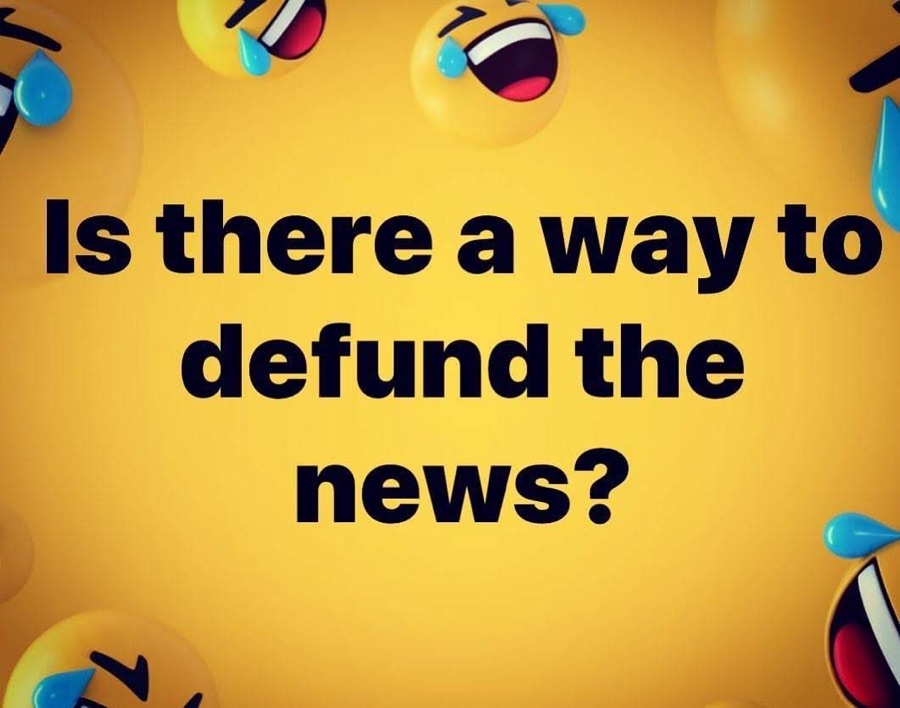 By 7:00 PM, I was done for, and it was too hot to walk, so I checked, and I did two miles around the house today, so that is good enough.  Tomorrow at 6:30 AM, I am going to walk to Ralph’s market, which is a good four miles and two hours.  My shopping list is light, so I do not need the car!

Just an old retired guy trying to finish out my last years on this planet loving my best friend and wife, having fun, learning, and passing on helpful things to others.
View all posts by Paul →
This entry was posted in Family, Gardening, Working Around House. Bookmark the permalink.
Powered by Maribol IMDB Plugin