One of the most powerful forces in American theater chronicles the black experience in the 1950s in this masterful drama. At its center—and filling his home with robust humor, tyrannical outbursts and unexpected tenderness—is Troy Maxson. Once a baseball star in the Negro League, now a garbage collector fighting for promotion, he faces middle age with scaled down dreams. But as he struggles to hold on to his dignity and his family, Troy puts up fences between himself and those he most wants to protect—his son, his wife, even his loyal friend, who see the world through different, more hopeful, eyes. 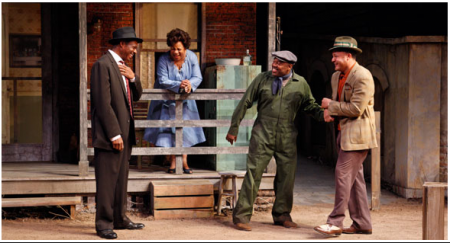 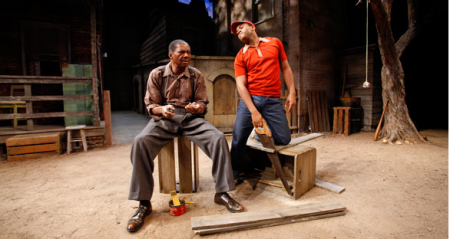 Just an old retired guy trying to finish out my last years on this planet loving my best friend and wife, having fun, learning, and passing on helpful things to others.
View all posts by Paul →
This entry was posted in Theater. Bookmark the permalink.
Powered by Maribol IMDB Plugin