An Adventure Day Topped Off With A Lind Visit!

Love the picture of President Trump clearing the swamp.  When I retired from Boeing it was the same way as the “management” had risen through the ranks and what was left was generally those who watched out for themselves, who had no idea of how the puzzle all fit together, and the ones that just waited their turn.  It was so pathetic…we had no people of conviction or character and no one would take a chance and try something different.  That’s why I departed three years early.  You go President Trump, be fearless, stick to your convictions and ignore the “mainstream media” who are made up of lazy, irrational, children seeking approval and not the truth! 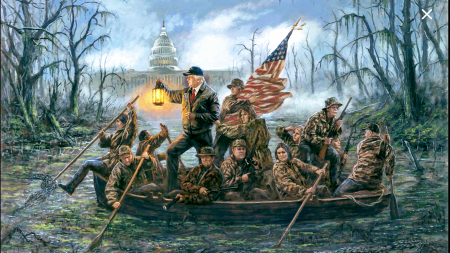 OK..enough politics!  We decided to go to Long Beach the long way today…via the water taxi.  We departed Alamitos Bay at 11:00 AM sharp for a 30 minute ride to Rainbow Harbor.  The new dock is very nice all in stainless steel with non-slip decking. 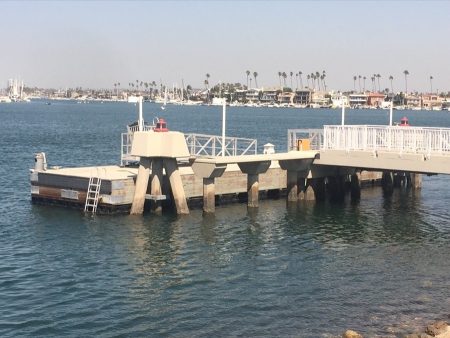 We got a great shot of the Alamitos Bay Yacht Club located across of Menaley’s (Malarkey’s). 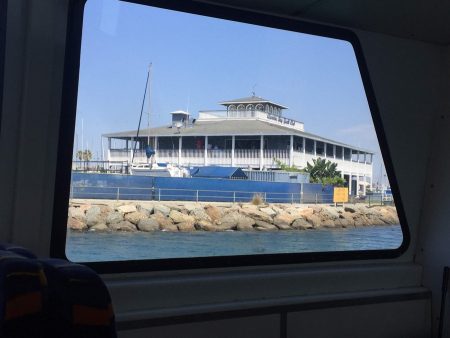 We scooted across the open waters quickly arriving at Rainbow Harbor where we were greeted by the lighthouse. This lighthouse, located on the west edge of the entrance to the city?s municipal marina was built purely for aesthetic reasons and serves no navigational purpose (if only as a landmark). 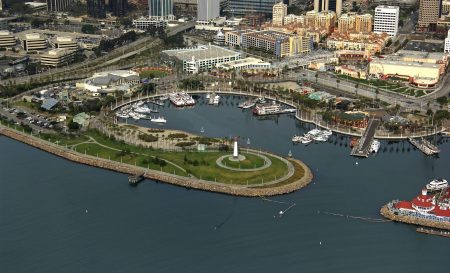 The closeup through the windows is not nearly as dramatic as the aerial! 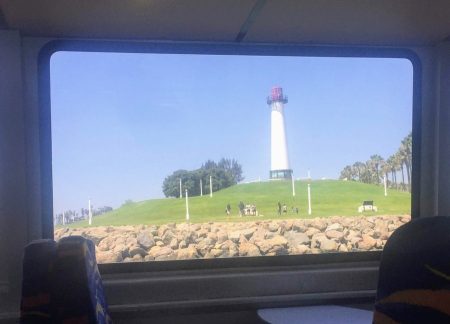 We ambled up Pine Street to George’s Greek Cafe where, of course, we got our hug from George who stands out front greeting his guests.  We had a super meal with Paul getting the lamb chops, Sue here veggie assortment, and Diane a nice looking salad.  Of course, we all had Saganaki to start! 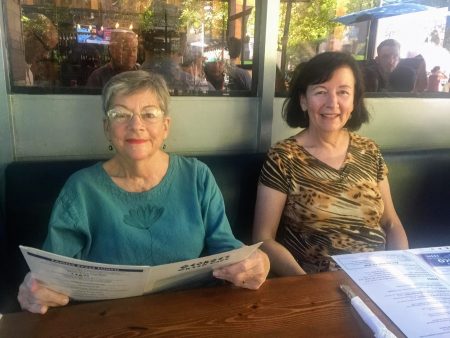 Greek dining at The Greek Cafe on Pine Street

Tummies are full so it was time for Paul to check his eyes for light leaks!  No leaks to be found for sure but a twenty-minute nap was quite relaxing.  Then his portable alarm clock went off.  It was loud as it was directly across from him! 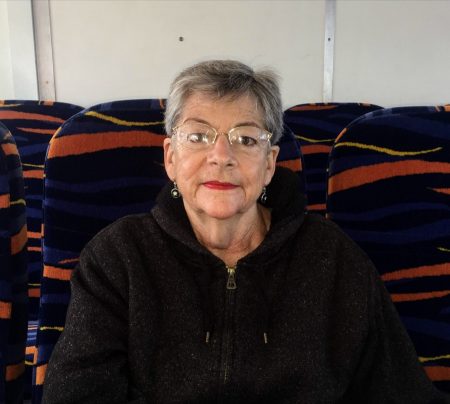 Long Beach, here we come…Time for me to wake him up!

As we departed Long BEach we noticed the Queen had one of her funnel restorations completed and the middle one in-work. The Queen Mary as built had three raked funnels.

Did You Know? The forward funnel was 70ft 6 inches high from sports deck while the middle funnel was 67 ft. 6 inches and the aft funnel 62 ft. 3 inches All three had a diameter of 30ft, and were 23 ft. 4 in. wide, permitting, as Cunard’s marketing materials noted (below) “3 modern locomotives, placed abreast, to pass through, or to enclose the hull of the first Cunarder, the Britannia.” The whistles could be heard ten miles away. The angle of rake selected was based on extensive wind tunnel testing of models. The aim was to minimize the problem of soot descending on passengers using the upper decks. The last funnel was a partial also used for deck chair storage.

The funnels were all replaced with aluminum replicas – somewhat shorter than the original ones. The replicas are not riveted and are smoother in outer appearance therefore. 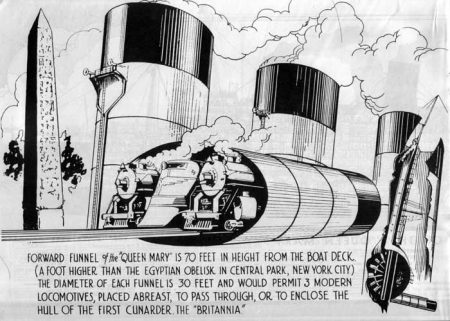 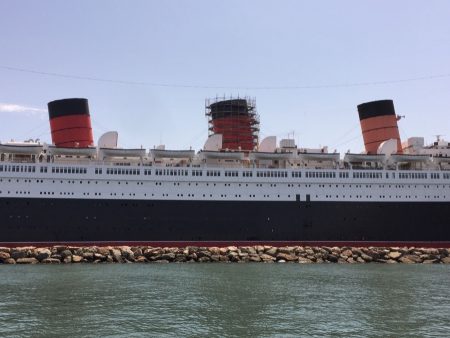 Funnel #2 gets a remake!

Upon arrival at Alamitos Bay, we headed home and then texted Rebecca suggesting a Taco Tuesday evening and voila, like magic, we got to go to Old Ranch and visit with Rebecca, Lilly, and Zachary.  We had two hours of dining and visiting and watching Lilly bounce in the indoor bouce-house!  Super fun and the three teachers got to gab as Great-Grandpa Paul and Zack took care of Lilly!

At 8:00 PM we headed home for some NCIS before crashing.  All in all it was a wonderful day.  That is correct, NO tookies tonight.  Paul has been stuffing himself and decided tookies would be an insult to injury!  When Diane departs tomorrow, Paul goes back to bread & water.

Just an old retired guy trying to finish out my last years on this planet. I lost my best friend and wife in early 2020. I was blessed again by reconnecting with Dr. Mary Côté, a long-time friend. Mary and I got married July 28th, 2021, and are enjoying life together and plan to spend the rest of our lives being a blessing to our friends and family.
View all posts by Paul →
This entry was posted in Adventures, Family, Food and Wine and tagged Dining Out, Family, Old Ranch. Bookmark the permalink.