Something To Ponder: Did you ever notice that when you blow in a dog’s face he gets mad at you, but when you take him for a car ride he sticks his head out the window?

Our dear neighbor lost her younger sister so Il headed to Von’s to pick up a sympathy card.  It must be hard to loose a sibling.  Il felt a little that way when he lost his cousin Tom last year…someone you grew up with and knew pretty well all of a sudden gone. 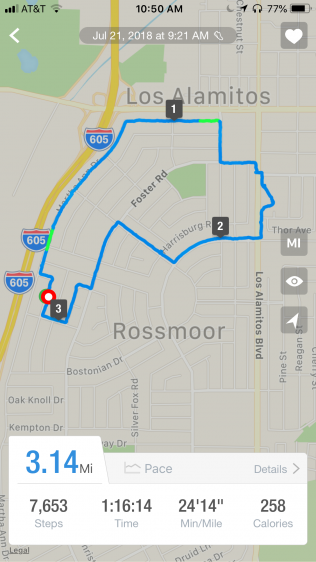 Love seeing patriotism around the neighborhood. 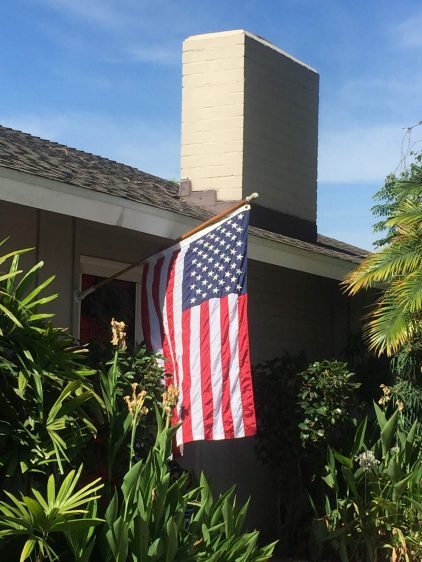 I get time to think about the news while on the walks and the latest about the “high school” kids who went through the shooting tragedy yapping about a revolution came to mind.  Here is a bunch of teenagers who have not received an education taking on the world believing the liberal baloney spewed out from the likes of CNN and the lefties.  The latest is gun control…I tried last nigh and I was cleaning my 45.  I loaded it, put it on the counter, and for 40 minutes commanded it to fire…shoot the tomato plant outside…the damned thing just sat there like it was an inanimate object or something.  I finally unloaded it and put it away, quite frustrated. 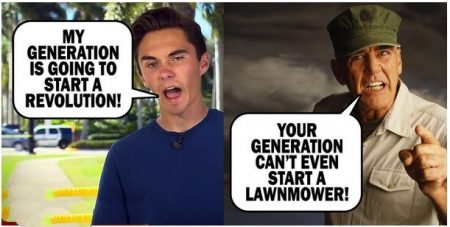 I feel sorry for these teenagers getting a poor education, getting filled upon liberal baloney, and having no idea of what the world is like!

Then is dawned on me, it take a person to make the gun aim and fire…what a thought!  It’s not gun control we need, but putting less violence into the heads of people…how about church, how about telling Hollywood to cut out the mindless violence, how about de-glorifying bad behavior (does rap music ring a bell?), how about a real death penalty for using a gun or knife to murder?

Damn… logic, perhaps we ought to give that a try?  Enough, back to walking!

Vines gone wild!  This vine took over the tree and is putting its blossoms 40 feet into the sky with the help of the tree which is almost invisible. 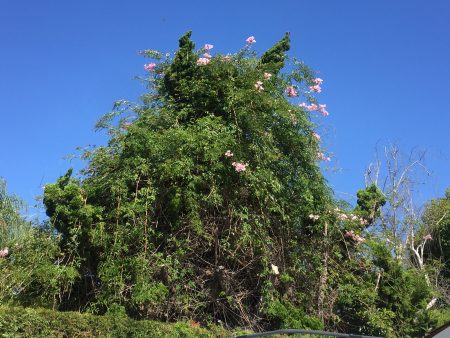 Reaching for the sky

We did some chores around the house and then spent the afternoon binge watching NCIS before cleaning up and heading to Fullerton to go to Starlighters.  Join the fun!

We had a great time sitting with the Roberts, Zaitz, Branders and Iris & Will.  Tropic Star was playing and we got in 5-6 dances during the evening. 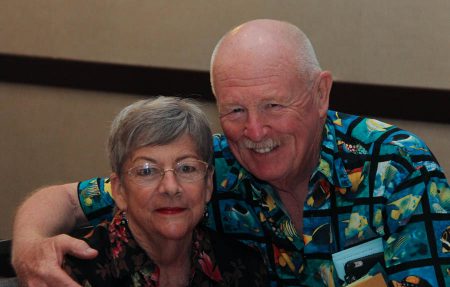 A wonderful evening of visiting and dancing

We headed home about 10:30 PM and watched a little TV before crashing.  We went “tookieless” this evening but that was OK.

Just an old retired guy trying to finish out my last years on this planet loving my best friend and wife, having fun, learning, and passing on helpful things to others.
View all posts by Paul →
This entry was posted in Dancing, Food and Wine, Friends, Walking and tagged Dancing, Dining Out, Starlighters, Walking. Bookmark the permalink.
Powered by Maribol IMDB Plugin