M-m-m-m-m-m: If people evolved from apes, why are there still apes?

I grabbed the grocery list and took off in a flash aiming directly at the shopping center and Ralph’s market.  Almost four miles but I got the goodies we needed.  I can bring home almost everything that is not either too heave (six pack of beer) or cold (ice cream), everything else is easy since we now but our paper goods from Amazon. 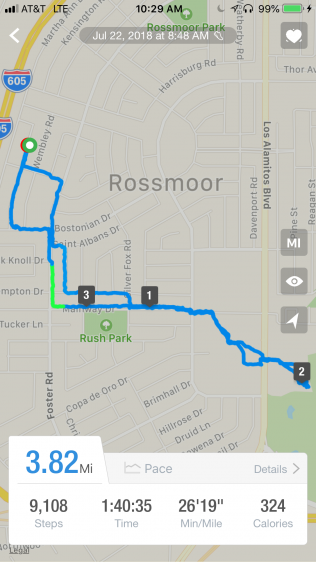 Off to the market

Is it a “Butter Rose”?  Sure looks like a Martha Stewart rose to me…the color of butter! 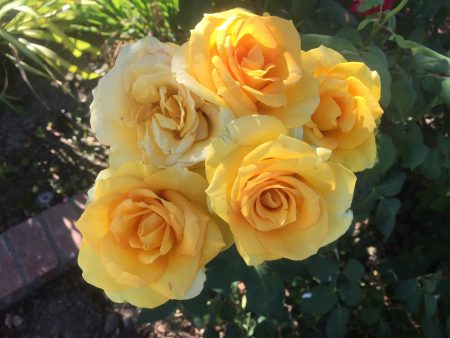 We have several of these trees around the area and they are quite interesting!

Did You Know?  Manzanita is a common name for many species of the genus Arctostaphylos. They are evergreen shrubs or small trees present in the chaparral biome of western North America, where they occur from Southern British Columbia and Washington to Oregon, California, Arizona, New Mexico and Texas in the United States, and throughout Mexico. Manzanitas can live in places with poor soil and little water. They are characterized by smooth orange or red bark and stiff, twisting branches. There are 105 species and subspecies of manzanita,  95 of which are found in the Mediterranean climate and colder mountainous regions of California, ranging from ground-hugging coastal and mountain species to small trees up to 20 feet (6m) tall. Manzanitas bloom in the winter to early spring and carry berries in spring and summer.  The berries and flowers of most species are edible.

The word manzanita is the Spanish diminutive of manzana (apple). A literal translation would be little apple. The name manzanita is also sometimes used to refer to species in the related genus Arbutus, which is known by that name in the Canadian area of the tree’s range, but is more usually known as madroño, or madrone in the United States. 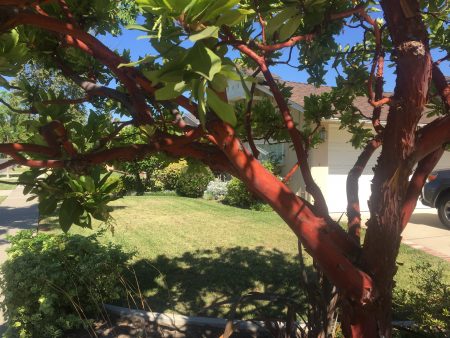 The bark was red… beautiful red

Returning home we watched a little TV before cleaning up and heading to Becca’s baby shower at Old Ranch.  Robin is going so I can sit int the bar with Mitch for three hours and get the latest scoop on life.  Sue was not really wanted to go as my ex and our daughter who we do not communicate are going to be there.  But it was fine, the ex and her daughter behaved so all went well.

Robin was funny when she returned as she had never met the ex and asked my how much older she was than me.  I asked why and she said her skin has “weathered probably from a lot of sun and she looked old”.  I admit, I giggled!

We hung around after the shower with several of Becca’s friend who we knew.  We invited them to partake is a drink or two and that was fun!  We really like Laura a lot!

After that we departed we decided to eat before going home.  The shower did not have any veggie food for her (with protein) so we went to California Pizza Kitchen and sat in our place, table 40, and Sue had some excellent soup and a flat bread while I polished off half of a steak!  Good groceries. 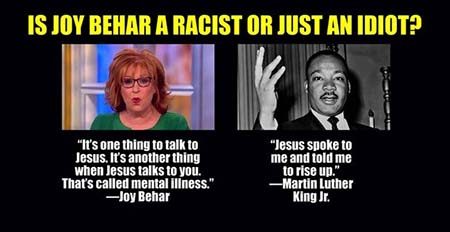 So sad to see such lunacy on the TV these days…and people listen to it!

We headed home to watch some more NCIS and void the “news”.  Dr. King, where are you now as we would sure like to have a leader like you back to help our country!

Just an old retired guy trying to finish out my last years on this planet. I lost my best friend and wife in early 2020. I was blessed again by reconnecting with Dr. Mary Côté, a long-time friend. Mary and I got married July 28th, 2021, and are enjoying life together and plan to spend the rest of our lives being a blessing to our friends and family.
View all posts by Paul →
This entry was posted in Family, Friends, Just Us, Walking and tagged Celebration, Family, Friends, Old Ranch, Walking. Bookmark the permalink.