The Weekend Is Almost Here!

Time for a walk and this time Paul knew the route so no map needed.  One hour and 2.52 miles plus lots of flowers! 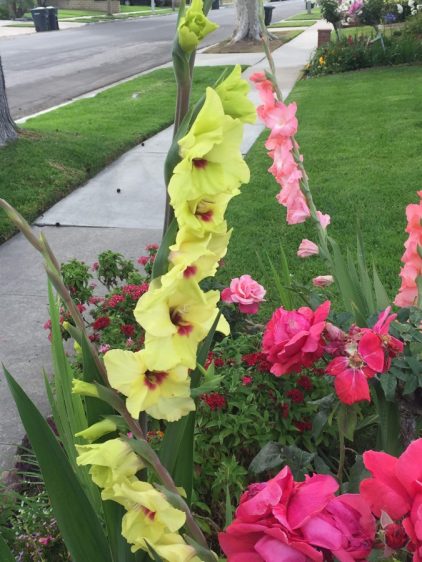 Such soft shades of pink!  Just amazing how Mother Natures does this! 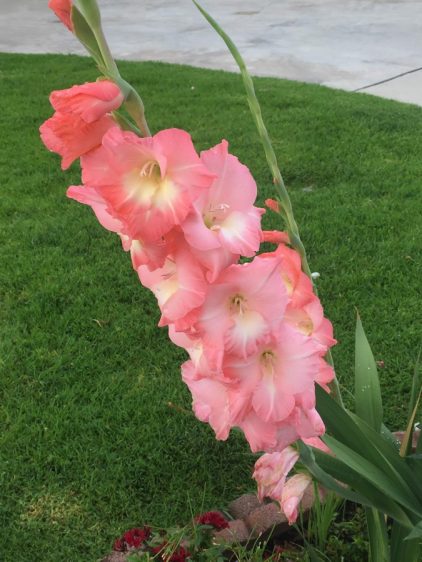 It belongs is an art museum!

But the flowers that are red take the cake!  These little guys just screamed “Look At Me” 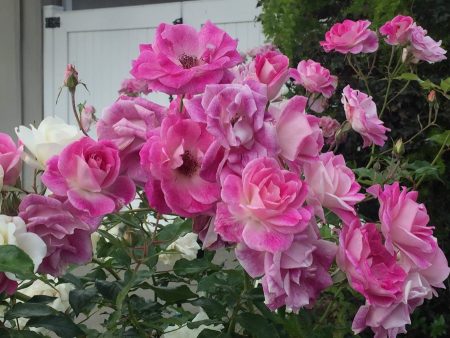 Has someone been painting these using oils? 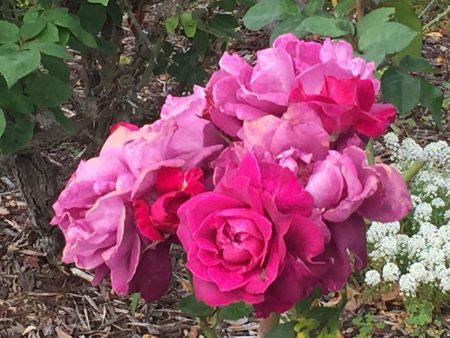 Sometime the ol’ mind plays tricks on Paul but this one was quite interesting.  Seems like an old fence, correct?  Paul walked by… screeched to a stop…turned back..and took another look! 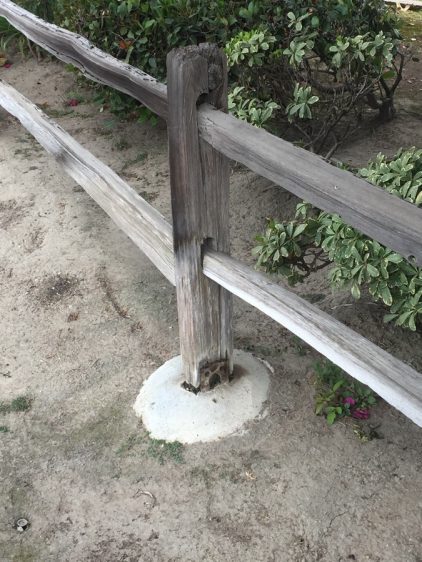 Paul was being watched by a rather small but large dog! He was quite handsome with one ear pointing up and his nose just over the concrete base.  Paul named him “Spooky”. 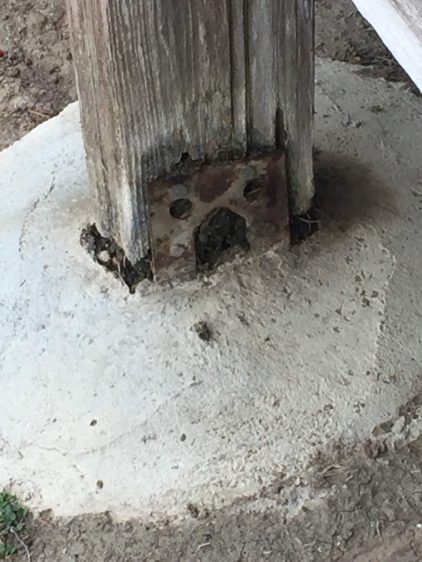 Just peering over the concrete he was!

Back home and the finishing touches went on the swing cover!  The green is the new cover and the PVC frame supports a 10 mil thick commercial tarp.  We even but moving blankets on the swing seats to protect them from the weather!  Great for sitting  in the afternoon! 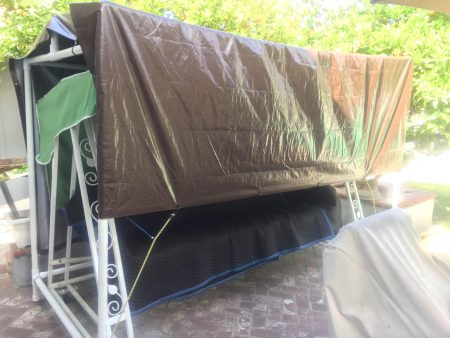 Come rain and come sun… The swing will stay dry and out of the UV rays!

Not it is time to go dancing and we did…Garden Grove Elks here we come!  Everyone what there this evening and Paul had the best swordfish steak he has ever had!

Did You Know? The flesh of some swordfish can acquire an orange tint, reportedly from their diet of shrimp or other prey. Such fish are sold as “pumpkin swordfish”, and command a premium over their whitish counterparts.

Swordfish is a particularly popular fish for cooking. Since swordfish are large animals, meat is usually sold as steaks, which are often grilled. 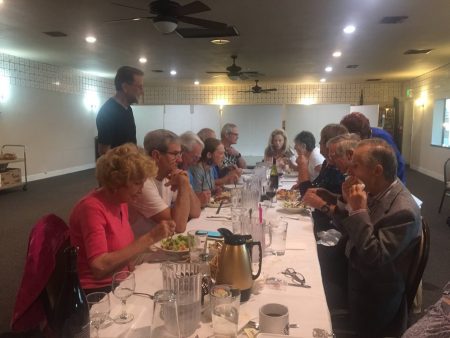 Almost the whole gang was here! 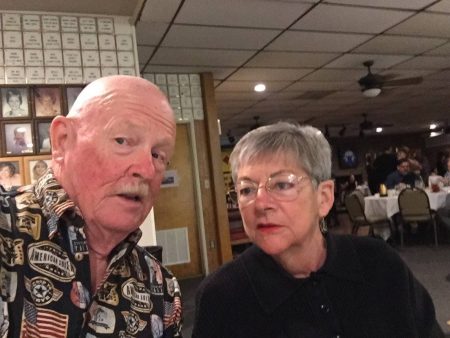 We went home and enjoyed the rest of the evening watching a movie.  Tomorrow is Saturday and a busy day!

Just an old retired guy trying to finish out my last years on this planet loving my best friend and wife, having fun, learning, and passing on helpful things to others.
View all posts by Paul →
This entry was posted in Dancing, Food and Wine, Friends and tagged Dancing, Dining Out, Elks Lodge, Friends. Bookmark the permalink.
Powered by Maribol IMDB Plugin