Wednesday Be Here And We Are Ready To Be Shot!

As you know, Sue had an SI injection about two weeks ago but it did not “take”…meaning, the cortisone missed the joint because the procedure used a fluoroscope which is a one dimensional view of the join in low resolution.

Random Memories: Paul loved to watch Amos & Andy in the early 1950’s. These guys were comedy geniuses! Paul remembered one episode where Andy’s back was killing him. Kingfish asked him what was wrong and Andy replied “I got’s something wrong in my sacro-cracker-jack”… I nearly cracked up.

While the stars of the show used the “black dialect” so they could murder the language (much like Curley Joe and Lou Costello), the other black characters in the show were indistinguishable from anyone else… and were in fact generally professional people!

Naive but honest Amos was hard-working, and, after his marriage to Ruby Taylor in 1935, also a dedicated family man. Andy was a gullible dreamer with overinflated self-confidence who tended to let Amos do most of the work. Their Mystic Knights of the Sea lodge leader, George “Kingfish” Stevens, would often lure them into get-rich-quick schemes or trick them into some kind of trouble. 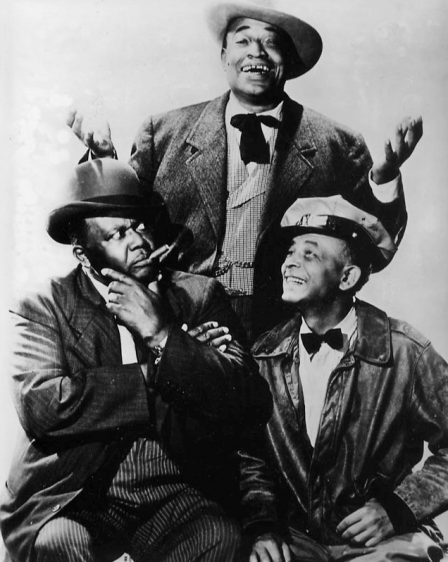 Dr. Spenser recommended a “mulligan” but this time with CT imaging used to provide a precise 3-D view of the joint. A diagnostic SI joint injection is used to confirm a suspected diagnosis of sacroiliac joint dysfunction. This is done by numbing the sacroiliac joint with local anesthetic (e.g. lidocaine). CT guidance is our preferred technique for lumbar facet joint injection. The patient is placed in the prone position, and several images are obtained at the level of interest to determine entry site and angle of approach. The entry site is marked on the skin, and a 22-gauge needle is advanced into the joint. 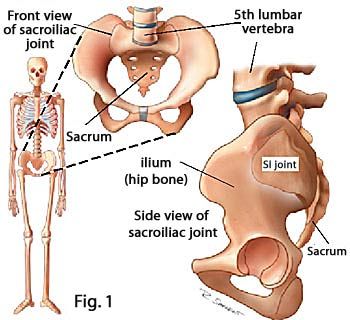 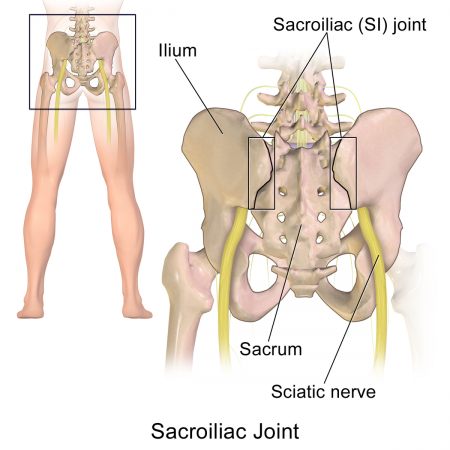 We got to the hospital at noon and she was called in about 1:30 PM completing the procedure in about 45 minutes. We went out to do some errands afterwards as the instructions were to walk to help get the lidocaine flowing around the joints…time will tell!

After going to the wine store, the Apple store, and a quick stop at the cleaners, we headed home. Paul worked in the front yard and Sue rested a bit.

We decided to go to Patty’s Place as we have not been there yet this year.  Chuck, our favorite bartender, was quick to serve us our non-alcoholic wine and found an O’Doul’s laying around for Paul.  We visited for an hour and then headed home.  Paul did find the pepper steak quite good! O’Doul’s has a mild, sweet taste with a slightly dry finish. O’Doul’s Amber has a rich, slightly sweet taste with flavorful hop finish.

O’Doul’s and O’Doul’s Amber are brewed as traditional premium beers – fermented and aged to full maturity. The alcohol is then removed through the use of low temperature, low-pressure distillation. This extremely gentle process allows the alcohol to be removed without heating or cooking the beer, which retains the full, rich and delicate flavor and balance of our non-alcohol brews.

While watching TV we heard something at the front door around 10:00 PM and it was Greg!  He missed out meeting of last night and decided to drop in to celebrate his “birthday”…one year sober!  We had a large chocolate cupcake and some non-alcoholic champagne to celebrate! 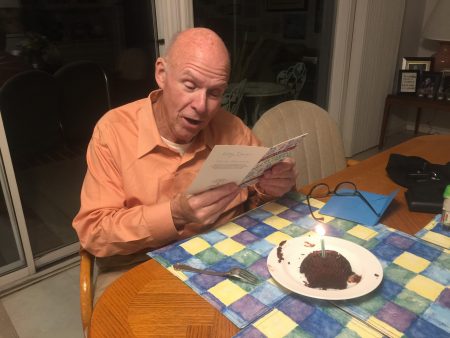 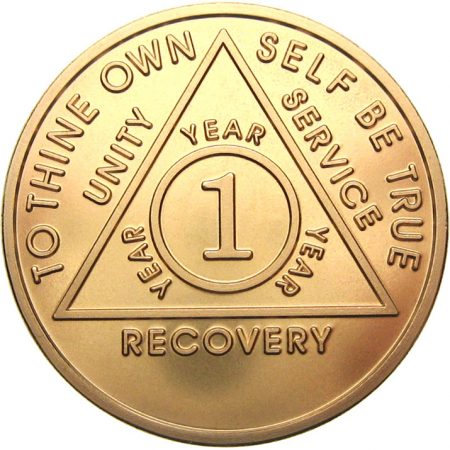 He was quite proud of his achievement!

We watched some TV and finally crashed! We are hoping that tomorrow will bring some relief!

Just an old retired guy trying to finish out my last years on this planet loving my best friend and wife, having fun, learning, and passing on helpful things to others.
View all posts by Paul →
This entry was posted in Friends, Just Us and tagged Celebration, Doctor, Random Memory. Bookmark the permalink.
Powered by Maribol IMDB Plugin