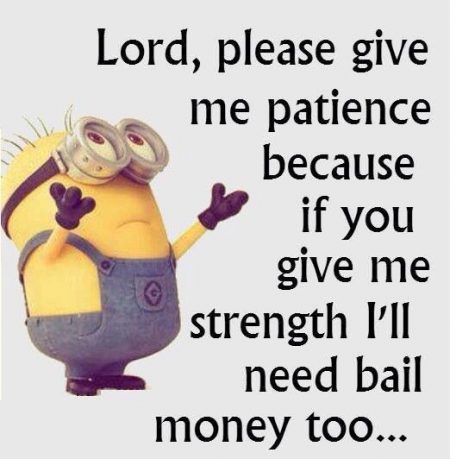 Global Warming, that must be the answer! It’s the middle of May and it is 60 degrees when I walk in the morning! Brrrrr!  Today, we stayed inside and just piddled around!  While having lunch, Sue noticed our corn was beginning to lay over so Paul went out and staked them up plus tied some up with twine.  Also, out tomatoes are going so crazy they needed to be tied up and put back in their cages!

(Sometimes at night you can hear the corn giggle) 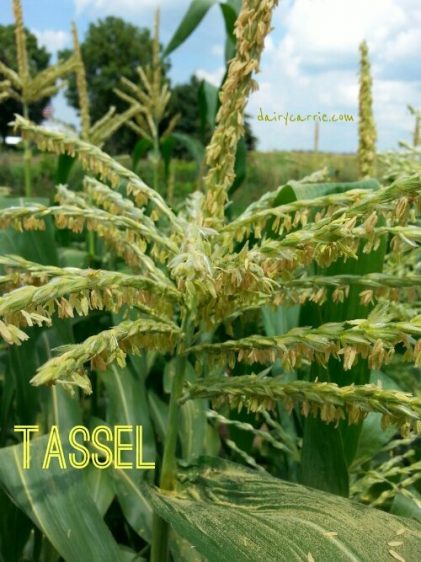 The boys parts getting ready to drop via the wind! 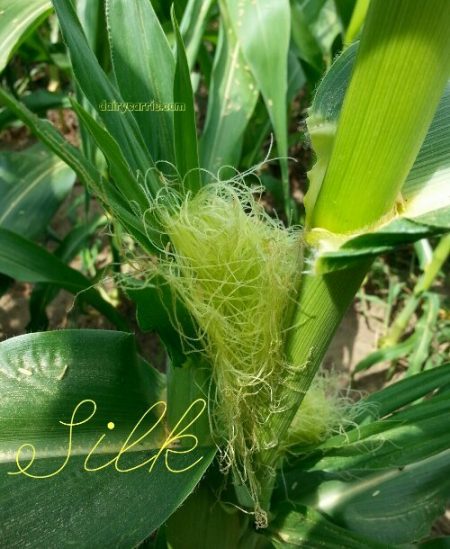 The silk just loiters around awaiting their guys 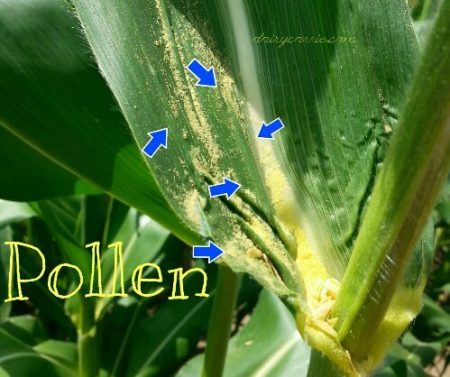 The pollen (sperm) blows around on the wind and finally get onto the silk!

Did You Know? The tassel shows up first, it opens and starts to release the pollen before the silk has appeared. Classic male, ready to go before the female is even at the party. The silk appears and it starts to collect the pollen. The silk is covered with tiny sticky hairs made to grab the pollen. Even though pollen can be carried by the wind, it generally only travels 20 to 50 feet. Most of the silks will collect pollen from other plants rather than the pollen from her own plants tassel. Pollen is only viable for a short time, like less than 24 hours but as soon as the pollen hits the silk, bam, that one corn kernel is pregnant. That ain’t no Etch-A-Sketch. This is one doodle that can’t be un-did, Homeskillet.

After the pollen hits the silk and there is a corn bun in the oven the kernel will start to grow. In about 2-3 weeks the ear of corn will fill up with all the pregnant kernels and the formerly sexy silks that brought all the boys to the yard will dry up and become brown. That’s when the corn is ready for us to eat!

So there you have it, the basics of corn sex. The more you know, people, the more you know!!! If you need me at night in the near future you will find me out in the sweet corn patch defending my corn from the masked marauders trying to pillage and otherwise violate my corn. I’m still waiting for Monsanto to come out with a sweet corn variety that repels raccoons. They love the stuff!

We watched some TV and turned up the heat in the house to 76!

It’s now noon and time to get serious.  We got cleaned up and started out busy day!

Stop one was sad…our good friend JR Graham passed a few months back and today was his memorial at Old Ranch! He was Paul’s age and all of a sudden he got a very very aggressive cancer and within a few shorts weeks, he was gone.  There was a big collection of family and friends and loads of pictures of this generous and lovely man! We used to go to dinner with he and Karen and really enjoyed their company!  It was a shock to hear of his loss! 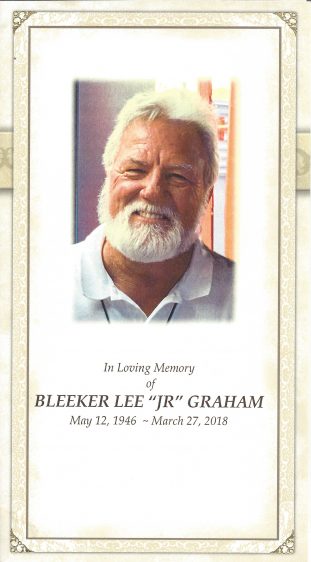 A man to look up too indeed!

We went home afterwards and freshened up before returning to Old Ranch to celebrate a graduation of Ingrid from college…with a degree in criminal justice. She is the daughter of one of the waitstaff, Victoria, who we have gotten to know quite well.  In fact we went to her 15th birthday which was seven years ago! 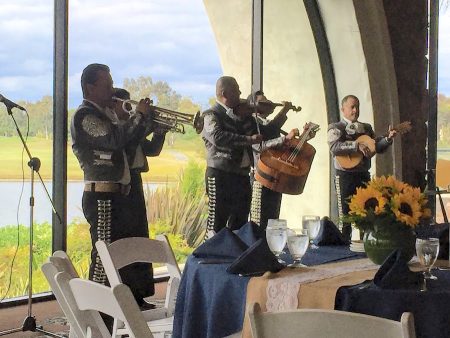 The band was a tad on the loud side but pretty good!

We stayed two hours as Sue’s back and Paul’s ears needed to rest!  One more stop before going home, the Garden Grove Elks! The hard white chair were killers!

We stopped by Garden Grove and Paul had dinner before heading home.  We met up with Donna and Bob, Leon and Marcia,  Jerry and _____, and Margo and Pat.  We chatted but it was time to go so we left just after 9:00 PM… We made final reservations for Mother’s Day and the Branders and going to join us at the Zaitz at Il Garage!  Wonderful! Sue’s back needed to get horizontal and Paul needed to get his PJs on!

Just an old retired guy trying to finish out my last years on this planet loving my best friend and wife, having fun, learning, and passing on helpful things to others.
View all posts by Paul →
This entry was posted in Food and Wine, Friends, Gardening and tagged Elks Lodge, Just Us, Old Ranch, Vegetable Gardening. Bookmark the permalink.
Powered by Maribol IMDB Plugin