Monday Set The Pace For The Week

Two alligators were sitting at the side of the swamp near the lake.
The smaller one turned to the bigger one and said, “I can’t understand
how you can be so much bigger than me. We’re the same age; we
were the same size as kids. I just don’t get it.”

“Well,” said the big gator, “what have you been eating?” “Politicians,
same as you,” replied the small gator.

“Down the other side of the swamp near the parking lot by the Capitol.”

“Well, I crawl up under one of their Lexus cars and wait for one to
unlock the car door. Then I jump out, grab them by the leg, shake
the crap out of them and eat’em!”

“Same here.” says the big gator. “Do you eat Democrats or Republicans?”

“I eat the Democrats” says the little guy.

“Ah!” says the big gator. “I think I see your problem. You’re not getting
any real nourishment. You see, by the time you finish shaking the crap
out of a Democrat, there’s nothing left but an posterior and a briefcase.

Soooo, enough politics!  Today is doctor’s day as we are going to the orthopedist to try and determine what is going on with Sue’s back pain.  We got up a little early as we have to be on the road by 9:45 AM to go over near Long Beach Memorial at 10:30 AM.  We arrived with a little tie to spare and met with Dr. Spenser.  Good guy!  After some X-Rays he is pretty sure it is a spine to Sacroiliac joint issue… maybe arthritis!

The sacroiliac joint connects the sacrum (triangular bone at the bottom of the spine) with the pelvis (iliac bone that is part of the hip joint) on each side of the lower spine. It transmits all the forces of the upper body to the pelvis and legs. There is not a lot of motion in the joint and it is very strong and stable.

While we do not know for sure, it appears as though the back (spine) is OK and no more loose screws but the joint has issues. We are blessed to be in today’s modern age of medicine! 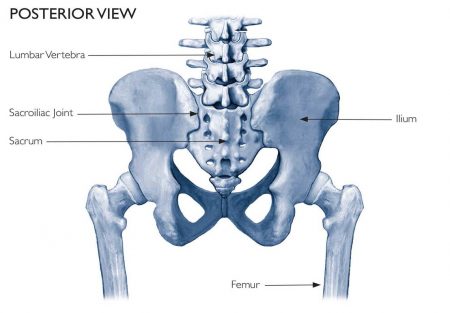 It’s a fairly long joint on both sides

Paul is a fan of “Amos N’ Andy” and remembers the time Andy was having back problems and called it his “Scaro Craker Jack”…a funny line!  They murdered the English language much like Abbott and Costello! Funny guys,  great show!

Random Memories:  Paul remembers the Amos N’ Andy Show from TV. The Amos ‘n Andy Show was produced from June 1951 to April 1953 with 78 filmed episodes, sponsored by the Blatz Brewing Company.  The television series used black actors in the main roles, although the actors were instructed to keep their voices and speech patterns close to those of Gosden and Correll.  Produced at the Hal Roach Studios for CBS, the show was among the first television series to be filmed with a multi-camera setup, four months before I Love Lucy used the technique.

Paul’s Mom and Dad would always watch the show and thought it was super…always funny.  We loved the ol’ rascal Kingfish!

Paul’s few liberal friends always railed about how the show was “racist” but that was a bunch of hooey!  Amos N’ Andy were no different than other comedic duo’s except that the others murdered the English language without a dialect! 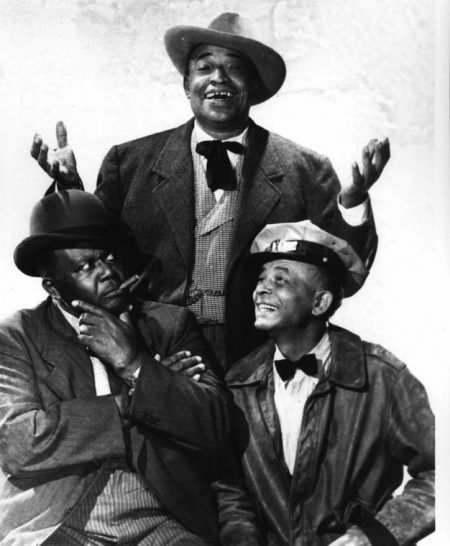 Check our Website for the introduction of the Amos N’ Andy cast by Gosden and Correll.

We headed home afterwords after scheduling an MRI for Tuesday, a bone scan on Thursday and a return visit for next Tuesday!  We have a bust week ahead of us!

When we got home, about 11:45 AM, we called Miss Robin and asked her to lunch… yes, with a lot of enthusiasm!  We met at California Pizza Kitchen in Seal Beach (Westminster and PCH) and had a super lunch sharing the latest news!

Upon returning home, Paul headed to Home Deport and got 10 pieces of 1 1/4″ PVC and some coupling so finish off the Blueberry cage!  After careful consideration, Paul made the cage out of 18 pieces of PVC pipe each exactly 6′ long making it a whopping 18’x6’x6′.  This will make it easy to reconstruct in upcoming years.

Did You Know? PVC was accidentally synthesized in 1872 by German chemist Eugen Baumann.[10] The polymer appeared as a white solid inside a flask of vinyl chloride that had been left exposed to sunlight. In the early 20th century the Russian chemist Ivan Ostromislensky and Fritz Klatte of the German chemical company Griesheim-Elektron both attempted to use PVC in commercial products, but difficulties in processing the rigid, sometimes brittle polymer thwarted their efforts. Waldo Semon and the B.F. Goodrich Company developed a method in 1926 to plasticize PVC by blending it with various additives. The result was a more flexible and more easily processed material that soon achieved widespread commercial use.

It’s Monday and that means Malarkey’s where we met up with Greg, David, and Irene.  We all shared a pizza and told tall tales, laughed, and giggled!

Returning home, we watch TB and Paul made chocolate chip cookies about 10:30 PM.

We watched the last of “Hart Of Dixie”…the last season was only ten episodes.  While it was quite entertaining and some fairly good acting, Paul was left with a bit of sadness that they seemed to portray sex as such a casual thing and of course the last three episodes they had to find a gay couple to foist upon the screen…checking a Hollywood box perhaps? It was, however, refreshing to see black and white folks all getting along and all having similar views of the world…like it should be in real life. All in all, it was OK.

Just an old retired guy trying to finish out my last years on this planet. I lost my best friend and wife in early 2020. I am involved seriously with a long-time friend, Mary, and life goes on.
View all posts by Paul →
This entry was posted in Family, Food and Wine, Gardening, Just Us and tagged Dining Out, Doctor, Vegetable Gardening. Bookmark the permalink.
Powered by Maribol IMDB Plugin